TYSON FURY promised to knock out Deontay Wilder before fighting Anthony Joshua as he signed his trilogy fight contract. 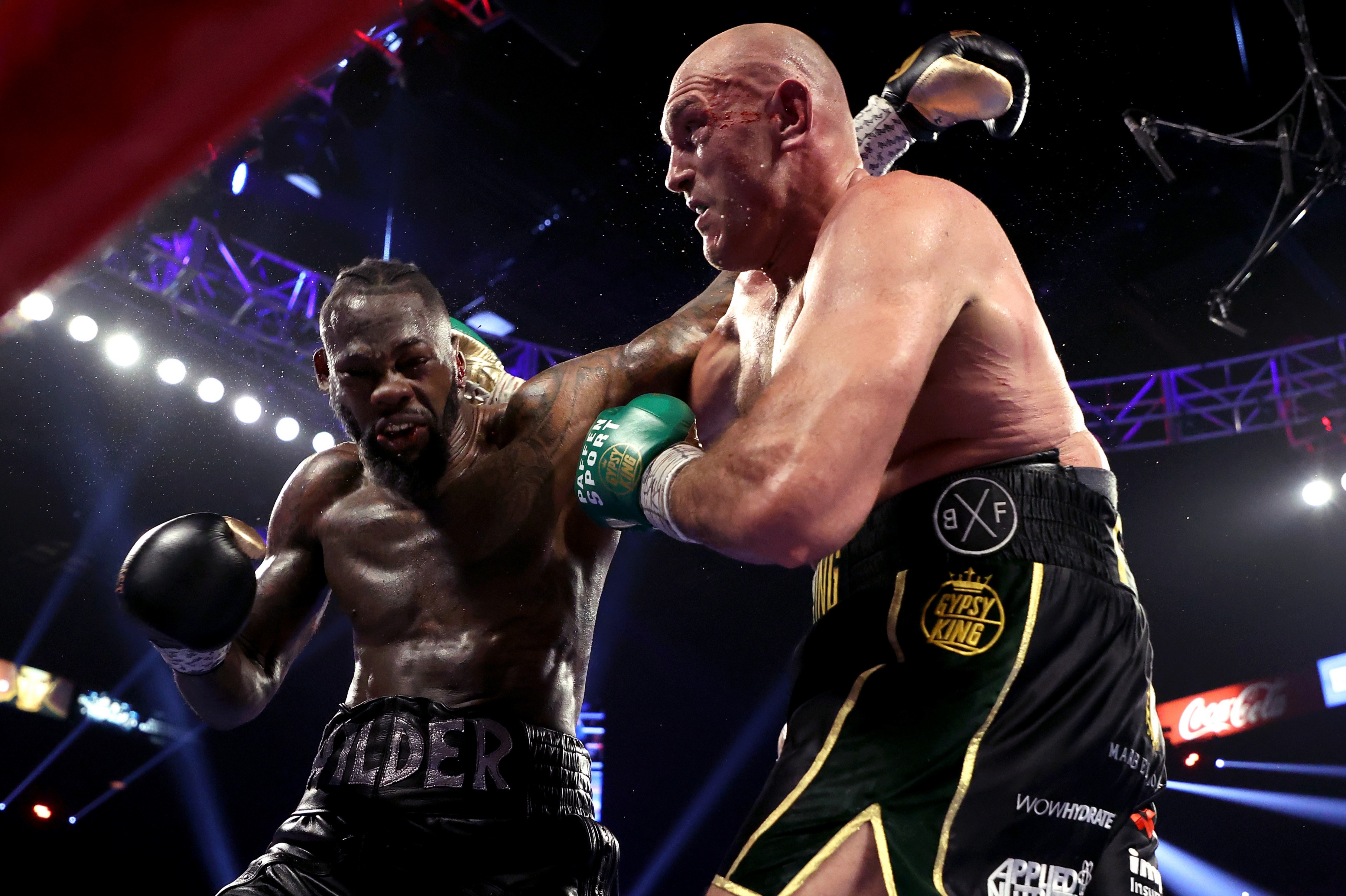 And he gatecrashed ESPN's broadcast of the fight to announce his next contest.

Wilder lost to the Brit in February of last year after being resoundingly outboxed across seven rounds.

That came after their 2018 draw for the WBC heavyweight belt and neither boxer has taken to the ring since the rematch.

Fury insisted he will demolish Wilder in their trilogy bout, which is tipped for the 65,000 capacity Allegiant Stadium.

He added: "I think he’s going to give a good roll of the dice. This is his last hurrah.

"I’ve got his heart, his soul, his mojo – every bit of substance of Deontay Wilder, I’ve got it right here in my pocket. I’ve carried it around with me for the last 18 months.

"He’s a glutton for punishment. He’s an idiot. He got absolutely dismantled and smashed to bits in our last fight, and he wants that all over again.

"He’s telling people I’ve cracked his skull, I’ve injured his shoulder, I’ve done his biceps. But yet he wants to get in there with me again. He’s either one of two things: Absolutely crazy, or he’s a sucker for punishment."

Fury had been set to finally face Joshua in a huge unification showdown in August.

The Saudi Arabia fight had been confirmed by the Gypsy King only last week, before a US arbitration panel ruled that he had to settle an earlier contract with Wilder.

Fury claimed: "AJ’s got a big mouth and no substance.

"He says I’m the one who does all the talking, but if I didn’t talk, boxing would be stone dead. Because I’m the only character alive left in it.

"Let’s say that for a fact. It happens this year. I’m gonna deal with this mug, Deontay Wilder, I’m knocking him out cold, and then I’m going to deal with the other guy straight away."