TYSON FURY taunted rival Deontay Wilder by wearing a stunning bespoke suit with the WBC belt all over it.

The two heavyweights will have their trilogy scrap this weekend in Las Vegas. 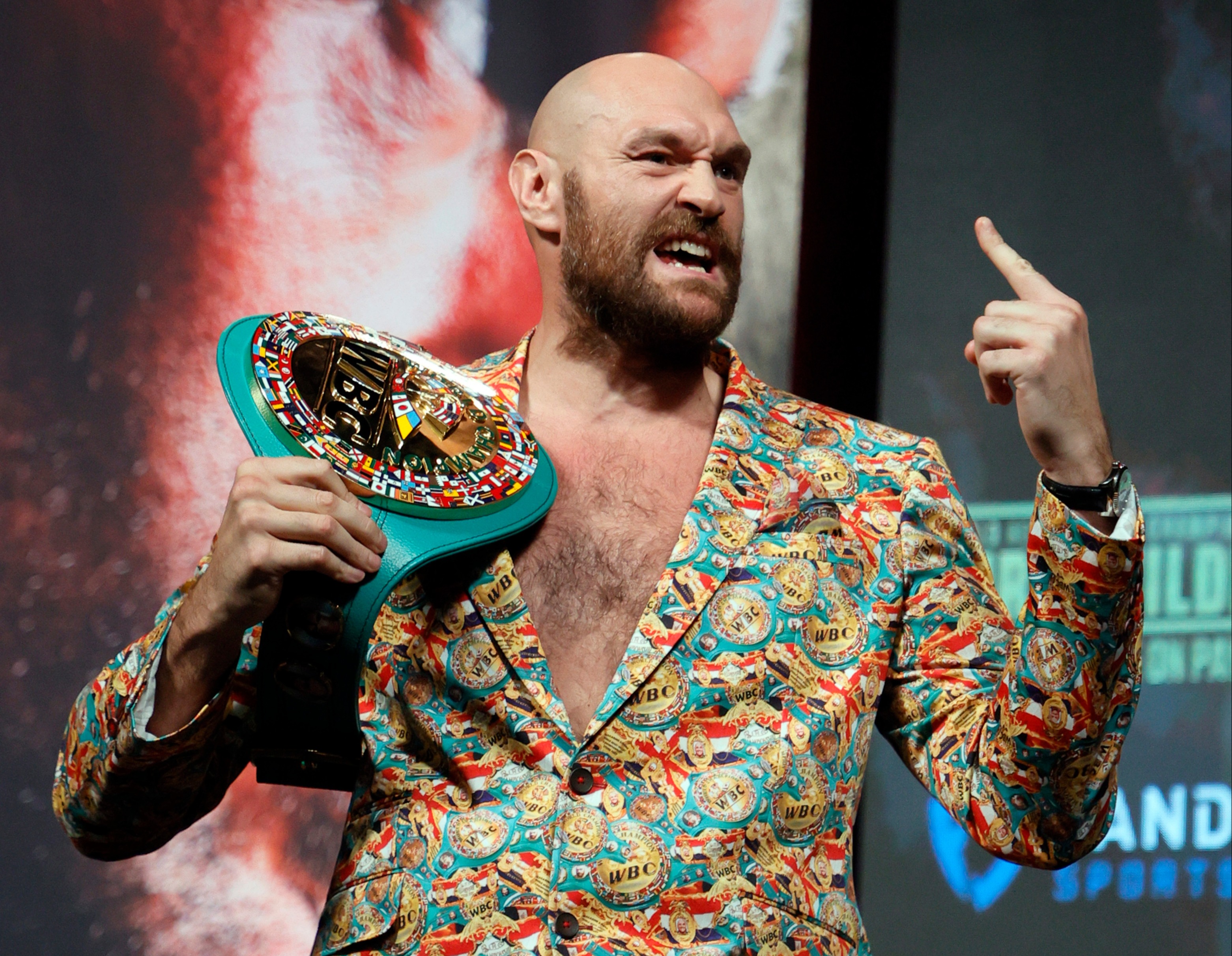 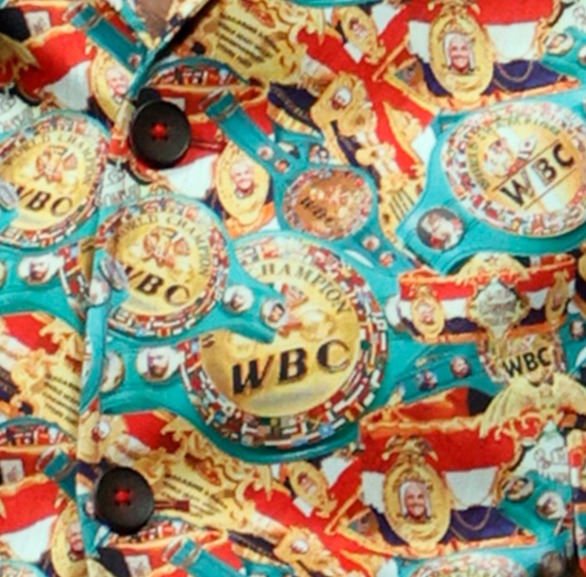 Fury battered Wilder from pillar to post in February 2020 to snatch the American's WBC strap.

It also saw Wilder suffer his first ever pro defeat – and in crushing style.

Ahead of their third fight this weekend, the two had their final press conference – and once again Fury was dressed to impress.

He wore an eye-catching suit – without a shirt – that showed Wilder what he once used to have.

Plastered all over the fabric were images of the iconic green WBC belt, which will be on the line this weekend.

Fury, who once dressed as batman for a presser, has previously wore a suit featuring images from his KO of Wilder when faced with the Bronze Bomber.

BETTING SPECIAL: GET 30/1 ON FURY OR 50/1 ON WILDER FOR HEAVYWEIGHT BOXING CLASH

The press conference was, as you'd expect, a fiery affair, with Fury telling Wilder he was a 'weak man' and would be 'getting knocked out'.

And there was certainly fire in the belly of Fury's US promoter Bob Arum.

The 89-year-old was incensed with broadcaster Fox Sports and presenter Kate Abdo for suggesting the two fighters were going to come together.

Arum even shouted out from the crowd "Not a good idea!" when Abdo raised the prospect.

However she then quickly changed her mind – suggesting it was Arum's intervention which prevented the face-off happening. 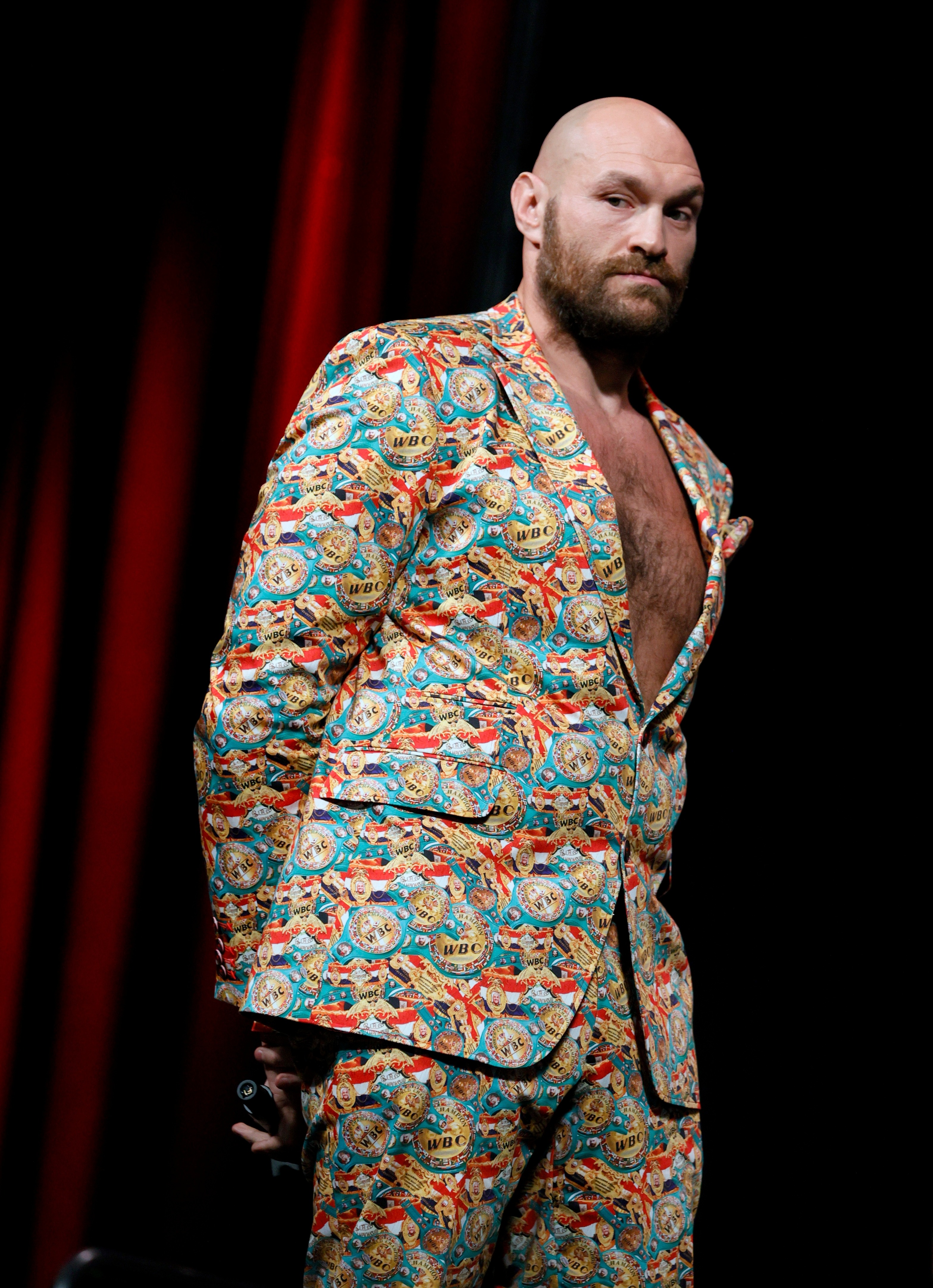 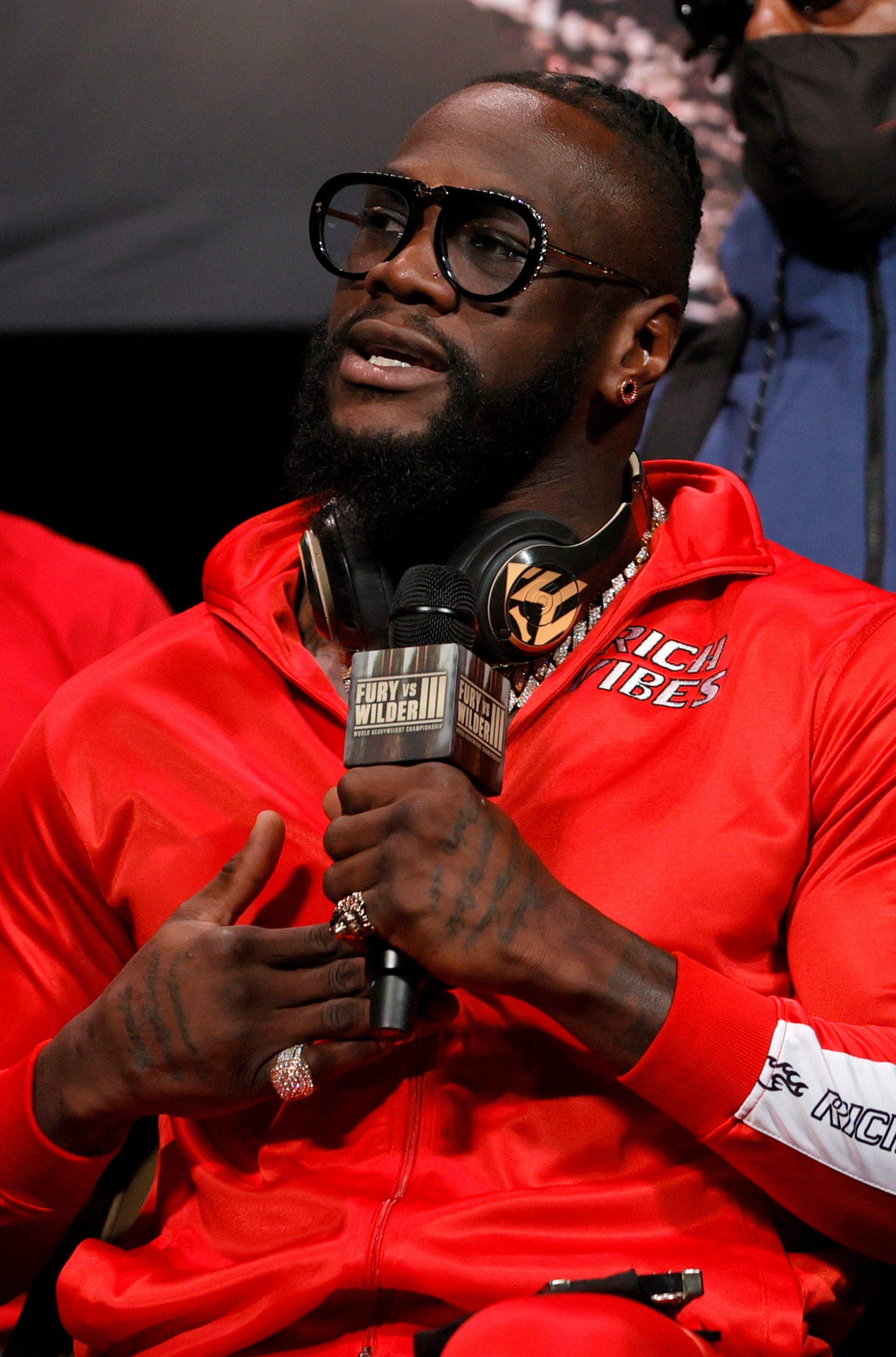