THE UFC returns to pay-per-view action this weekend with a tasty card from Houston, Texas.

UFC 262 will take place in front of a sold-out crowd at Houston's Toyota Center – which will host just over 18,000 fans. 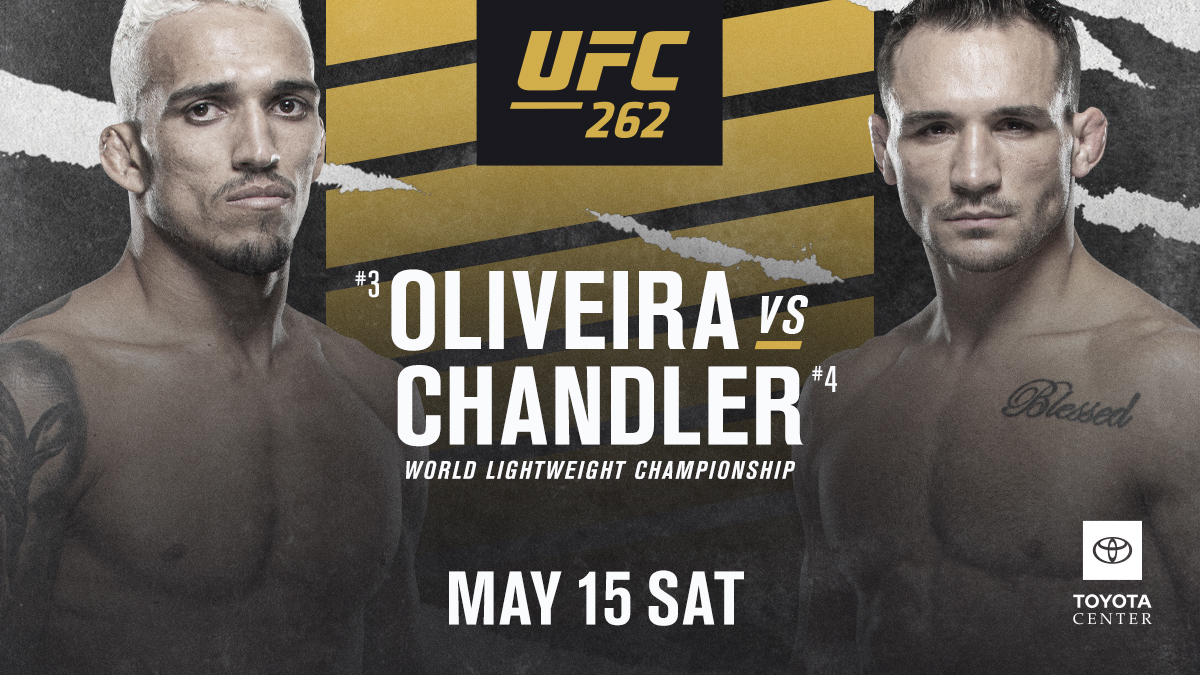 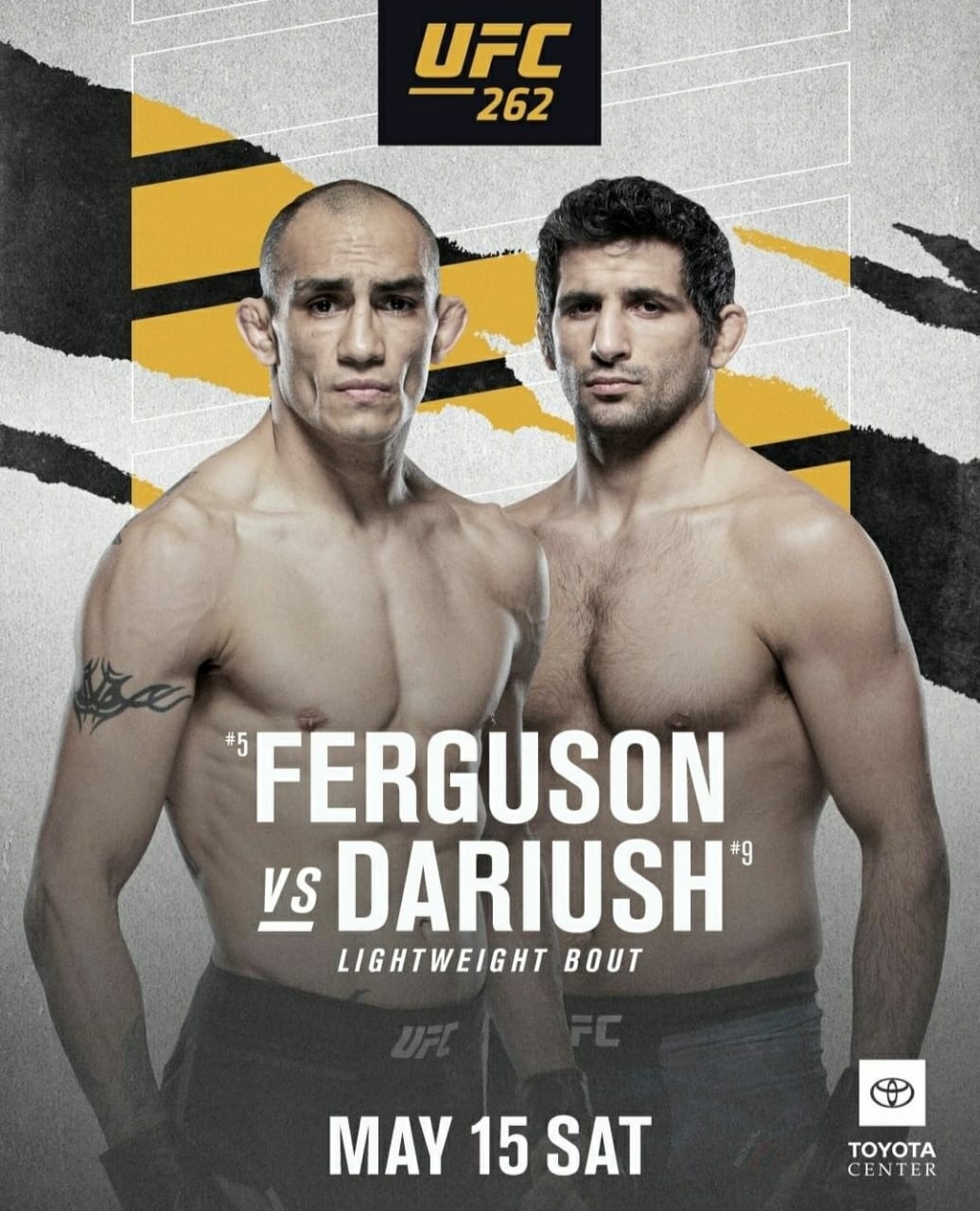 Lightweight standouts will also feature in the co-main event of the evening, which is very much a crossroads match-up.

And our man is anticipating Chandler and Dariush to be victorious in their respective Texas tussles.

Check out Chisanga Malata's tips for this weekend's card below:

The vacant lightweight title fight – which will crown Khabib Nurmagomedov's successor – is a fascinating style match-up.

UFC veteran Oliveira – who has won his last eight in a row – is a Brazilian jiu-jitsu phenom and the owner of the most submission victories in the promotion's history.

Nine times out of ten, it's a wrap for opponents once Do Bronx gets a hold of their limbs or their neck.

New fan favourite Chandler, however, has incredible submission defence – although he's mostly utilised his strength to power out of holds.

In terms of the striking, Chandler undoubtedly has an advantage when it comes to power. 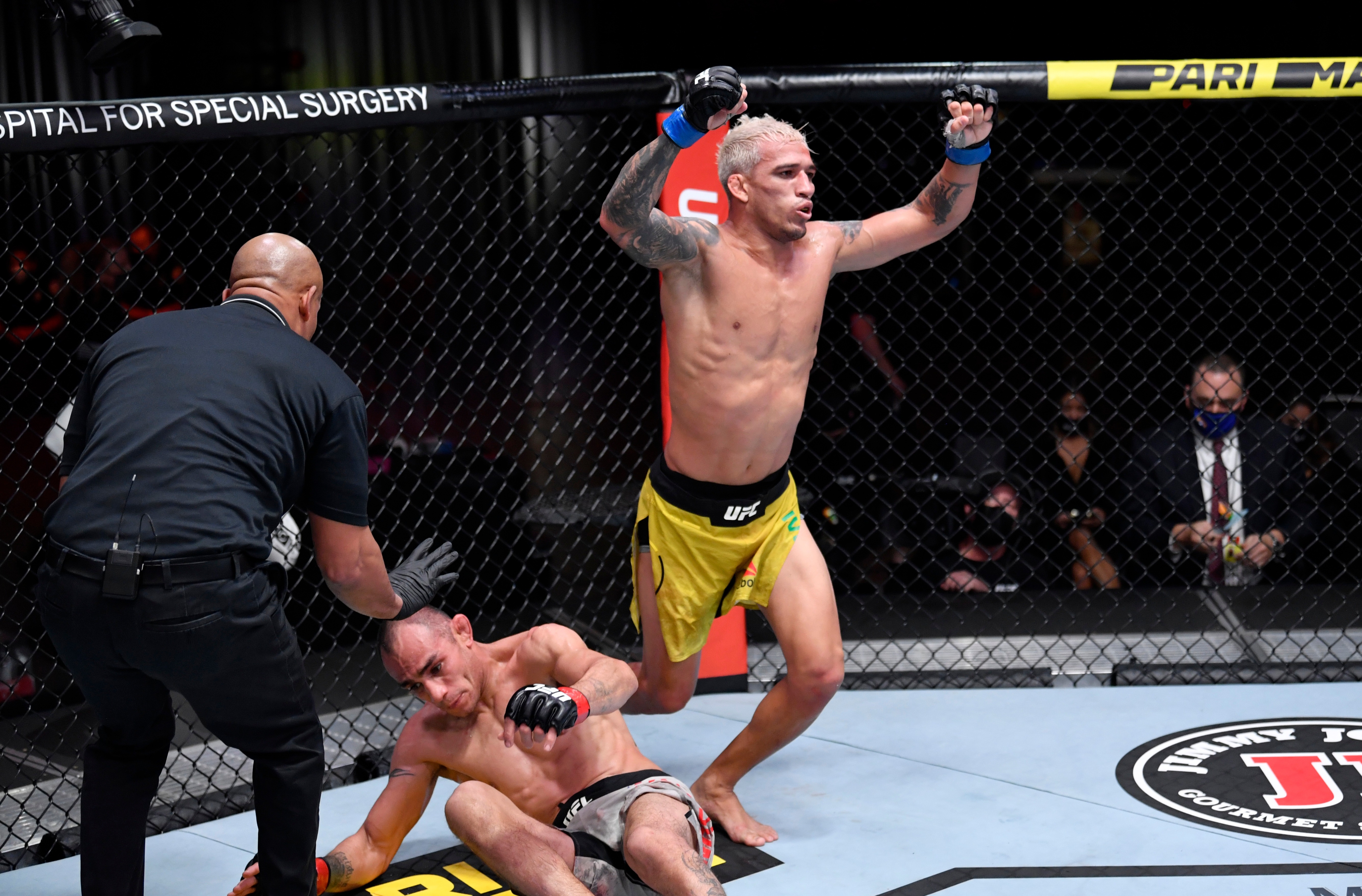 Iron Michael possess dynamite in both hands, which he showed to devastating effect in his debut against Dan Hooker in January.

Oliveira, however, has shown a more diverse range of striking as of late – in particular in his victory over Kevin Lee last March.

The most in-form 155-pounder in the top-15, however, has shown a tendency to start slowly in big fights and wilt under pressure.

And pressure is exactly what the dynamic and fast-paced Chandler brings from the get-go.

Oliveira will provide Chandler with one of the tougher tests of his career, although it won't be enough to derail the Sanford MMA standout. 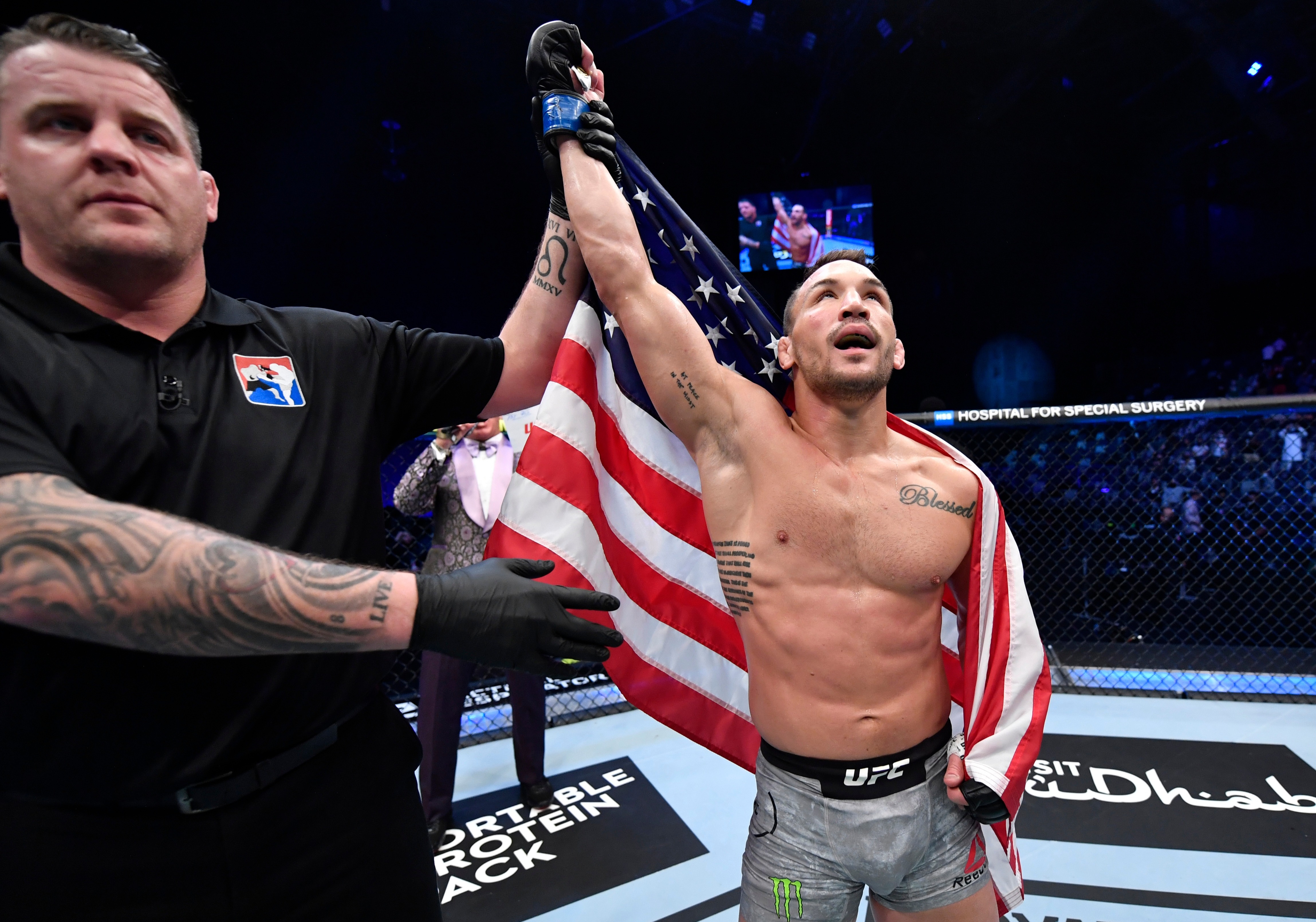 UFC 262's co-main event between Ferguson and Dariush could potentially be a changing of the guard.

For years, fan favourite Ferguson was considered to be the boogeyman of the lightweight division – and for good reason.

That dominant run, however, is now a thing of the past following back-to-back losses to Justin Gaethje and Oliveira. 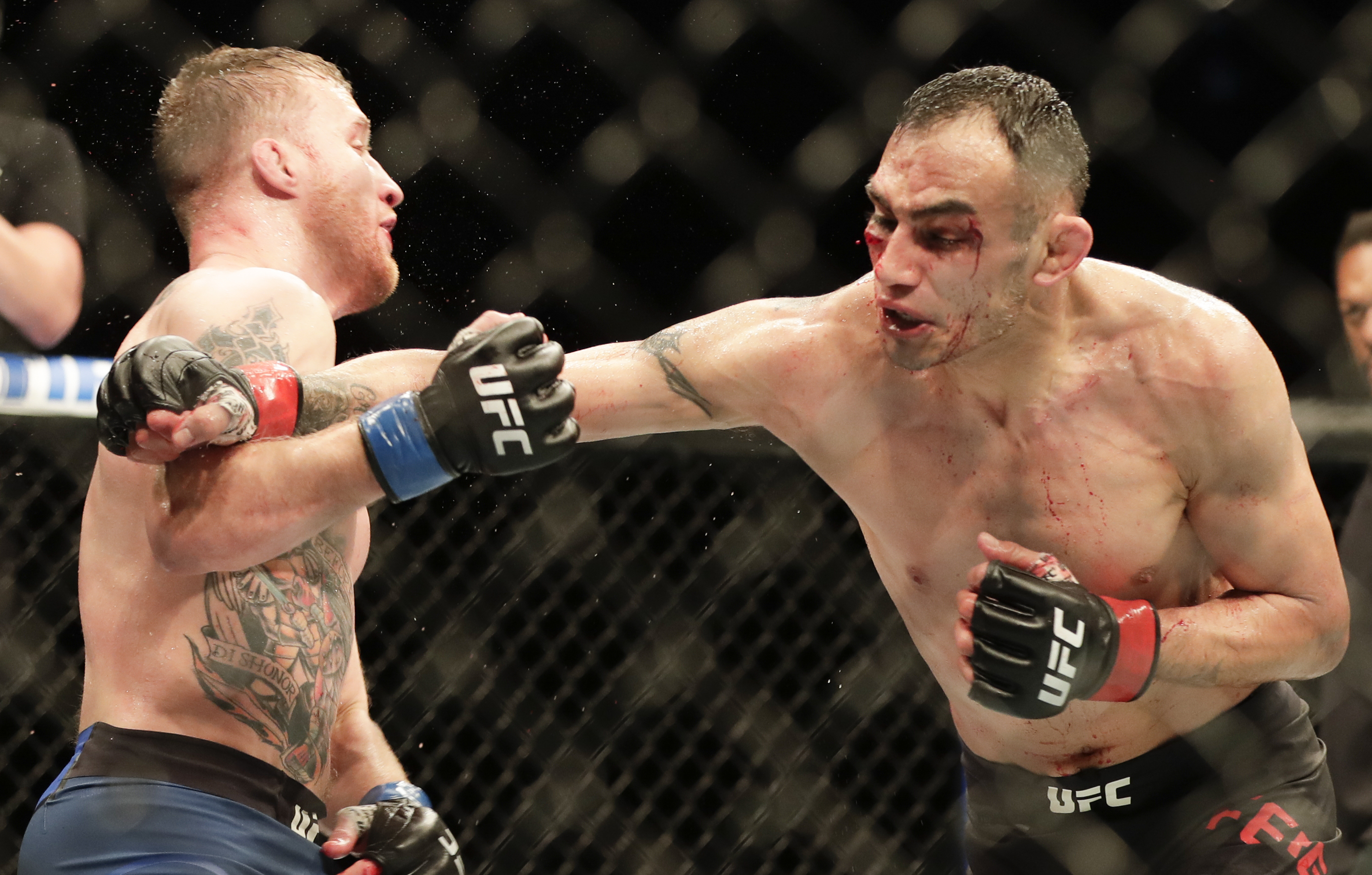 Ferguson, 37, looked an almost weathered fighter in both defeats – the former of which left him with horrific lacerations on his face.

Dariush, on the hard, couldn't be any further away from weathered.

The 32-year-old Iranian is on a six-fight win streak and has showcased drastically improved striking in his last three fights.

It may not be as unorthodox and exciting as that possessed by enigmatic Ferguson, but it's fast becoming one of the best skill sets in the division.

Ferguson will need to be on his A-game if he's to snap his current skid, although that looks unlikely given his recent performances and the damage he's taken.

£20 Risk Free: New customers only. Place your FIRST bet on any sportsbook market and if it loses we will refund your stake in CASH. Max refund for this offer is £20. Only deposits made using Cards or Apple Pay will qualify for this promotion. T&Cs apply. Paddy's Rewards Club: Get a £10 free bet when you place 5x bets of £10+. T&Cs apply. 18+ Begambleaware.org