UFC star Alistair Overeem 'choked on his own blood' after brutal smash to face from Alexander Volkov, claims rival

UFC legend Alistair Overeem ‘choked on his own blood’ after being smashed by Alexander Volkov.

The two men engaged in a bloody war on Saturday but it was Russian who emerged victorious in brutal fashion. 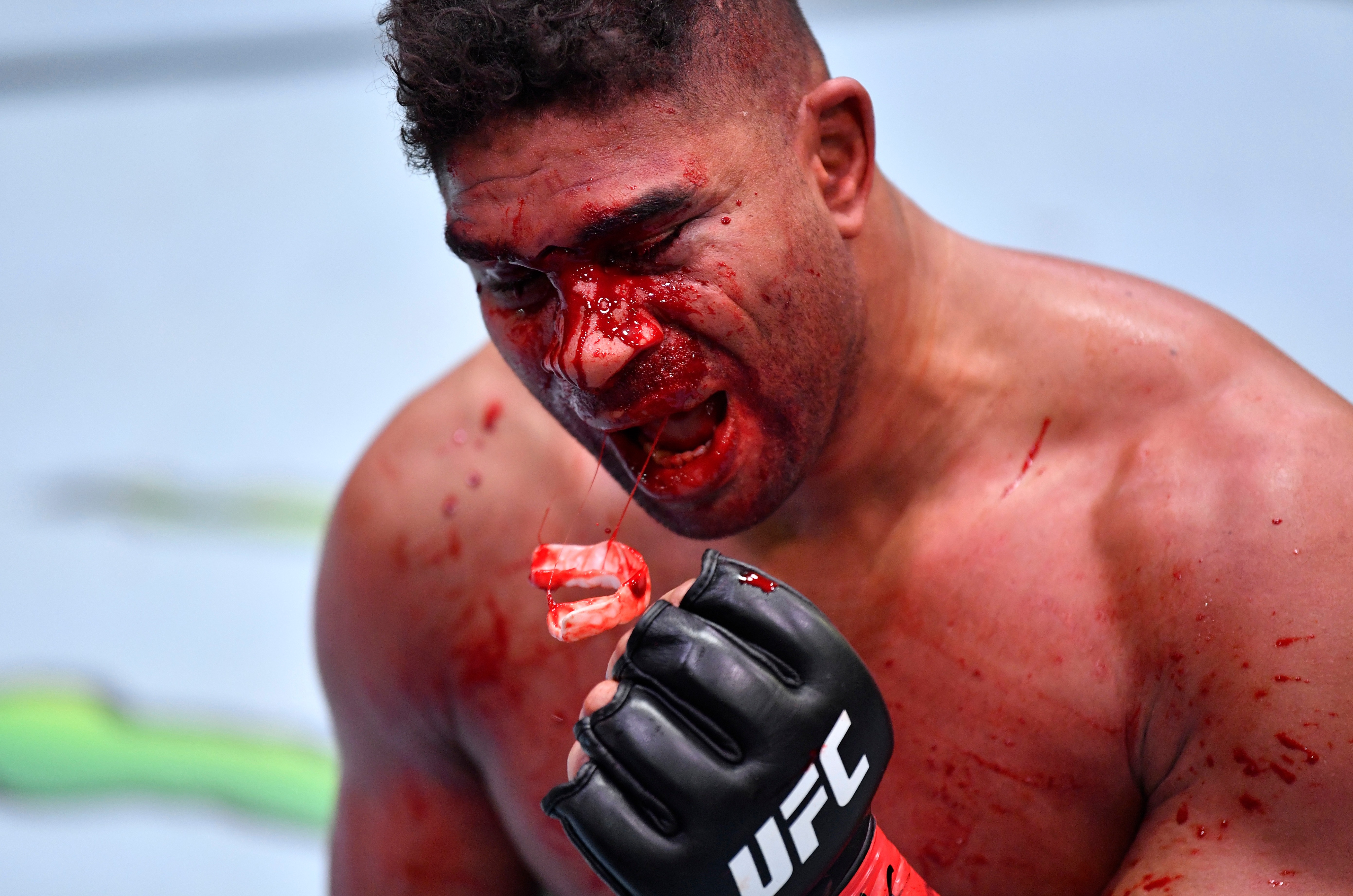 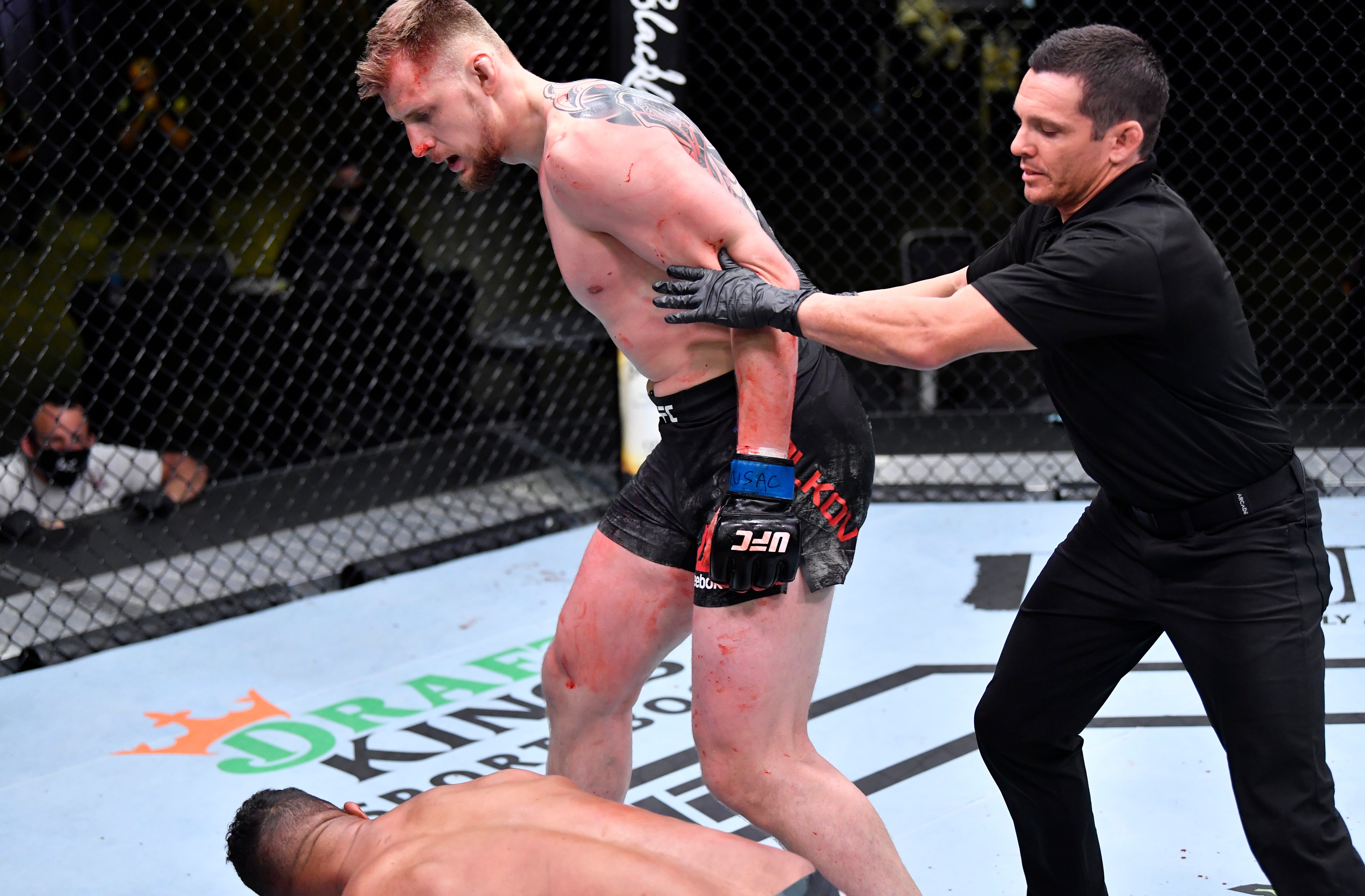 And now he has revealed how his overpowered foe was struggling to breathe during his gory defeat, which resulted in him being medically suspended for six months after being taken to hospital afterwards.

Volkov told Sport24: “In the end, it turned out [that I was able to] smash his face so that he choked on the blood.

“I don't know if this can be seen in the video, but I felt like he was constantly trying to either sniff his nose or something else.

“I heard that it was hard for him to take a breath. I remember hitting him hard and wondering how he stood on his feet.

“In the second round, when he suffered a huge number of punches, it is difficult to say that he was not in shape.

“Take any person and hit him with 20 or 30 blows on the head. I think after this anyone would be out of shape.”

Volkov continued: “If you look at his training camp, he brought in many guys like me: two meters tall, hitting [hard]. He studied me seriously.

“It’s just that Alistair didn’t calculate that I would hit with my hands so hard and sharply, breaking through his defense.”

He added: "In fact, from the beginning of the first round it was hard for me. I even doubted myself.

"In my opinion, he came out in good shape and was waiting for my mistake. Several times I came close to getting it wrong."

Drago put on a striking clinic as he picked apart the former K-1 Grand Prix champion inside the UFC's empty Apex Center in Las Vegas.

And without live fans in attendance the sound of Volkov's flurry of punches connecting was deafening.

The second round finish came when the Russian landed a straight right through 40-year-old Overeem's high guard before dropping him with a left hook.

The latter shot instantly brought the Demolition Man to his knees and referee Jason Herzog then put a stop to the contest with the veteran suffering a badly broken nose.

Now doctors have ruled Overeem cannot compete until August 6 unless he gets his nasal bone fracture medically cleared, according to MixedMartialArts.com.

That halted a two-fight winning streak for the star and scuppered his chances of moving up the rankings and earning a UFC heavyweight title shot.