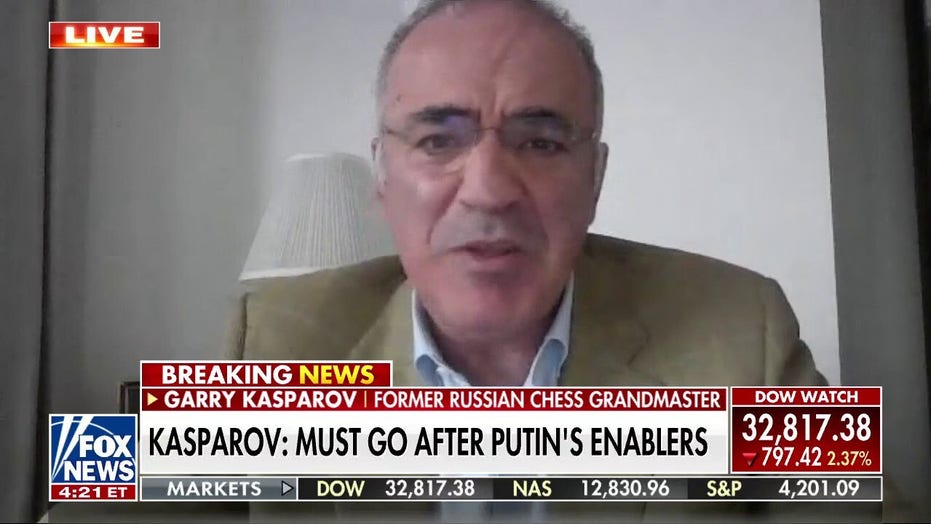 Ukrainian Paralympic athletes have taken Beijing by storm and have risen to near the top of the leaderboard while competing with heavy hearts as their home country is invaded by Russia.

Heading into Tuesday’s events, Ukraine had a total of eight medals – tied with the U.S. and Germany. However, the team was behind Canada, which had 12, and China, which led the way with 25, including seven gold medals. Ukraine is tied with Canada with four gold medals each. 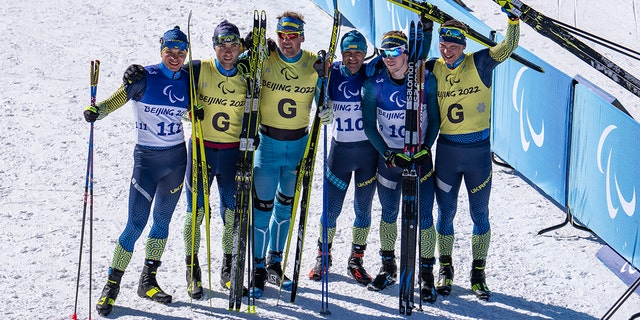 Ukrainian Paralympic Committee President Valeriy Sushkevych told reporters last week that it took more than four days for the team to get to Beijing.

“It is 25 years I am president of the national paralympic committee of the Ukraine. And never was it so difficult, so heavy to come to the Paralympic Games.”

Sushkevych added that it may not be so easy going back home – especially if the fighting continues and escalates.

“Going back home is not simple. I hope the international community takes a real step during the Paralympics to stop this war,” he said.

While there’s chaos back home, Ukrainian Paralympic athletes have found some success on the playing field. Read below for a look at the athletes who have racked up medals so far. 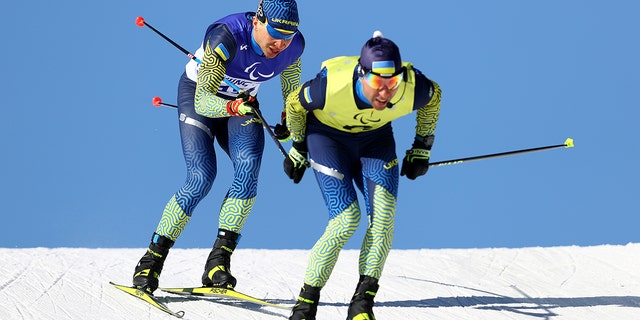 Oleksandr Kazik of Team Ukraine and his guide Serhii Kucheruavyi compete in the Men’s Sprint Vision Impaired Para Biathlon during Day One of the Beijing 2022 Winter Paralympics at Zhangjiakou National Biathlon Centre on March 05, 2022 in Beijing, China.
(Michael Steele/Getty Images) 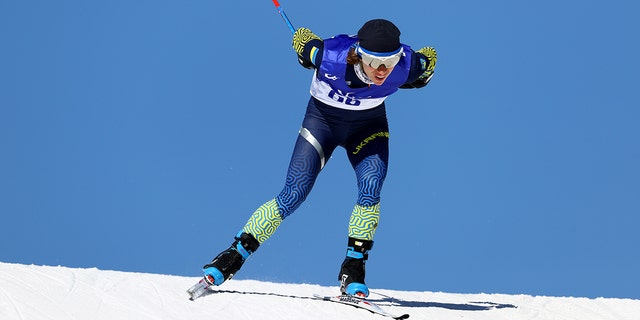 Liudmyla Liashenko took home a silver medal in the women’s biathlon 6-kilometer standing event. She finished just behind China’s Yuije Guo and ahead of Yuije’s teammate Zhiqing Zhao. It is Liashenko’s second career medal. She won bronze in the same event in Pyeongchang in 2018. 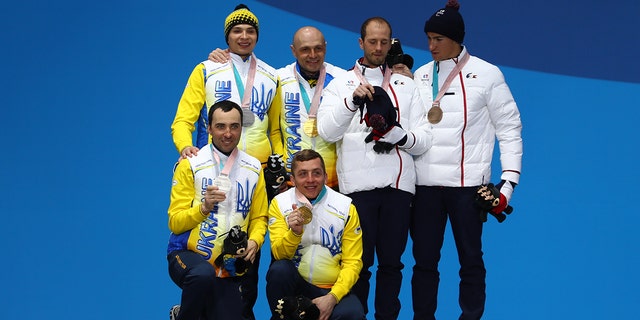 Vitaliy Lukyanenko picked up a gold medal for Ukraine. He won the men’s biathlon 6-kilomoeter visually impaired, finishing just ahead of Kazik and Suiarko in the event.

Lukayanenko is a decorated Ukrainian para-athlete. He came into the Paralympics with six gold medals to his name already dating back to the 2006 Games in Torino. 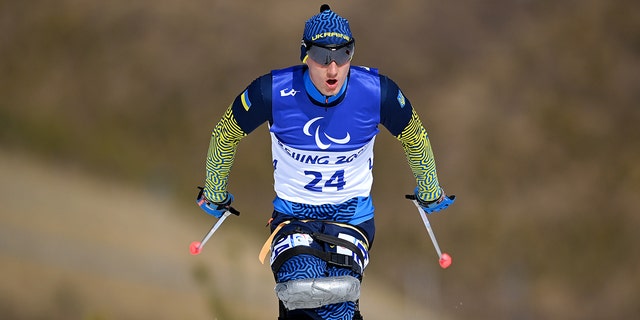 Taras Rad of Team Ukraine competes in the Para Cross-Country Skiing during day two of the Beijing 2022 Winter Paralympics at on March 06, 2022, in Zhangjiakou, China.
(Alex Davidson/Getty Images for International Paralympic Committee)

Taras Rad came through with a silver medal in the men’s biathlon 6-kilometer sitting. The 22-year-old won his second Paralympic medal with his first coming in the 2018 Paralympics. Rad finished behind China’s Liu Zixu and Liu’s teammate Liu Mengtao. 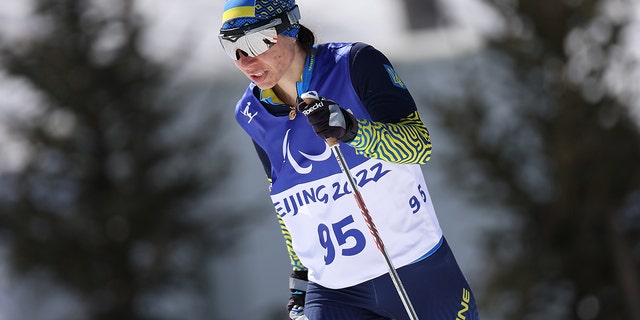 She beat out Germany’s Linn Kazmaier and Leonie Maria Walter in both categories. 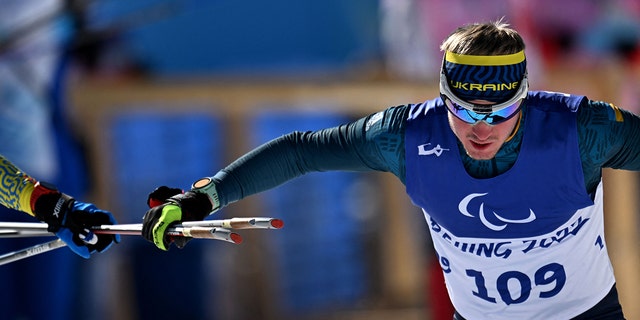 Ukraines Dmytro Suiarko grabs his poles from his guide in the mens sprint vision impaired biathlon event on March 5, 2022, at the Zhangjiakou National Biathlon Centre, during the Beijing 2022 Winter Paralympic Games.
(LILLIAN SUWANRUMPHA/AFP via Getty Images)

Dmytro Suiarko added to Ukraine’s medal count with a bronze in the men’s biathlon 6-kilometer visually impaired. He finished behind teammates Lukyanenko and Kazik. 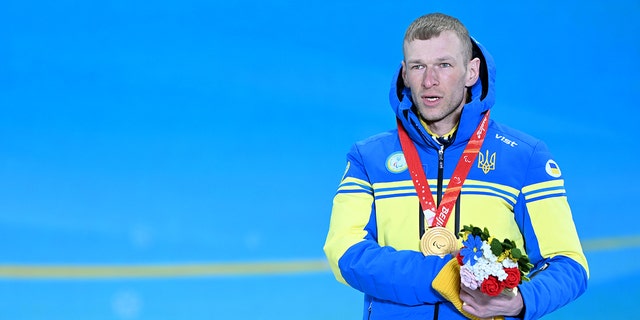 Grygorii Vovchynskyi won a gold medal in the men’s biathlon 6-kilometer standing. Vovchynskyi beat out Germany’s Marco Maier and Canada’s Mark Arendz. It was the first Paralympic gold medal of his career after having won silvers and bronzes in the 2010 Vancouver Paralympics. 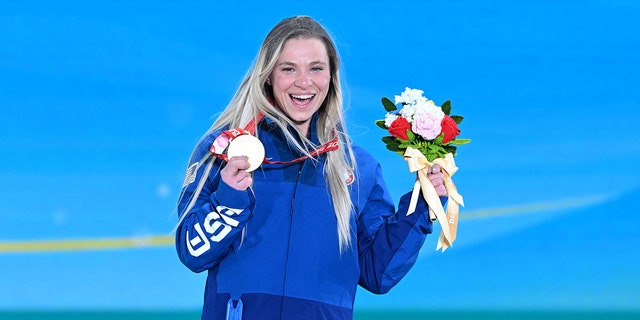 Oksana Masters, who was born in Ukraine and later adopted by an American, competes in the Paralympics for Team USA.

After winning a gold medal on Sunday in the 6-kilometer sitting para biathlon, she wrote on Instagram she felt “so much pride” seeing the Ukrainian flag at the Games.

“It has been difficult to find my passion and desire to compete at these Games amid the war my home country of Ukraine is enduring. I feel selfish, helpless, and guilty for being here,” she wrote. “However, I have always been so proud to be Ukrainian, felt so much pride at the sight of the Ukrainian flag, and now more than ever, I am the proudest to say I am Ukrainian. My mom always said my Ukrainian heart made me resilient; it made me a fighter.

“As the Winter Paralympic Games begin, I am reminded how sport has always had the power to unite the world. I will be racing for more than just my own goals, more than a spot on the podium. Every pole stroke, I will be racing for the families and kids in Ukraine with disabilities. While the Ukrainian people are fighting for their homes and peace, I want to make every start line and finish line mean something much bigger than a race or a result. I want to help make sure no child is forgotten. I know how it felt to be a child in Ukraine with disabilities where the resource for medical help was slim to non-existent – more now in the midst of a war.”