The University of Texas-San Antonio (UTSA) dropped the slogan “Come and Take It” ahead of its first home game over the weekend amid concerns about potential racial connotations associated with it.

UTSA President Taylor Eighmy issued a letter to students, staff and faculty on Sept. 7, announcing that the rallying cry would not be used at athletic contests. At football games, a flag reading “Come and Take It” would be unfurled during the fourth quarter along with the firing of the cannon. The tradition was paused last season as fans were not allowed at games due to the pandemic. 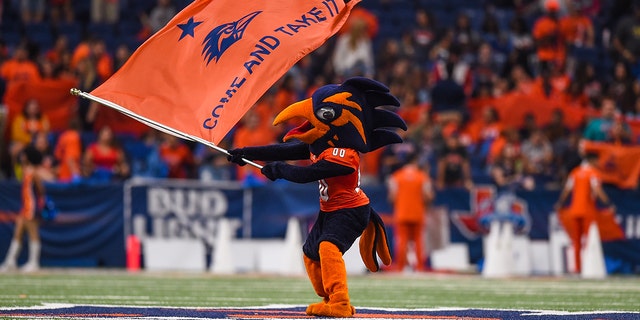 He said the rallying cry had been “increasingly affiliated with cultural and political issues beyond its traditional historical context” and has been “incongruent” with UTSA athletics.

“In the time since it was last used at a home game on Nov. 23, 2019, the phrase has been adopted by organizations and movements across the political spectrum. A simple online search of webpages, articles and images involving this phrase reveals the myriad of ways numerous organizations have adopted it for their particular cause. Many of these organizations have values and agendas that differ significantly from ours and our clear focus on excellence in intercollegiate athletics and higher education,” he wrote.

The tradition was adopted in 2016 in hopes of using it as an inspirational call for fans to rally around their team and challenge opponents. The phrase originally came from a skirmish during the Texas revolution in 1836 in Gonzales, Texas. The slogan was a challenge to Mexican forces to “come and take it,” referencing their cannon, according to Britannica.

An online petition called for the school to stop using the slogan, saying it has “both anti-Mexican and pro-slavery sentiments.”

“It has carried those white supremacist beliefs from 1835 to today, and in that time has also been widely adopted by anti-government, pro-gun extremists, such as at the January 6th insurrection at the US Capitol,” the petition read.

The UT System Board of Regents Chairman Kevin P. Eltife did not support UTSA’s decision.

“The UTSA president announced that he was ending the recent practice of displaying a large Come and Take It flag at football games. While he explained this was because of recent use of the flag by some groups for their particular causes and not connected to the flag’s historical context, such symbols have deep meaning for many Texans who value our state’s history,” Eltife said in a statement. 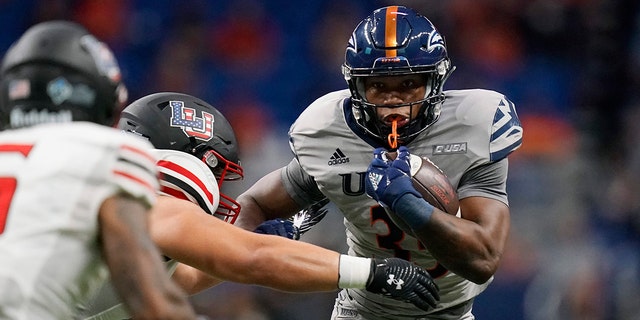 “The Board of Regents does not support abandoning traditions and history that mean much to students alumni, and other Texans. I am very disappointed with this decision and will immediately ask our Board to establish policies that ensure that the governing body of the UT System will have the opportunity in the future to be consulted before important university traditions and observances are changed.”

According to the San Antonio Express-News, fans chanted the slogan and brought their own flag to the game anyway.