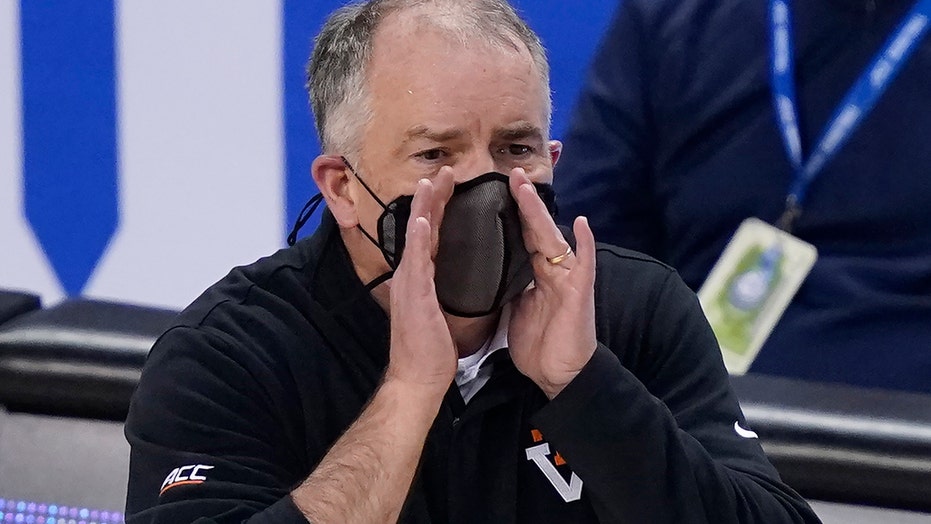 Young, who is in his second season as the Hokies’ head coach, attempted to say they were taking their matchup with the Florida Gators seriously but ended up making the crass comment.

“This is it. This is one game and if you play poorly or get outplayed, I’m going to be walking out the hall after talking to you guys via Zoom, and there’s going to be an NCAA representative telling me, ‘Your plane leaves in 45 minutes. Good luck to you. Go get your stuff packed and get out of here.’ It may not be that tough, but let’s play well and play a good ballgame. Let’s see what happens.”

“Earlier today on the NCAA tournament conference call, I attempted to show my respect for our upcoming opponent, the University of Florida. Regrettably, I didn’t articulate that sentiment in an appropriate manner,” Young said. “I apologize for my insensitive remark and am sincerely sorry for anyone I may have offended.”

Young was named the ACC Coach of the Year for going 15-6 overall and getting Virginia Tech back to the tournament.

The Hokies are the No. 10 seed in the South Region and play the Gators Friday afternoon.