Virtual Cycling and Real Cheating: Cracking Down on ‘Digital Doping’

A highly anticipated race on Wednesday, sponsored by the Zwift cycling app and the sport’s world governing body, will test new controls on cheating in virtual competitions. 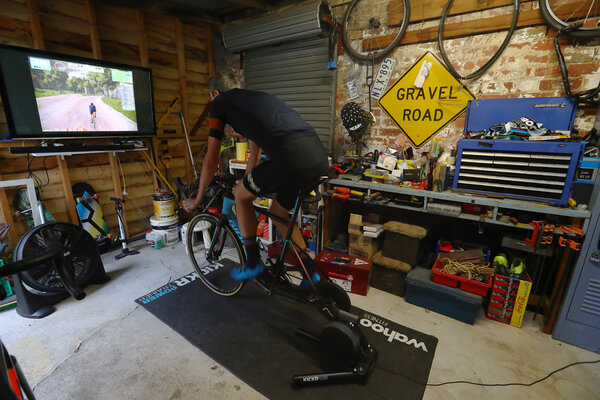 The cat-and-mouse battle between athletes who cheat and those who try to find them has gone digital.

With a proliferation of online endurance events during the pandemic, catching cheats is the challenge faced by companies like Zwift, which produces an app that allows amateur and professional cyclists and runners to compete against one another from home. Now, the company is trying to crack down on so-called digital doping, or the practice of manipulating race data to either improve digital performances or cover up human or technical errors.

“There’s so much cheating in Zwift that I think a lot of people would like to see more accountability,” said Ray Maker, who writes the endurance sports technology blog DC Rainmaker.

Yet professional athletes publicly accused of gaming the system by Zwift said that they did not intentionally cheat and that they had been made scapegoats as the company tries to show it is taking the matter seriously.

The pressure has been on to get the process right, especially leading up to a new event, the U.C.I. Cycling Esports World Championships, which the Union Cycliste Internationale, the global cycling governing body, is hosting on Wednesday.

It will be a race of 50 kilometers (about 31 miles) on Zwift’s virtual island Watopia, with each of the more than 130 entrants from 22 countries represented by an avatar. Male and female winners will be awarded 8,000 euros, or about $9,700, and a rainbow-striped champion jersey (both digitally and physically). The second- and third-place finishers will receive 4,000 and 2,000 euros.

Instead of the race’s taking place in an arena, as originally planned, riders will compete from their place of choice because of the pandemic. And so in addition to traditional antidoping controls to bar the use of performance-enhancing drugs, there will be data analysis to avoid digital doping, too.

“We feel confident in the ability to catch cheaters and to police the races,” said Chris Snook, a spokesman for Zwift.

To try to prevent the use of performance-enhancing drugs, the U.C.I. requested that athletes be part of an antidoping pool, which includes having proof of a biological passport (a record of biological markers following tests), providing their whereabouts for random testing in and out of competition, and complying with World Anti-Doping Agency policies.

A group called Zwift Accuracy and Data Analysis, made up of sports scientists and technical experts, will analyze riders’ race data. It will look at the riders’ race files registered on Zwift and on a second device, and inspect metrics from power meters and heart rate monitors to compare the athletes’ digital race performance to their past data.

Cyclists will race on bicycles mounted to turbo trainers, which are static devices used for riding bicycles indoors. Participants will all use the same model of turbo trainer as it requires no calibration — removing one potential route to cheating — and allows more standardized readings.

The data that determine race rankings are captured from the turbo trainer and include power, power per kilogram of the rider, cadence and speed. Within 24 hours of the start of the event, participants will also have to submit their height and weight through a recorded video process, providing additional data that will influence the rider’s power per weight numbers and final rankings. 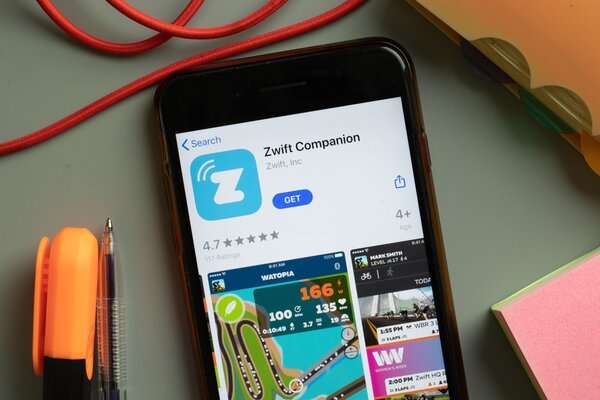 When the race is over, athletes need to manually upload the second race file that they record on a second device connected to a power meter (usually a pedal or another device in their crank arms or chain rings). This second file is crucial for double-checking the validity of the first file registered on Zwift.

There have been several accusations of digital doping since 2019, when British Cycling stripped Cam Jeffers of his Cycling eRacing Championship title; he was barred from all races, real and virtual, for six months.

In November, news broke that two racers had been barred for six months from Zwift races for “fabrication or modification of any data” and “bringing the sport into disrepute,” according to a sentencing decision by Zwift.

The athletes — Lizi Duncombe of Britain and Shanni Berger of Israel — were accused of providing manipulated files.

Duncombe has denied cheating; instead, she wrote on Facebook, her bike computer ran out of battery during the race, which meant she could not find a complete race file to upload. “I had a file that looked like the warm-up, and it was the only thing I could find, so I sent it,’’ she wrote.

A friend offered to help her find a full file, she wrote, but Zwift disqualified her after recognizing that the first file was a warm-up file. The second file she uploaded ultimately seemed to be an incorrect file, too — at which point, she wrote, she was accused of tampering.

In Berger’s case, the initial problem was that she had linked the wrong device (her power meter, rather than her trainer) to her online race, Zwift wrote. This disqualified her. Berger’s team provided Zwift with additional data from the race to prove Berger’s results, but those files had been manipulated, Zwift concluded.

Berger said that she was still confused about the incident and that she did not intentionally commit any wrongdoing. “I was positive that I connected my trainer,” she said. “I don’t see any reason for me to connect my power meter. It doesn’t make any sense. I even did a test before and sent everything to the director.” As for the accusation that files were manipulated, she said she did not know: “I think now everything is possible, but I don’t want to blame anyone, and it’s not my place to say.”

Berger, 19, said she received numerous hate messages after being barred; she said she has suffered from anxiety and thoughts of self-harm. “Ms. Berger strongly and utterly denies all of Zwift’s accusations against her, and is examining the possibility of taking legal action against Zwift,” her lawyer, Iro Monitz, wrote in an email.

Zwift has stood by its decisions.

But the discussion in the cycling community over their cases and how to make the competitions fair and clear of manipulation has continued.

Maker, who writes the endurance sports technology blog, said: “There is zero reason technically that anybody, whether pro or amateur athletes, should have to have a secondary device on their handlebars recording data for backup. That should be handled in-game.”