Millie Bright is a major doubt for England’s game against Norway as a virus rages through the camp — with Steph Houghton potentially out due to an ankle injury.

Phil Neville confirmed that both defenders could miss out on the quarter-final on Thursday. A virus has impacted several members of the squad in recent days.

Houghton is struggling to recover from the horror-tackle she was on the receiving end of in the final minutes of England’s last-16 win against Cameroon. 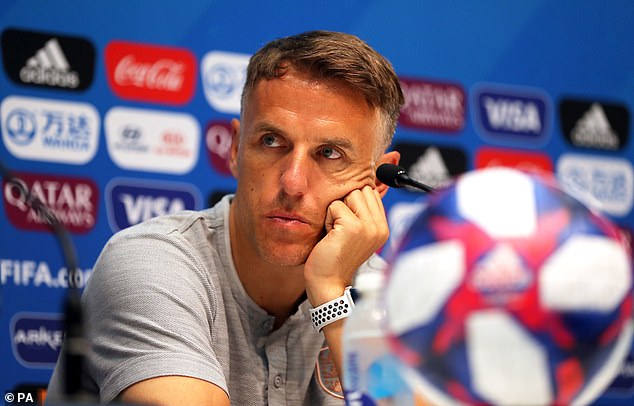 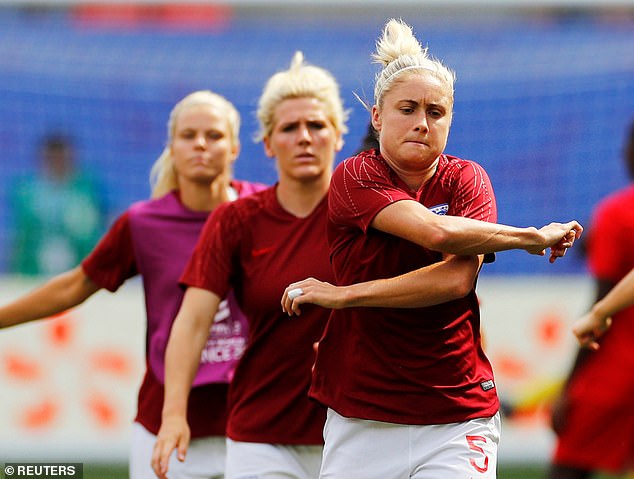 ‘Both are major doubts,’ Neville said of Houghton and Bright.

‘Steph because of the tackle, we are hoping she takes part in some training today, that is the key for Steph.

‘Millie has got a virus that is going a little bit through the camp so she is probably more of a doubt than Steph. We are going to give them right to the last minute to be fit.’

The absence of England captain Houghton and Bright would come as a major blow, with England missing both of their key central defenders.

Losing his centre-back pairing from the Cameroon victory may be seen as a challenge for Neville as he looks to guide the Lionesses into the last four.

But he has backed their possible replacements and insists he is calm about the situation. 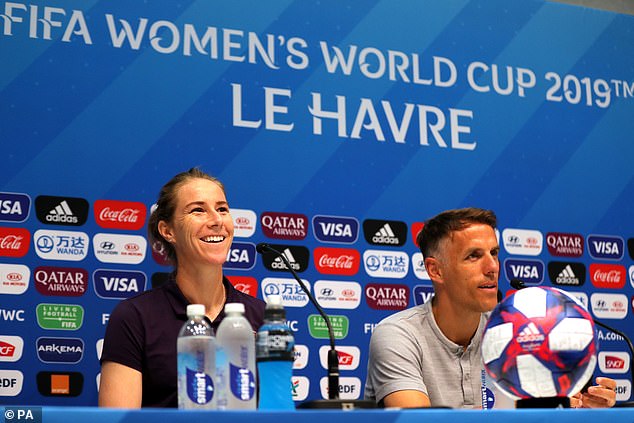 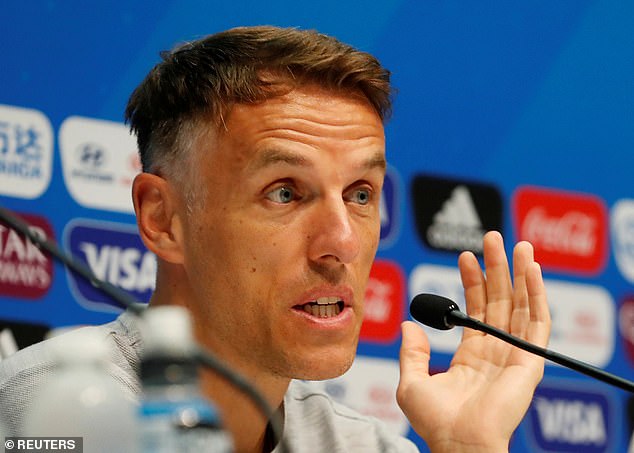 ‘You guys (the media) have had an obsession with my rotation for the last 18 months,’ he said.

‘What I would say is that the players we have played, for instance Leah Williamson playing against Japan at SheBelieves, Abbie McManus played in the first two games of SheBelieves.

‘Abbie’s form over the last 18 months, it is for moments like this that we can just say “no problem”. We just bring two people in who know the system and the style and have utter belief and confidence in each other.

‘It is a seamless transition, you plan for these moments. I said six months ago that we don’t want to get to the quarter-final of a World Cup and throw a young kid in – so there has been a plan behind it and I am totally relaxed.’

Another of the Lionesses stars potentially pointed to an outbreak in the camp on Tuesday, when right back Lucy Bronze was unable to undertake her media duties owing to feeling ill.

Neville will hope Bronze can shake off the illness to add some much-needed experience to what now looks likely to be a patched-up defence against Norway. 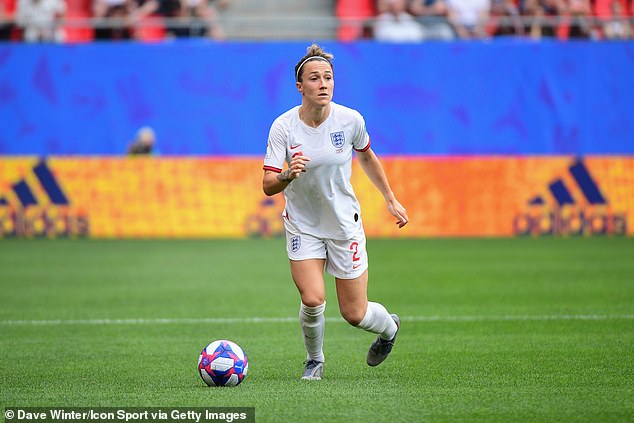