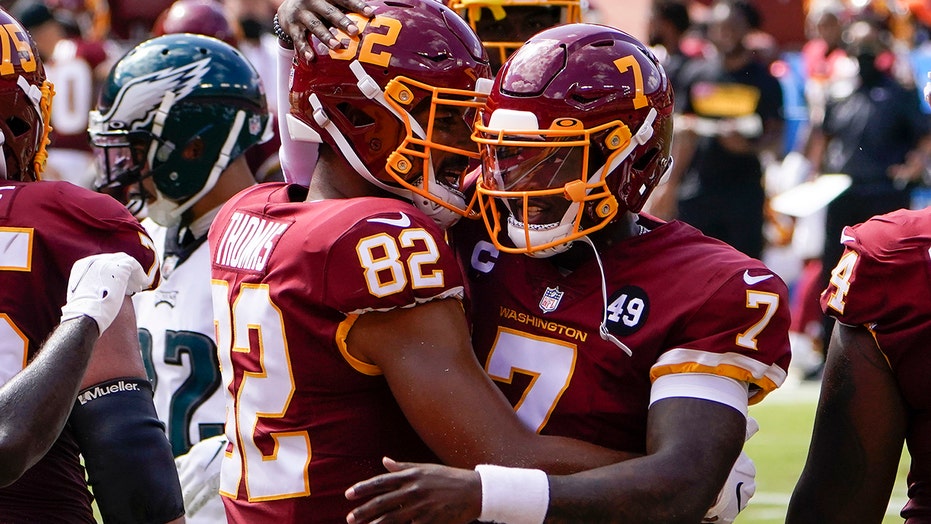 Washington fans will have to get used to the less-than creative temporary team name as officials within the organization suggest that they will likely keep the name for the 2021 season.

Washington Football Team President Jason Wright told WJLA on Tuesday that the process of picking a new name is a lengthy one that will likely push unveiling a new identity until after the start of next season.

KIRK COUSINS IN THE HOT SEAT OVER INTERCEPTIONS: ‘IF THAT WERE T CONTINUE, I WON’T FINISH THE SEASON’

“Everybody needs to take a deep breath," he said. "It’s not coming tomorrow. It’s a business decision, we need to understand that market. More importantly, it’s important to engage the community and the fans.”

Wright continued: “I think next year is fast because of how the brand has to come together through uniforms, through approval processes through the league.”

“There is a pretty good chance we will still be the Washington Football Team next season. We could get there quicker, it’s actually pretty hard to get there that quickly because of all the steps that need to happen.”

Team owner Daniel Snyder recently told The Wall Street Journal that the name might even be permanent.

“Sure, it's possible. If the Washington Football Team name catches on and our fans embrace it then we would be happy to have it as our permanent name. I think we have developed a very classy retro look and feel,” he said at the time.

Wright doubled down on the importance of the fanbase in the decision making process in his comments this week.

CLICK HERE TO GET MORE SPORTS COVERAGE ON FOXNEWS.COM

Washington changed its name in July over mounting pressure to distance itself from its former name and logo because of negative connotations associated with the symbol.