BILLY JOE SAUNDERS' dad Tom was involved in a brawl with security after trying to get to the ring to see his stricken son.

The Brit boxer was pulled out by his corner before the start of the ninth round against Canelo Alvarez with a horror eye injury. 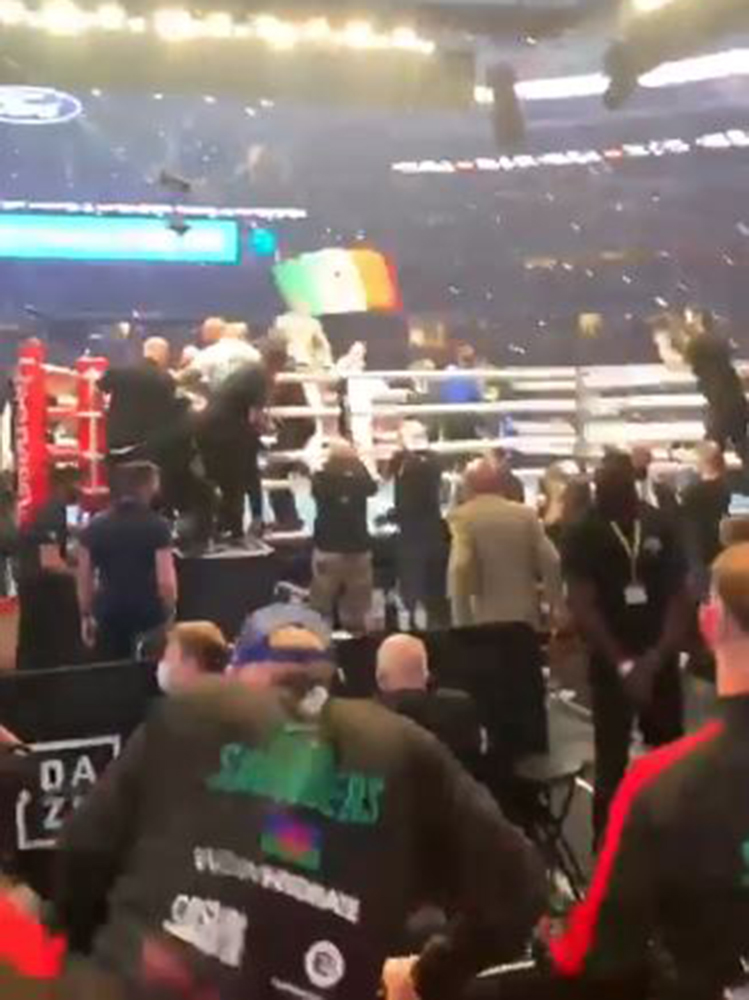 Saunders, 31, couldn't see out of his right eye following a devastating uppercut by Canelo.

He was taken to hospital where he could require surgery on a suspected broken orbital bone.

As the fight was waved off, dad Tom was watching on from outside of the ringside seat section.

But the worried parent decided he needed to check on his son, and leapt over the barrier.

Wearing a blue cap, Tom was then shoved forcibly backwards by a security guard, before others joined in to help Saunders Sr.

One person who decided to stay out of the brawl was Tyson Fury.

Wearing a Versace shirt the 6ft 9in 19st-plus WBC heavyweight champion of the world stayed behind the barrier and appeared to be begging for calm.

And judging by the fallout, Tom was right to be concerned for his son's welfare. 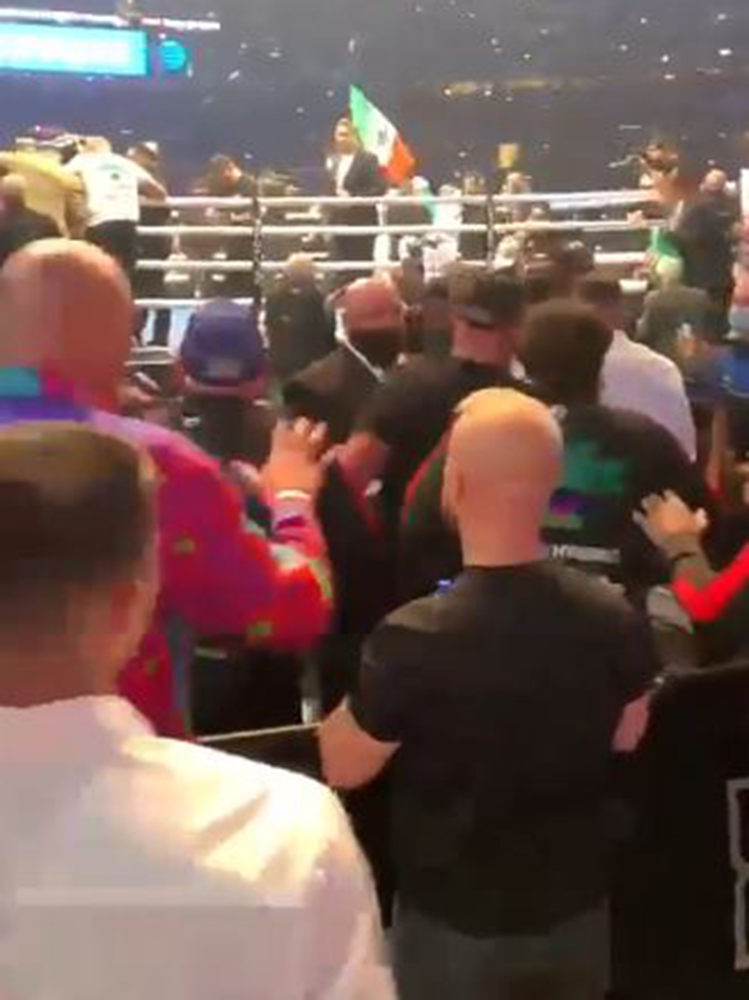 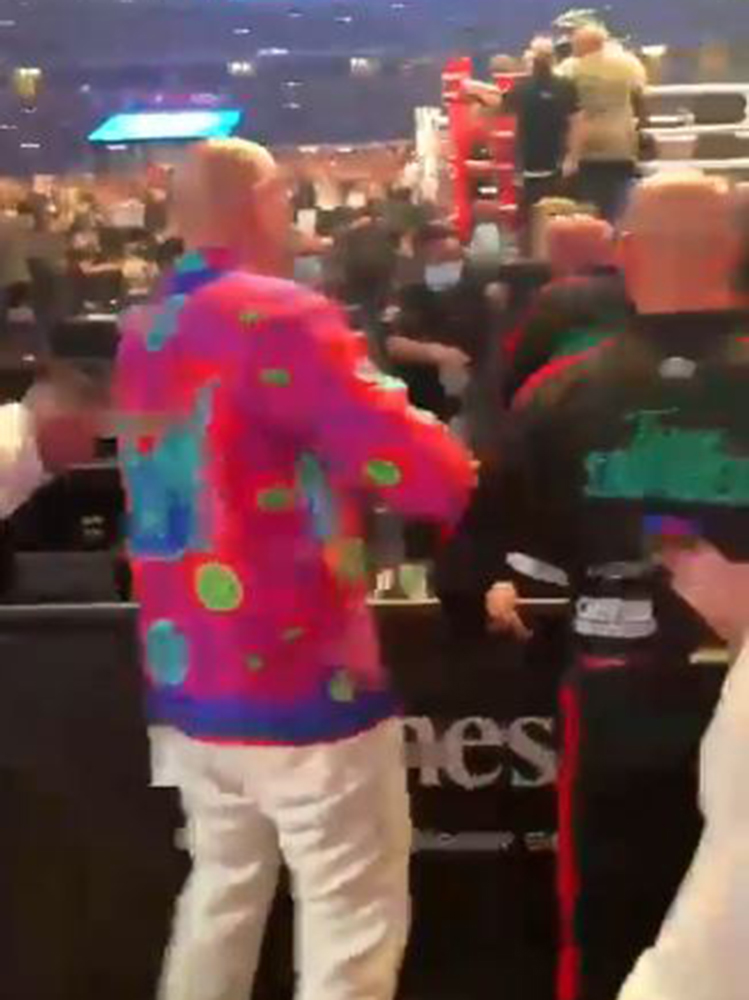 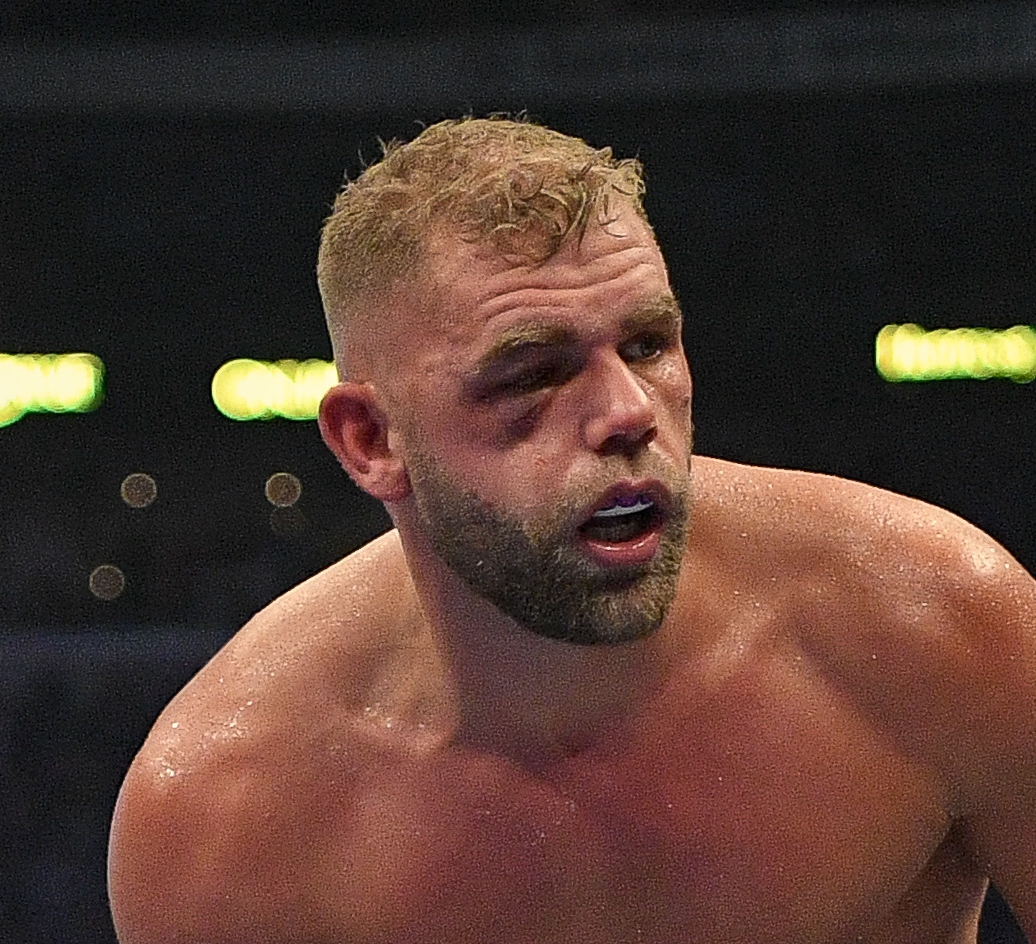 Promoter Eddie Hearn fears the Hatfield boxer could be out for a 'long, long time' – and could even retire.

The loss was only Saunders' first in 31 professional fights, and Hearn feels he could well choose to hang up the gloves.

Speaking to iFL TV, he said: "You could see as soon as he [Canelo] hit him [Saunders] that he'd done his eye socket.

"I think because he couldn't see, the next round was going to be a bad situation. I think he would have got badly hurt in that round.

"He's gone to hospital and I believe he'll have that operated on immediately. So he's going to be out for a long, long time.

"But he's a world class fighter who lost to the pound-for-pound number one. He's a two-weight world champion.

"If he wants to carry on there's some big fights out there for him. He may feel he has got to a stage where he's been there, he's done it, he's seen it all. We'll back him 100 per cent." 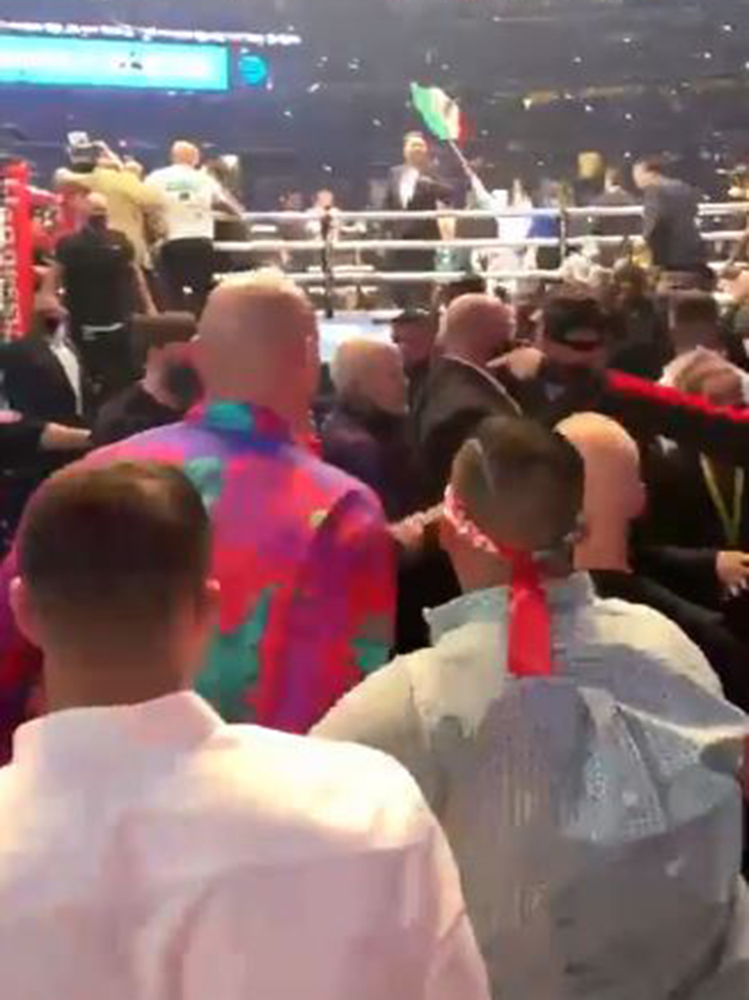 The 23-year-old has spent six months on the sidelines but will return on June 5 against Bogdan Dinu.

Saunders actually mocked Dubois after the heavyweight took a knee due to his injury – with the comments coming back to haunt him.

Fury, meanwhile, sent out a class message to his good pal Saunders as he flew out of Las Vegas with brother and Love Island star Tommy.

The Gypsy King, who is waiting for the announcement of his undisputed heavyweight fight against Anthony Joshua,posted on social media: "We thank god for everything and everyone around us.

"After a great week in Texas with @bjsaunders_ we now keep on moving forward in this journey through life, “In God we trust”.

"People love to hate on others willing to chase there (sic) dreams, @bjsaunders_ tried to be great last night!

"It wasn’t his night but at least he had the bottle to follow his dreams & heart Red heart, he will always be my bro Smiling face with sunglasses we go back to 15/16, what a night to remember in #30years dallas." 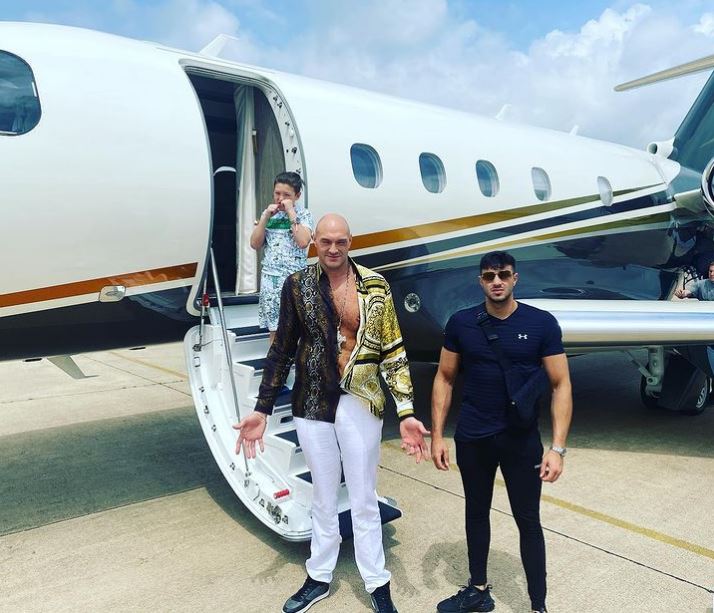