BARCELONA are currently blessed with a host of young stars – and Gavi is one of the best.

The 17-year-old showed why Chelsea are so keen to bring him to Stamford Bridge with a sensational Champions League run. 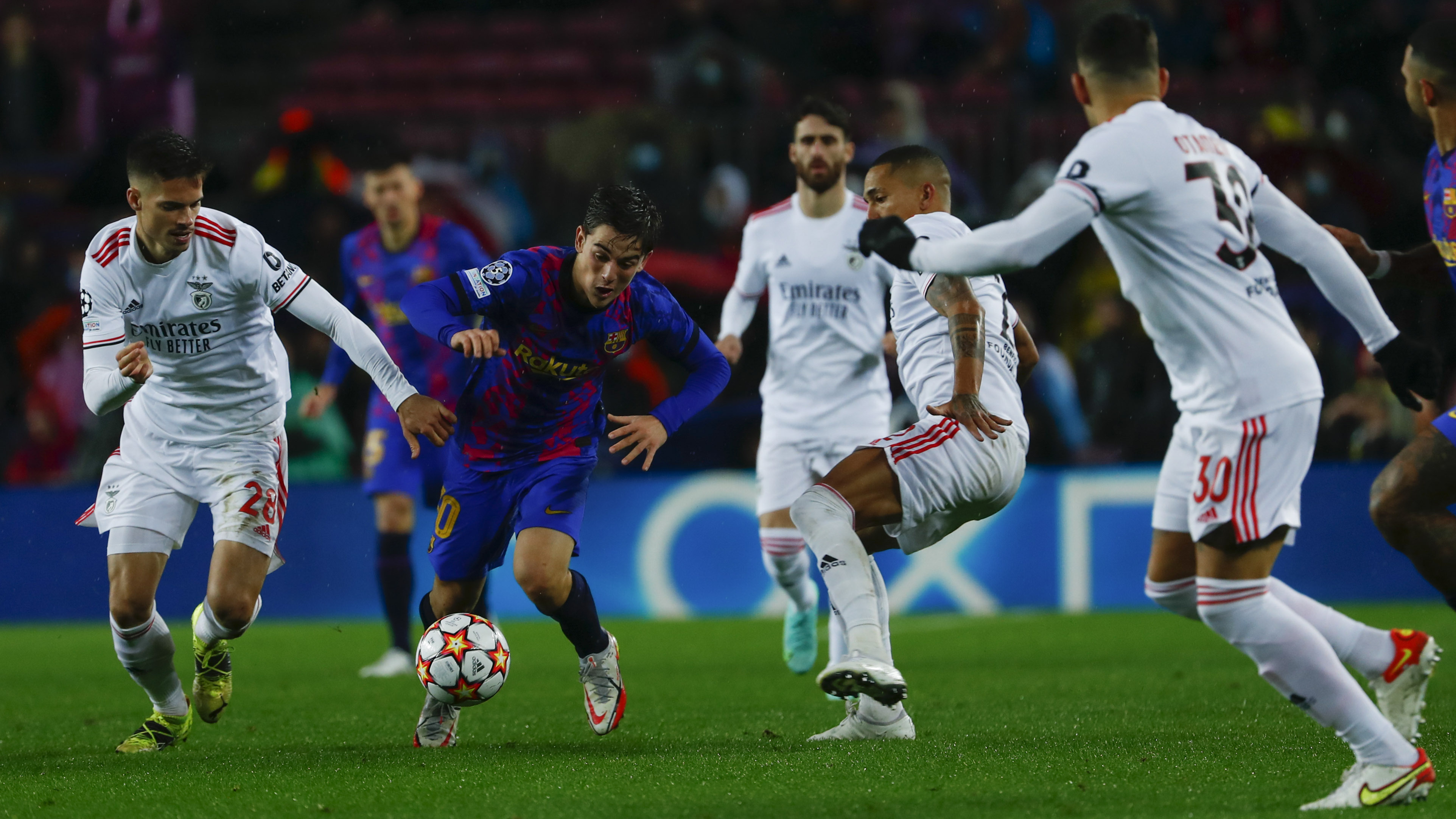 The midfielder shrugged off three Benfica opponents to turn defence into attack during Barca’s 0-0 draw on Wednesday.

Receiving the ball from Frenkie De Jong – at 24 a relative veteran in this Barcelona side – Gavi produced an expert drag-back before sprinting goalwards.

He laid the ball off to Memphis Depay, who saw his shot blocked on a frustrating night for new boss Xavi at the Nou Camp.

Fans online showed the huge expectations already sitting on the academy product’s shoulders as they hailed him as the future of the Catalan side.

User ‘spartan__king’ wrote on Instagram: “Something about young players coming through the ranks there that names end in I, you heard of that one guy called Messi?!”

‘Pazzthecreator’ wrote: “BRO YOU’RE (17) RELAX what juice are man drinking to be playing like this?”

And fan ‘xtu_chelxsea_sonx’ added: “If Chelsea want him they need to sign him asap”

Chelsea are understood to be ready to trigger the wonderkid’s £42million buy-out clause with owner Roman Abramovich thought to be a fan.

The Blues hope to steal him away from LaLiga before the Spanish giants can renew his contract, which expires in 2023.

Barca intend to install an enormous £840m buy-out figure in any new deal – just as they did with other starlets Ansu Fati and Pedri.