CIARAN GETHINGS survived an eye-catching last-hurdle scare on Hometown Boy before storming to victory in the opener on Grand National day.

The 6-1 favourite looked to be cruising approaching the final flight of the 3m½f EFT Systems Handicap Hurdle. 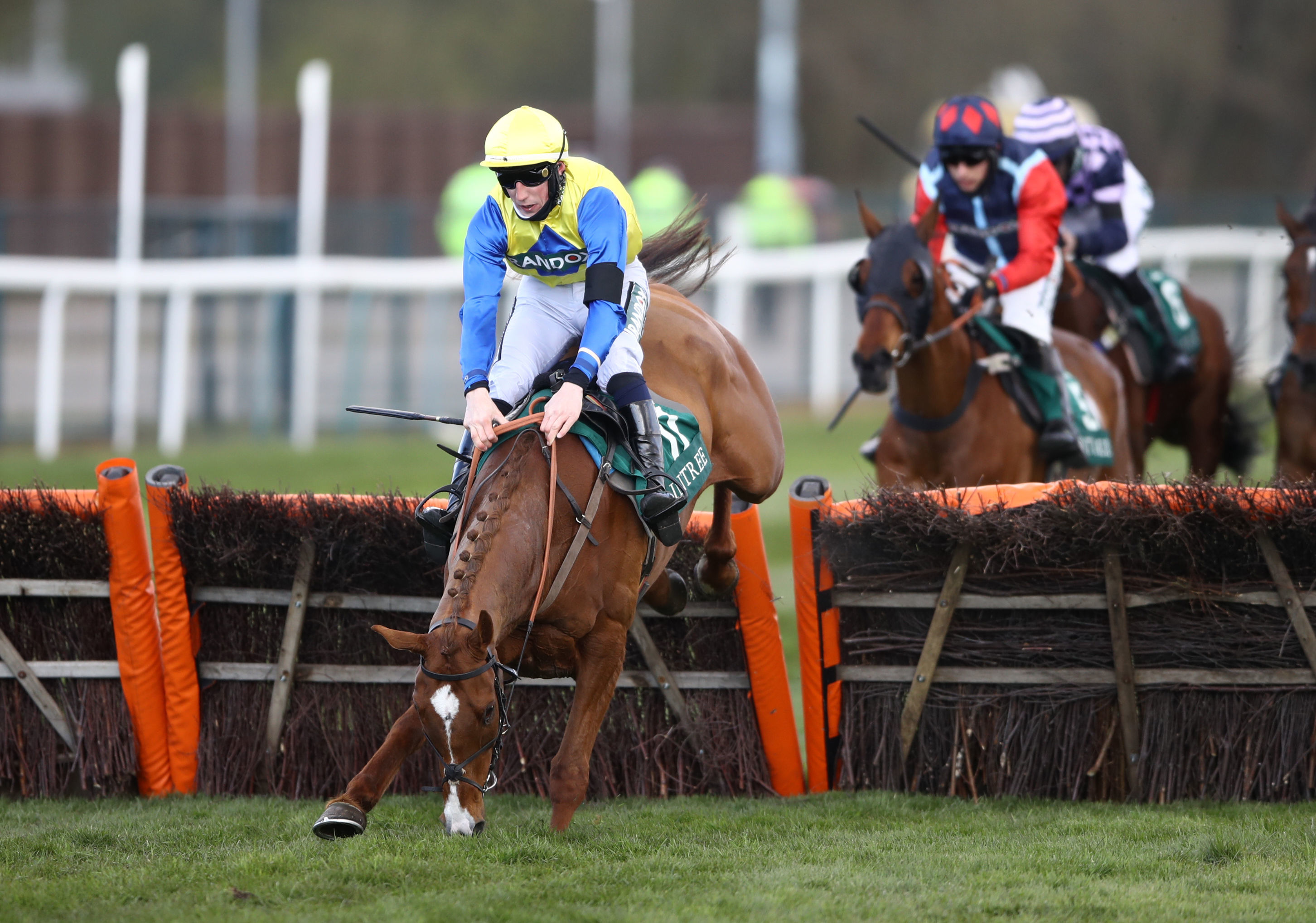 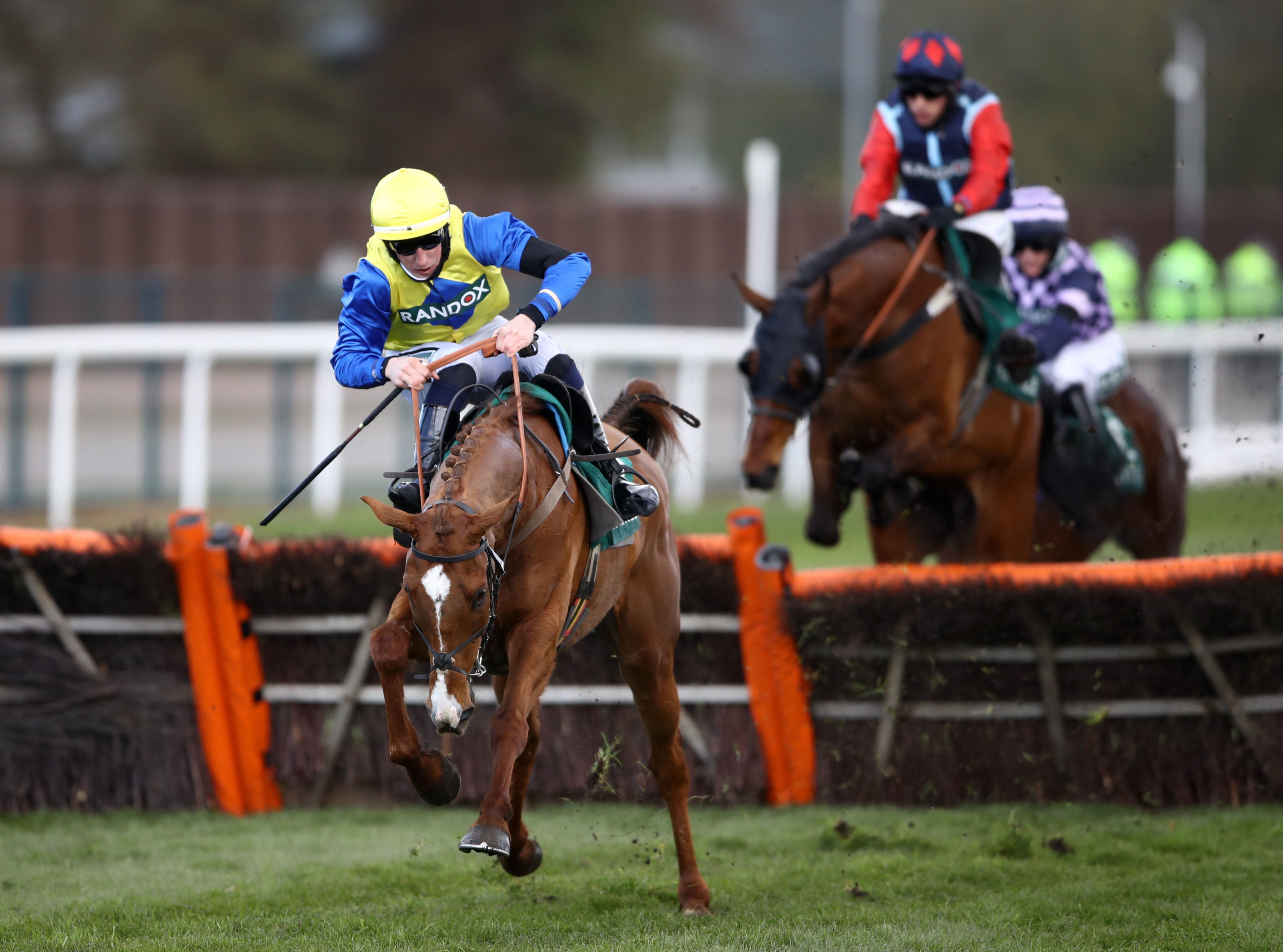 But disaster struck when the Stuart Edmunds-trained horse came up short in the landing.

Paddy Power: New customers only. Place a £10 bet on any Sportsbook market, at odds of at least 1.5 (1/2) — and we’ll give you £10 in free bets. Free bets are valid for 30 days and must be used on a Sportsbook market. Free bets will be awarded after the qualifying bet has been placed. Only deposits made via cards or Apple Pay are eligible. T&Cs apply. 18+ Begambleaware.org

Hometown Boy's head ducked down dramatically and the horse's nose brushed the turf.

But Gethings showed brilliant horsemanship to keep his balance, right his ride and then power on home to win by three lengths from 11-1 chance J'Ai Froid.

The relieved jockey said afterwards: "I’ve ridden him since he was a bumper horse and I know what he is like. He is as brave as a lion.

"He was looking around a bit coming to the last. He came out of my hands a few times on the way round.

"Fair play to him for finding a leg [at the last] as I think any other horse would have fell.

"It just proves how well he won as I think if he was a tired horse he would have fell where as he found two legs to be honest.

"He is a proper animal. That is what the fear of God does to you when you can see the ground.

"I didn’t want to do any heroics. I thought pop the last as I know he won’t stop. He had better options.

"He went for the picture more than me I think! It was a new trip but he is by the same sire as the Irish National winner on Monday (Freewheelin Dylan).

"Curtain Time [the sire] is not a fashionable sire but his pedigree was all about staying."

Referring to the blunder at the final flight, Edmunds added: "It was fear that helped Ciaran stay on at the last – he didn't want to hit the floor!

"I don’t know what I was thinking but it definitely isn’t repeatable.

"If he was a tired horse his legs would have gone to jelly, and he’d got plenty left. 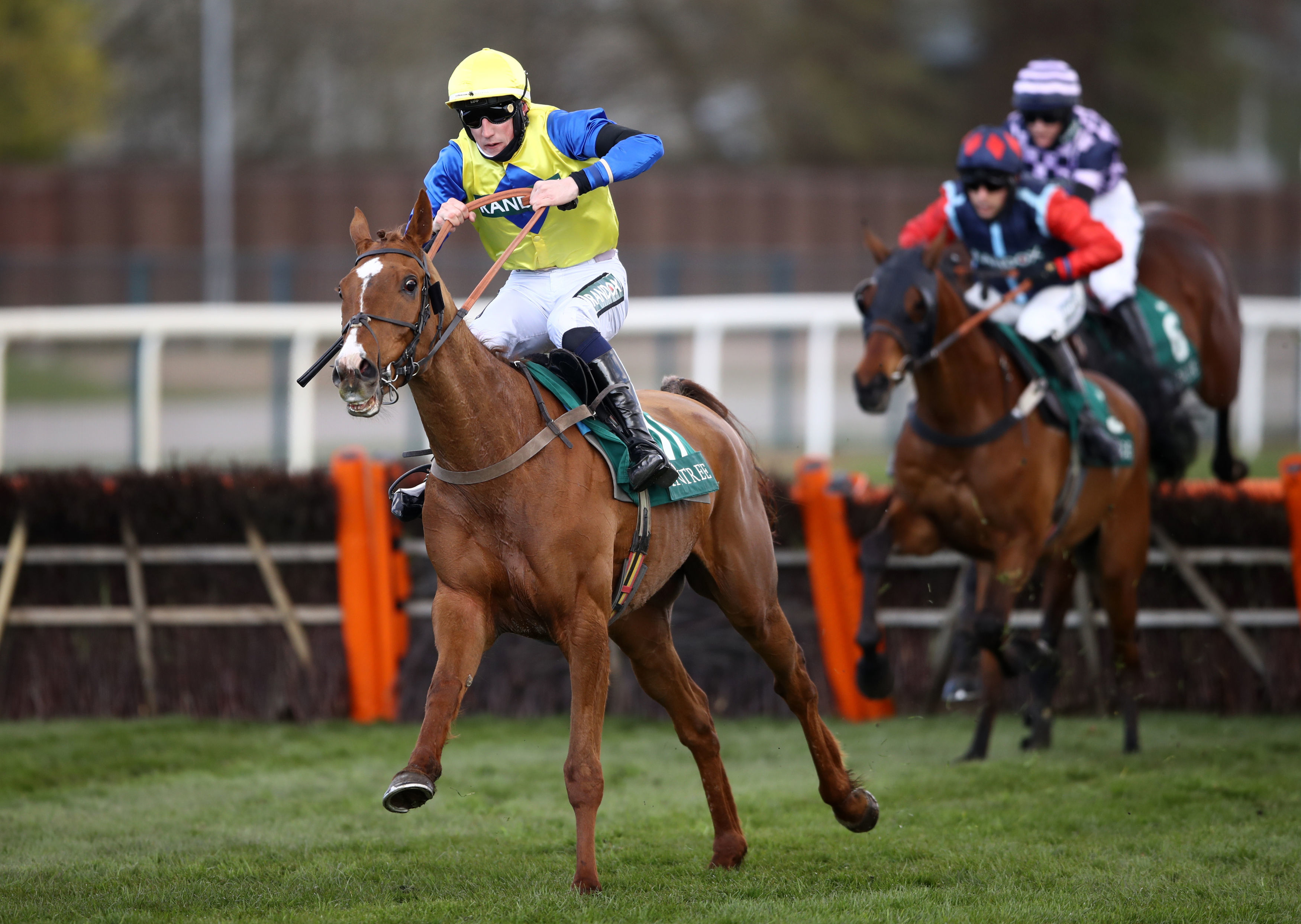 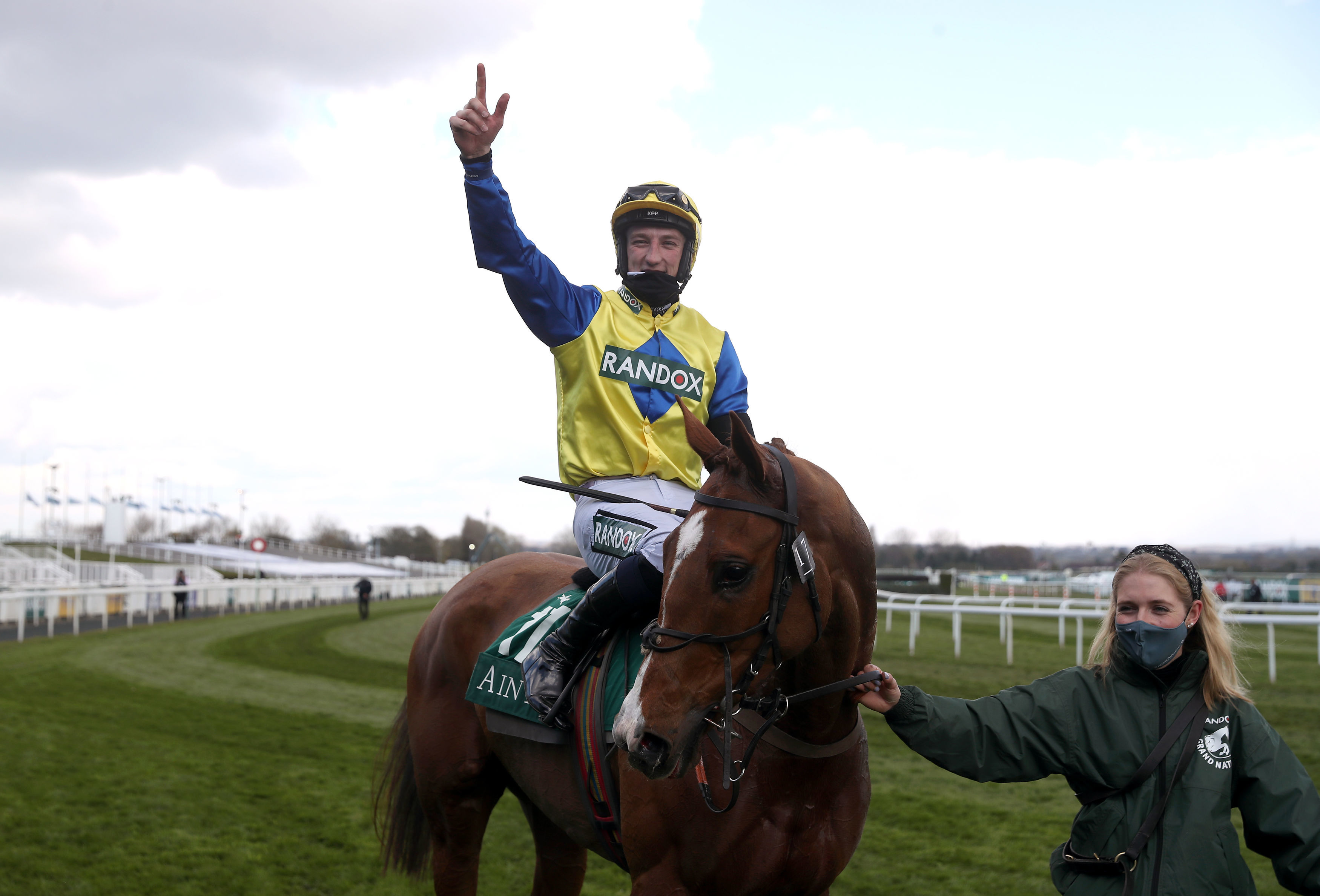 "That will be him done this season. This is beautiful ground but it’s as quick as he would want it.

"He’ll go out in the field now and hopefully go novice chasing next year.

"He’s schooled plenty over fences at home, and that’s probably where we’ll go.

"The whole family own the horse and while Mum is at home the others are here today and it’s great.

"It’s a shame we can’t really go out and celebrate, but come Monday night we’ll have a few beers."