LIONEL MESSI missed a sitter to wrap up the Copa America final for Argentina when he failed to convert from close range in the 88th minute.

The 34-year-old's blushes were eventually spared as Argentina held on to win the game 1-0 thanks to an Angel Di Maria strike, triumphing in the tournament for the first time since 1993. 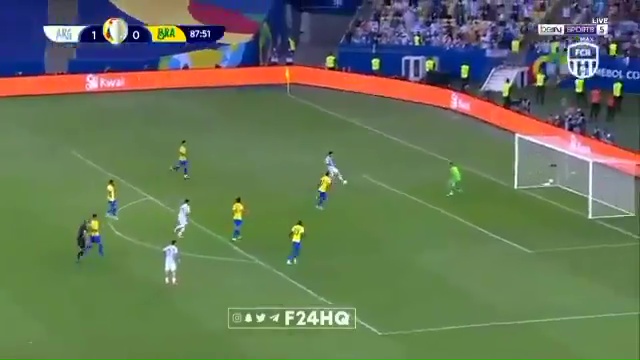 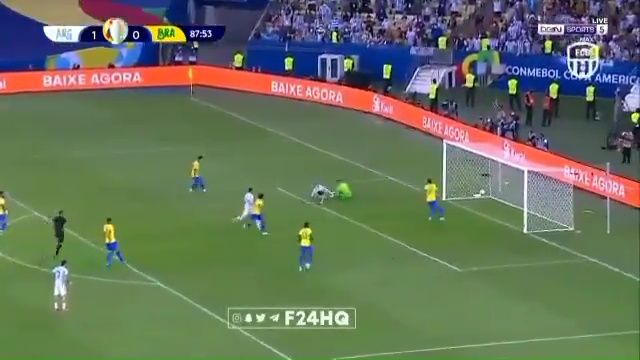 But that did not take away from the surprise of Messi fluffing his lines from close range late on in the game.

The Barcelona superstar was found unmarked inside the penalty area after his teammate Rodrigo De Paul played a sumptuous through ball.

And with the crowd waiting for Messi to slot home and kill the game, everyone was left stunned when he somehow managed to get it caught underneath his feet.

Reacting to the miss, one person said: "How Messi missed this sitter and he gets all the praise after Angel di Maria won the league for Argentina!"

And another simply added: "How did you miss that Messi?!?!?!"

The victory was Messi's first major tournament triumph with his country.

And although Messi was thrilled with the outcome and celebrated by being thrown into the air by his team-mates, he still found time to console Neymar.

The pair embraced surrounded by players, media and officials before Messi went to lift the trophy.

Afterwards, Messi sat with his former Barcelona teammate with his winners' medal around his neck.

And he was able to cheer up Neymar, cracking a joke which had the Brazilian laughing.

The Barcelona legend also reached the final of the World Cup in 2014, only for his side to be beaten 1-0 by Germany after extra time.