THIS is the absolutely staggering moment a horse does a full Fosbury Flop over a rail in a terrifying incident that shocked punters.

The wild horse shot out from under the stalls and bolted for the rail as trackworkers ducked for cover. 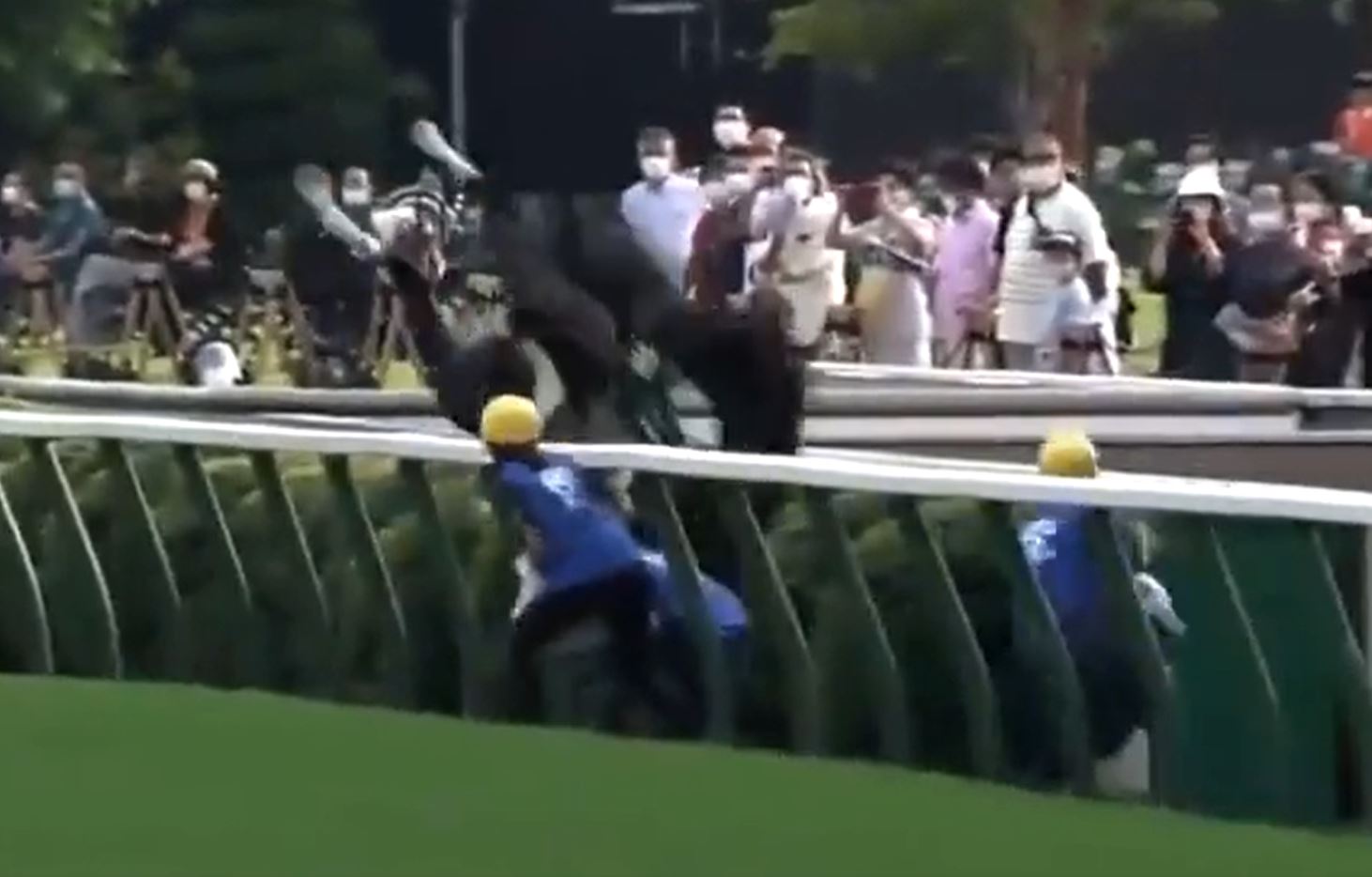 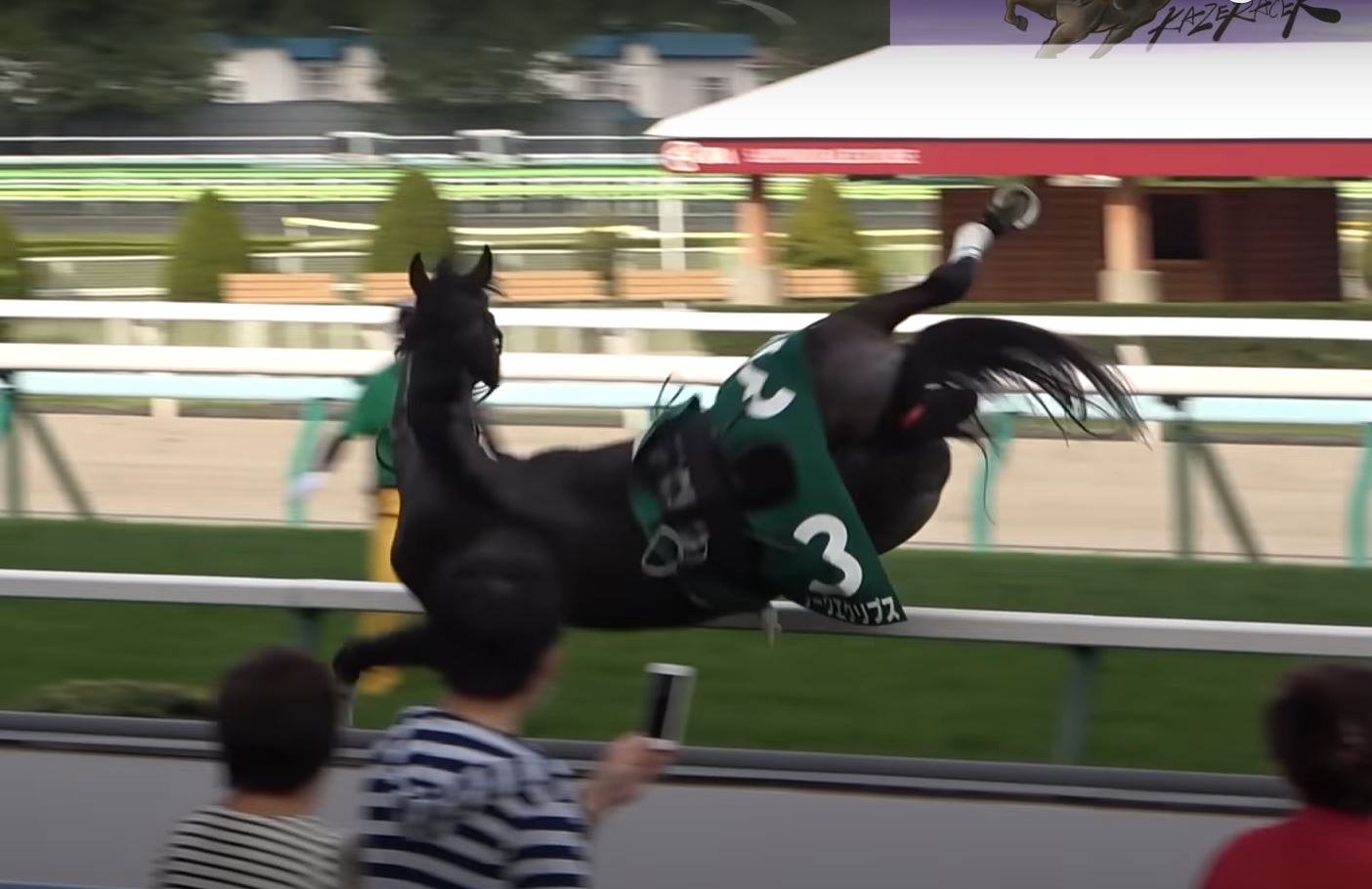 He then did a full Fosbury Flop over the rail before crashing to the ground on his back.

The horse was due to race in the Group 3 Nisai Stakes at Sapporo racecourse in Japan.

He was unsurprisingly scratched from the contest, with the stewards' report stating: "Dark Eclipse broke through gate, contrusions both forelegs therefore late scratching, required to test again before racing."

Footage showed trackworkers caring for the two-year-old horse after his jump and walking him off.

Punters could not believe what they had seen, with one clip of the incident posted to Twitter recording more than one million views in 24 hours.

One viewer said: "My wife says he looks like an Olympic high jumper. Maybe he’ll be ready for Paris 2024."

Another commented: "Amazing that he didn't injure himself."

This is the second bizarre incident to occur in Japanese racing in recent weeks.

Another at Hanshin in June showed one randy runner trying to mount another before a race.

Roman Nature, who felt the full force of T O Conder landing on his back, got revenge with a swift kick to the horse's privates. 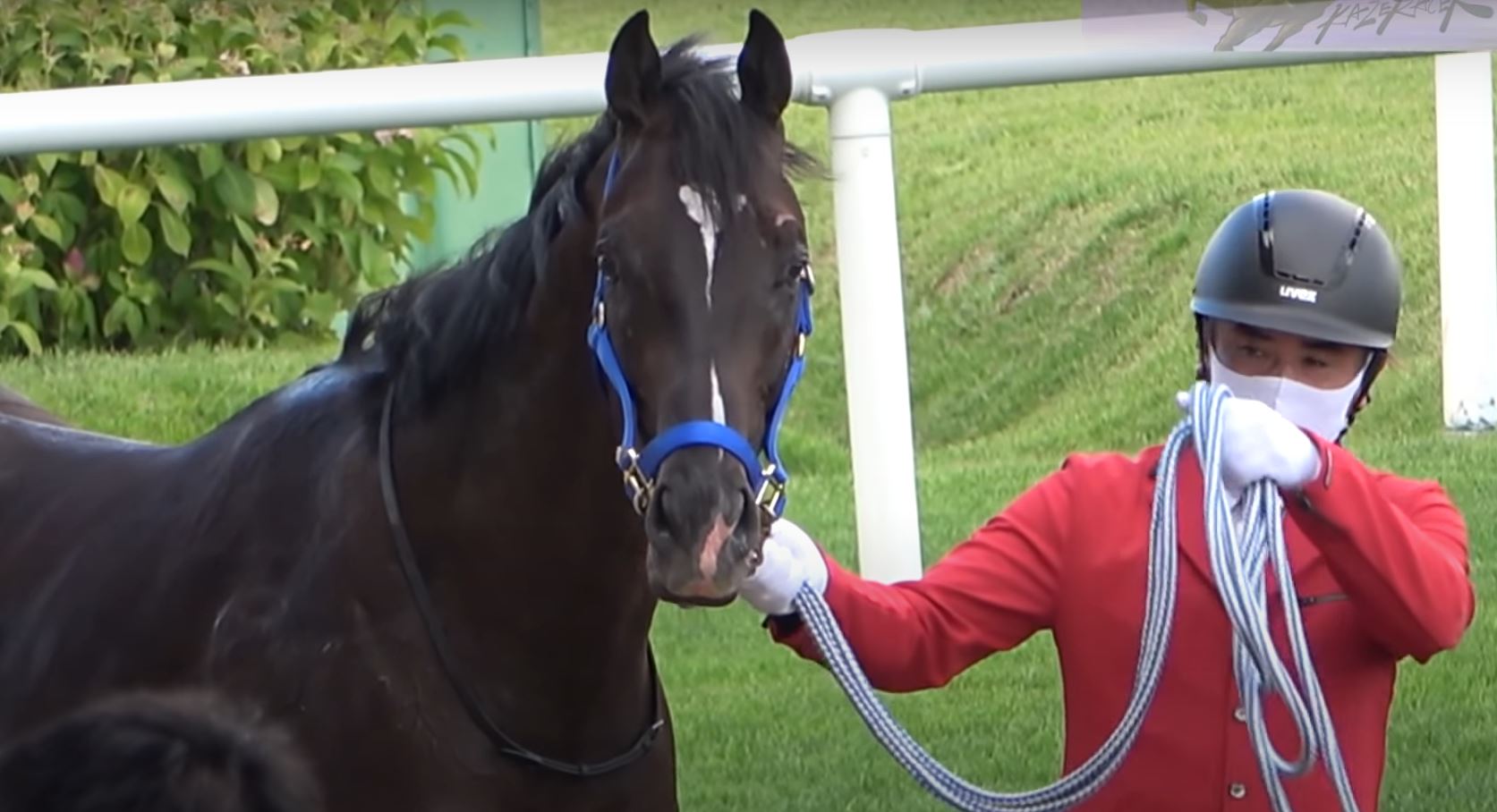