MARCUS RASHFORD scored a stunning goal to silence the Emirates Stadium and fire Manchester United in front against Arsenal. 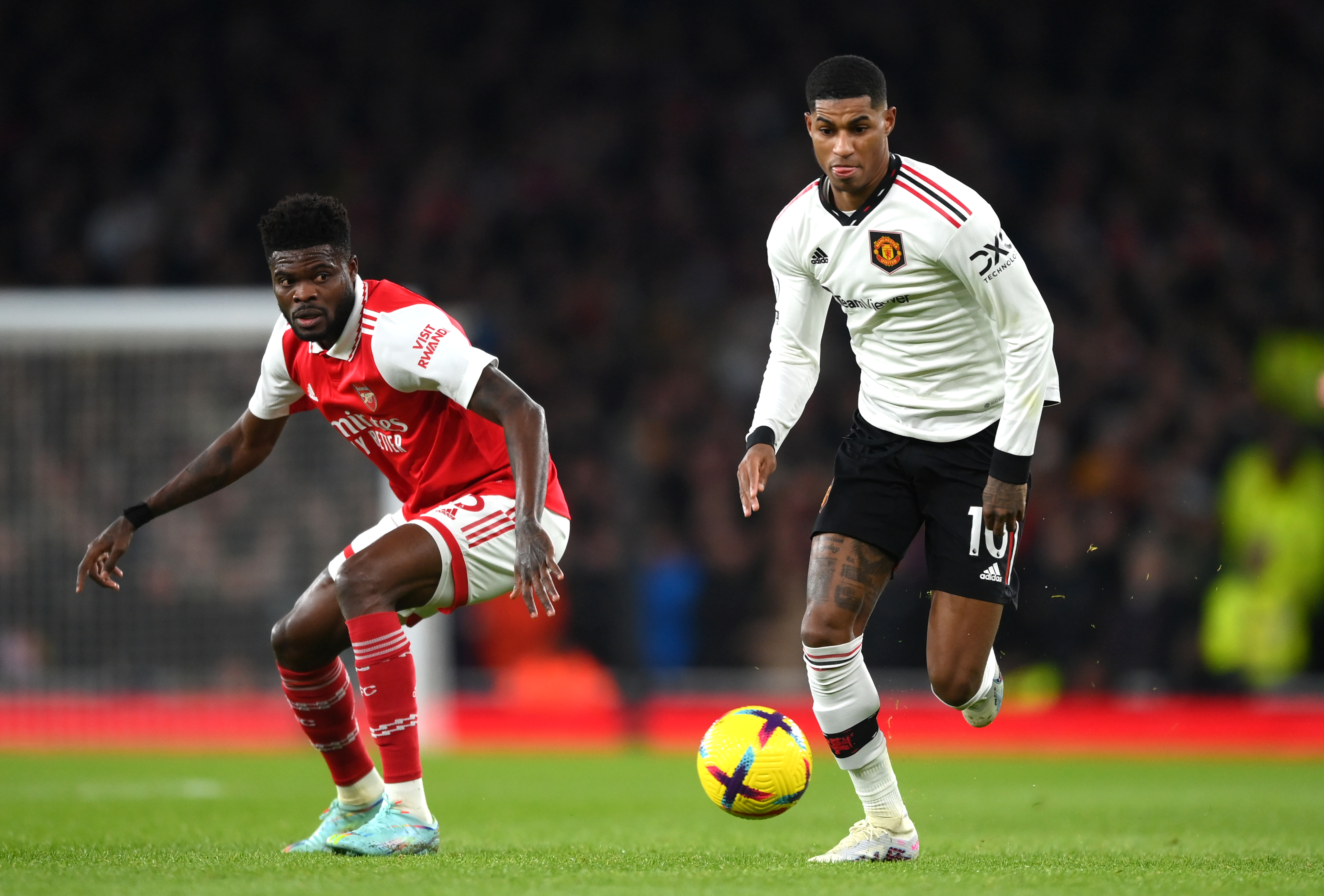 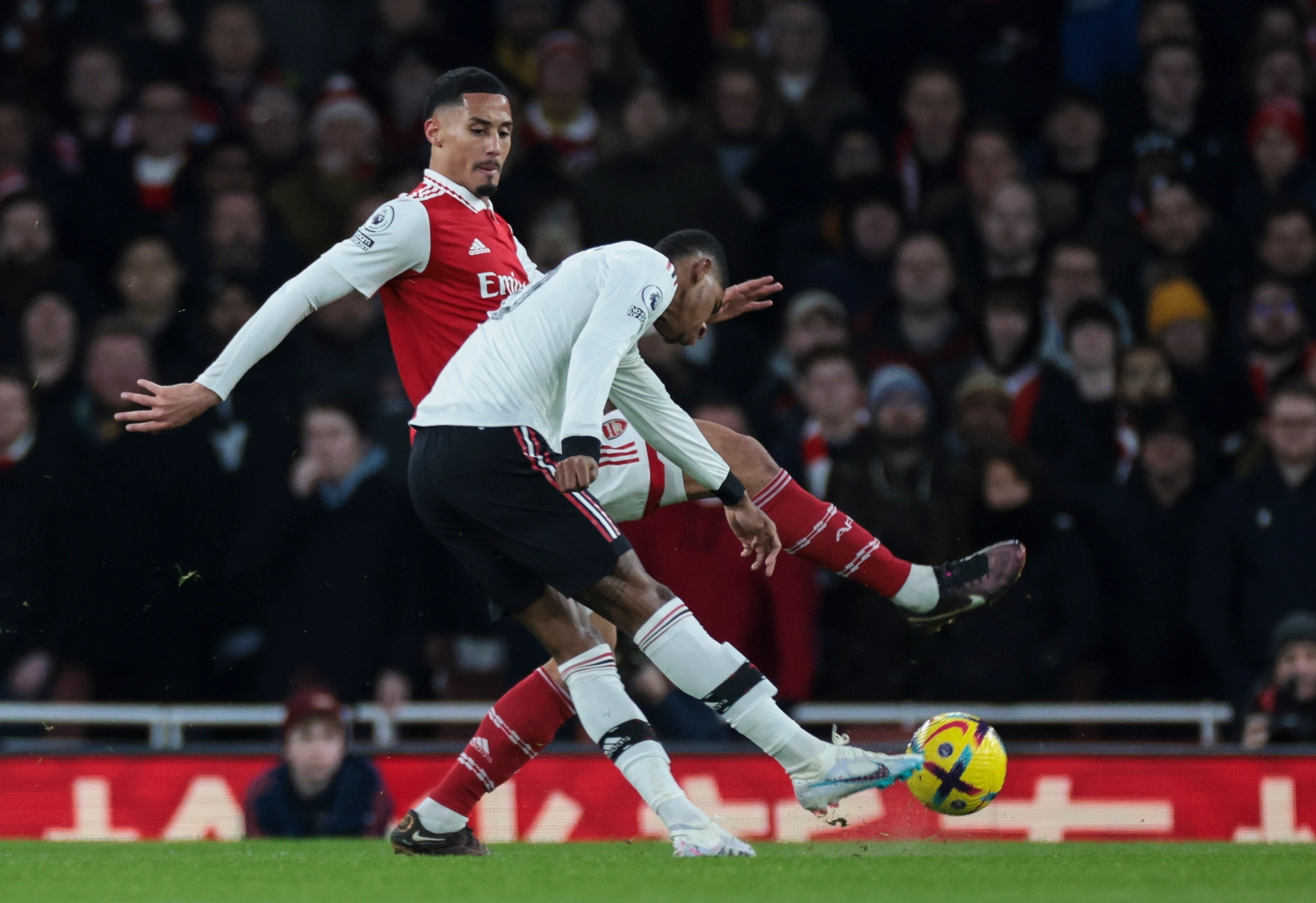 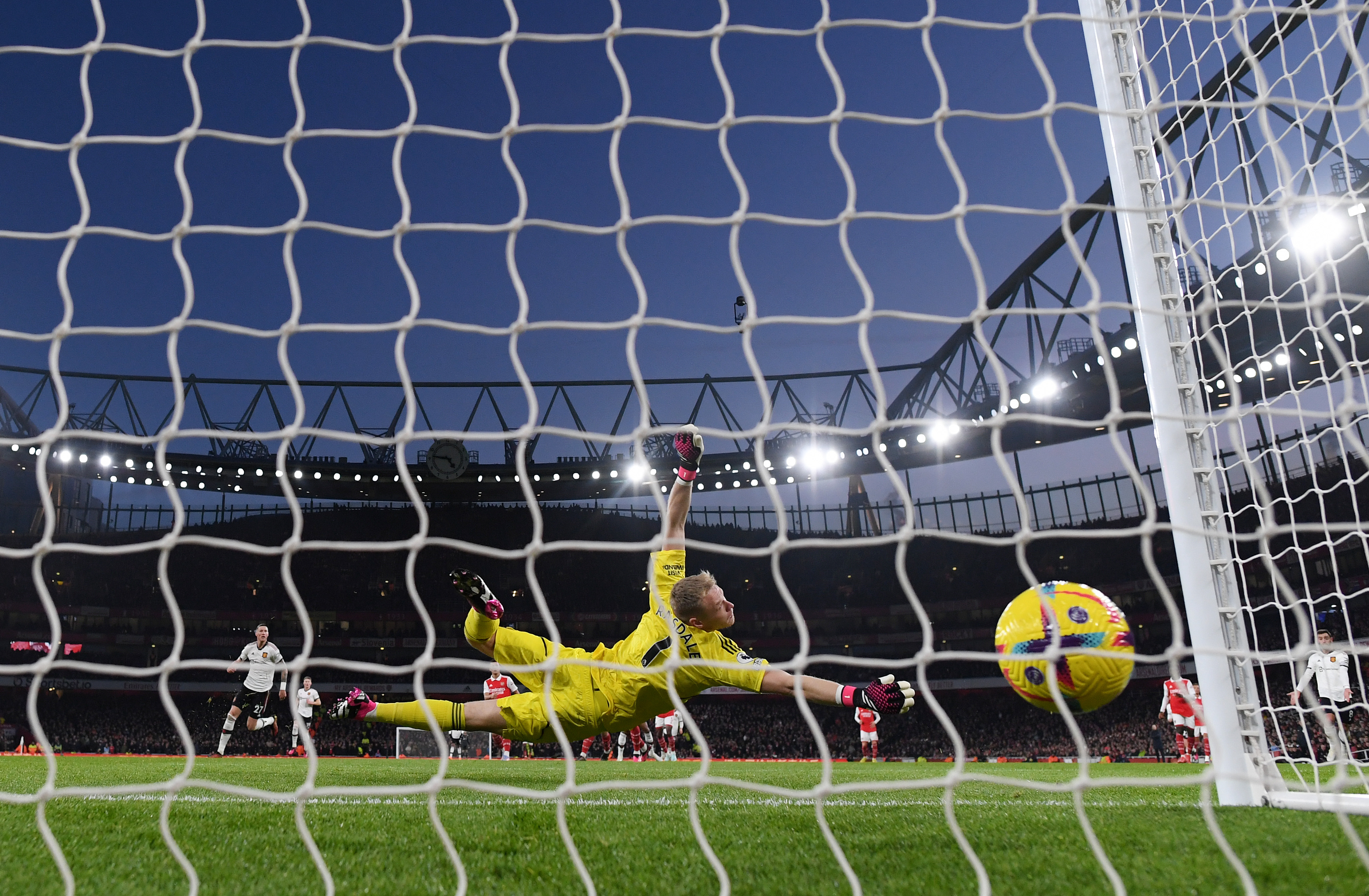 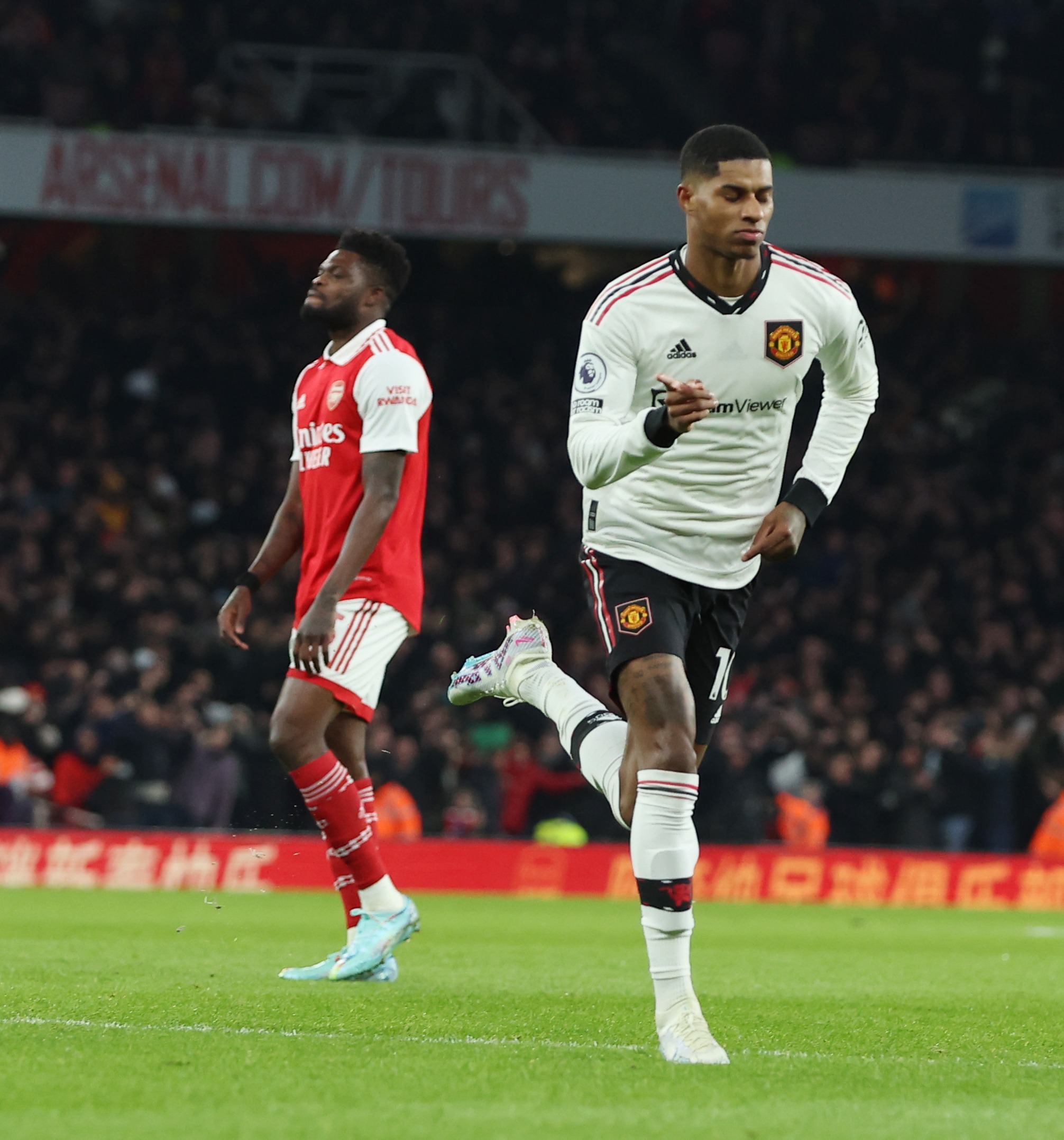 Rashford intercepted Thomas Partey's pass in the Gunners' half and then received the ball from Bruno Fernandes.

The United star then showed a beautiful piece of skill to beat Partey and open up the space.

He then unleashed a venomous early strike low and into the bottom corner, giving Aaron Ramsdale no chance.

After beating his England team-mate, Rashford ran across to the corner flag and performed his new celebration – pointing to his temple – as he stood motionless in front of the home Arsenal fans. 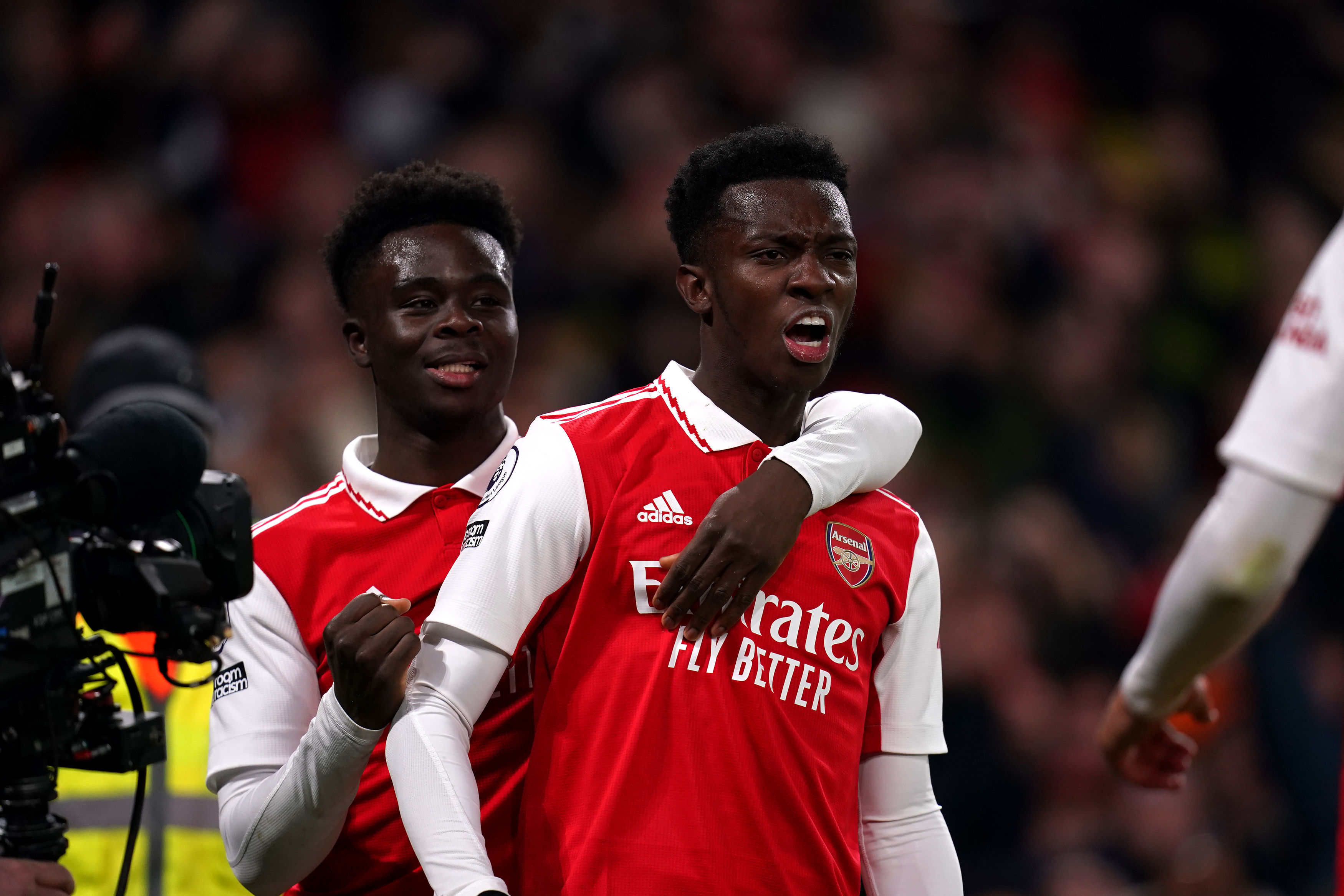 The goal was Rashford's ninth in all competitions since club football resumed after the World Cup – more than any other player in Europe's top five leagues.

It also ended a nightmare record of 26 away Premier League starts without a goal, dating back to December 2020.

And plenty of football fans on Twitter were understandably delighted by the No10's latest finish.

One said: "Rashford is on fire!"

Victoria Beckham gets wrapped up in David's coat while watching Romeo

Another wrote: "Marcus Rashford, a different breed this season. What a goal!"

And Gary Lineker added: "Stunning goal from @MarcusRashford. A thing of beauty." 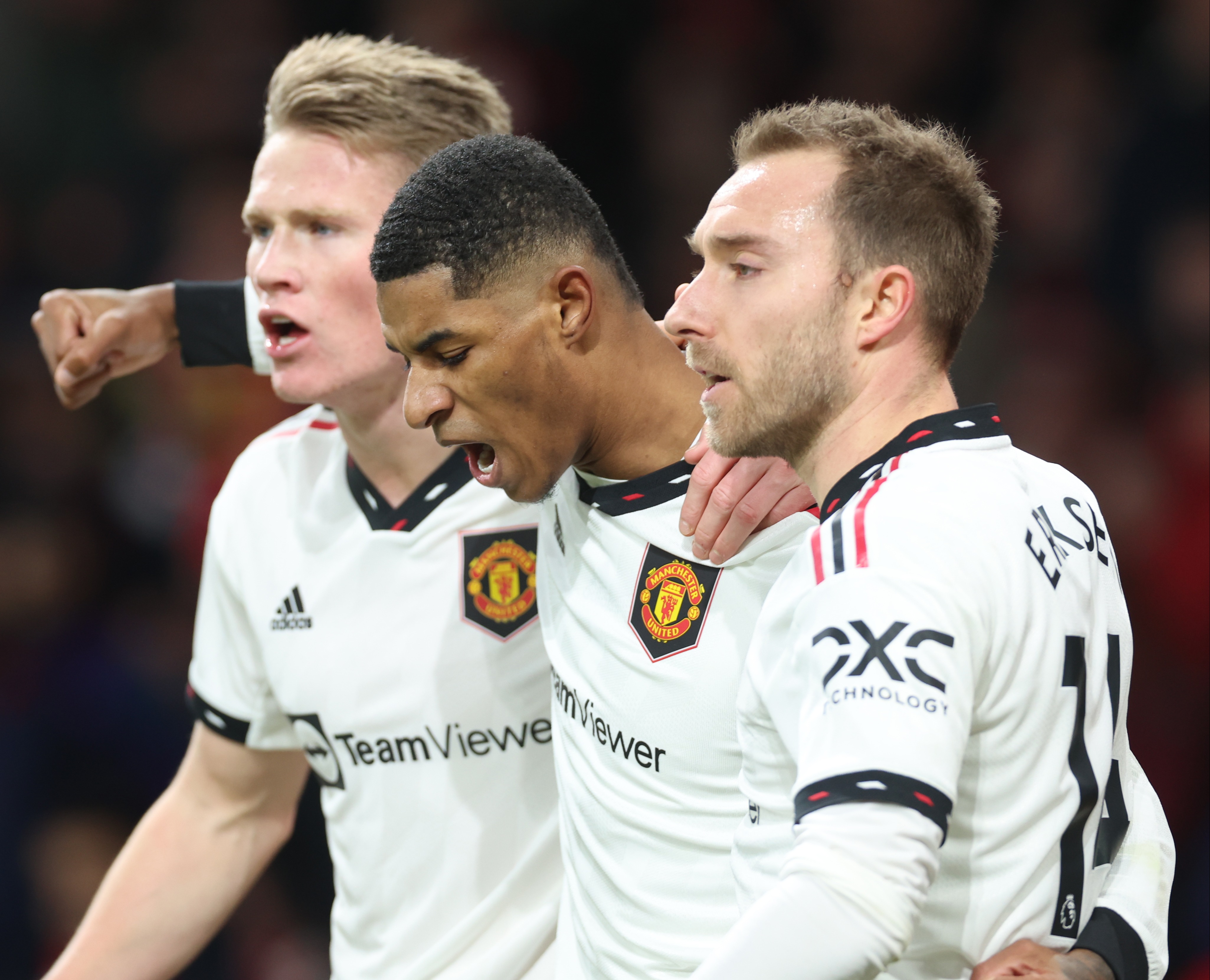