OUSMANE DEMBELE was left gobsmacked in a press conference after being told Japan had stunned Germany at the World Cup.

Hansi Flick's four-time champions were on the end of a huge upset on Wednesday as they relinquished a one-goal lead to lose 2-1 in Doha. 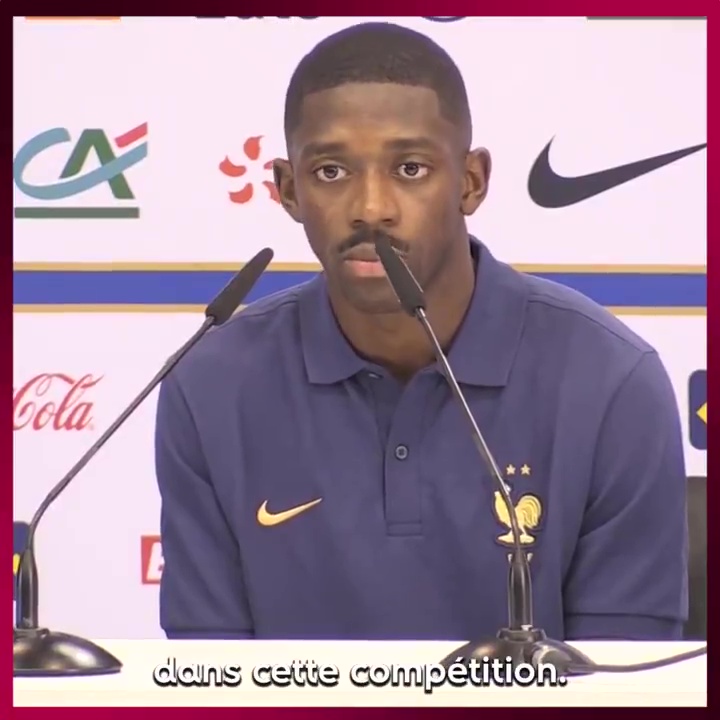 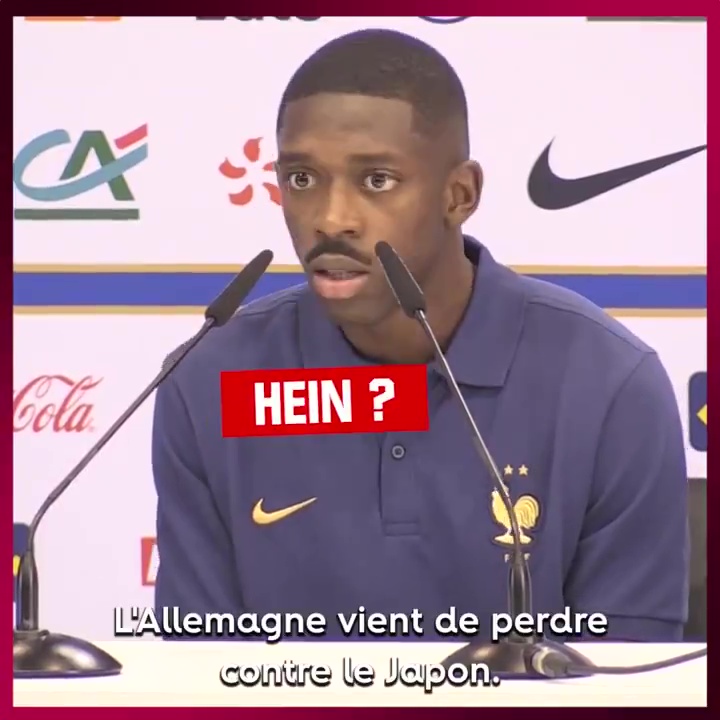 It is the second major shock just four days into the 2022 tournament following Argentina's 2-1 defeat to Saudi Arabia on Tuesday.

But France forward Dembele was not aware of Germany's surprise loss when a journalist brought it up to him during a presser.

In the lead-up to being asked a question, the Barcelona forward was told: "It's always difficult to start the competition. There's always real apprehension.

"We've seen an enormous amount of surprises in this competition. Germany lost against Japan."

To which a startled Dembele replied: "What?!"

The journalist then confirmed the result, before the former Borussia Dortmund man added: "Yes? Wow!"

Germany's defeat leaves them in serious danger of going out of the World Cup in the group stage for a second time in a row.

They face Spain on Sunday in a game that now becomes a must-win for Flick's men.

But Dembele's France made no such mistake in their opener against Australia on Tuesday night.

Despite going a goal behind early on, Didier Deschamps' reigning world champions ended up thrashing the Socceroos 4-1 to kick-off their World Cup defence in superb fashion.

Next up for France is a clash with Denmark on Saturday – a team that beat them twice in the Nations League ahead of the World Cup.