PAUL POGBA pulled out of a France training session after picking up a thigh injury during a shooting drill.

The Manchester United midfielder, 28, was practising his finishing in a one-on-one scenario at France's famed Clairefontaine training complex. 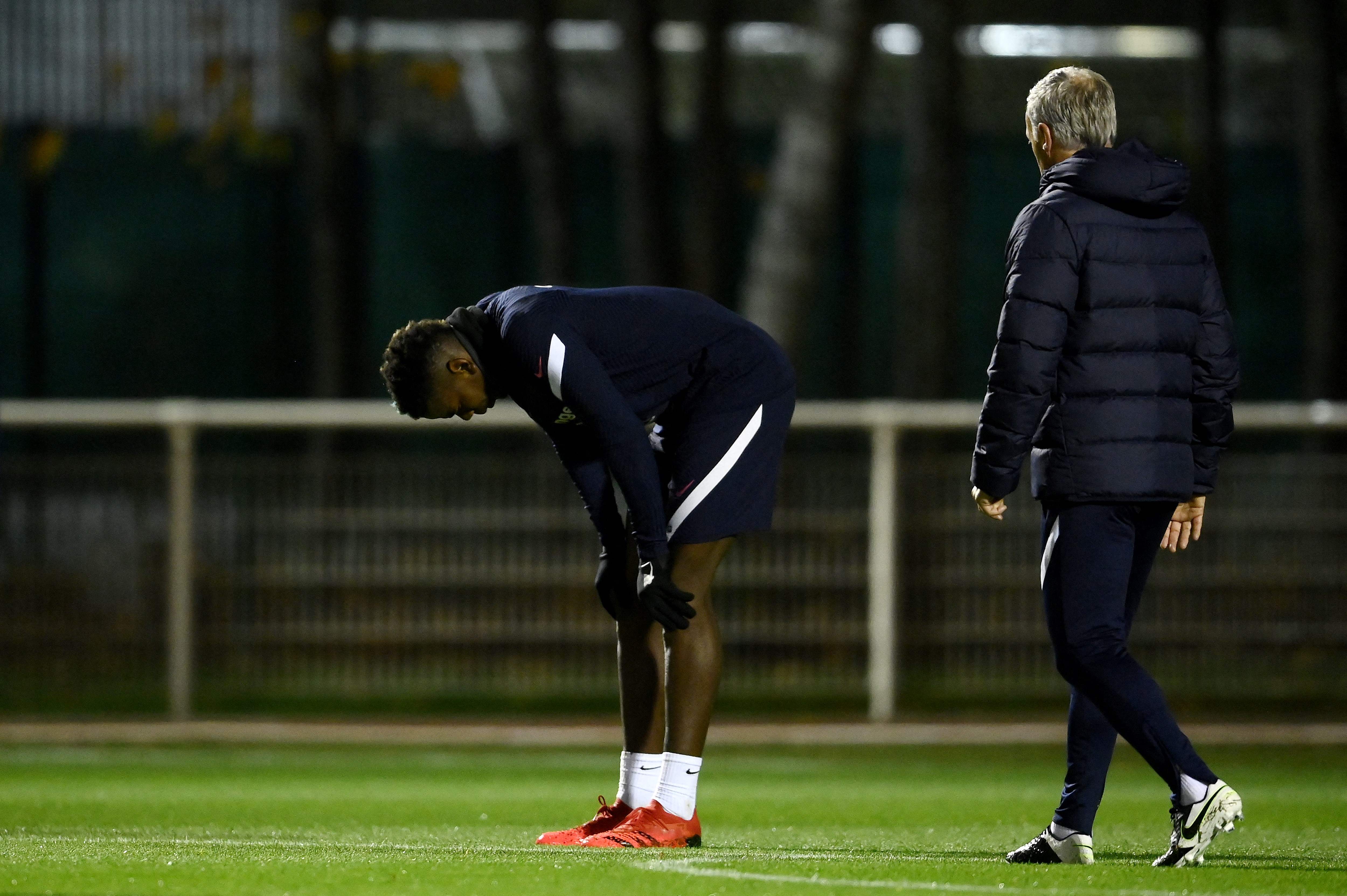 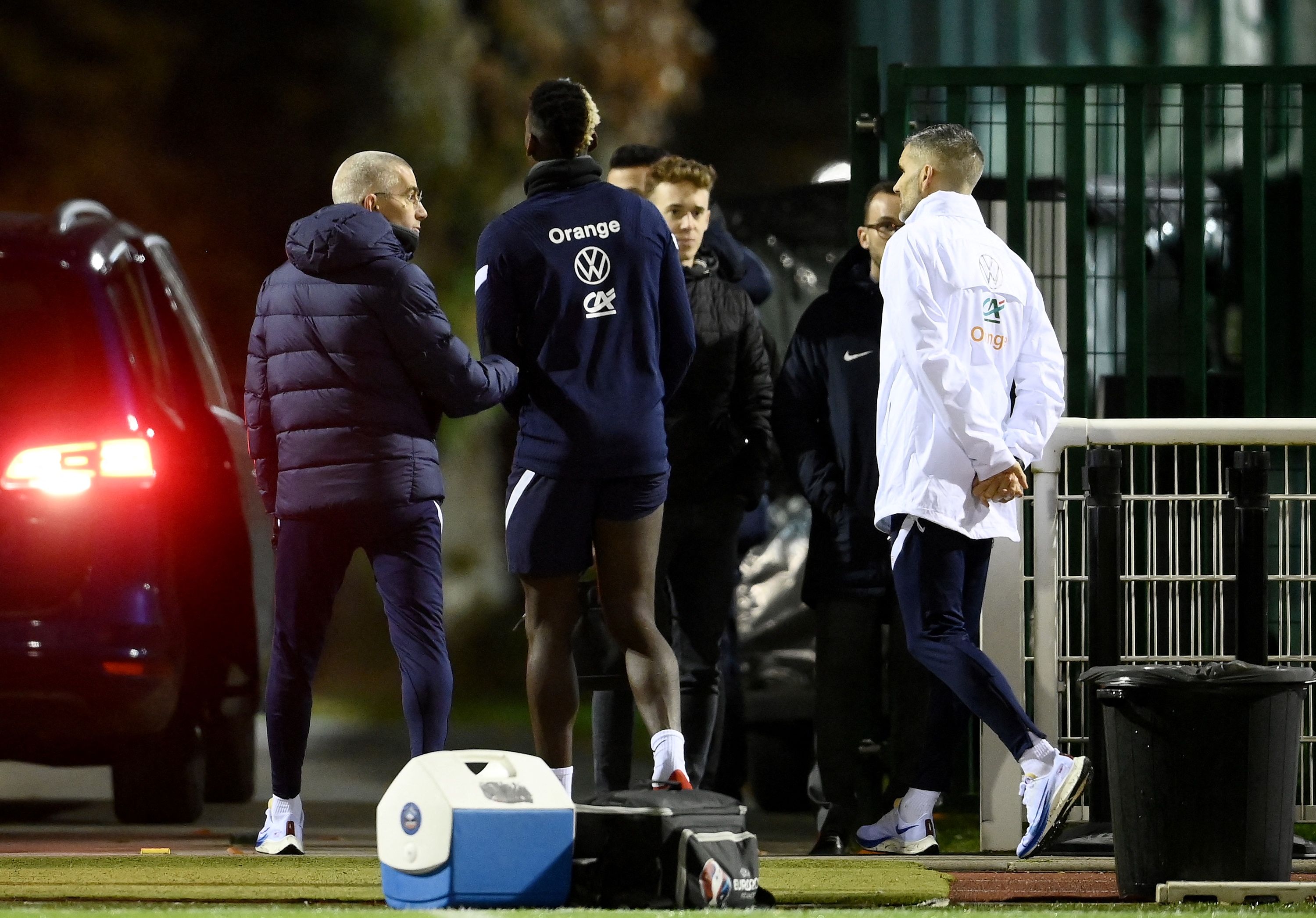 Only he and Bayern right-back Benjamin Pavard were training, with the rest of the squad given the day off after playing at the weekend.

Pogba played a pass into the coach who then flicked it up on the edge of the area, with the midfielder dragging his shot wide from inside the D.

But as he made contact with the ball, World Cup winner Pogba immediately let out a groan of pain.

After a few metres of slow, hobbled walking, Pogba keeled over in pain as France boss Didier Deschamps checked on one of his biggest stars.

The video footage then showed him limping off the pitch gingerly and clearly in discomfort.

One of the medical staff accompanied him to the nearby road where a people carrier reversed up and collected Pogba, probably to drive him back to the treatment room.

Ironically, just an hour before the news of his injury broke, Pogba posted pictures of him arriving at the French camp head to toe in black including his hat and trainers.

The ex-Juventus man – out of contract at Old Trafford next summer – wrote on Instagram: "Now 𝗙𝗢𝗖𝗨𝗦 on @equipedefrance."

Now Ole Gunnar Solskjaer and Deschamps will nervously be waiting to discover the extent of the damage to his muscle – and whether he faces a spell on the sidelines.

Les Bleus have two World Cup qualifiers in the current international break with a home clash against Kazhakstan on Saturday.

That is then followed by a trip to Finland next Tuesday.

United are next in action at Watford on November 20 – although that is the last game of Pogba's three-match suspension.

So the next time he could play for the Red Devils would be three days later at Villarreal in the Champions League. 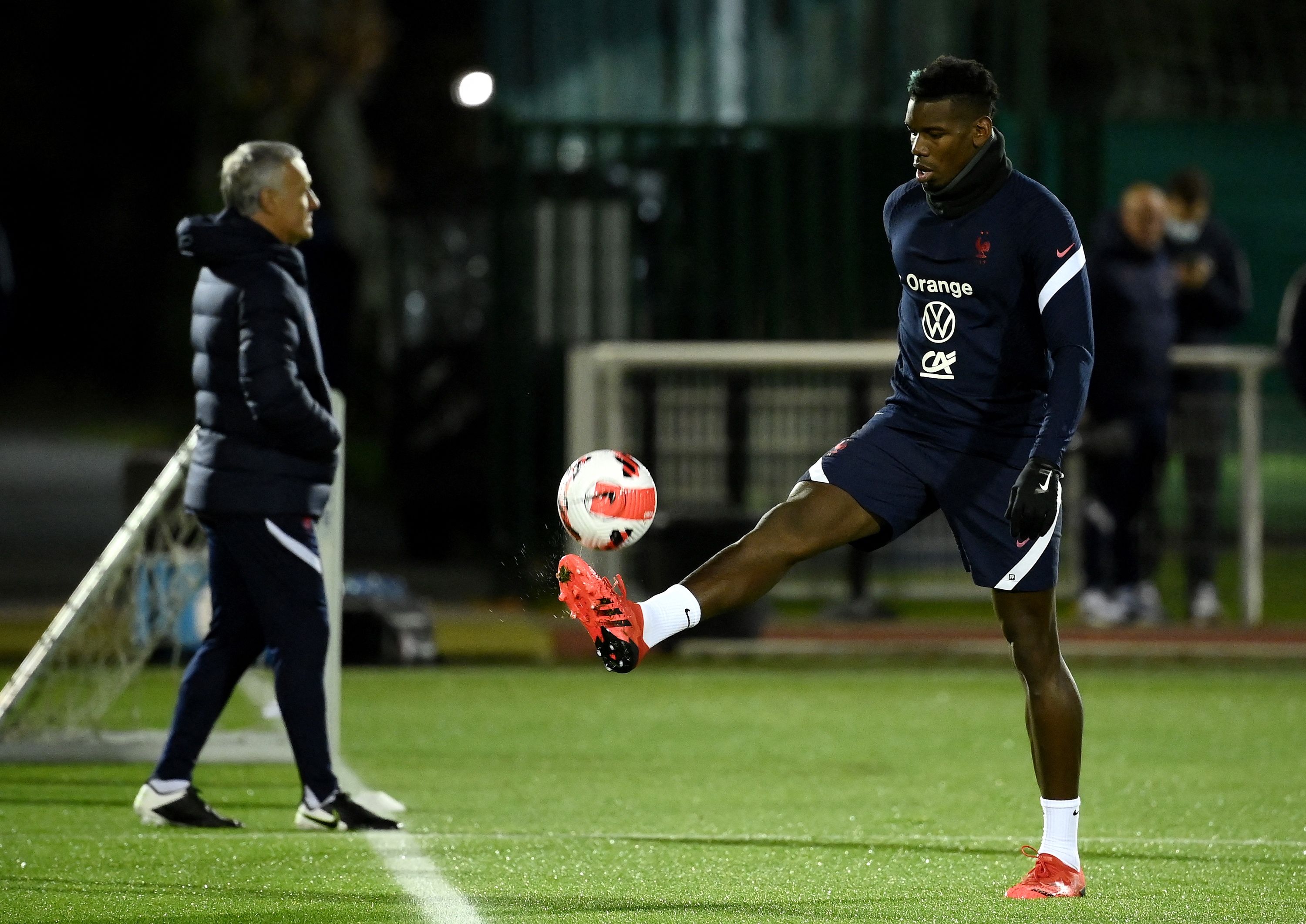 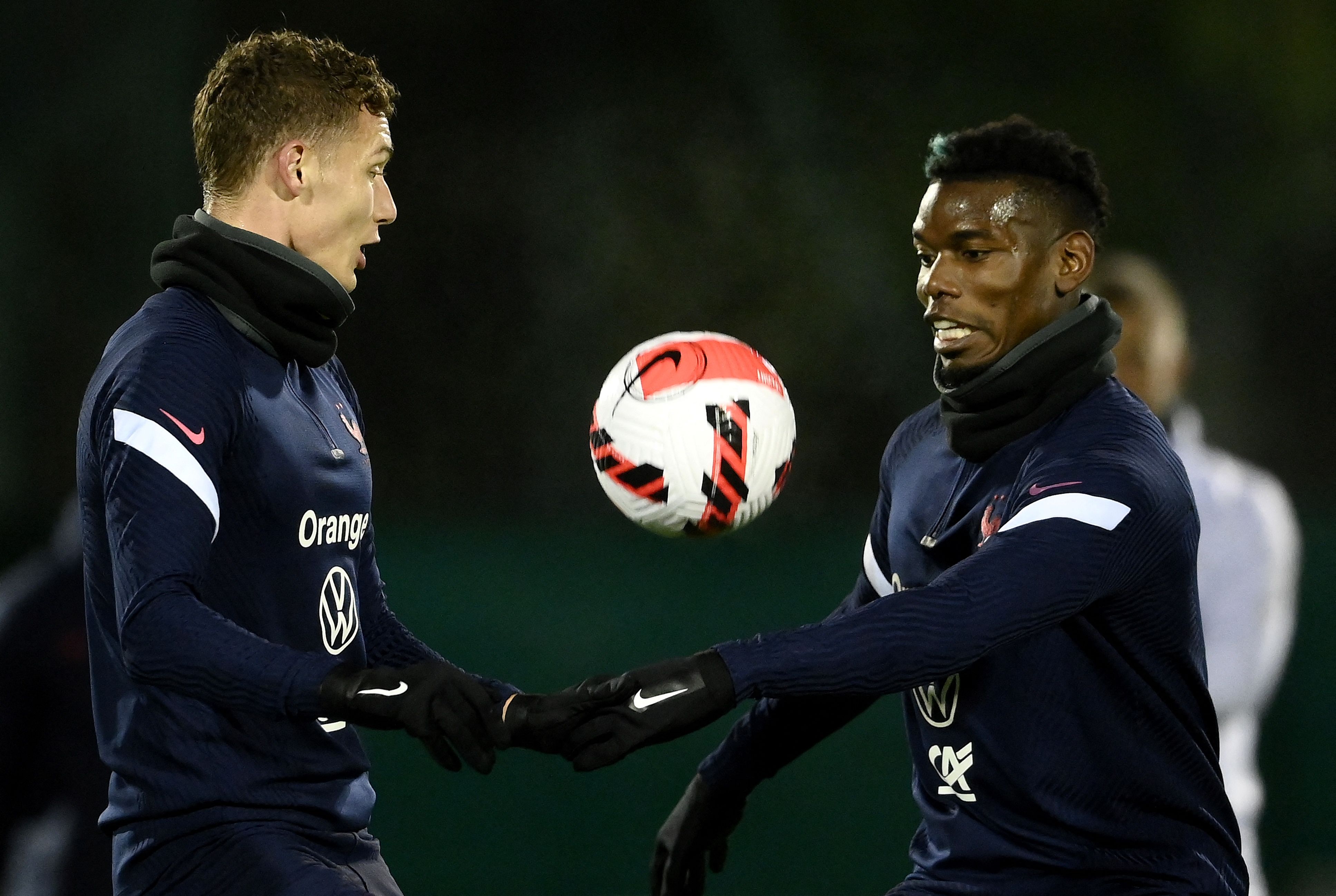 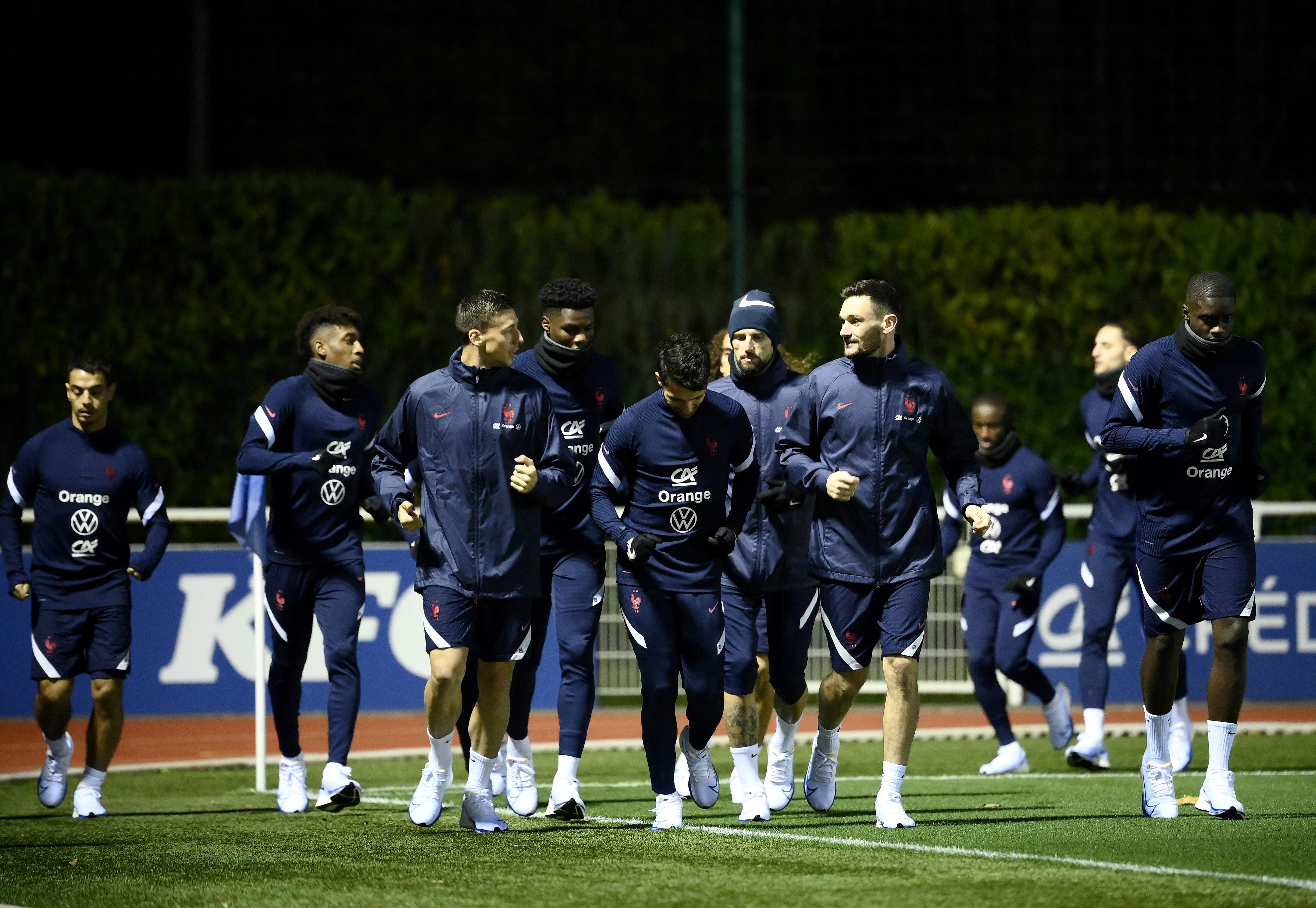 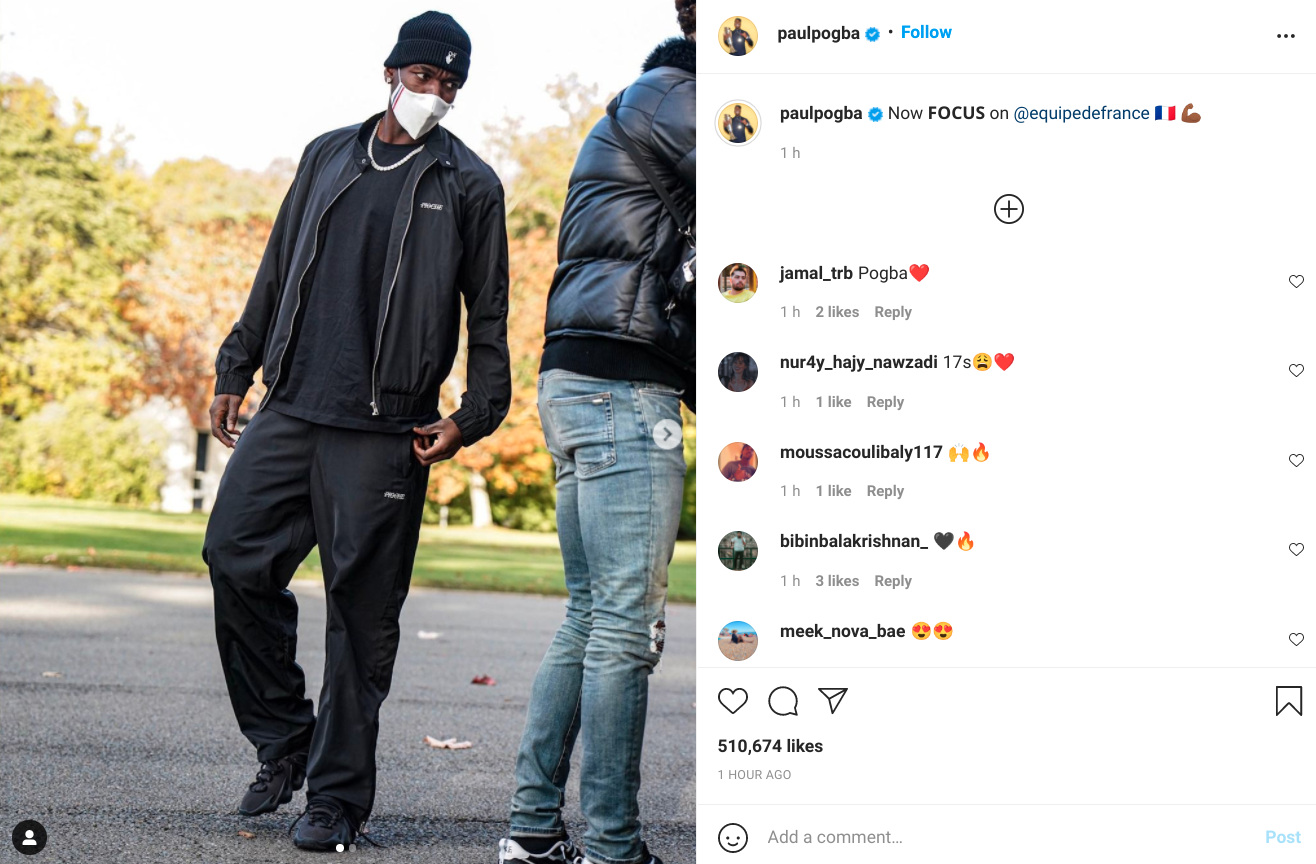