SAM ALLARDYCE and Jay-Jay Okocha turned back the clock at the University of Bolton stadium by recreating their on-pitch dance from 2003.

Big Sam bossed Okocha and a  Bolton All-Stars XI against the current team in a charity match in aid of full-back Gethin Jones’ mother, Karen, who has MND. 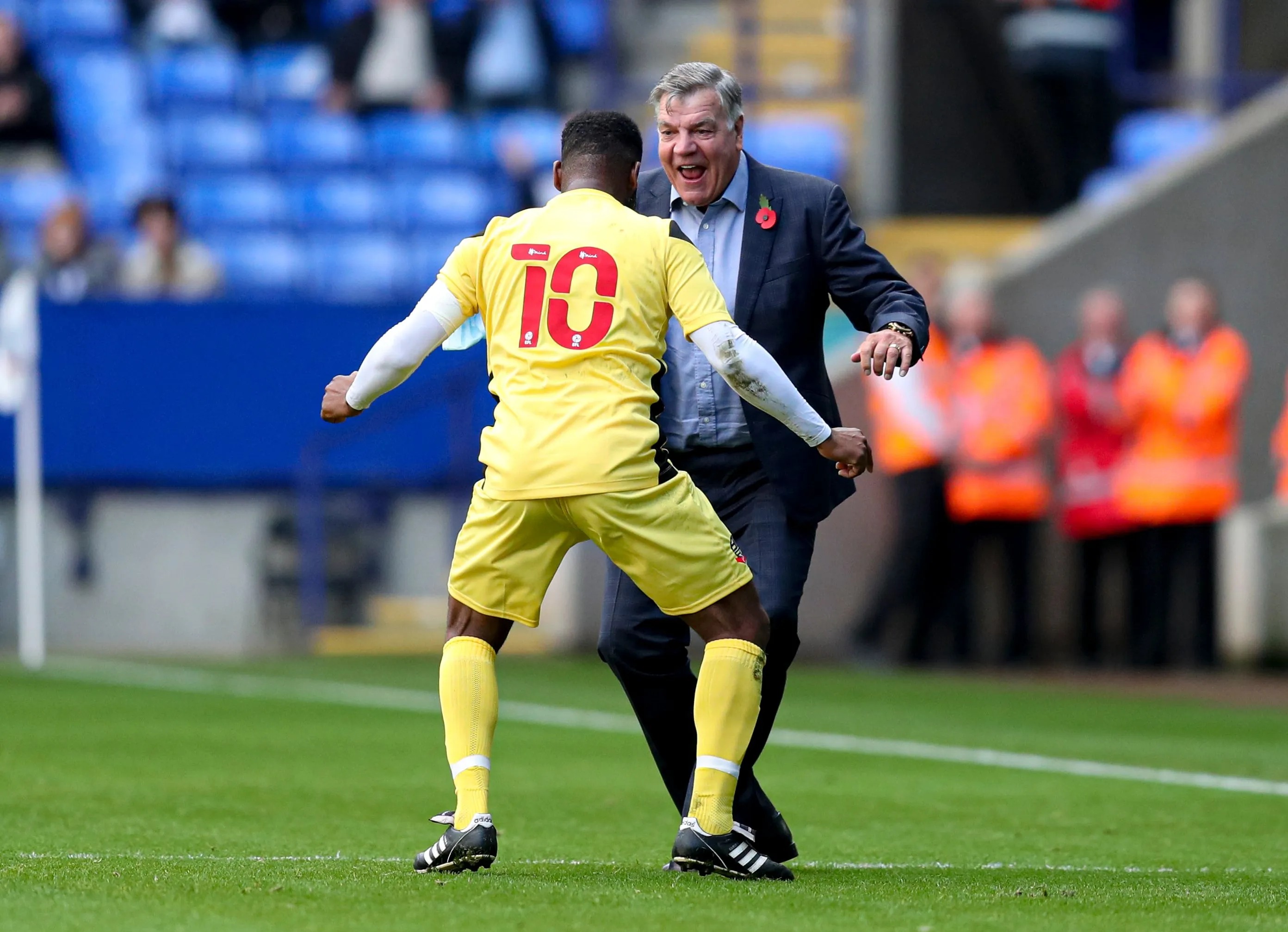 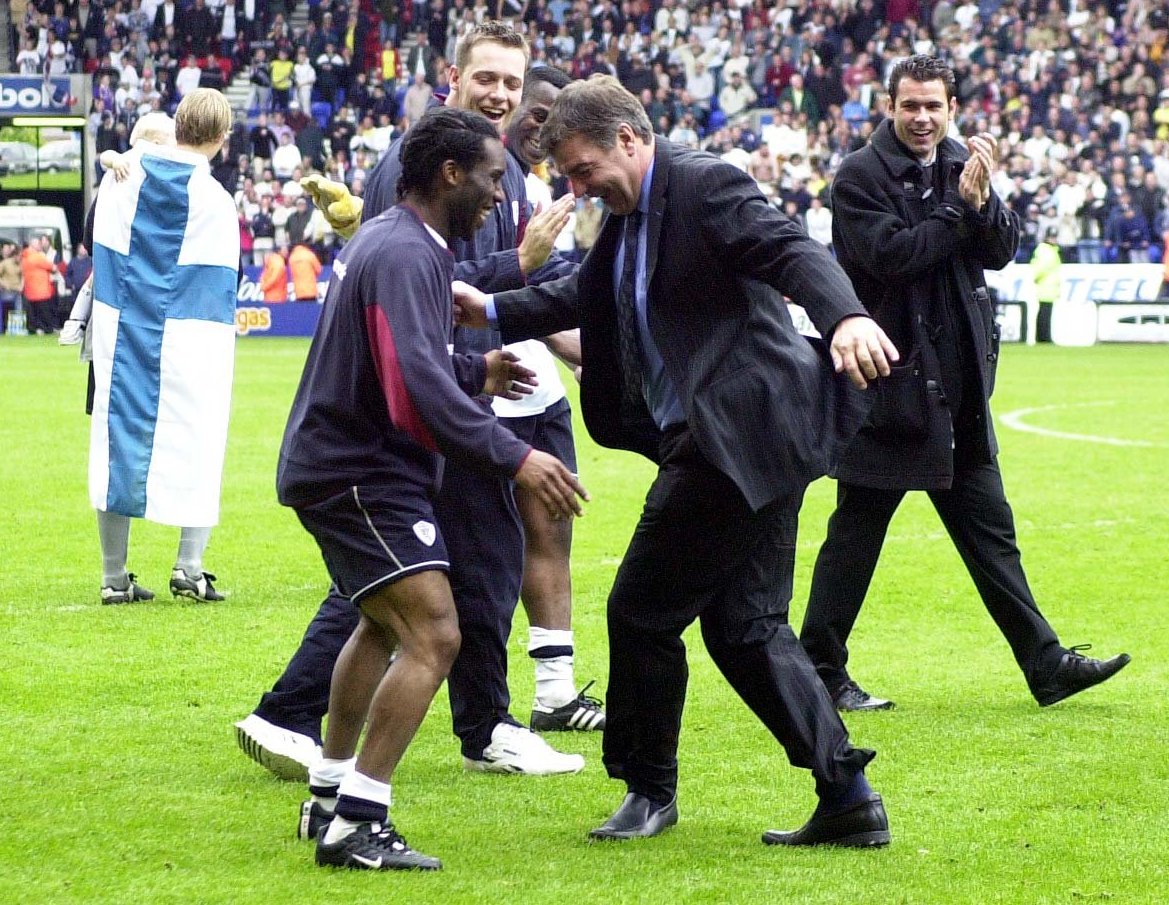 Allardyce and Okocha danced together 18 years ago after Bolton beat Middlesbrough on the final day of the season to stay in the Premier League.

And the pair twisted again yesterday for the 13,000 crowd who watched a host of Wanderers heroes including Kevin Davies, John McGinlay, Ivan Campo, Jussi Jaaskelainen and Ricardo Gardner.

Wanderers fans in the ground and on social media were loving the dance after Okocha – who Bolton supporters say is 'so good they named him twice – hit the game's opening goal.

And the match also brought back fond memories for the legends.

Okocha said: “It’s great to be back, I’ve got some fantastic memories of this place and it’ll always be in my heart.”

Another former captain, Davies – who had been instrumental in organising the legends’ team – added: “It’s like coming home for a lot of us.

“We know we’re here to raise money and we think we have done over the weekend with the fantastic support we’ve always had here.”

Current boss Ian Evatt came on for the second half and netted a hat-trick as the present-day Wanderers beat Big Sam's All-Stars 7-4.

Before the match, Allardyce, who managed Bolton from 1999 to 2007 and led them from the Championship to the Uefa Cup, said: “It was just a dream, not just for me and the players playing together but also the fans. 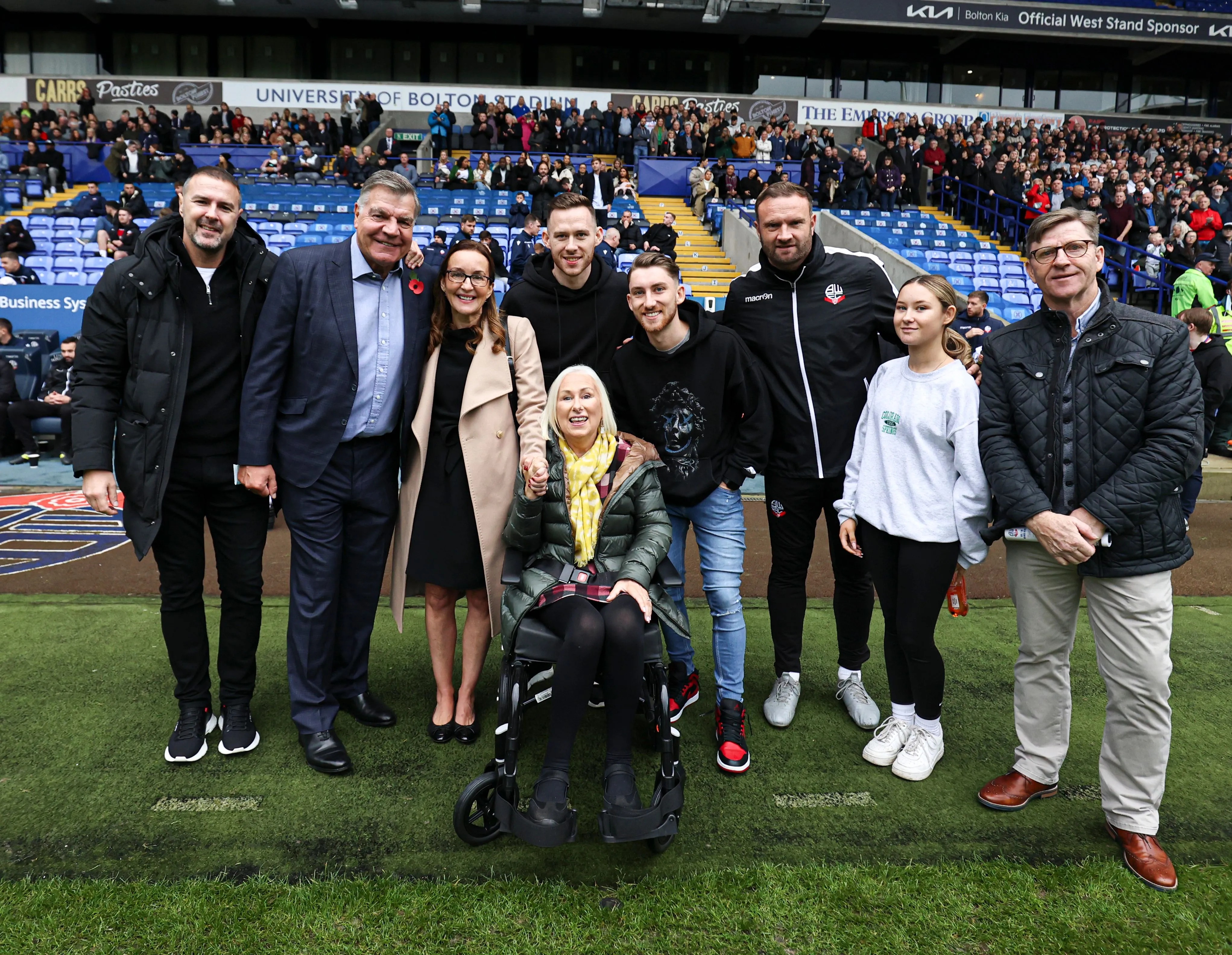 “I’ll never forget the atmosphere when the ‘Reebok’ was full.

“It was the best time a lot of them ever had and certainly one of the best I had – apart from being a player myself because nothing really substitutes that.

“That eight years was fantastic."

To donate, go to https://www.justgiving.com/crowdfunding/Karen-JonesMND