Sir Hugh Robertson also backed Britain’s athletes to outdo their stunning performances when they head to Paris for the next Games in just three years.

Robertson and Team GB faced a logistical challenge like no other to compete in Japan at a Games already delayed by a year and plunged into a state of emergency due to Covid-19.

So for Britain to come away with 65 medals, equalling their tally at London nine years ago, is all the more impressive.

“Six months ago we faced a wall of people telling us we shouldn’t be doing this, it’s entirely unethical and the wrong thing to do.

“But when the Games started, they started to be defined not by those moments but by the sporting success, and our athletes have done us proud.

“It all started around 18 months ago when the Games were postponed. The BOA had to try and get the entire athlete body and their coaches vaccinated, and then start the whole process of getting people out there safely in bubbles at different times. 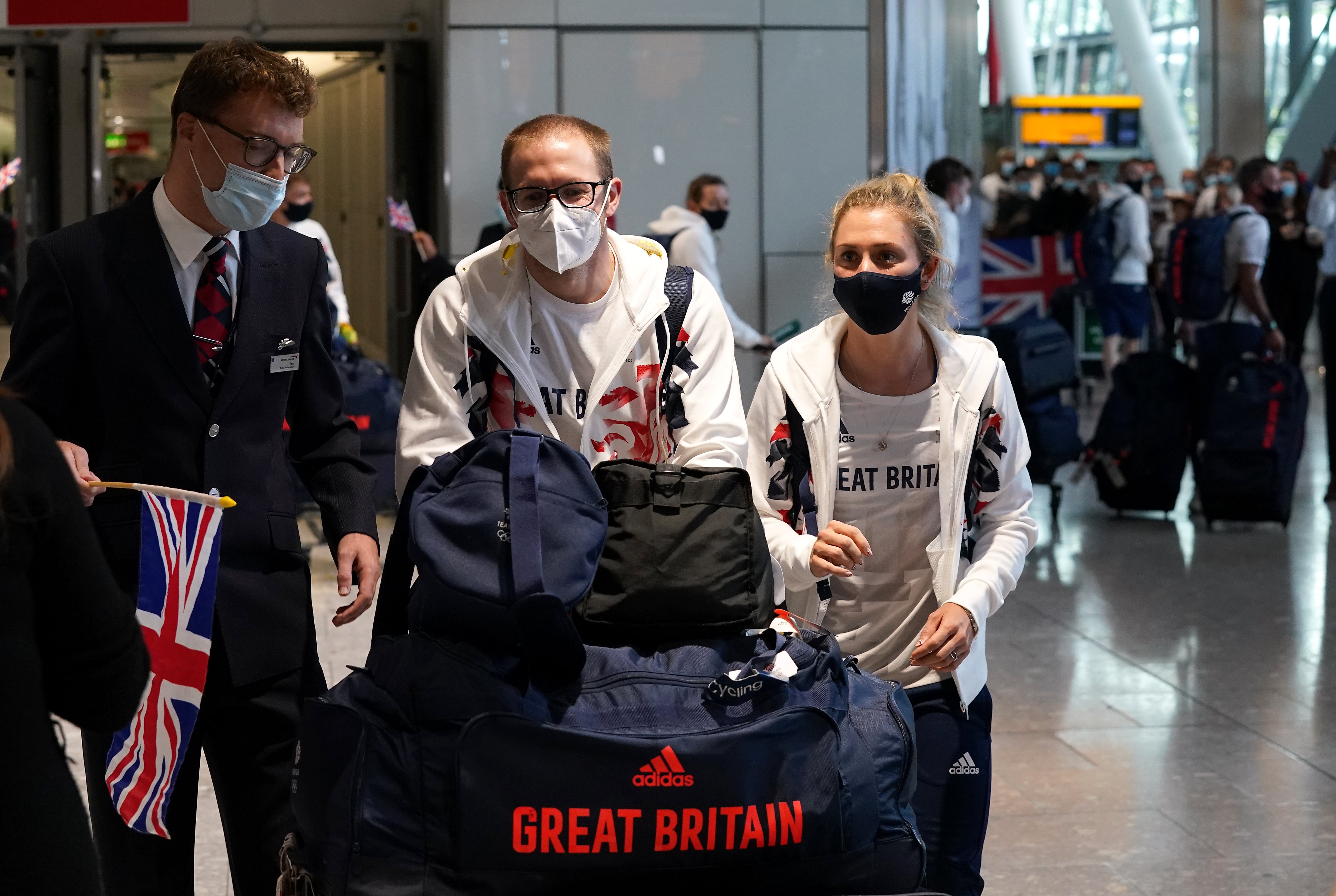 “We always knew this was going to be a bumpy ride and the success of Team GB’s administration operation has been to minimise it to that level.

“To have got Team GB through it as well as we have deserves huge credit.

“To have moved over 1,000 people from a country where cases when we left were about 50,000 a day, into a state of emergency, and to have delivered them, without exception, safe and sound to the start line is a remarkable achievement.”

Cycling’s golden couple Jason and Laura Kenny, boxing champions Galal Yafai and Lauren Price and Modern Pentathlon winners Kate French and Joe Choong were among the athletes taking the final flight from Tokyo back to Britain.

Men’s flyweight gold medallist Yafai was mobbed by a raucous group of friends and treated to a rendition of ‘There’s only one Galal Yafai’ upon his arrival.

The 28-year-old from Birmingham said: “It’s something I’ve wanted to do for so long and now I can bring it back for my family and friends, for my city and my country.

“I was just thinking about getting through every fight and that’s what I managed to do.”

Robertson says the experience of Tokyo will stand Team GB in good stead when the Games arrive just across the Channel in 2024.

“There are reasons to be optimistic,” he added. “It’s only three years away and we have a very young team who will only get more experience.

“The events in Tokyo tends to suggest the pipeline of young stars coming through is very strong.

“And of course, in Paris, hopefully with all this behind us, they’ll have the benefit of lots of British supporters. It will be a sort of proxy home Games for us.”