FANS appeared to boo Chelsea and Leicester City players this evening as they took the knee before the FA Cup final.

Booing sounds were audible from both sides of Wembley as the Foxes won the competition for the first time in their history. 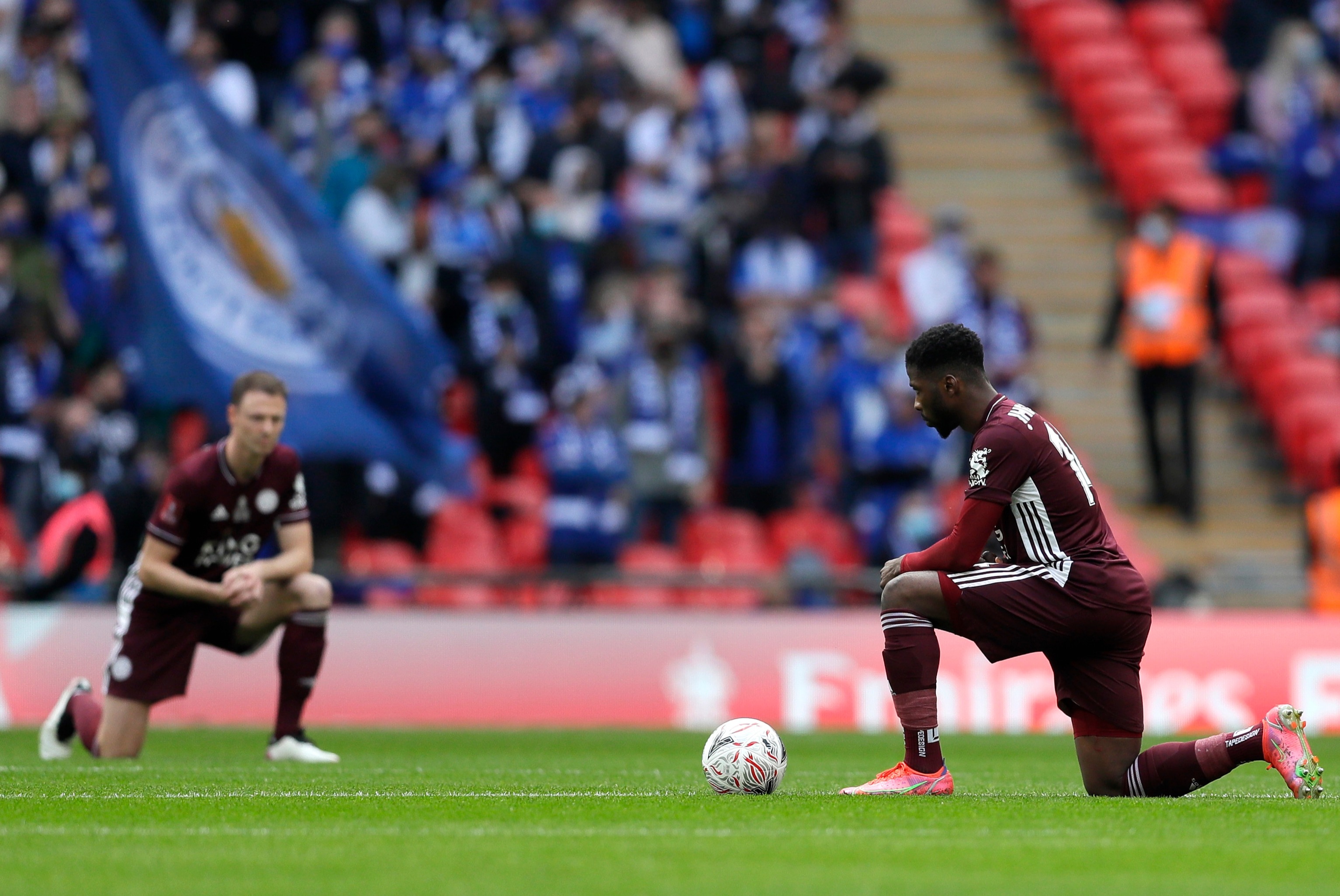 Just before play began at 5:15pm this evening, both sets of players took the knee in a show of solidarity against racism.

The protest, which has become customary at football matches since the resumption of the Premier League in June 2020, appeared to be booed by a minority of Chelsea and Leicester fans.

The boos were quickly drowned out by loud cheers as the match began.

The UK's biggest post-lockdown crowd of 21,000 were in attendance as Leicester won 1-0 thanks to Youri Tielemans' 63rd-minute winner.

It's not the first time the taking of the knee has been booed by football supporters, with the same happening at Millwall's game against Derby County in December 2020.

Jeers were also heard at a match between Exeter and Cambridge United ten days later.

Up to 10,000 spectators will be allowed to attend outdoor events from Monday as hundreds of clubs welcome fans back for this season's final fixtures.

Many have taken to Twitter report what they heard at Wembley and criticise those booing.

One fan wrote: "Imagine going to an occasion like the FA Cup final – a magical day – and booking players taking the knee. Good grief!"

While another tweeted: "This is why people don't deserve football."