Home » Sport » Westminster Dog Show Will Move Outside in 2021

Westminster Dog Show Will Move Outside in 2021

The event, long a fixture at Madison Square Garden in Manhattan, will move to Lyndhurst, a riverside estate in Westchester County, in June to comply with pandemic restrictions. 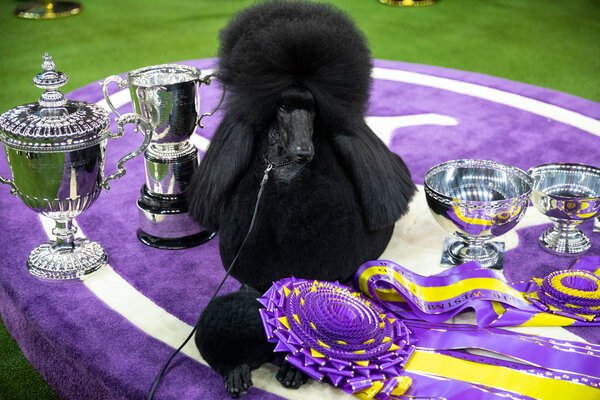 The nation’s top dogs are getting a weekend in the country.

The Westminster Kennel Club, the organizers of the popular dog show that has been a midwinter tradition in New York City for decades, announced Wednesday that next year’s event will be held in June at Lyndhurst, a riverside estate in Tarrytown, north of the city.

The dates for the main judging competitions are June 12 and 13, though the weekend will begin with the masters agility championship on Friday, June 11. For the first time, Westminster said, the best-in-show judging will air live on a broadcast network, with Fox taking over the event from its cable partner for the Sunday night finale.

The change to a warm-weather, outdoor show was necessary, organizers said, to ensure the event could take place and still comply with the “ever-changing government restrictions” brought on by the coronavirus pandemic. The Lyndhurst grounds have a long history as the host of dog shows, including dozens of events run by the Westminster Kennel Club.

The vast collection of antiques at the estate — which is owned by the National Trust for Historic Preservation — will, presumably, remain off-limits, even to champions.

The change in venue, which was made possible when two other shows agreed to surrender the June dates, will allow the Westminster show to extend a continuous run that dates to 1877. Only the Kentucky Derby, which was first run in 1875 and crowns a horse, not a dog, as its champion, has had a longer run among American sporting events.

Westminster also announced that three new breeds will enter the competition in 2021: the Barbet (“the archetype water dog of France”) in the sporting group; the Belgian Laekenois (“an affectionate, alert and intelligent dog bred to herd and guard flocks and fields”) in the herding group; and the Dogo Argentino (“bred to find, chase and catch dangerous game”), which will join the working group and captain the kennel club’s soccer team. (OK, that last part isn’t true.)

The additions will join the 208 eligible breeds competing for best in show.