Home » Sport » What to Know About the Yankees’ Coronavirus Outbreak

What to Know About the Yankees’ Coronavirus Outbreak

Gleyber Torres is the eighth person (and the first player) from the Yankees organization to test positive for the coronavirus this week. All had been vaccinated. 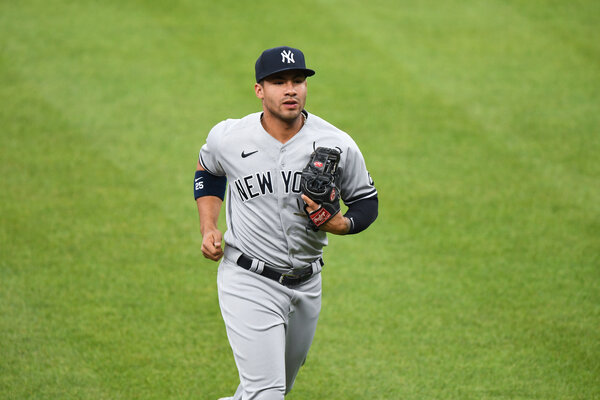 Gleyber Torres, the Yankees’ two-time All-Star shortstop, became the eighth person involved with the Yankees organization to test positive for the coronavirus this week, the team announced on Thursday. But what has caught the attention of many outside of the baseball world is that Torres, three coaches and four support staff members had all been fully vaccinated.

Torres played on Tuesday against the Tampa Bay Rays, but he was held out of Wednesday’s game as his virus test results were pending. Before Thursday’s game, the team announced that Torres had a confirmed positive test. As a result, Torres might be away from the Yankees for 10 days based on the health and safety protocols negotiated by Major League Baseball and the players’ union.

Here’s what is going on:

What do we know?

The Yankees’ outbreak began on Sunday, when the team, after spending over a week in New York hosting home games, flew to Florida to play the Tampa Bay Rays and learned that Phil Nevin, their third base coach, had tested positive for the virus.

The Yankees began extensive virus testing on Monday, a scheduled day off, and put people deemed to have had close contact with Nevin into isolation. To be safe, and in consultation with a joint committee of M.L.B. and players’ union experts, the team also isolated a few employees who fell into a gray area.

Nevin initially had some symptoms but was considered symptom-free by Thursday, General Manager Brian Cashman said.

After Tuesday’s game, the Yankees announced that the number of confirmed positive results had grown to three. The two new people: the first base coach, Reggie Willits, who was already in isolation, and an unidentified support staff member.

All eight people were in isolation in the Tampa area, either at the team hotel or in their own homes. The Yankees’ spring training complex is there, so some players and staff members have off-season homes in the area.

Everyone in the Yankees’ traveling party of 50 to 60 people is being tested three times a day using polymerase chain reaction, saliva and rapid tests. Thursday was the first day of no new positive test results since the outbreak began, Cashman said. “Maybe it’s slowing down,” he said. 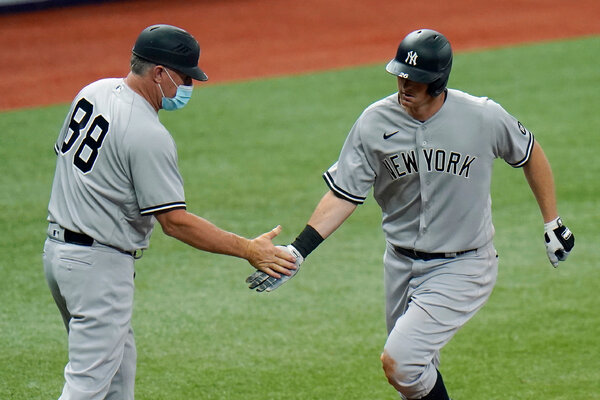 What is a breakthrough case?

The Yankees have called all eight instances “breakthrough positives.” According to the Centers for Disease Control and Prevention, a breakthrough case occurs when a fully vaccinated person contracts Covid-19. It said a small number of such cases would be expected despite the effectiveness of vaccines, because none of the vaccines are capable of preventing illness in 100 percent of cases.