England’s match-winner Ellen White has revealed that her ‘goggles’ celebration after scoring against Scotland derives from German football and was a coded message to her husband.

White and her husband, Callum, enjoy watching the Bundesliga and saw a game at Cologne in which striker Anthony Modeste made the same celebration.

‘My husband was like, “Why don’t you do that”,’ said White. ‘So it’s mainly for him really. 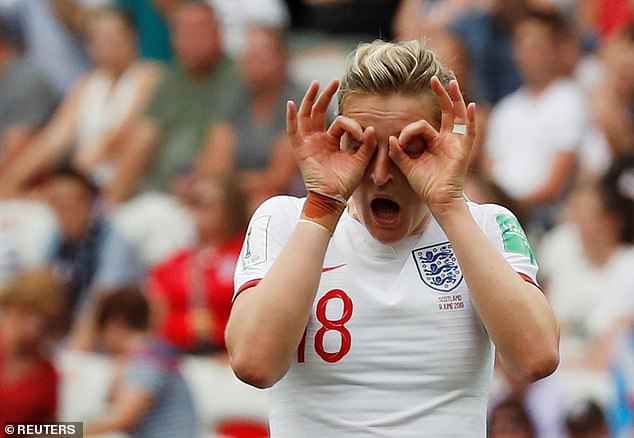 ‘But I’ve started something I can’t really stop now. We just love German football, went over there on a break and loved the atmosphere and the football.’

The 30-year-old set off doing the celebration after initially finding the net with a goal which was chalked off because she was fractionally offside.

She waited to be sure her 40th-minute goal counted before employing it again.

‘I had prematurely been doing my celebration for that offside one! I’m delighted to get on the scoresheet,’ she said.