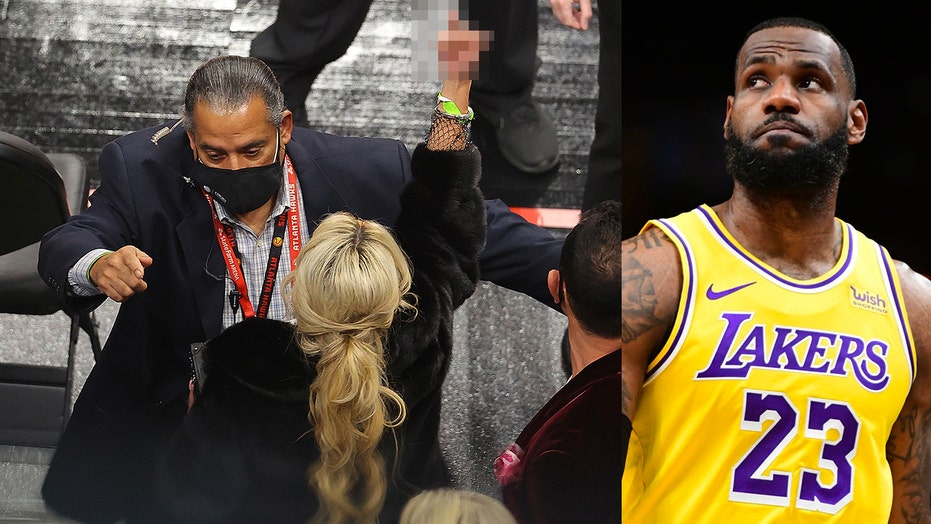 An Atlanta Hawks fan was thrown out of Monday night’s game after getting into a heated argument with LeBron James. The incident has since gone viral and many are wondering just who woman the Los Angeles Lakers star later dubbed a “courtside Karen” is.

Juliana Carlos identified herself on social media as one of the four people escorted out of Atlanta’s State Farm Arena during a fourth-quarter disturbance that she said began when James said something to her husband, Chris Carlos.

James addressed the situation during a post-game press conference, and while he didn’t say how it began, he explained that there was a “back-and-forth” with a fan but admitted he didn’t believe they should’ve been kicked out.

The Hawks have launched an investigation into the incident, according to The Athletic.

WHO IS JULIANA CARLOS? 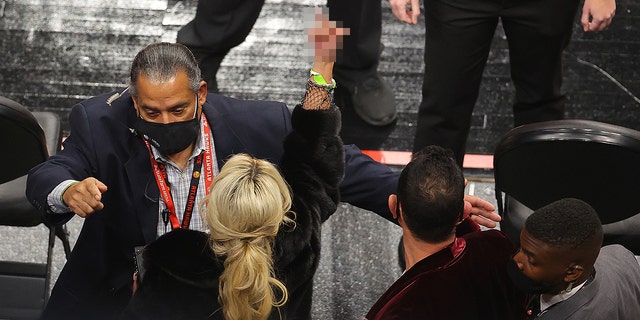 A fan gestures as she and her party are escorted out of the arena during the second half of the game between the Los Angeles Lakers and the Atlanta Hawks at State Farm Arena on Feb. 1, 2021, in Atlanta, Ga.
(Getty Images)

Little is known about Carlos outside the information provided on her social media. In her Instagram account explaining what happened — in videos that have since been deleted — Carlos told her more than 50,000 followers that she is 25 years old.

She also says on her Instagram that she lives between Atlanta and Miami.

Carlos also has a YouTube channel where she posts makeup tutorials, including a video posted with husband Chirs Carlos where she says the couple first met on a blind date in Miami. 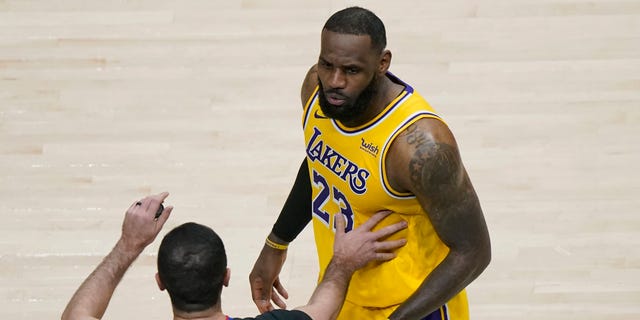 Los Angeles Lakers forward LeBron James is restrained by an official as he reacts to a fan in the second half of an NBA basketball game against the Atlanta Hawks, Monday, Feb. 1, 2021, in Atlanta. (AP Photo/John Bazemore)

Chris Carlos is an Atlanta businessman and a partner at the Republic National Distributing Company, his family’s business. According to the company’s website, he has worked there since 1985 and now serves as the company’s executive vice president of Georgia.

Attempts by Fox News to reach Juliana Carlos for comment were unsuccessful. Her husband did not respond to two requests for comment as of Tuesday morning.

Carlos, Is, Juliana, the, who, wom
Celebrities