NOVAK DJOKOVIC’S bid for a record-equalling 20th Grand Slam is very much on after the super Serb breezed into the Wimbledon quarter-finals.

Chilean opponent Cristian Garin was left looking like a rabbit in the headlights on his Centre Court bow. 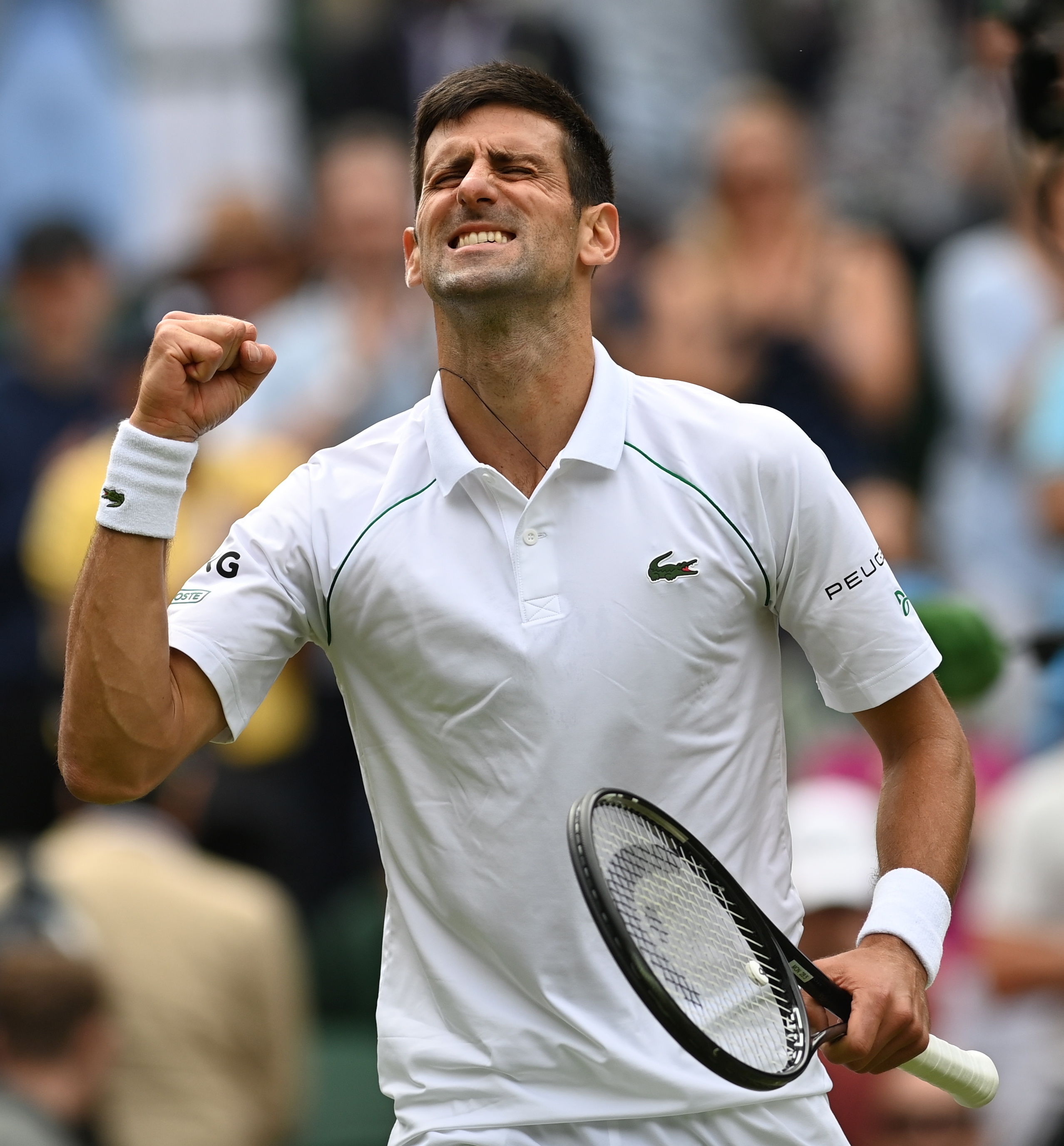 In truth, Djokovic, 34, barely broke sweat in an easy match that lasted just one hour and 49 minutes.

The dominant display only strengthened many pundits’ belief that Djokovic – who came through 6-2 6-4 6-2 – will be crowned SW19 champion for a sixth time come Sunday.

Should that come to pass, then the world No1 will draw level with legends Roger Federer and Rafa Nadal on 20 Slam singles titles.

While he would also be three-quarters of the way to a first-ever Grand Slam clean sweep in a single calendar year having already triumphed at the Australian and French Opens.

“That was one of the biggest wins under those kind of circumstances that I’ve played in, particularly in the second week.

"Two five-setters, two four-setters… It took a lot out of me but it gave me wings.

“It gave me the confidence boost I needed for Wimbledon. Energy levels are really good.

“The further the tournament goes I feel I’m more confident playing on grass. I look forward to the next challenge.”

It was hoped Garin would offer up more of a challenge given his world ranking of 20 and seeding of 17 at the All England Club.

But the 25-year-old is much more comfortable on clay and was no match for his iconic opponent.

Garin looked extremely nervous in the first set, losing the first eight points and winning just 11 in the entire 23-minute opener as he fell 6-2.

He improved in the second set but Djokovic never looked in trouble and cranked up when he needed to, before another demolition in the third and final set.

But after 18 straight victories at SW19 – including the last two finals – it is hard to see anyone stopping the best player on the planet.