Bruce was marking his 1,000th game as a manager – but he probably has that many problems off the field right now. 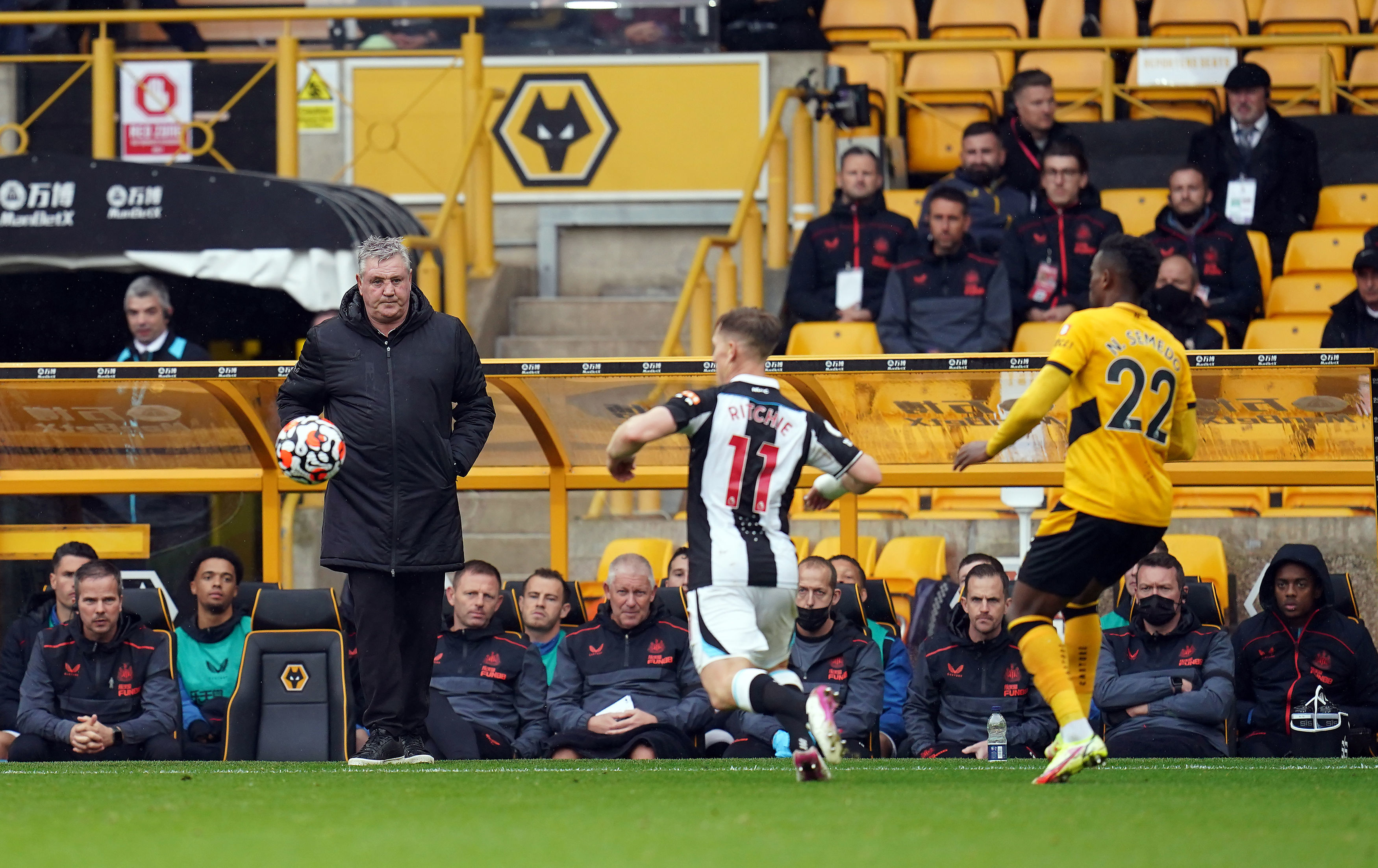 But Newcastle might have had a share of the honours after scoring a controversial goal five minutes before half-time.

Toon striker Joelinton and Jose Sa went for a loose ball in the area and the Wolves keeper stayed down clutching his shoulder.

But ref Graham Scott was having none of it and, with Wolves failing to clear the danger, sub Jeff Hendrick drilled a low drive as Sa got up and desperately tried to block the shot.

The goal left Wolves boss Bruno Lage furious as he dashed out of his technical area to question the ref’s assistant. He earned a booking for his outburst.

Wolves should have been leading 2-0 at that point as 73 seconds earlier Francisco Trincao was set up by Hwang but chose to try and smash the ball home, only to see it hit the underside of the bar and bounce out again.

Newcastle could have gone ahead after the break when Sa kept out a close range effort from liverwire Allan Saint-Maximin.

But soon after Wolves regained their lead as Hwang scored again just before the hour.

Jimenez got the better of his markers and found Hwang who placed the ball into the far corner, just as he did with his opener.

The on-loan RB Leipzig forward now has three goals to his name since signing in August and this display suggests the will be a key man for Lage.

Travelling Newcastle fans called for Bruce’s head in the second half and he was dealt a blow after 36 minutes when Joe Willock limped off injured.