Home » Sport » WrestleMania 37 set begins to take place as WWE prepare to welcome back 50,000 fans across two nights of action

WrestleMania 37 set begins to take place as WWE prepare to welcome back 50,000 fans across two nights of action

WRESTLEMANIA 37 is set to welcome back 50,000 fans across two nights at the Raymond James Stadium in Florida.

The WWE's showpiece event will again be staged in back-to-back nights, starting on April 10. 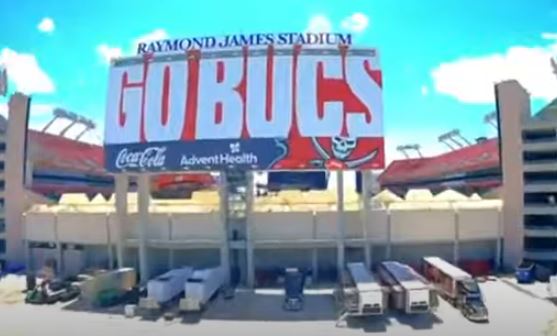 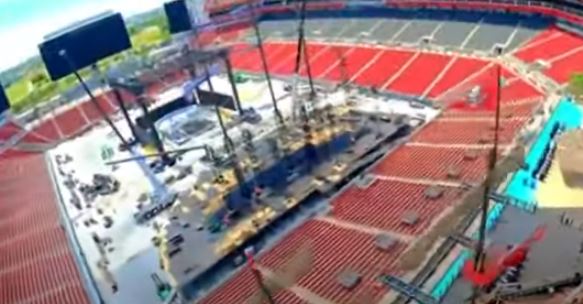 In drone footage shared on YouTube, it revealed an early look of the stadium and where the ring will be situated.

A maximum of 25,000 supporters can be in attendance at the 75,000-seater stadium, which is the home to NFL side Tampa Bay Buccaneers

Announced matches for WrestleMania include the Universal title clash between Roman Reigns, Edge, and Daniel Bryan.

Last year's Mania was a historic one, as for the first time it was staged behind closed doors, amid the coronavirus pandemic.

It was filmed from March 25–26 at the WWE Performance Center in Orlando and aired on April 4–5.

WWE fans are yet to return since the worldwide crisis and will do so for the first time at The Grandest Stage of Them All.

But, it was confirmed on the WWE's quarterly investors conference call that they will go back to behind closed doors show afterwards.

WWE Chief Financial Officer Kristina Salen stated the return of fans at regular events likely will not happen until the second half of 2021.