Seth Rollins retained the Universal champion by beating Baron Corbin in a match filled with controversy at Stomping Grounds in Tacoma.

Corbin selected Lacey Evans as special guest referee and she officiated the match completely in his favour, allowing him to use a chair on the champion and even refusing to count pin attempts.

It was too much for Becky Lynch – the real-life partner of Rollins – to bear, and she hit the ring to attack Evans, forcing a replacement referee into action.

Rollins got the win when he transitioned Corbin’s attempt at End of Days into a Stomp before celebrating with Lynch at the top of the ramp. 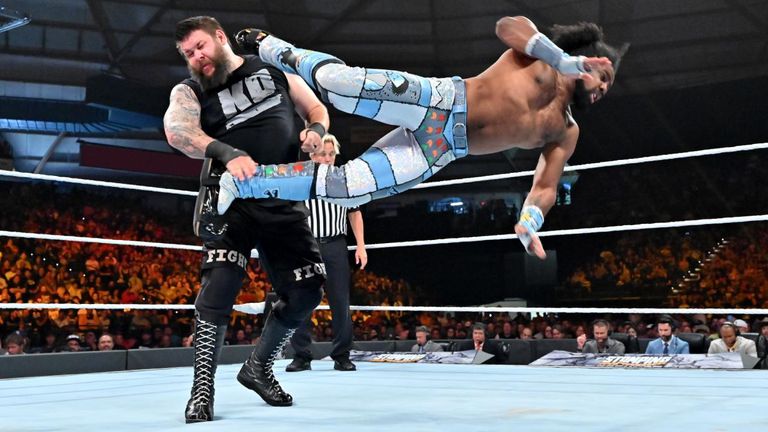 Kofi Kingston retained the WWE championship by escaping the cage before Dolph Ziggler in their match inside the steel structure.

Ziggler appeared to be in position to crawl out of the door but the champion dived over him to win the match and extend the title run he kicked off at WrestleMania. 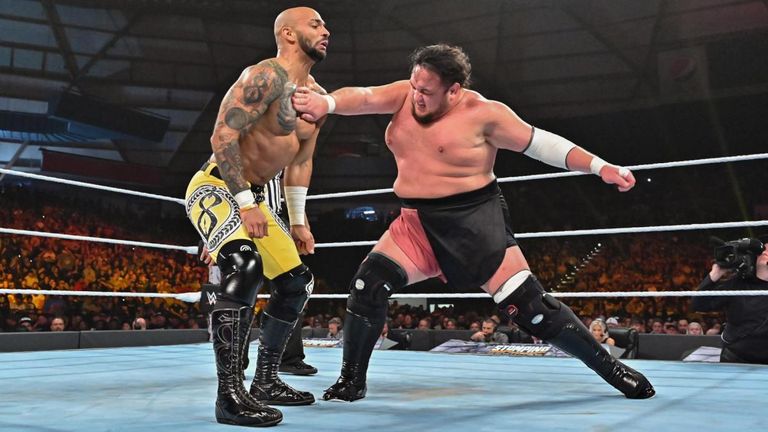 The only title change of the night saw Samoa Joe lose the United States championship to Ricochet.

In one of several excellent contests on the night, former NXT North American champion won the title after a 630 splash off the top rope. 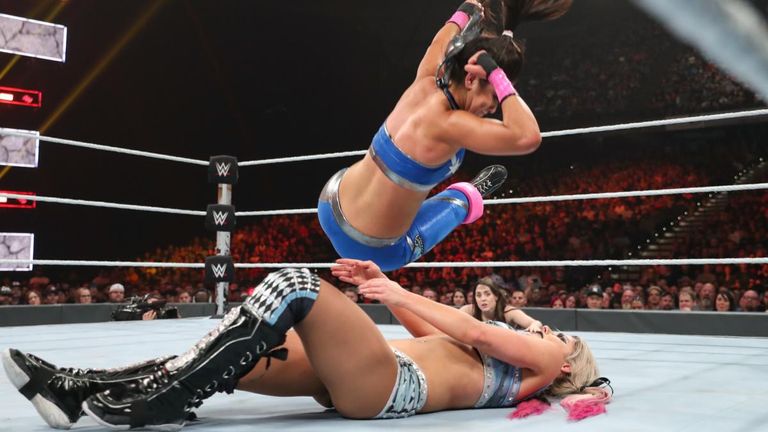 Lynch remains the Raw women’s champion after forcing Evans to tap out to the Dis-Arm-Her armbar in the opening match and Bayley retained the SmackDown gold after pinning Alexa Bliss.

Bliss succumbed to a Bayley-to-belly suplex after Nikki Cross’ involvement backfired in what was the champion’s first title defence since her win at Money In The Bank.

Daniel Bryan and Rowan saw off the challenge of Heavy Machinery in a very good match, Bryan rolling up Tucker with a small package for a hard-fought win.