The pair interrupted an interview on MUTV in which former Hull player Alex Bruce was providing his analysis on the match. 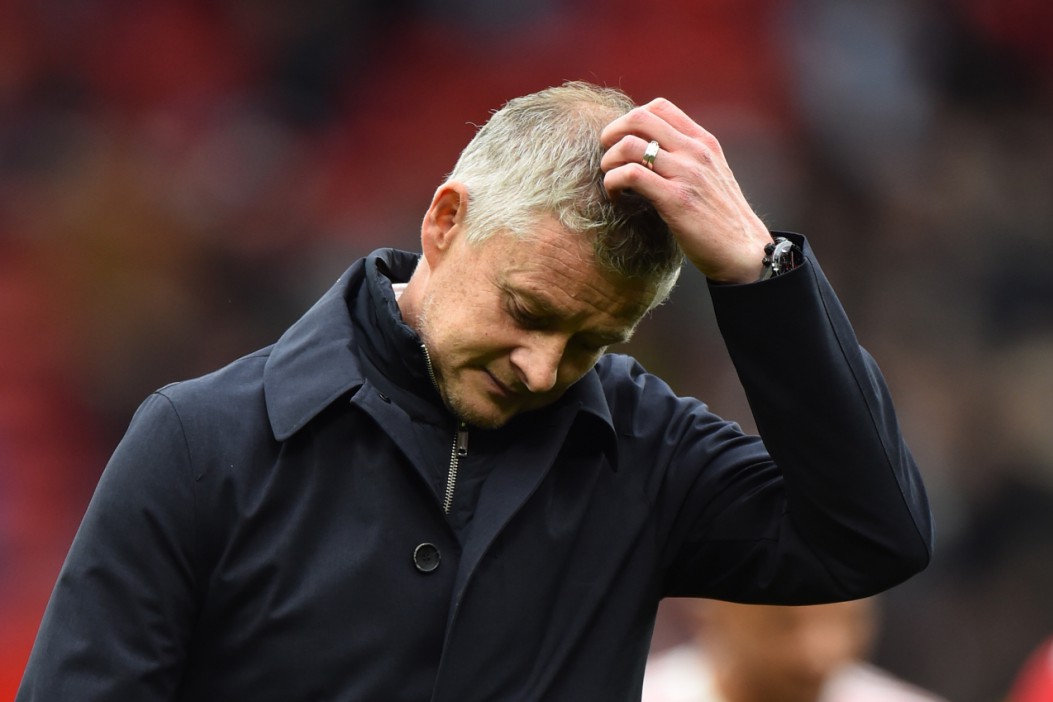 One pulled a face at the camera but the presenter still decided to give them air time – a decision he later regretted.

That is because when he asked the fans' opinion of the game, one simply replied: "Ole out!"

Pressure is beginning to grow on Solskjaer once again after a run of just two wins in six matches.

He made the bold decision to leave Cristiano Ronaldo and Paul Pogba on the bench against Everton and stood by his selection despite dropping points.

After signing Ronaldo, Jadon Sancho and Raphael Varane in the summer there is an expectation for a trophy to arrive at Old Trafford.

And having already been knocked out of the Carabao Cup at home to West Ham, Solskjaer has three competitions left to play for.

Defeat to Young Boys and scraping past Villareal in the Champions League shows improvement is needed, while United also lost at home to Aston Villa in the league.