Home » TV & Movies » 10 Films That Might Sell Big at the Cannes Market, from Natalie Portman to Zoe Kravitz’s ‘Pussy Island’

10 Films That Might Sell Big at the Cannes Market, from Natalie Portman to Zoe Kravitz’s ‘Pussy Island’

While the Cannes market runs concurrent with the festival July 6 – 15, a virtual effort begins this week with an embarrassment of riches: There’s Colin Farrell and Rachel Weisz reunited by provocateur Todd Solondz, Alexander Payne directing Paul Giamatti two decades after “Sideways,” and Julianne Moore, starring opposite Natalie Portman, in her sixth collaboration with Todd Haynes.

There’s simply no room for filler in a market dominated by auteur passion projects and compelling genre packages. The unusually robust pool of offerings is the strongest vote of confidence yet that the business has moved past production-insurance roadblocks and theatrical despair and is ready to turn up the taps of creativity and cash.

“We’re coming out of a period of companies putting their heads down, focusing on development, and now bringing forth really strong material,” said Cinetic Media’s Steven Farneth. “I’m heartened by what seems to be a fairly coherent launch of real projects that are filmmaker-led and passion-motivated in this market compared to years past, and we’re seeing real movie-stars choosing in this moment to put themselves behind that.”

The virtual market is just one piece of a flurry of activity around Cannes that will grip the industry’s attention for a full month. Monday marks both the start of the official Marché du Film online component — which will see 2,500 buyers and festival programmers pouring over 700 projects — and the start of virtual meetings and presentations by American sales agents, a less formal follow-up to the agencies’ virtual market last year.

Here are 10 of the buzziest films for sale at the virtual market.

Alexander Payne’s follow-up to 2017’s “Downsizing” is set to star Paul Giamatti as an elite prep-school teacher disliked by everyone on campus due to his pompousness and rigidity. With no family to celebrate Christmas with, the teacher remains on campus with a troublemaking but bright student and the school’s head cook, a Black woman who caters to sons of privilege and whose own son was recently lost in the Vietnam War. The trio form an unlikely family over the course of a snowy fortnight and realize none of them are beholden to their past. Expectations are high for the package, which will see Payne and Giamatti reunite for the first time since 2004’s “Sideways,” the Oscar-winning wine-country movie that features Giamatti in one of his most enduring roles. Production is set to begin early next year in New England.

Having found the comedy in death, rape, and pedophilia over the course of his three-decade career, writer-director Todd Solondz’ next project will bring that trademark spirited misanthropy to an Oedipal story. “Love Child” follows a precocious kid who schemes to get rid of his brutish dad in order to have his mom all to himself. It’s familiar territory for stars Colin Farrell and Rachel Weisz, who last shared the screen in Yorgos Lanthimos’ sardonic 2015 comedy “The Lobster.”

Solondz’s most recent effort, “Wiener-Dog,” was distributed by IFC Films and Amazon. “Love Child” should offer even more commercial appeal than is typical for his work; the filmmaker describes it as his “first movie with a plot” and one shaped by the Hollywood films that inspired his own career.

Saoirse Ronan, Lakieth Stanfield, and Paul Mescal will star in “Lion” helmer Garth Davis’ sci-fi film adapted from Iain Reid’s acclaimed novel by Davis and the author. The story explores the effect of corporate power and environmental decay on the natural world.  Mescal and Ronan will play a young couple visited by a man (Stanfield) one night, who brings news that Mescal’s character must travel to an experimental space station, while his partner won’t have a chance to miss him, as she won’t be left alone — even for a moment.

After his feature debut “Lion” earned six Oscar nominations, Davis saw a sophomore slump with the flat “Mary Magdalene.” This is the filmmaker’s attempt at a comeback: The greatest strength of “Lion” lies in its cast, and here Davis envisions a “Cassavetian level of performance” from three acclaimed young actors.

Julianne Moore will star opposite Natalie Portman in Moore’s sixth collaboration with director Todd Haynes. Moore plays Gracie Atherton-Yu, an actress and tabloid-target for her marriage to a man two decades her junior. Portman plays Elizabeth Berry, an actress who visits Gracie’s family in Maine in preparation to play Gracie in a film. The study turns out to go both ways and gives way to what Haynes described as a character study “with uncommon subtlety.”

“May December” is likely to attract interest from distributors prepared for its obvious strong awards potential driven by two decorated actors and acclaimed filmmaker. It’s set to start shooting next year.

After a first season aired in 1994 and the second three years later, Lars von Trier is finally getting the chance to complete his sui generis hospital series “The Kingdom.” The third and final season will feature new and old characters, including Karen as she seeks answers to questions left unresolved from the earlier seasons in order to save the hospital from doom. 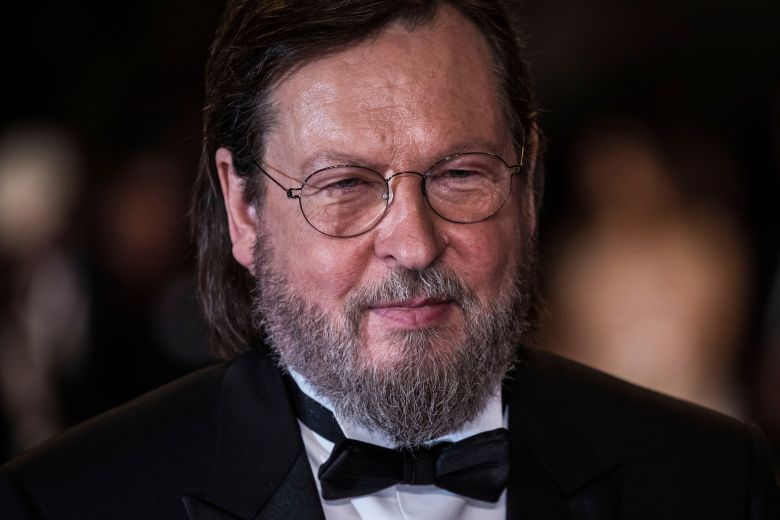 The first two seasons are hard to find in the US, but producer Zentropa is restoring them. That could create an opportunity for an American streamer to introduce the entire show to American audiences; Hulu is currently streaming von Trier’s “The House That Jack Built” and “Melancholia.” “The Kingdom Exodus” is expected to be delivered next year.

“The Bourne Identity” director Doug Liman’s next project is inspired by Jeffrey Archer’s novel “Paths of Glory” and penned by Oscar-nominated “Up in the Air” scribe Sheldon Turner. It’s set to star Ewan McGregor as real-life British mountaineer George Mallory. In the 1920s, Mallory partook in three Mount Everest expeditions and died on his third; it’s unclear if he ever made it to the top.

Previously set up at Sony, “Everest” represents a passion project for Liman, an avid climber himself. The director is keen on balancing character with spectacle for a combination that could see him merge the personal storytelling of his 1996 indie “Swingers” with the big-budget sensibilities that have defined his later career to create a film with strong commercial prospects. It’s set to start shooting in January in the U.K. and Italy.

Zoë Kravitz will make her directorial debut with a script she has spent four years working on, co-written by “High Fidelity” scribe E.T. Feigenbaum and developed with Channing Tatum, for whom she wrote the part. It follows a young cocktail waitress who successfully maneuvers her way into the inner circle of a tech mogul (Tatum) and soon finds herself at an intimate gathering on a private island, a beautiful place that hides something terrifying.

With its timely exploration of gender dynamics through a genre lens and a bankable star, “Pussy Island” is a package made all the more compelling by the suggestion that Tatum’s close involvement with the project could bring out his best on screen. It’s also an opportunity to resurrect Tatum’s “Magic Mike” appeal. Production is set to begin early next year on an undisclosed tropical island.

“They Are Us”
Domestic: CAA
International: FilmNation

Rose Bryne, fresh off her performance as Gloria Steinem in “Mrs. America,” will play another real-life figure in “They Are Us.” The film, written and directed New Zealander Andrew Niccol (“Gattaca”), follows New Zealand Prime Minister Jacinda Ardern’s response to the 2019 Christchurch mosque shootings that killed 51 people. Arden’s compassion and swift action to ban assault rifles in the wake of the attacks earned her international admiration.

The stakes are high for Niccol to craft a film with sensitivity and reverence; news of the film’s development sparked outcry last week by New Zealanders concerned that their country’s tragedy was being exploited by Hollywood. A compelling sales presentation could assuage concerns and attract buyers willing to put their faith behind the Oscar-nominated filmmaker’s ability to pull off this heavy lift.

Originally developed alongside Ridley Scott for the ill-fated Quibi, “Curs>r” ended up as a horror feature starring “Sex Education” star Asa Butterfield. Directed by Toby Meakins in his feature debut, the film offers a dark twist on 1980s gaming culture. It follows a college dropout (Iola Evans) faced with dangerous choices and reality-warping challenges after being cursed by an obscure computer game.

With a blend of 80s nostalgia and genre elements reminiscent of Netflix phenomenon “Stranger Things” and a young lead whose star is rising, “Curs>r” should be equally attractive to streamers or theatrical distributors. Principal photography recently wrapped in London.

Writer-director Robert Morgan’s horror film “Stopmotion” stars Aisling Franciosi (“The Nightingale”) as a stop-motion animator struggling to control her demons after the loss of her overbearing mother. Morgan, an animator himself, earned a BAFTA nomination for his Sundance short “Bobby Yeah.” This marks his feature debut.

Genre titles are the most reliable commercial fodder that a distributor can get in such a rocky time for theatrical releases. The elevated horror elements here will make should make this one an especially compelling package.