12 Snubs and Surprises from the 2020 Oscar Nominations

The 2020 Oscar nominations were announced Monday morning, and they gave us one of the most frustrating lists of honorees on public record in recent history. But on the other hand, you might be happy to learn that South Korean director Bong Joon-ho’s magnificent film Parasite has managed to clear any foreign language barriers and reigns as one of the most nominated films of the year. So, as the Bible says, the Academy giveth, and it taketh away.

Let’s unpack it all.

1 | The Best Picture category is pretty much everything you need to know about the entire nominations list.

As usual, the Best Picture race is mostly white and mostly male (save only for Parasite and Little Women), which sums up the general sentiments of the Academy voting committee this year. This top-prize category also represents the films that appear multiple times in other areas on the noms list. It seems voters watched only these nine films on a loop all year round. How boring. 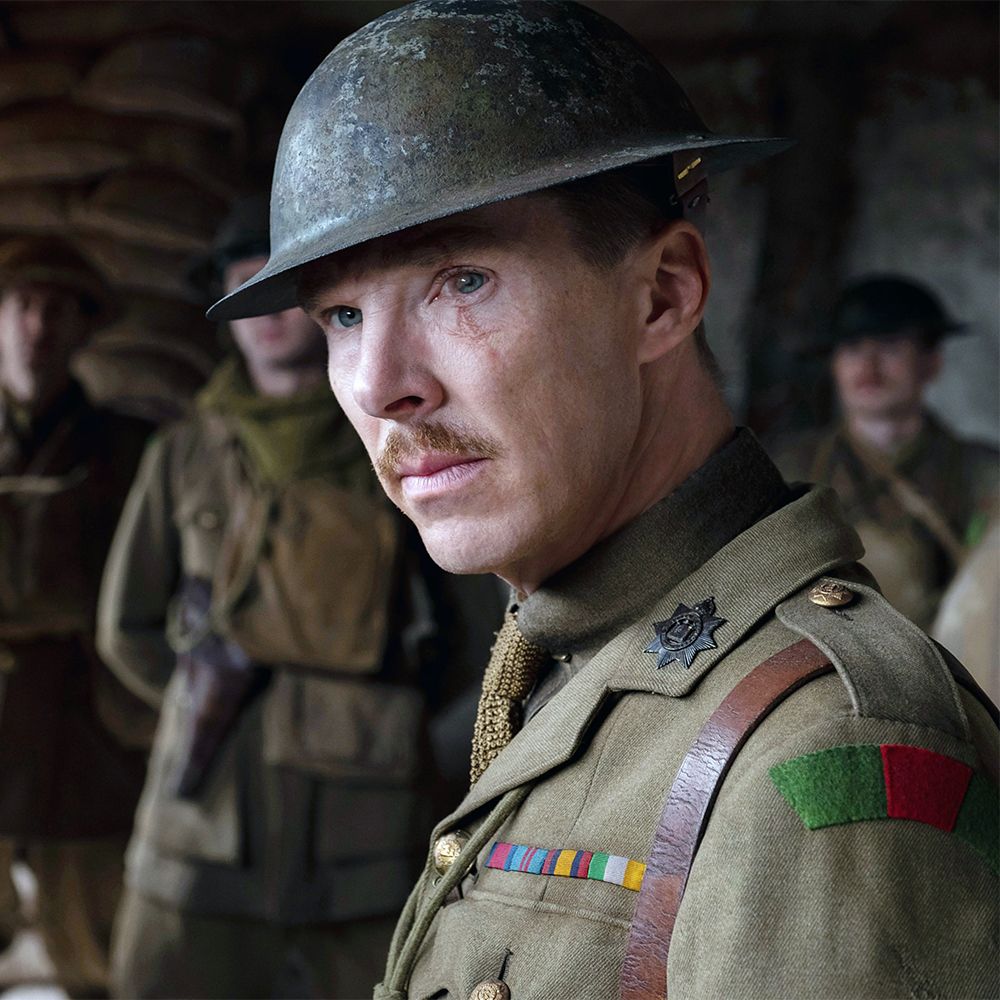 2 | There is not a single nomination for Hustlers.

But seriously, did the voters see this movie or nah? You can’t blame lack of marketing. You can’t blame the studio’s lack of “campaigning.” And you certainly can’t blame a lack of presence at literally every award precursor ceremony leading up to Monday’s announcement (should-be Oscar nominee and star Jennifer Lopez attended almost every show). The complete shutout of writer/director Lorene Scafaria’s masterwork is intentional, and, man, does it burn. Not only should the film be nominated for Best Picture and Jennifer Lopez for supporting actress, but it should have also shown up in the best editing, cinematography, adapted screenplay, costume design, and directing categories. This is a travesty. 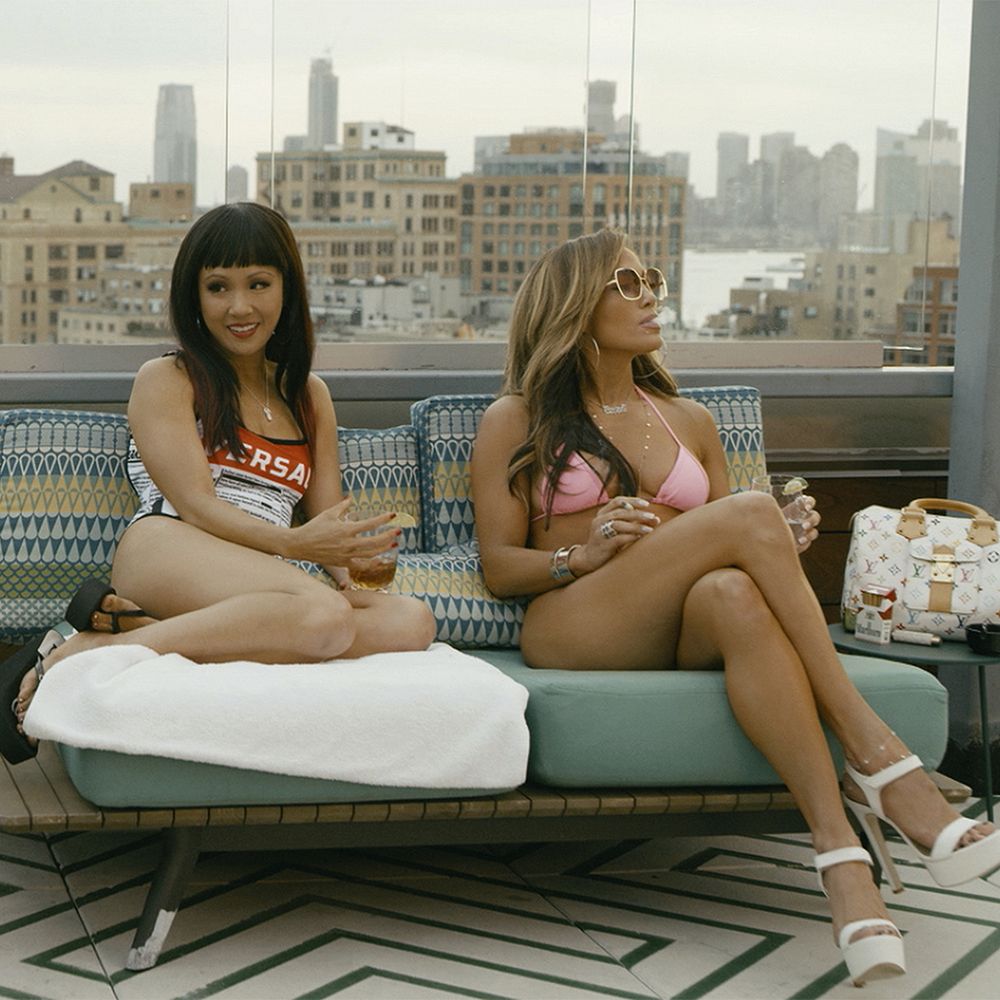 3 | And speaking of tragicomedies, The Farewell was also ignored.

It’s not just that the gracious director Lulu Wang was on the press circuit for a full year since her wonderful dramedy premiered at Sundance last January, but The Farewell has also been on almost every best-of list (including ours) for the last several months. It seemed like a shoo-in that it would not only be nominated for an Oscar, but also win—especially since star Awkwafina has collected a few major awards, including the Golden Globe for best actress. On top of that, after much hullaballoo about relegating the movie as a foreign language feature despite the fact that The Farewell is an American movie largely set in China, it doesn’t even make it in the newly renamed best International Feature Film category. WTF? 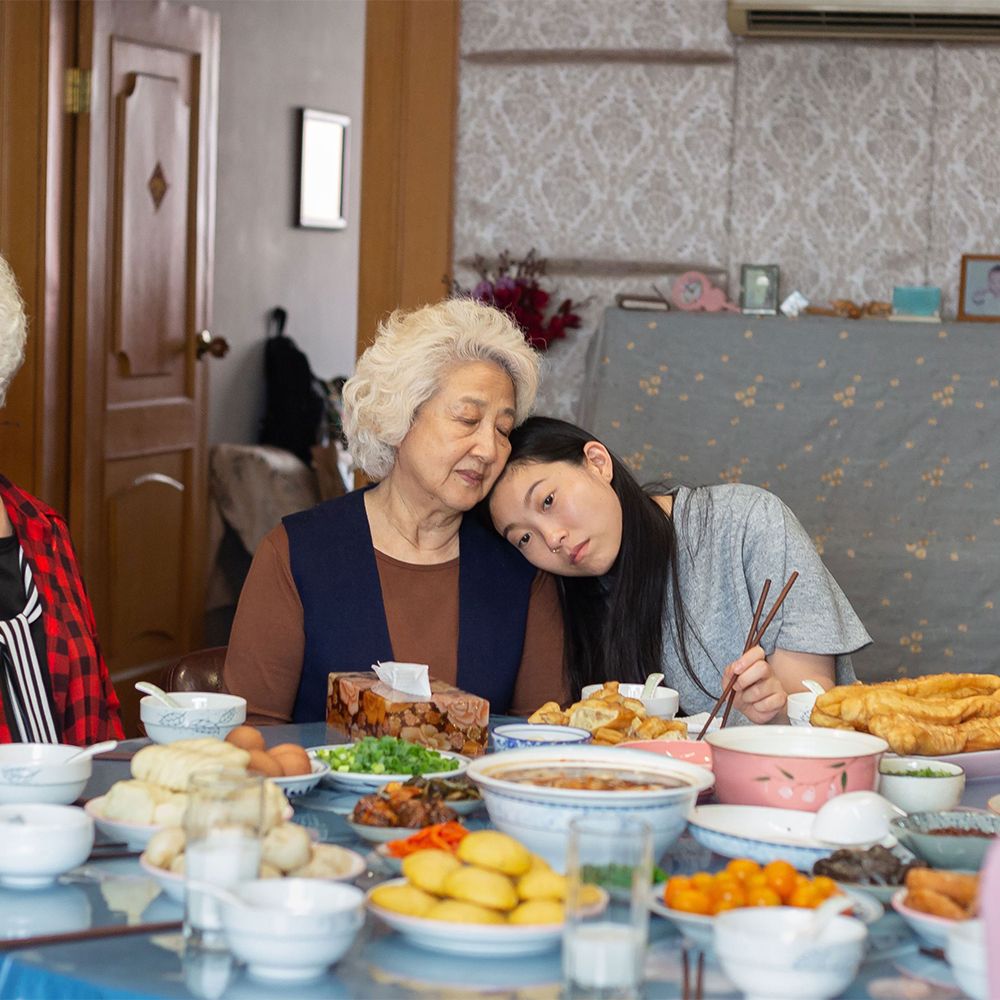 4 | On to some good news: Parasite continues to be an unstoppable force.

There was a whole lot of talk about Parasite potentially going the route of Roma (a completely different film that just so happens to also be in a non-English language) last year, in that it would pick up a lot of steam ahead of the Oscars and not clench Best Picture. But after winning almost every award it’s been nominated for, and almost unanimously topping people’s favorite film of 2019 lists, it would be an embarrassment to not bestow Bong’s modern classic with Hollywood’s top prize (the first for a Korean film). It’s also rightly nominated in the original screenplay, editing, director, international film, and production design categories. Parasite is a slick genre-defying film with timeless “eat the rich” appeal, celebrated by some of the most pretentious, affluent (white) people in the world. I love to see it. 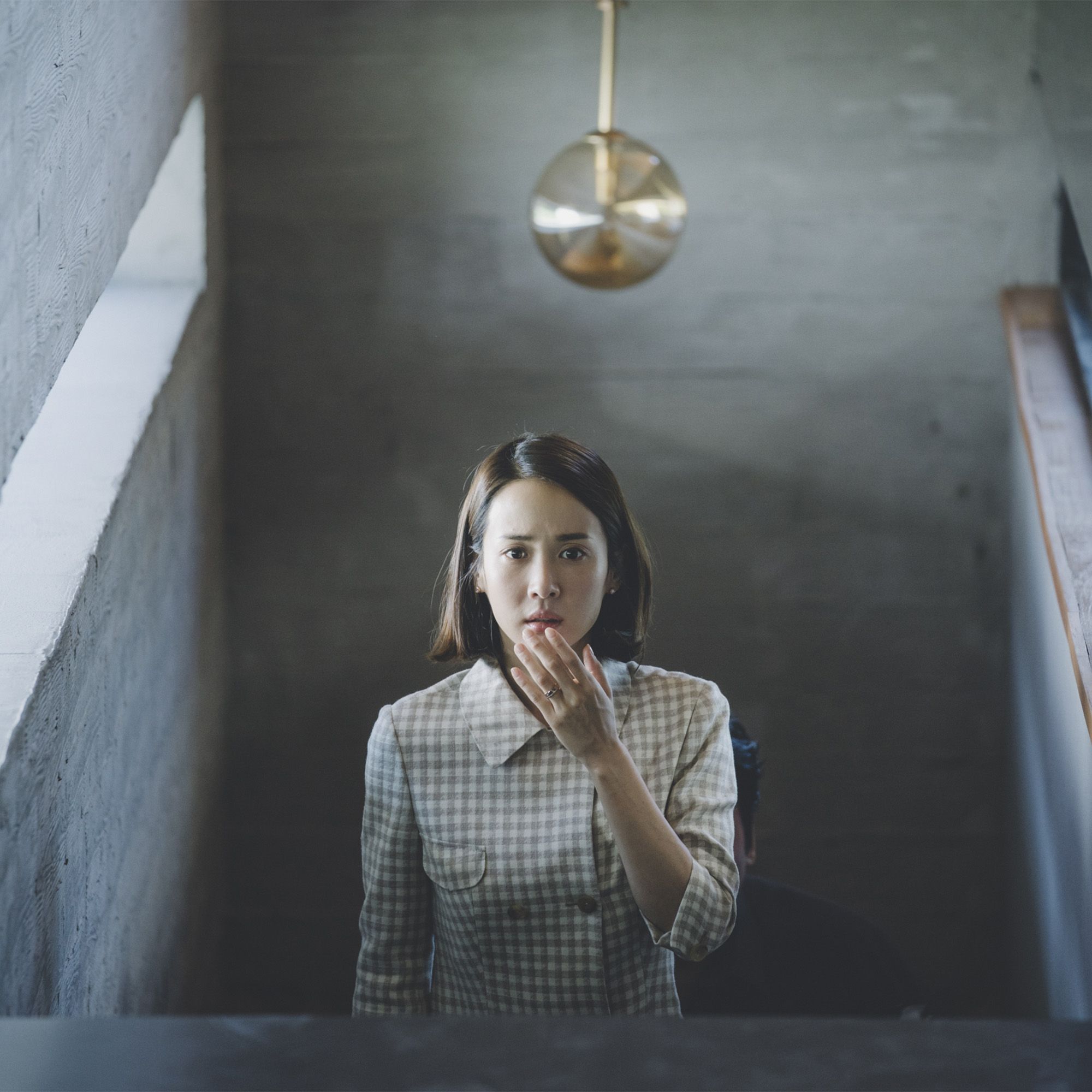 5 | But none of the actors in Parasite were nominated. Charlize Theron and Cynthia Erivo somehow were.

The actors who played both families in Ho’s fabulous film could have actually filled up the acting nominees lists (kind of like how The Irishman, Marriage Story, and Little Women did). That certainly would have made things more interesting, justified, and significantly less white. Instead, not one but two actresses from the misguided and borderline cartoonish Bombshell get nominated; Charlize Theron and Margot Robbie in the best lead and supporting categories, respectively. Obviously, director Jay Roach assembled a cast of wonderful actresses, but the movie does each of its leading ladies a disservice.

A similar thing can be said of Cynthia Erivo’s nomination for Harriet. Like Theron and Robbie, Erivo is a fine actress. But the mediocre Harriet is not a good indication of her talent. These slots should have gone to Awkwafina, Lopez, Lopez’s Hustlers costar Constance Wu, and/or anyone from Parasite. This is just more proof that, especially when it comes to nominating women, the Academy makes uninformed choices. 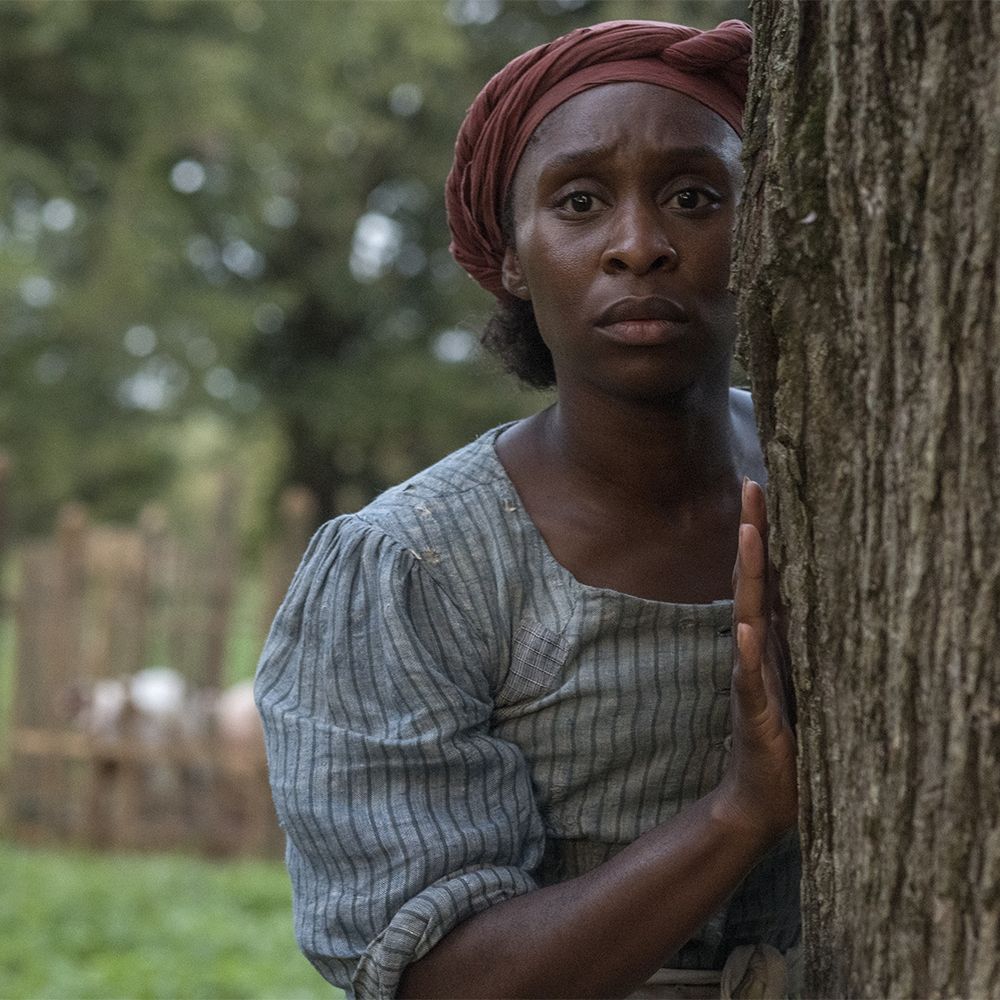 6 | Speaking of which, in what world is Kathy Bates’s performance in Richard Jewell better than Jennifer Lopez’s in Hustlers?

Kathy Bates has been a remarkable actress for decades, and she is far better than her performance in the middling Richard Jewell. Full stop. Lopez, however, brings such a breathless, seemingly effortless blend of manic desperation, sincerity, and deviance to Hustlers that to nominate anyone else who doesn’t bring at least that caliber to the screen is just a crime. 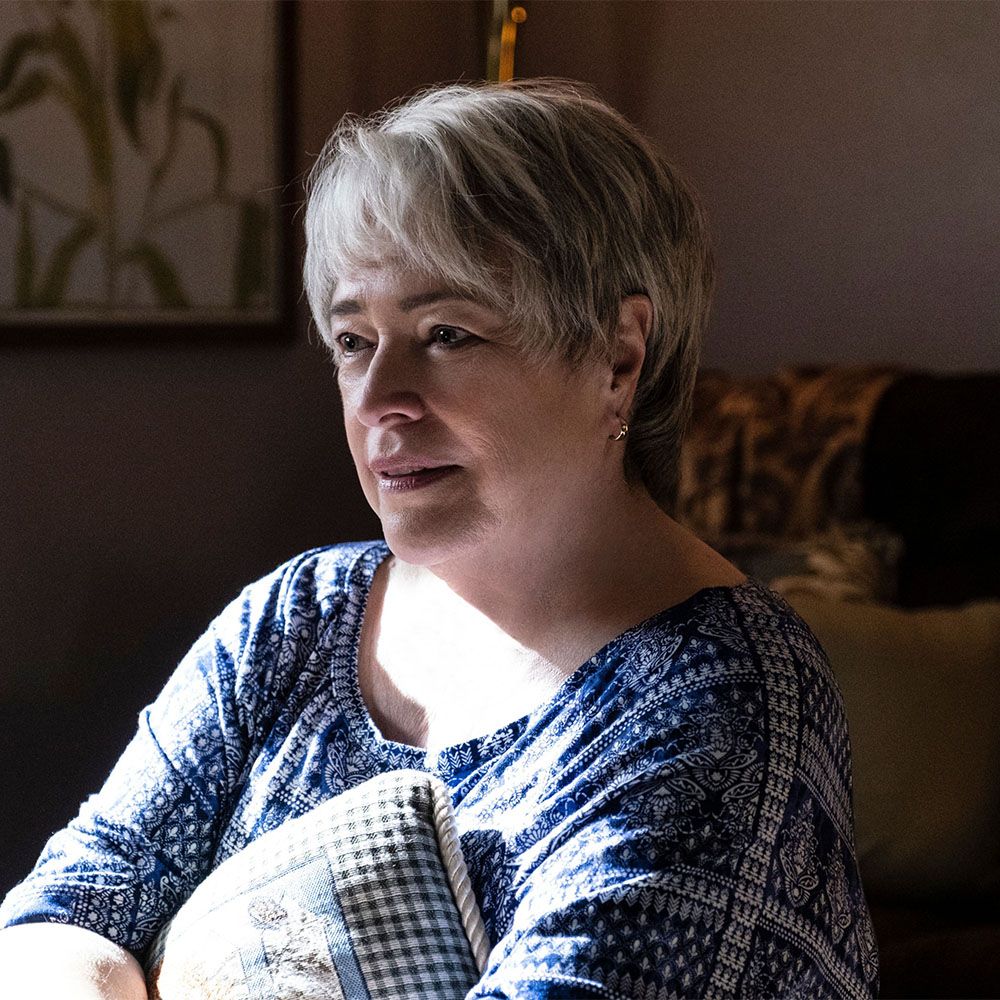 If you are unfamiliar with Matthew Cherry, then you must not be paying close enough attention to Twitter. The former wide receiver-turned-filmmaker is a huge advocate for black and brown talent on-screen and last year compiled all his resources, including a crowdfunding campaign, to make Hair Love, an animated short film about a black dad learning to do his young daughter’s natural hair. And now he’s an Oscar nominee.

8 | Knives Out holds it down as the only true genre film to be recognized—in the same year that Us happened.

It’s no secret that the Academy has a huge bias against acknowledging genre films (the recent recognition for Get Out was evidently a fluke). But deciding to honor writer/director Rian Johnson’s Agatha Christie–adjacent mystery for best original screenplay and not the flawed-yet-superior Us or any of these horror genre gems is a head-scratcher. 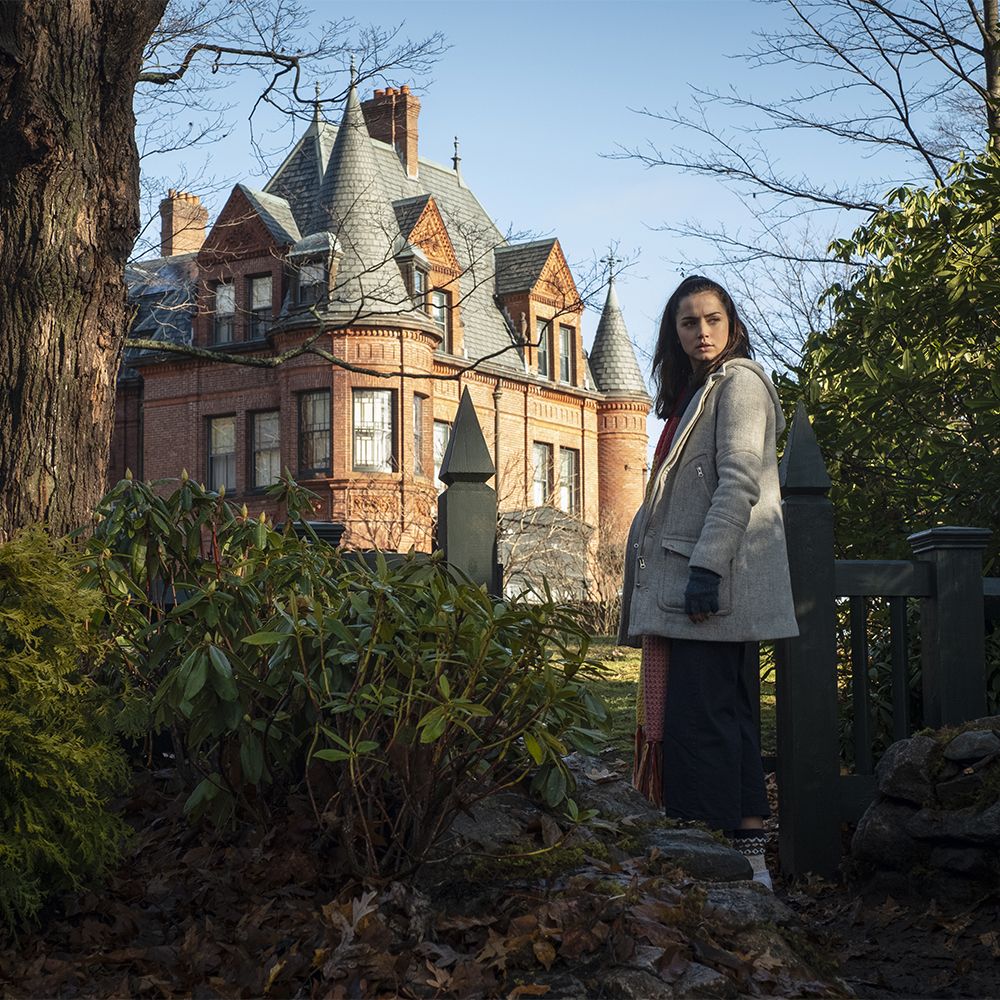 Not to compare two space movies, but last year, First Man was nominated for four Oscars (winning one), and this year the much more excellent—and at one point, universally lauded—Ad Astra earns just one? Director/co-writer James Gray’s epic film totally deserves to win its sound editing category, but star Brad Pitt (who’s had a hell of a year with this and the fantastic Once Upon a Time … in Hollywood) is overlooked, as well as all other technical achievements in this film. I call BS. 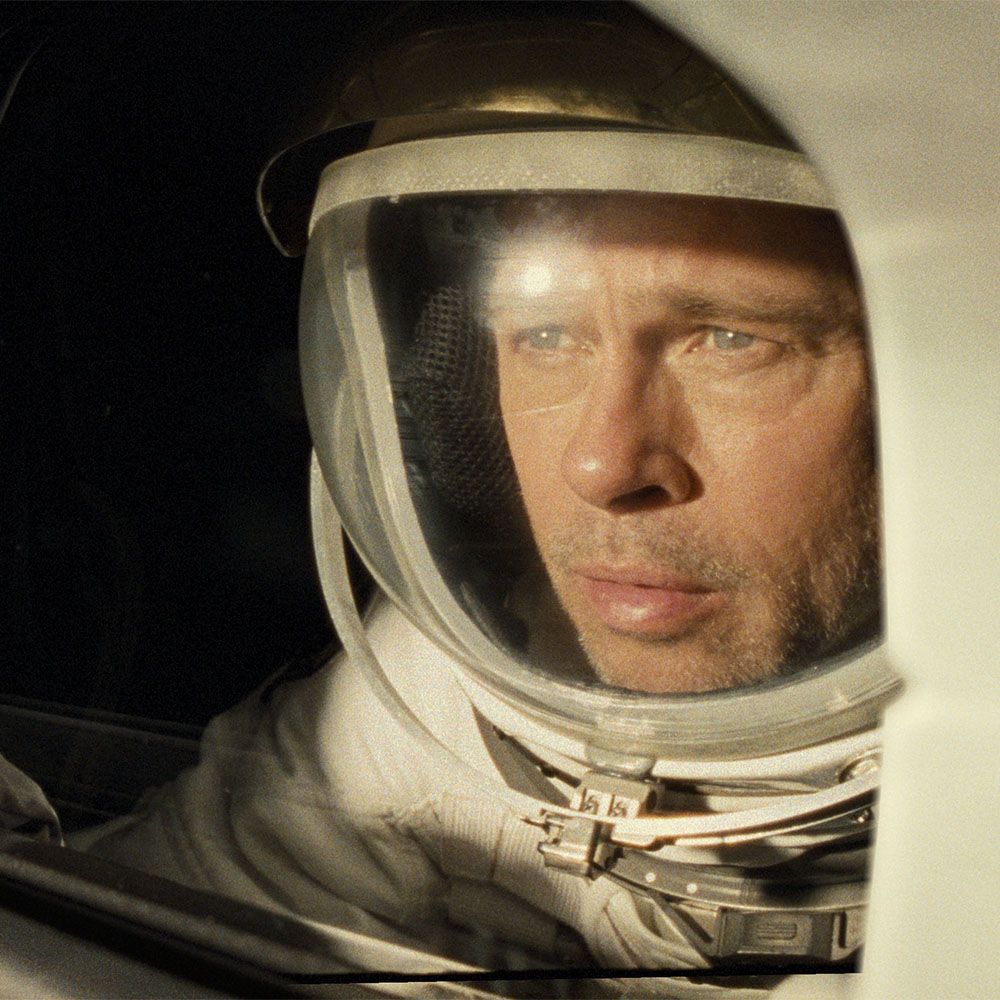 10 | After nearly 40 years of acting in Hollywood, Antonio Banderas finally gets his due.

It is about time that the Hollywood elite recognize Antonio Banderas for the masterful actor that he’s always been by finally nominating him for an Oscar. It’s even more fulfilling that it’s for a role in writer/director Pedro Almodóvar’s marvelous (and nominated) film. The two have worked together several times in the past, so this acknowledgement is extra sweet. No rant here, just gushing. 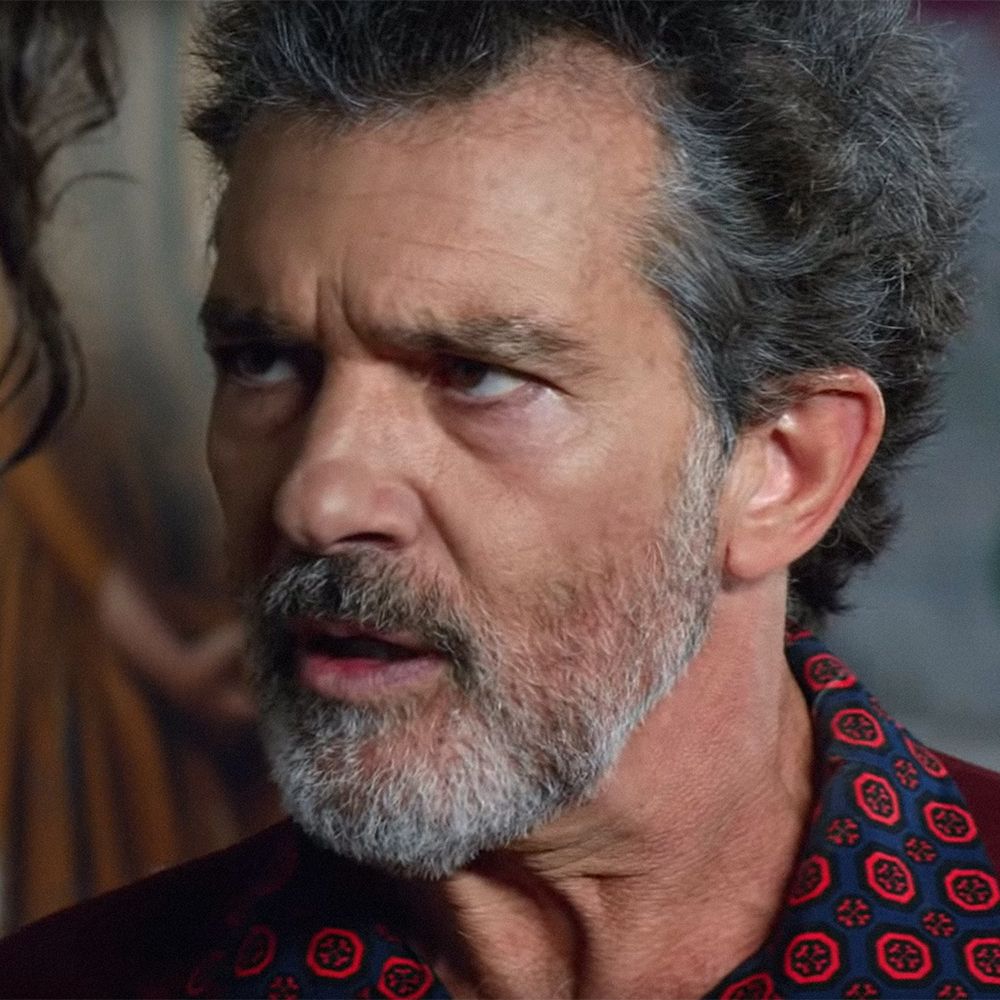 11 | Adam Sandler wasn’t a human punching bag for two hours in Uncut Gems for him, and the film, to get shut out like this.

I jest, but Adam Sandler’s character in the Benny and Josh Safdie–directed film goes through a lot. And in turn, it’s stressful AF to watch. The actor is much more than the man-child character he’s made a career out of (though his jewelry store character, Howard, isn’t exactly the sharpest screw in the toolshed). His moments of earnestness, mixed with genuine comedy and hopelessness, is what elevates the filmmaker’s already airtight film. It is certainly more fascinating to watch than Jonathan Pryce’s work in The Two Popes, the only mind-boggling best actor nomination among the bunch. Surely, Sandler could have slid in there instead. 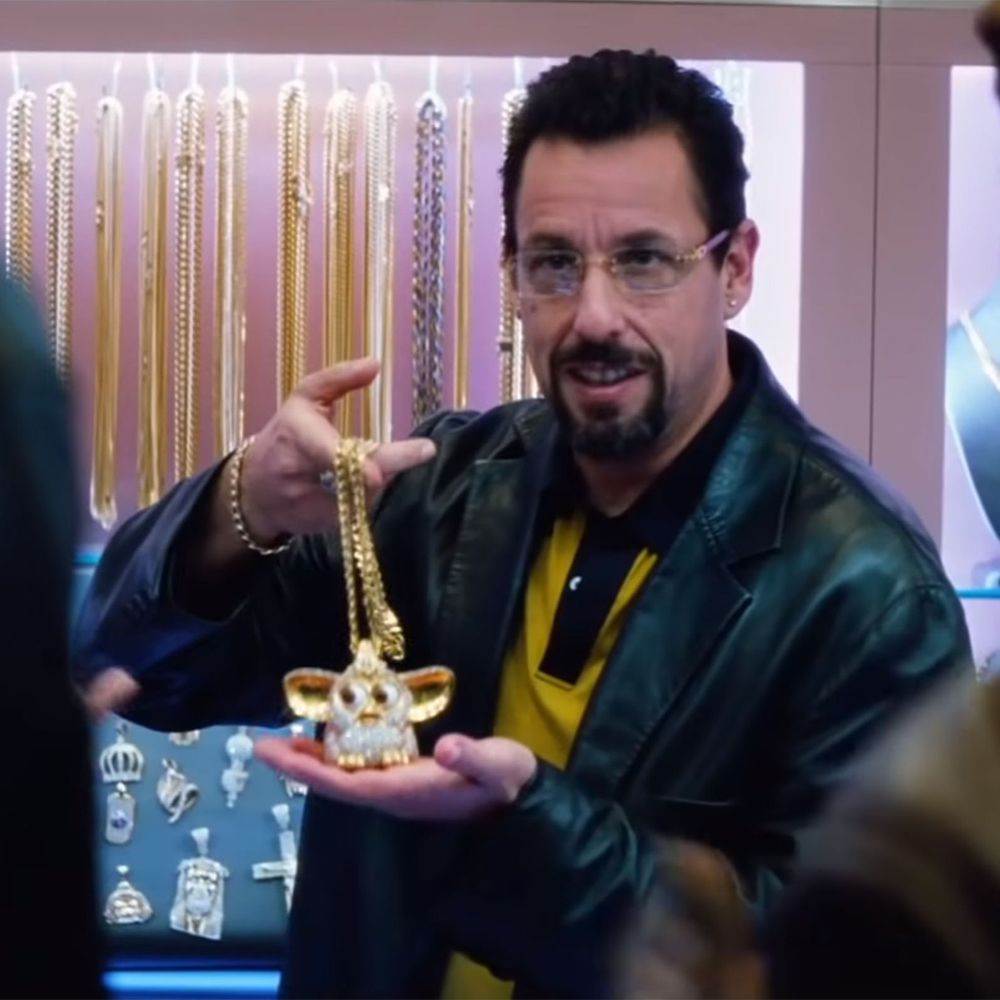 12 | Dolemite Is My Name doesn’t even get a costume design nod?

The injustice. It became clear earlier this awards season that the Eddie Murphy starrer was one of the redheaded stepchildren, considering that it rarely received any attention. But you’d think after legendary costume designer Ruth E. Carter won for her brilliant work in Black Panther last year, she had clenched the respect of the Academy. Her detailed, retro styling in the Craig Brewer–directed ’70s-set comedy is just as fabulous as nominee Arianne Phillips’s threads for Once Upon a Time … in Hollywood and far more distinct than Mark Bridges’s nominated designs for Joker. A shame. The fact that Clay A. Griffith’s meticulous production design in Dolemite Is My Name couldn’t have even secured a nod, perhaps over The Irishman’s slot, also stings. 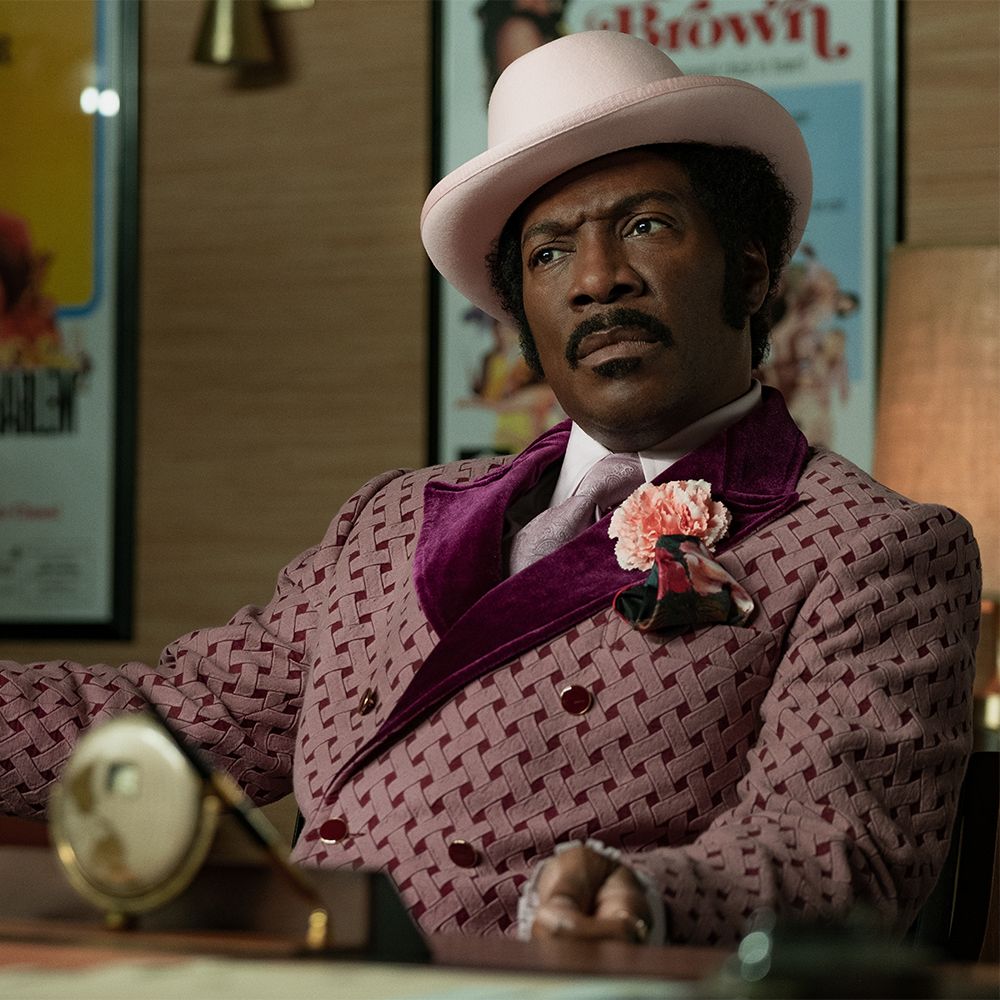 12, and, From, snubs, surprises, th
Celebrities