90 Day Fiancé alum Angela Deem has picked a side in Johnny Depp’s $50 million defamation case against his ex-wife, Amber Heard. The 90 Day Fiancé star revealed she’s in support of Depp in a new TikTok video parodying an iconic scene of the 1990 classic film Cry-Baby. While there were many mixed reviews from her followers, Angela gave it her all. Check out the video!

With the Depp vs. Heard trial raging on, many fans have gone to social media to support Depp. One such fan is TLC’s very own Angela Deem. On May 23, the 90 Day Fiancé star posted a TikTok video of herself dancing inside a convertible car with the hashtags “#johnnydepp #firsttry #Queen #crybaby” on her Instagram page. Check out the video below:

In the video, Angela is lip-syncing to the song “Please, Mr. Jailer,” a popular song from the classic film, Cry-Baby. The 1990 film is an American teen musical romantic comedy film written and directed by John Waters. Depp plays the well-loved role of the main character, Wade’ Cry Baby’ Walker.

The scene Angela is spoofing from the popular musical is when the character, Allison Vernon-Williams, played by Amy Locane, is singing to the jailer from outside the jail. She is begging him to let Depp’s character, Cry-Baby, free. Check out the scene below (via ScreenBites): 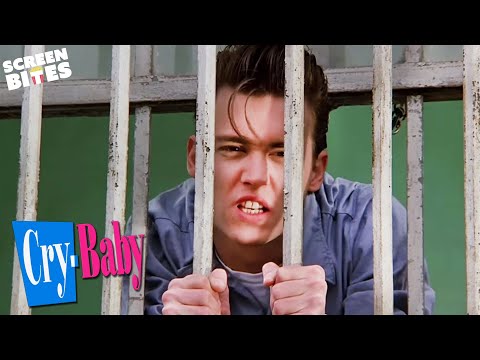 In the infamous musical scene, Allison wears a red dress and stands on the hood of a police car in a red dress as she sings. Depp’s character, inside the jail, sings back at her through the bars. The 90 Day Fiancé star’s remake of the scene shows Angela wearing a red dress, standing atop a black car, just like Allison did in the iconic film scene.

Angela’s remake of the Cry-Baby scene received mixed reviews from her followers. Some of them felt the vibe, while others thought it was bizarre. One Instagram follower commented, “The cringe is real.” Another person wrote, “WOW!! Do you really need attention that bad?” And another fan commented on the video, “Wtf did I just watch??”

However, many of Angela’s followers loved the video and didn’t understand the negativity from fans. One follower wrote, “Wow, so many rude comments! Live you [sic] best life! Go girl” Another fan wrote, “Love this!! One of my favorite movies.”

Whether fans loved seeing Angela cosplaying as Cry-Baby’s Allison, she made it known that she’s in support of Depp. However, one thing that is still uncertain is if she’s still with her Nigerian husband, Michael Ilesanmi, or not. Fans hope that there will be an update on the 90 Day Fiancé couple soon. Until then, fans can keep watching more of Angela’s antics on her Instagram page.