EXCLUSIVE: LeToya Luckett (Greenleaf), Romeo Miller (Honey) and Keith David (Greenleaf) have signed on to star in the film A Miracle Before Christmas, from writer-director LazRael Lison (#Unknown).

The love story centers on Mercedes Wright (Luckett), a famous, fast-talking relationship therapist who has the answers to fixing everyone else’s marital issues, but is challenged by problems faced with her own husband (Miller), leaning on help from an angel (David) to get past them. Lison and Tatiana Chekhova are producing the film under their Summer House Pictures banner, with Charles F. Porter of Black Bench Productions, and Jasper Cole (Never and Again). Marlon D. Haynes is serving as exec producer. 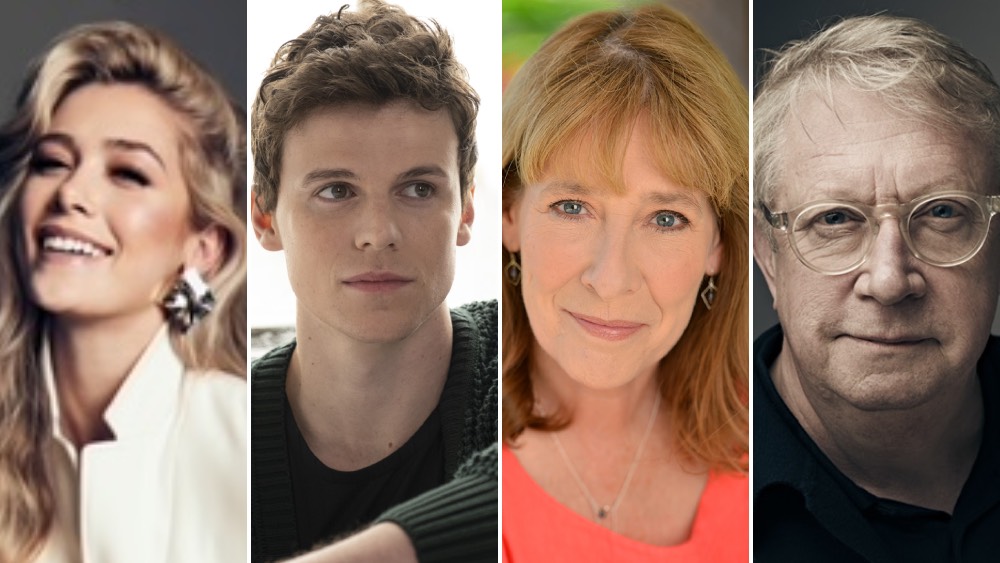 The film, based on Carolyn Weber’s memoir, tells the aspirational story of the brilliant but emotionally guarded Caro Drake (Reid), who arrives in Oxford with the singular goal of attaining her PhD. Through a turbulent and unexpected friendship with a charming young man, Caro begins to open herself up to mystery, vulnerability and love. Surprised By Oxford also stars Simon Callow, Emma Naomi, Michael Culkin, Annabelle Holloway, Lourdes Faberes, Ed Stoppard and Tyler Merritt. Nook Lane Entertainment’s Ken Carpenter produced alongside Jen Lewis of Evolve Studios. Bart Ruspoli and Hester Ruoff exec produced, along with Evolve’s Joel Edwards and Daniel Kiedis.

EXCLUSIVE: Toks Olagundoye (Veep), Jenn Lyon (Claws), Alec Mapa (You Don’t Mess with the Zohan) and Seana Kofoed (American Princess) will round out the cast of Rebecca Eskreis’ thriller ClearMind, which heads into production next week. The new additions are set to star alongside previously announced cast members including Kadeem Hardison, Rebecca Creskoff, Rob Benedict, Matt Peters and Jessica Meraz. 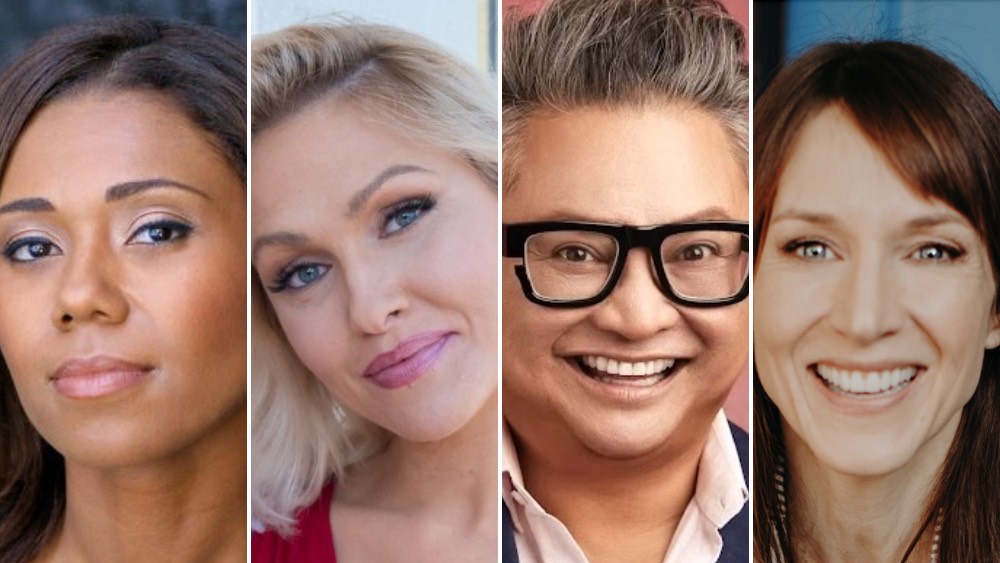 The film written by Kofoed explores the dark side of Virtual Reality therapy and the slippery slope of using simulated life to avenge the real. Kofoed is producing alongside Kristin Tegtmeier Higgins (The Boy’s Gone), with Lisa Challenger and River Place Productions exec producing.

EXCLUSIVE: Golden Globe winner Cybill Shepherd (The Last Picture Show), Erik Fellows (Being Rose) and Vannessa Vazquez (East Los High) have signed on to star in the horror-thriller A Beating Heart, from director Mark David, which will enter production in Missouri in September. 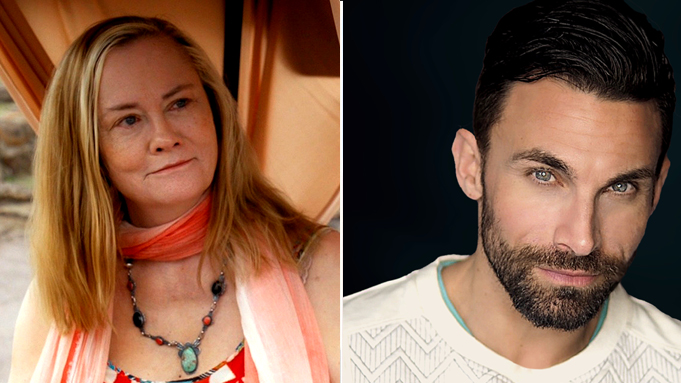 In the film written by Daniel Blake Smith and Stephen Tronicek, a young man who as a boy witnessed his parents’ bloody murder must confront the memory and threat from that horrific event when the dangerous spirit that caused it suddenly reappears. A production of DBS Films, A Beating Heart will be produced by Shepherd, Smith, Fellows, Clayton Turnage and Joaquin Camilo.

EXCLUSIVE: Pha’rez Lass (Mayor of Kingstown) has been set as the lead for Ron Elliot’s film, Dope King. 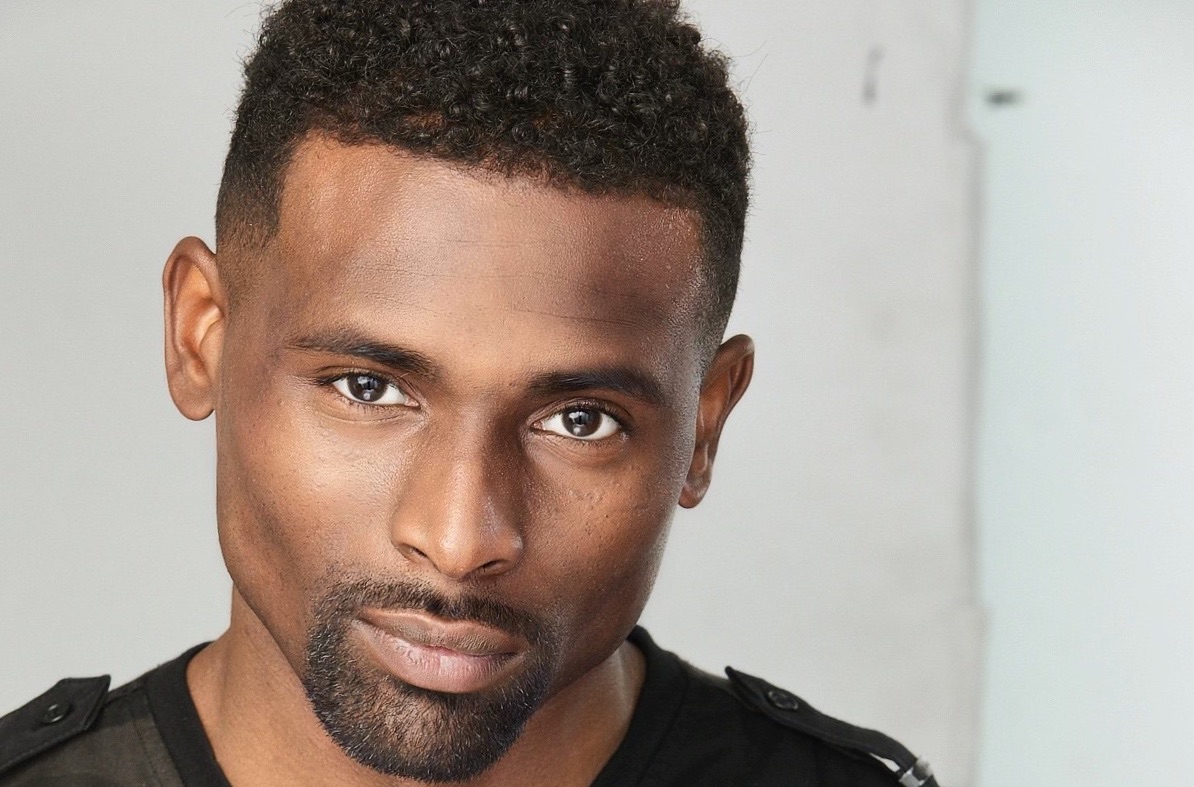 Pic follows Profit, a drug dealer shot in the head and left for dead, who survives and seeks to covertly strike down his enemies, in order to reclaim his territory. He is left in anguish after learning his protege was killed and decides to give up life as a drug dealer, but his enemies soon discover he is still alive and are trying to kill him. Now, he must grapple with post-traumatic stress disorder, his fiancé’s kidnapping and the debt he owes to the Russian mob for a product he does not have.

In the film that Sam Irvine is directing from Terence Brody’s script, Sweetin plays Nicole Borden, the owner of a quaint arts and crafts store, who is faced with an ultimatum by a competitor, only to then fall in love with his son, Mathew (Bailey). After a change of heart, Mathew must confront his father and convince him to help save Nicole’s business or risk losing his true love forever. Oren Kamara and Derek Sulek are producing the film, with Brian Herzinger serving as exec producer. 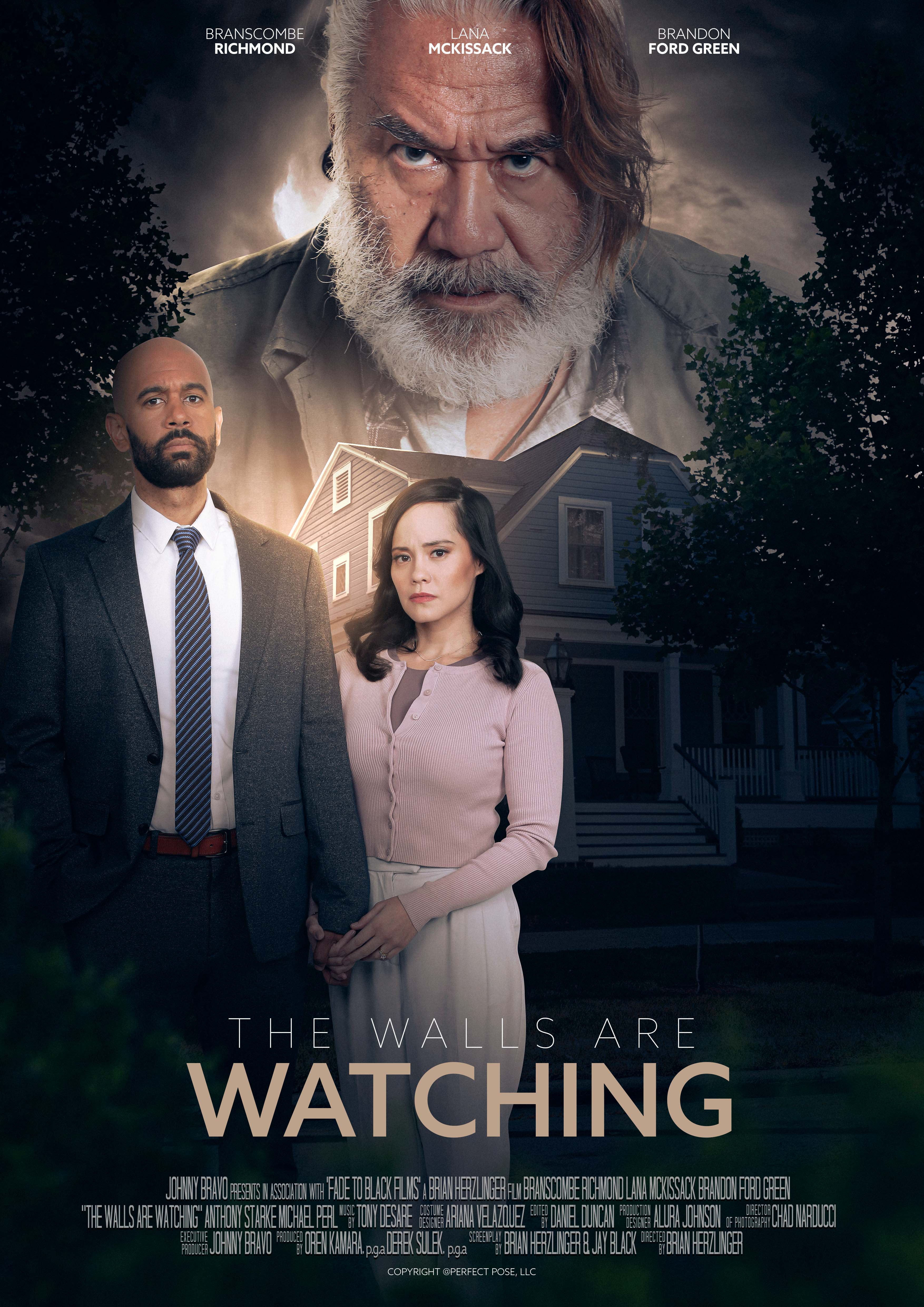 A second film from Fade to Black, premiering on Lifetime Network on April 30 at 8/7c, is the cat-and-mouse thriller The Walls are Watching, starring Branscombe Richmond and Lana McKissack as newlyweds being haunted by the former owner of the home they now occupy. Brian Herzlinger directed the pic from his and Jay Black’s script. Kamara and Sulek produced, with John Bravo serving as EP, and Brandon Ford Green and Anthony Starke rounding out the cast.

Then, there’s Herzlinger’s Aloha with Love, starring Trevor Donovan, Tiffany Smith, Richmond and James Preston, which premieres on UPTV on May 1st. Pic centers on Gemma (Smith), a talented big city architect who gets dumped by her slick agent fiancé when their relationship interferes too much with his career. In the same week she discovers her dear aunt has passed away but left her an old Hawaiian craftsman home in her will. Gemma then temporarily moves back to Maui to fix her aunt’s old house with Ben (Donovan), a handsome country-boy contractor hand-picked for the job by her aunt. Kamara and Sulek produced this title, penned by Brody.

EXCLUSIVE: Samuel Goldwyn Films has acquired North American rights to Marcel Sarmiento’s baseball drama The Royal, with plans to release it in limited theaters and on digital on July 15. 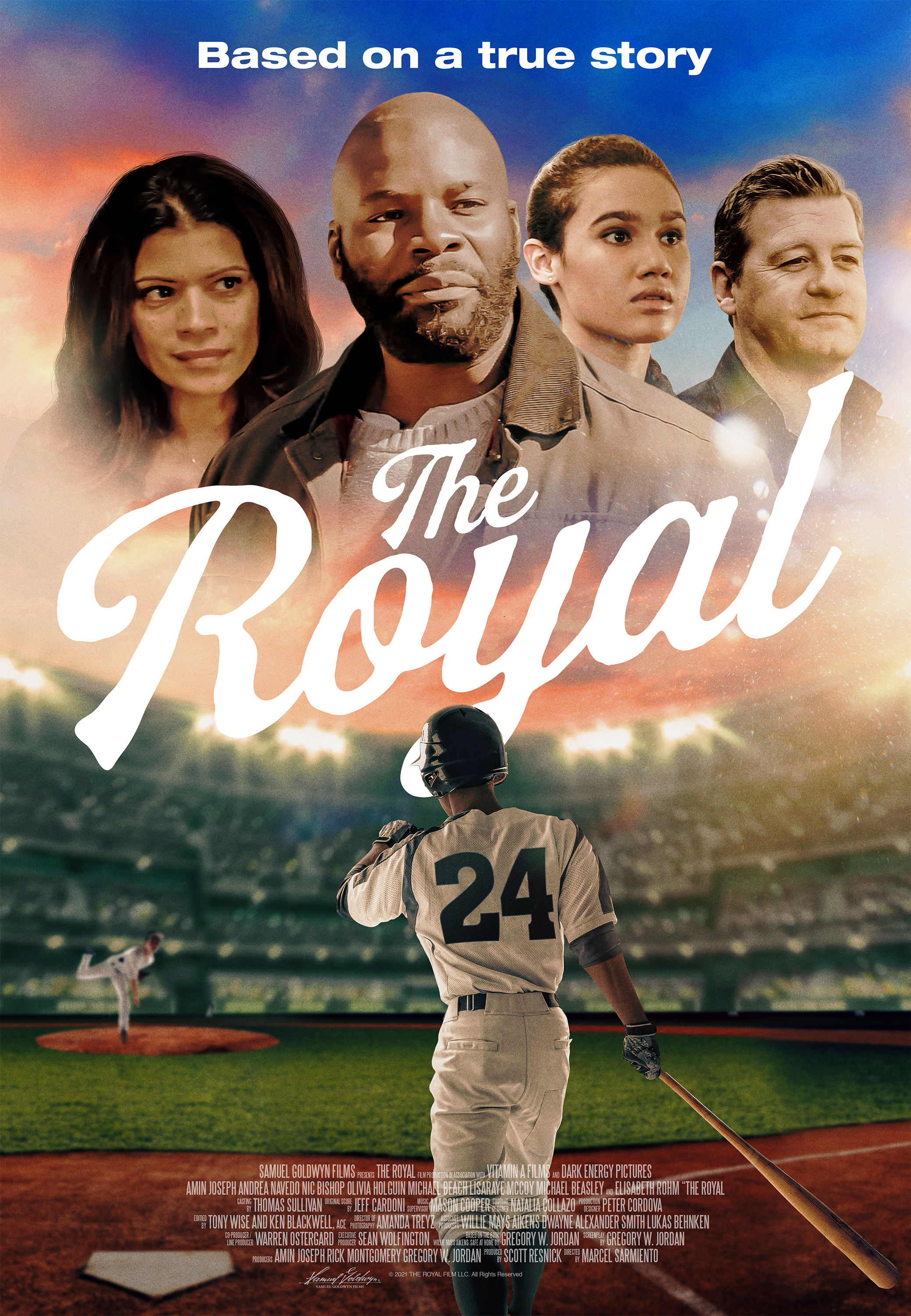 The film tells the story of iconic former Kansas City Royal slugger Willie Mays Aikens, whose promising career quickly turned disastrous because of drug addiction. Aikens, to this day a World Series home run record holder, was entrapped by tricky cops and ultimately sentenced to the longest prison sentence ever given to a professional athlete in a drug case. The Royal is an intimate portrait of a man taking the hard circumstances of his life and turning them around against all odds, as he seeks redemption with his estranged family and friends (including George Brett), with baseball, and ultimately with himself upon his release from prison.

EXCLUSIVE: Freestyle Digital Media, the digital film distribution division of Byron Allen’s Allen Media Group, has acquired North American rights to the Philippines-based military-themed thriller The Expat, with plans to release it across VOD platforms on May 24. 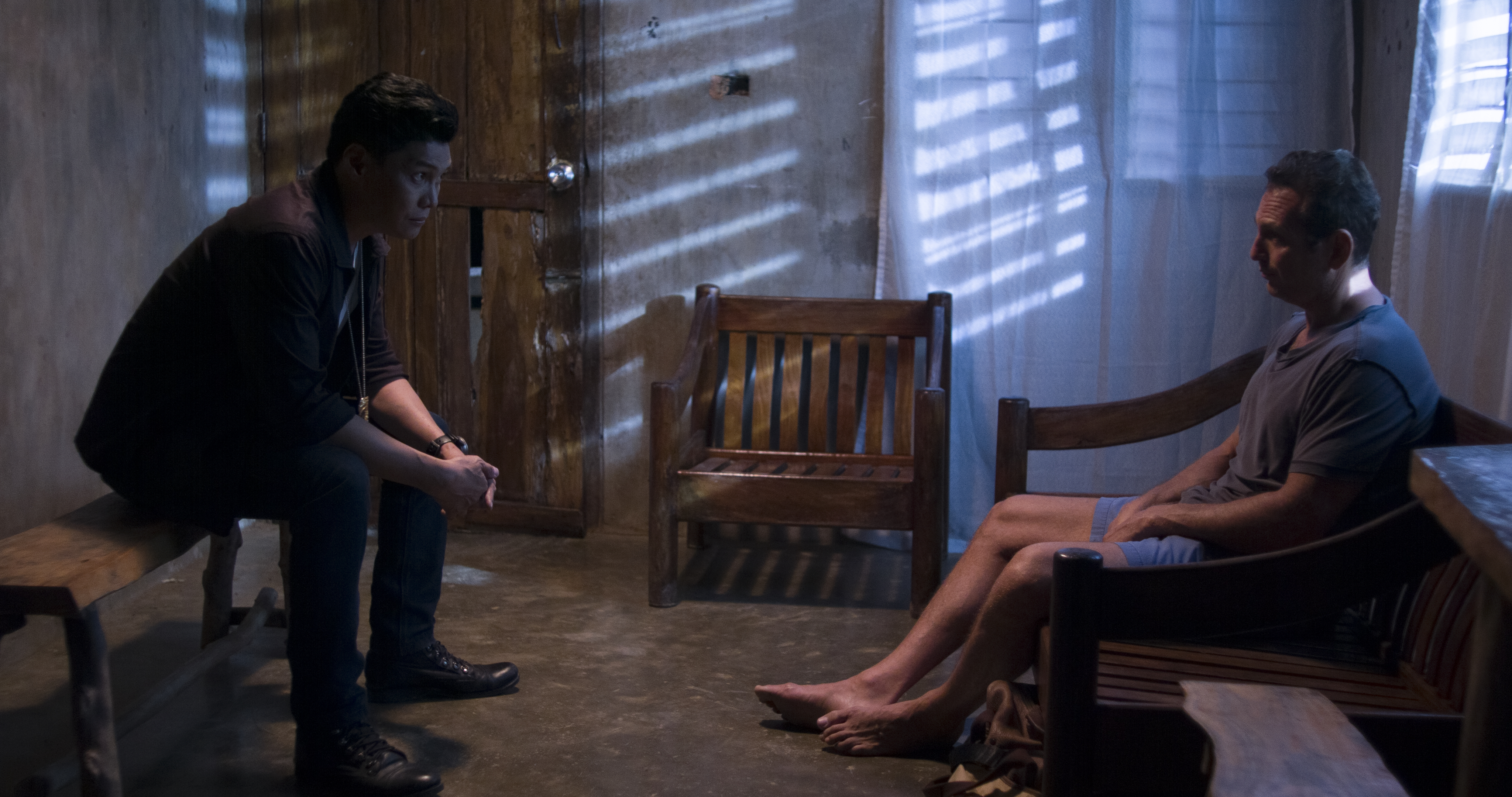 The film from writer-director Gregory Segal tells the story of a former American Marine stricken with post-traumatic stress disorder while on vacation in the Philippines. While he is enjoying his visit, He soon encounters romance and then the dark side of his new home, as someone begins to stalk and kill women with whom he’s had romantic encounters. As his romantic partners are found dead and scattered around Manila, things turn out to be not as they may seem. When this former American Marine becomes the prime suspect in this series of murders, will we learn the whole truth?

Charlotte Dianco, Cody Simon and Yuson Charles produced the pic, which stars Lev Gorn, Mon Confiado and Lovely Abella. Freestyle Digital Media negotiated the deal to acquire it directly with Glen Reynolds of Circus Road Films. Check out the trailer for The Expat below.

EXCLUSIVE: Adventure Entertainment has acquired North American right to Dan Mirvish’s film 18½, for release in theaters in over 50 markets on May 27th, beginning with Laemmle theaters in Los Angeles and expanding coast-to-coast on June 3rd, with the filmmakers in attendance for Q&As in all key markets.

The acclaimed film set in 1974 is about a fictional White House transcriber who finds the only copy of the infamous 18½-minute gap in Nixon’s Watergate tapes, only to have her attempts to leak it to the press run afoul of hippies, swingers and nefarious forces.

EXCLUSIVE: Gravitas Ventures, an Anthem Sports & Entertainment Company, has acquired North American rights to the queer musical love story, Triple Threat, directed by and starring Stacey Matlin, for release in theaters in select markets and on VOD on June 21.

In Triple Threat, the relationship between three best friends on the verge of their Broadway debut is put to the test, when diverging dreams meet the realities of adulthood. The indie also stars Margarita Zhitnikova, Jay DeYonker, Mark St. Cyr, Aramie Payton and Catherine Curtin. Martin wrote the script with DeYonker and produced with Zhitnikova via their Besties Make Movies banner, alongside Jackie Schwartz, Martha Frances Williams and Carrie Radigan.

In the midst of segregation, the all-Black Tigers were the first collegiate basketball team to win three consecutive national championships. Yet they were never duly recognized for this singular achievement. The team’s captain, legendary Knicks player Dick Barnett, subsequently began a nine-year quest to ensure his team’s immortality, with his tenacity, dedication and struggle finally paying off in 2019.