Home » TV & Movies » A Place In The Sun couple at ‘loggerheads’ over property decision ‘The arguing starts!’

A Place In The Sun couple at ‘loggerheads’ over property decision ‘The arguing starts!’

A Place in the Sun: Couple says property is a ‘frontrunner’

Lynn and Mike from Southampton were welcomed onto Channel 4’s A Place In The Sun as the pair searched for a new home in Spain. Presenter Danni Menzies guided the retired couple around the region of Murcia as they aimed to find their dream holiday home with a budget of £60,000. But, Lynn and Mike soon had trouble on their hands when they couldn’t agree on a property.

Lynn and Mike explained to Danni they were looking for a holiday home in Spain where they could enjoy their retirement.

Mike revealed he’s a keen golfer and therefore wanted to find a property near to a golf course.

Armed with a budget of £60,000 Danni toured Lynn and Mike around the region of Murcia.

But, the first property Danni picked out failed to impress the couple despite coming under budget at just over £59,000. 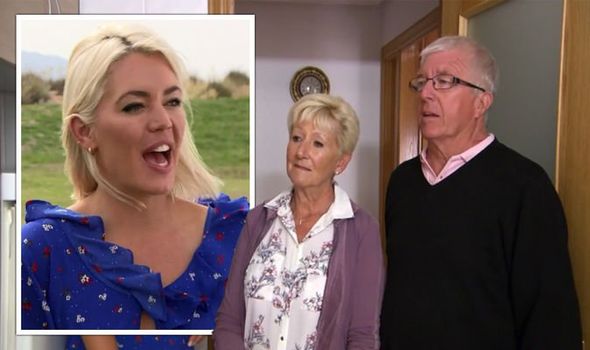 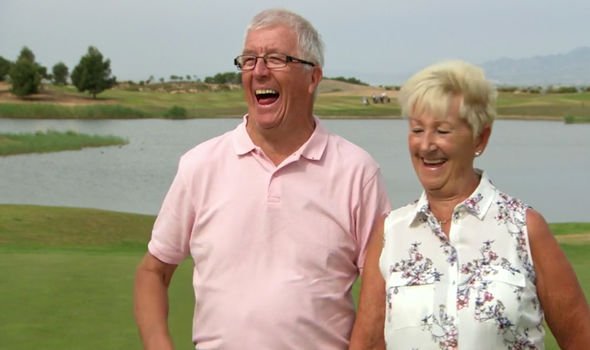 Danni hoped to have a little more success with property number two, an apartment with views over a golf course.

Although there were elements of the property they liked, Lynn and Mike were concerned about the small size of the apartment and insisted they needed a second bathroom.

The pair also wasn’t keen on the north-facing terrace which offered little sunlight.

Danni revealed the two-bedroom apartment was on the market for £57,018 and asked the pair if the property could be a contender.

But, she didn’t get the answer she was hoping for as Mike said: “It’s a write-off.”

The A Place In The Sun presenter then took the couple to property number three, in the hopes it would make a better impression. 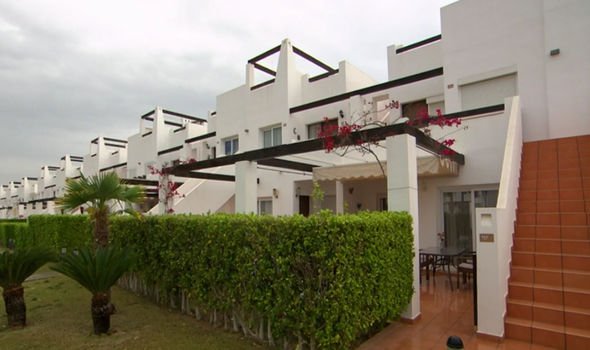 The second-floor apartment boasted a communal pool, underground parking, a terrace, two double bedrooms, a bathroom and an extra toilet.

“Far better than the other two properties I feel,” Mike exclaimed while looking around the apartment.

However, Lynn didn’t seem quite so keen on the property that came in at just under £57,000 as she commented on the size of the master bedroom: “Quite small.”

“The property itself is the best we’ve seen so far,” Mike concluded

They then headed over to property four, which had two bedrooms, two bathrooms and an open plan kitchen/lounge area.

“Ah there must be a roof terrace,” Lynn said when she saw a staircase outside.

The pair liked the property but were disappointed with the views, with Lynn saying: “The views from the last place were much nicer.”

The fifth and final property was a ground floor apartment with three bedrooms.

The apartment only had one family sized bathroom, but the potential to add another.

With a communal pool on a golf resort, it was on the market for around £68,500, pushing Lynn and Mike over their budget.

But presenter Danni could tell that one of the pair was keen on the property, saying: “Lynn likes it.”

“I’ve moved in!” Lynn exclaimed in agreement, adding: “This is my front runner.”

Later on, the couple sat down with Danni to discuss their options but were still struggling to come to a decision.

“We are at loggerheads,” Mike revealed, adding: “We cannot make up our minds.”

Even Lynn confessed she was no longer sure on the fifth property that had previously won her over.

“I thought you were sold Lynn?” A shocked Danni exclaimed, adding: “I really thought it was the one.”

Sadly the couple didn’t end up making an offer on any of the properties and chose instead to continue with their search.