Jasmine Harman, 44, was on hand to help married couple Hilary and Alan find their dream house from home in the Spanish region of Alicante. The A Place in the Sun presenter learnt the pair hadn’t been to the destination in over a decade but had done their research online about the type of property they were looking for. This included the establishment being traditional, offering two or three bedrooms and a pool they could relax in, all within a budget of £160,000. The husband and wife also wanted their holiday home to have an additional space, which they could rent out to make some extra money. However, after three viewings, the host decided to step back from her role on the Channel 4 programme and give the duo full reins to do what they wanted.

The property in question was valued at £159,000 and was surrounded by breathtaking views of mountains and the Spanish countryside.

As soon as the host arrived at the holiday home with the couple, it was clear they weren’t completely sold by it.

Alan told Jasmine it was “tricky” because although the house seemed nice from the outside, the mountains seen all around the establishment made it feel as if he was being “hemmed in”.

Hilary agreed she “didn’t get a good feel for it,” which is when the presenter decided to do the viewing a little differently.

Having heard their perspective on the house, she said: “You know what you’re doing now. You go and have a look on your own.” 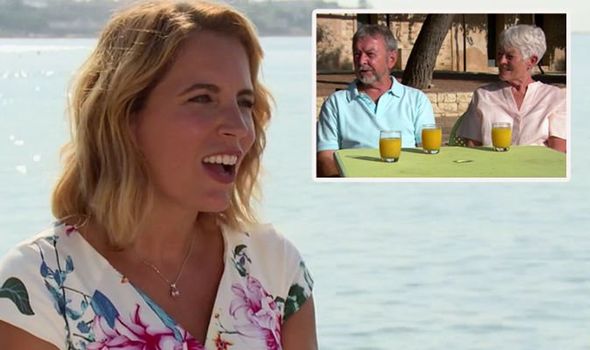 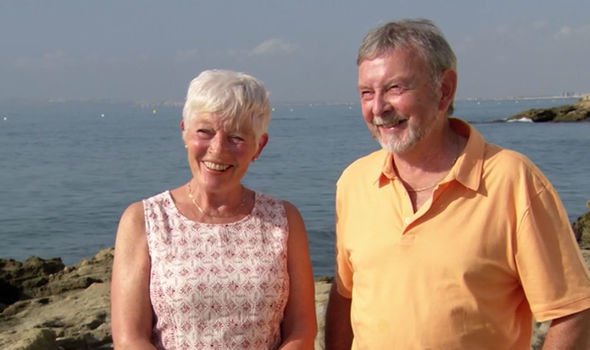 Alan and Hilary then went off by themselves to conduct the viewing and met Jasmine back outside, where they told her they didn’t want to place property number four as a contender.

In fact, they still had their minds set on the previous house, which valued at the same price of £159,000, but was more inclined to what they had in mind.

The establishment had not only one, but two extra spaces which were separate from the house that they could use to rent out to other holidaymakers.

As well as having three bedrooms and an outside pool built into the ground, Alan told the host: “Standing here, you’ve given us what we asked for.” 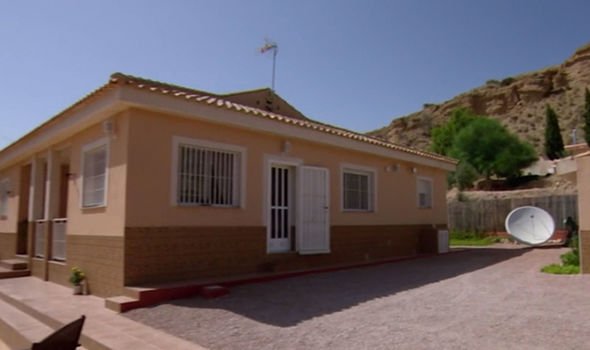 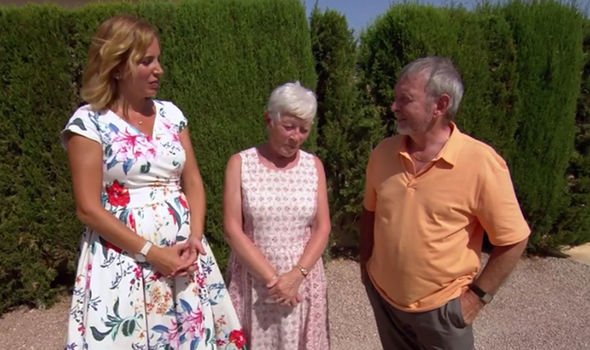 You know what you’re doing now

Though property number two was also well received, it was a little over their budget, valuing at £172,000 after originally being on the market for £220,000.

The presenter did explain she had spoken to the agent and if the couple were interested, an offer closer to their budget would be considered.

With three bedrooms and a more open-plan interior, the couple were convinced this modern villa was the one for them.

Towards the end of the programme, however, Jasmine threw in a curveball as she showed the husband and wife a property which encapsulated everything they had been looking for.

With big open spaces, a pool, lots of land to work on, views of the Spanish countryside and more than enough bedrooms, the couple were amazed they’d found their dream property.

However, this did come at a cost at Jasmine explained to get everything they wanted, they were going to have to go over budget.

Therefore, the villa with additional room for a holiday was valued at £181,733, leaving Hilary and Alan with a big decision on their hands.

The next day, the presenter reunited with the husband and wife duo who told her they were eager to get their hands on the last house.

Alan explained they did still want to get as close to their budget as possible so he asked Jasmine to call the agent and present the offer of £166,000.

Unfortunately, their original deal was taken off the table as the agent said the owners were unwilling to go for anything below £170,000.

The couple told the host they’d already had a discussion about going higher and made a second offer of £172,000 – £12,000 over their original budget.

After an anxious wait to see what the property expert had agreed to, the husband and wife were told they were the proud new owners of the villa.

Hilary gave her husband a kiss on the cheek as her eyes filled with tears over the result, with Jasmine over-the-moon about the sale.

A Place in the Sun airs weekdays at 3pm on Channel 4.