A Place in the Sun house hunters emotional over property

A Place in the Sun headed to Poitou Charente, France for today’s episode and it was Jasmine Harman’s turn to find father and daughter team, Stephen and Stephanie a new home and business. With a budget of £250,000, the family were looking for a four-bed property, with an additional two-bed gite, four-five acres of land which could provide a space for their own glamping business. Stephanie really wanted a swimming pool and Stephen requested a workshop. The family’s extensive wish list proved tricky for Jasmine but she seemed to find them the perfect property, so much so, they were moved to tears.

The first property Jasmine took the potential buyers to was a three-bed house in Vervant which was 45 minutes from the sea.

The house had an adjoining three-bed gite and an additional barn which had been separated into three large spaces.

Outside there were 1.5 acres of lands and a private swimming pool but Stephanie was “not convinced it [was] going to be big enough”.

She told Jasmine: “If it was a home it would be ideal. But for a business, the land is a bit too small.” 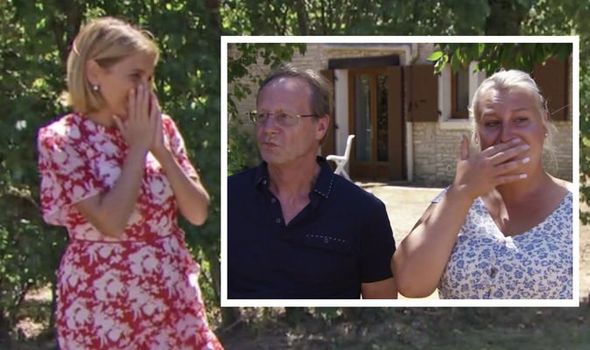 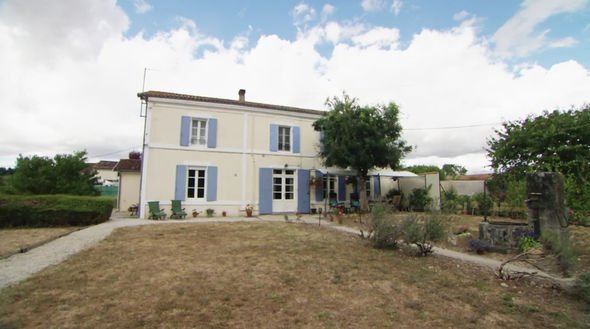 It came with just over two acres of land, a pool, an outbuilding and a small self-catering two-bed chalet as well as a two-bed gite that had its own private outside space.

Jasmine explained it had been on the market for three weeks and was priced at £283,784 – way over Stephen and Stephanie’s first budget and “wiggle room” budget of £270,000.

But she assured the buyers the agent would take an offer for around the top budget.

Stephen was surprised by the space: “It’s bigger than I imagined.”

Inside, Stephanie commented: “It’s absolutely beautiful, I would change a thing. I adore the flooring, it’s just stunning.”

“Tell me your thoughts,” the presenter asked after they had seen inside and Stephanie said: “I think the inside is perfect, there’s a lot of things I wouldn’t change. For me, my dream is blue shutters.”

Jasmine interrupted: “Get a can of paint! If you’re only complaint is colour of shutters I will buy you a tin of blue paint.” 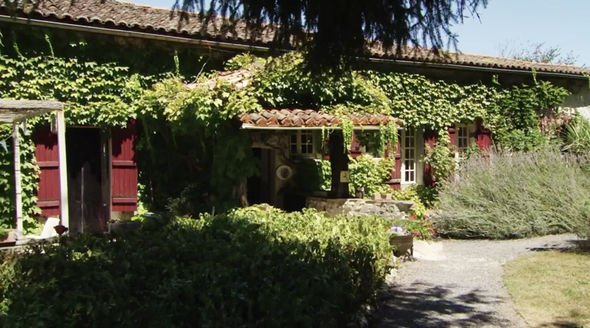 The third house Jasmine took the father and daughter to see was in Verteuil-sur-Charente.

It was a traditional, detached three-bed house and had just over four acres of land.

Both inside and out it oozed character and charm, sporting traditional features.

Outdoors the property came with a pool, which had an outdoor kitchen, a one-bed gite and several outbuilding/barns.

“The compromise is, it’s three bedrooms in the house and the gite, while it’s lovely, needs some work,” Jasmine explained.

The presenter took Stephanie and Stephen outside to see the land they could use for their future business and all three were brought to tears.

“Thank you,” Stephanie mouthed wiping away the tears. 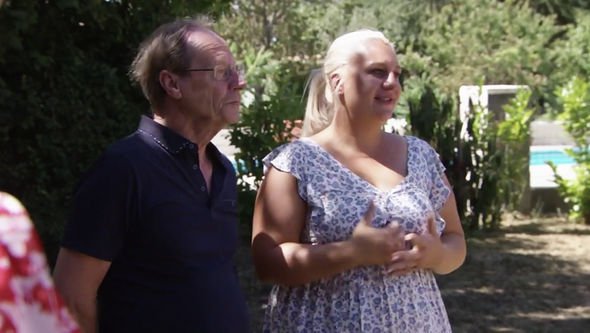 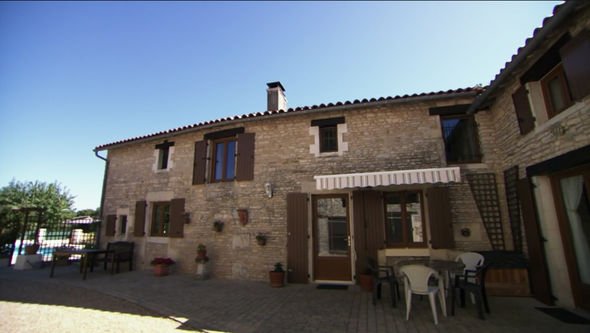 “Why do you think that it’s hit you [emotionally]?” Jasmine wondered and she replied: “I have no idea. I didn’t think you’d find the perfect one.”

“Everyone has a dream,” Stephen said. “But to have your dream become a reality…”

As for how they liked the rest of the house, Stephanie told Jasmine: “I’m going to tell you something that will shock you. I walked into the bedroom and knew I would never be there, it’s just not for me.”

“The property’s fine, can’t really fault it,” her dad added. “But [we have to consider] how much it would cost to do up the gite.”

Jasmine then took the father and daughter to a property that offered them everything they wanted but was extremely over budget to show them they may not be able to get their dream home for the price they were willing to pay.

House number four had seven bedrooms and the property sat on a site that was originally a chateau build in 900AD.

Located in Anieres-sur-Blour, it had 3.2 acres of land and boasted a massive garden, as well as a one-bed gite and many outbuildings. 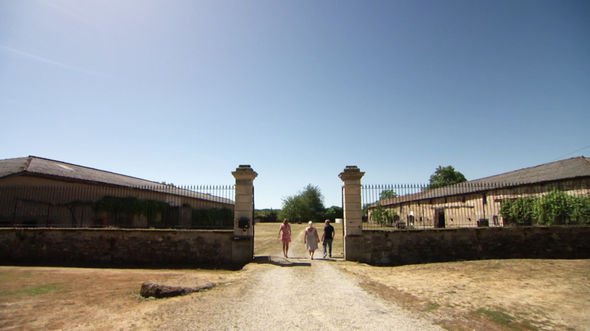 “Has this one given you some food for thought?” The presenter asked and Stephanie replied: “It’s an incredible property.”

“This is number one!” Stephen remarked shocking Jasmine. “We need to go back and discuss the money.”

“But we couldn’t dismiss a property like this because of what it has to offer,” Stephanie explained.

The final property was located in Confolens and was a three-bed house, with an old mill was originally built in 1789.

Outdoors, there was 2.3acres of land which offered a vegetable patch, winter garden, a one-bed gite and barn/workshop.

Looking around inside, Stephanie admitted: “Can’t say I love it, not doing much for me.”

And the land on offer was disappointing too, Jasmine said: “I had such high hopes for this one, but it seems they can’t get the other properties I’ve shown them out of their minds.” 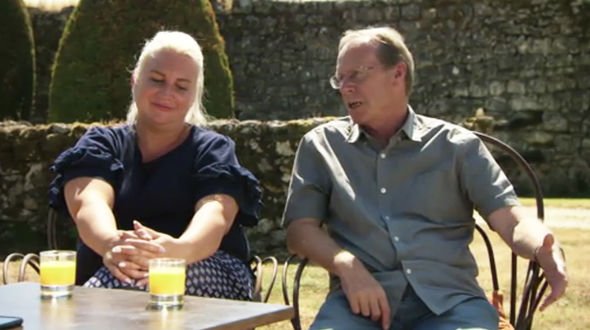 “The site’s amazing, but the house is too small,” Stephanie explained and Stephen added: “I love the garden, especially here by the river but the house doesn’t work.”

As for what they decided to do when they sat down with Jasmine the next day, Stephanie explained they wanted to put an offer forward for the property with the red shutters – number two.

The offer was not accepted and a counteroffer of £272,000 was requested by the owners.

After some consideration, Stephanie and Stephen shook hands on £271,000.