AARON Sorkin and Paulina Porizkova made their relationship official as they cuddled up on the Oscars red carpet.

The couple attended the Academy Awards as the filmmaker was nominated in five categories for The Trial of the Chicago 7, winning Best Original Screenplay. 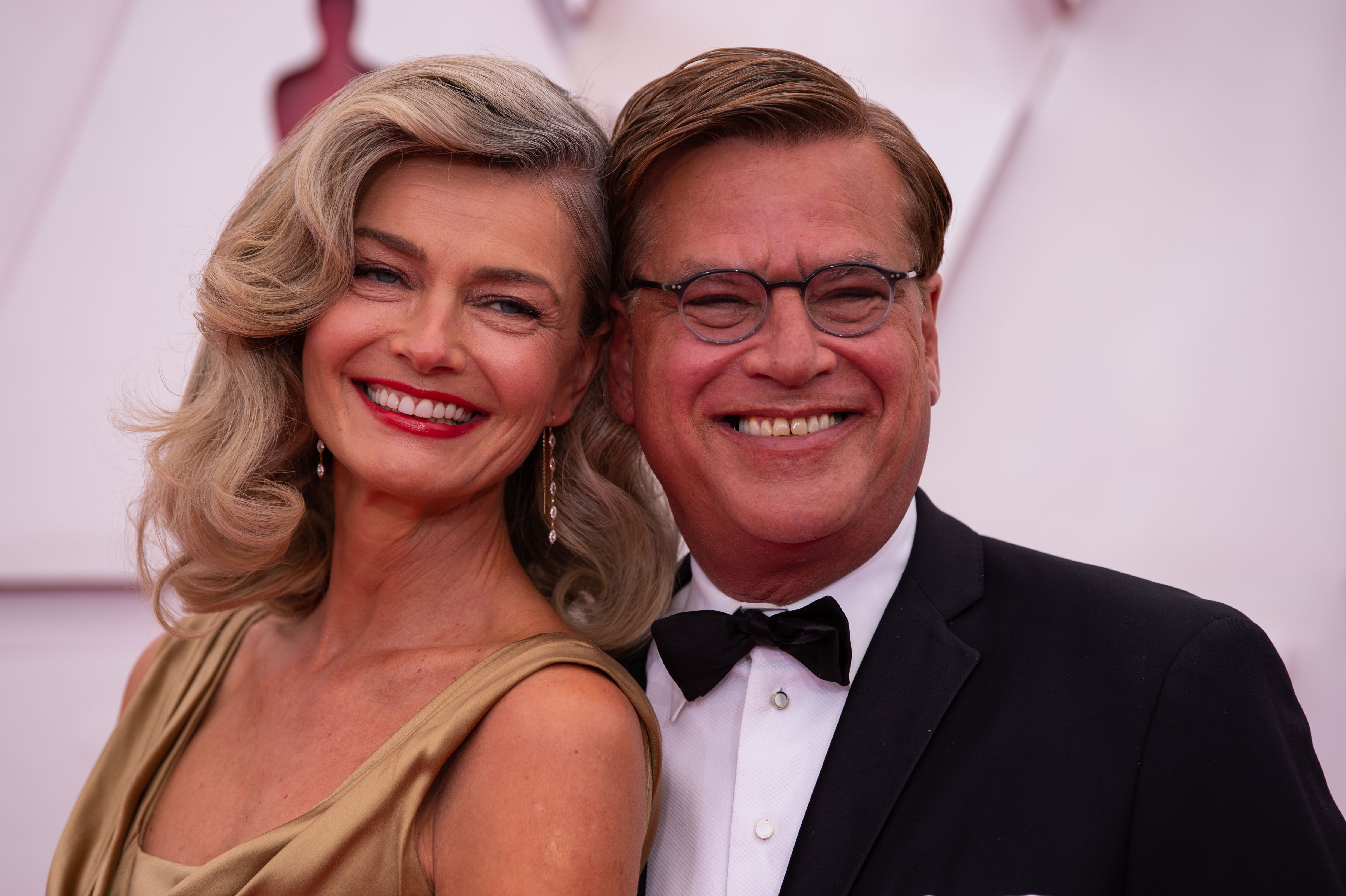 Aaron, 59, and Paulina, 56, looked elegant and joyful as they walked the red carpet side by side.

The supermodel wore a stunning gold cowl-neck gown with ruching on the bodice, and the producer wore a simple black tux and bowtie.

The Trial of the Chicago 7 was nominated in five categories including Best Picture and Best Original Screenplay.

A source previously told Page Six that the duo had been quietly seeing one another for a few months, following the death of Paulina's estranged ex-husband Ric Ocasek. 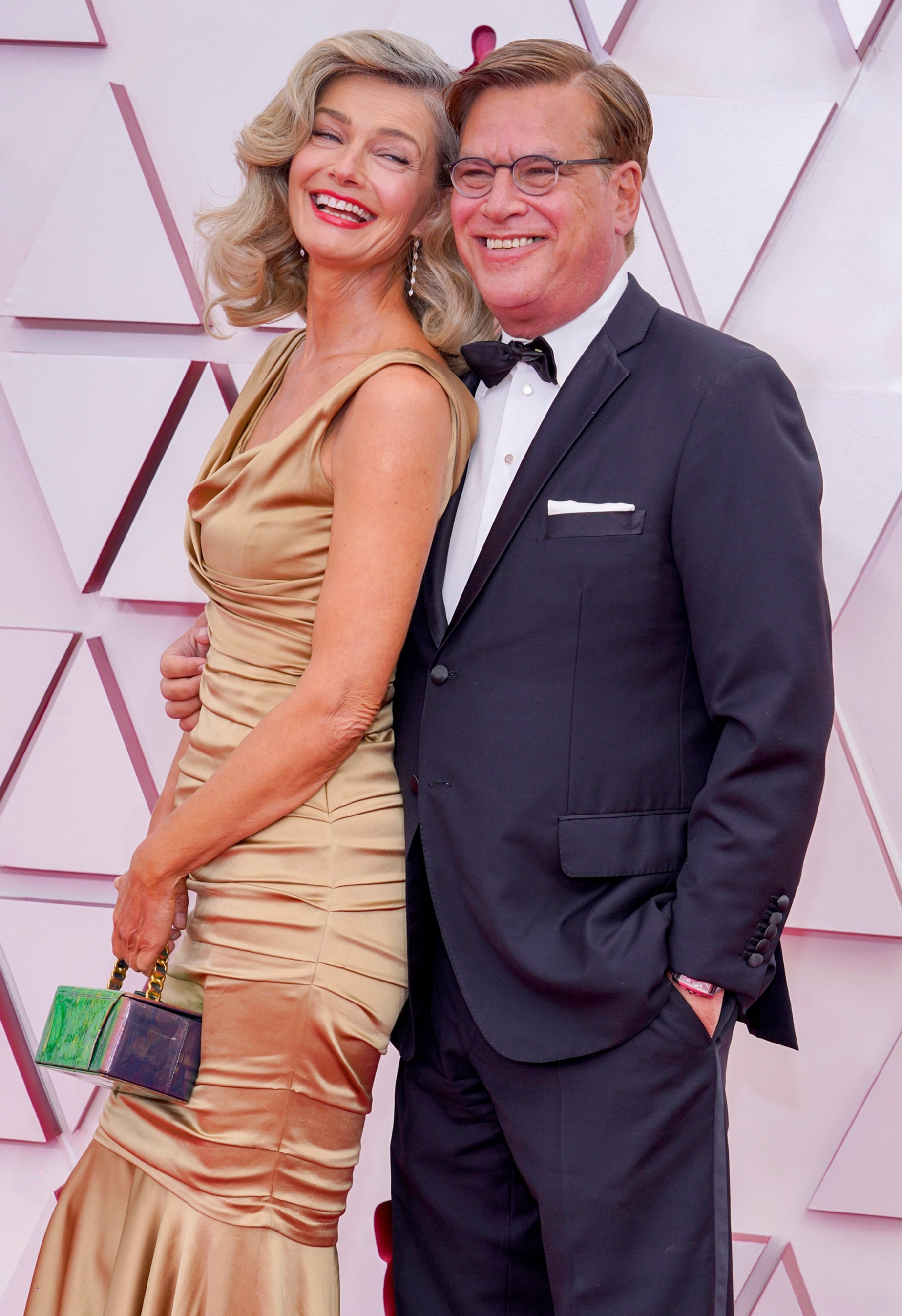 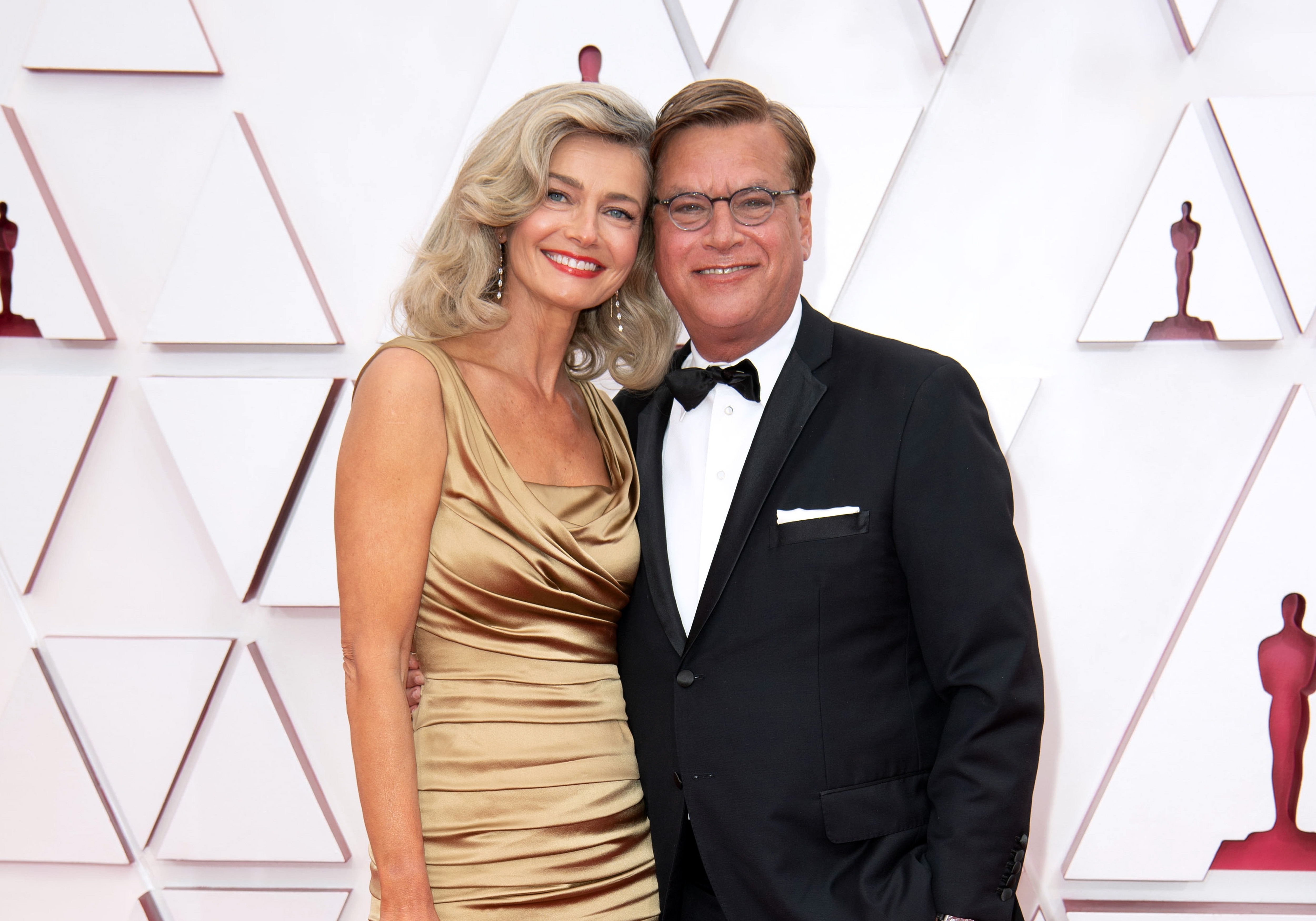 Despite being married for 28 years and sharing two sons together, the late singer left his ex-wife out of his will when he died in September of 2019.

Aaron married Julia Bingham in 1996 and they share one daughter, Roxy, but called it quits in 2005.

The West Wing creator has also dated actress Kristin Chenoweth and Sex and the City's Kristin Davis before going steady with Paulina.

The Czechoslovakian model recently spoke to Yahoo! about sex and dating in her 50's as she claims to have gained "confidence and wisdom" in more recent years. 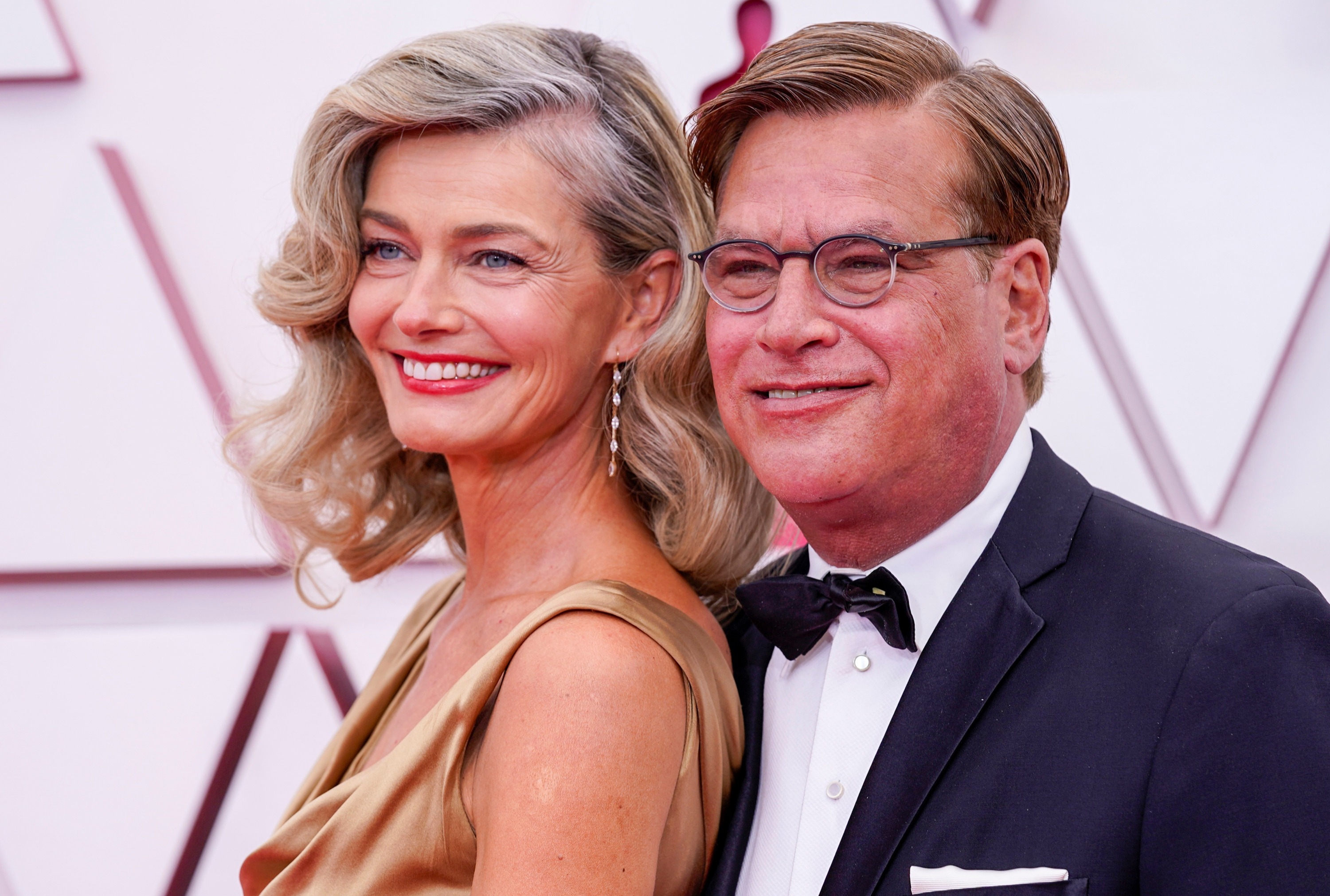 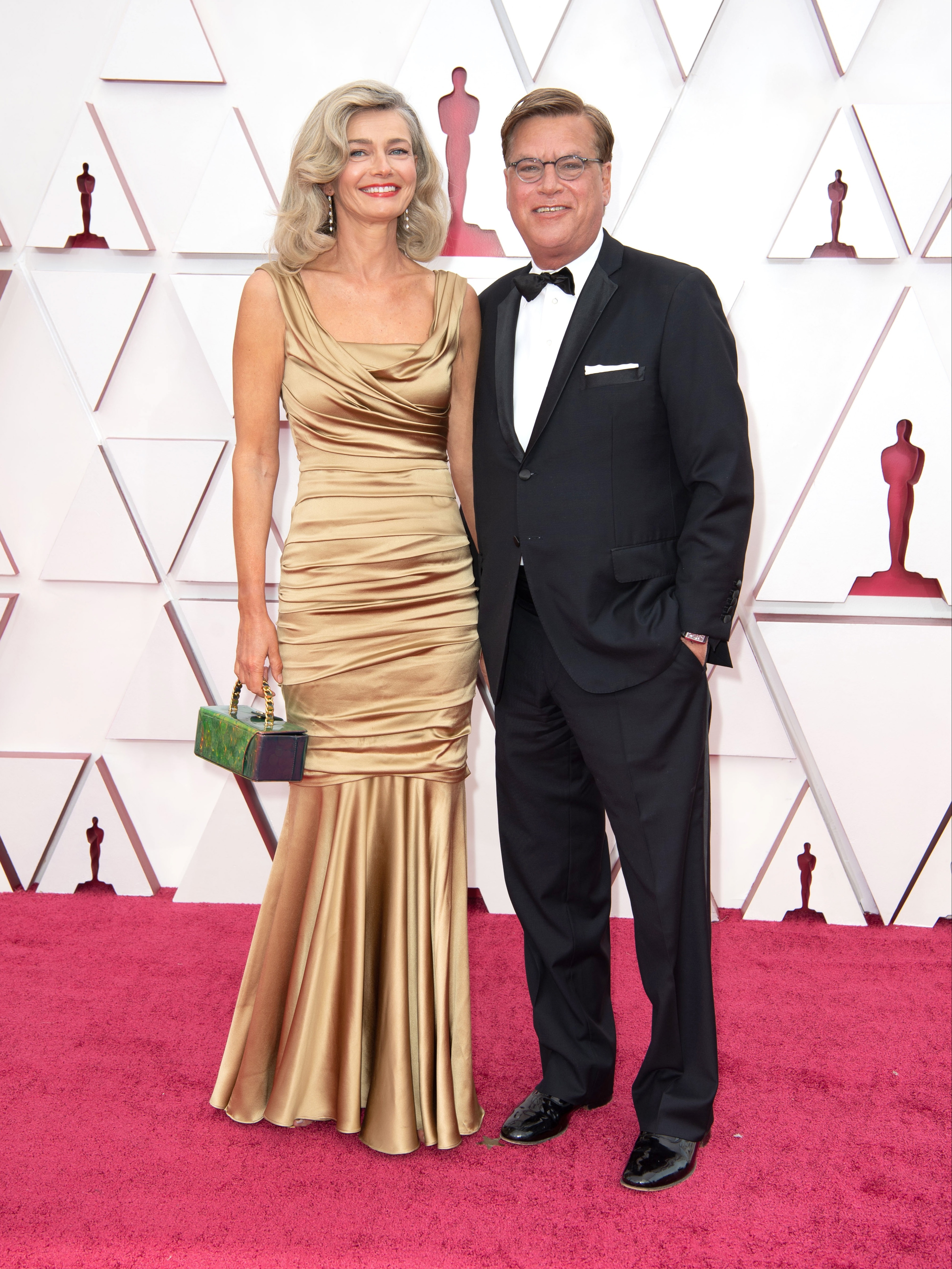 "What I have found is that sex gets better with age, which is something that I was kind of terrified about for a while because I kept hearing all these horror stories about how you go through menopause and then you lose your sex drive and you don't want to have sex anymore," she explained.

"I had been wandering the desert for a little while and I was really afraid that somehow that part of my life was going to disappear or go away or was no longer something that I got to do.

"And it turns out that it only gets better because I know my body so much better," she shared.

"Whatever confidence and wisdom that you acquire with age, it's kind of paying off in your 50s.

"Now I take my pleasure where I know that I had it or where I can. I'm not there to please the guy. I'm there to be pleased," she added honestly.