When is a biopic not a biopic? When the filmmaker says it isn't? Or when the subject says it is and then disowns it?

Richter, 87, lived through Nazism and East German Socialism to become one of the world's most important living artists, with a career that spans Socialist Realism, photo-realist painting, abstraction and sculpture.

He's certainly among the most financially successful artists alive; in 2017, a German magazine estimated his personal fortune at about  €700 million ($1.14 billion); more modest estimates still put it in the tens of millions. Beyond doubt is that his works regularly sell on the secondary market for more than $US25 million (only a fraction of which flows to the artist), results that a despairing Richter has described as “hopelessly excessive".

But it's not just this success that made Richter a subject of interest for Florian Henckel von Donnersmarck, the towering German who won the best foreign language Oscar in 2007 for The Lives of Others. It was the fact that Richter is, he says, "a very, very German artist, a very German person. He understands and represents his country more than almost anyone I can think of".

For a period, the blurred photo-realist paintings that first brought Richter fame in the 1960s had been described in the German press as "Werk ohne Autor" (work without author) – which is in fact the film's German title – on account of their apparent lack of subjectivity. But having studied his life (thanks to a detailed 2005 biography by investigative journalist Jurgen Schreiber) and his works, the director believed he could, in fact, detect biographical elements in those pictures. 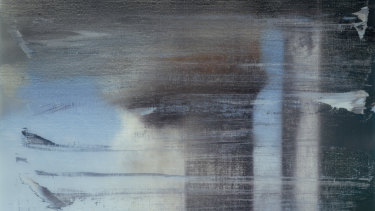 Writing to Richter in 2015, the director asked if he might consent to answering some questions. Surprisingly, Richter agreed.

That initial meeting lasted about seven hours; over the following month or so there were many more, the painter dredging up memories and the writer-director taking notes and making recordings of their conversations.

They had an understanding that the film Donnersmarck would make would not be about Richter per se. It would, rather, be a portrait of a more generally representative creative type.

Or as Richter himself put it to The New Yorker in January: "I told him clearly that I would not approve of a movie about Gerhard Richter. I also suggested that the protagonist might have another profession, like a writer or a musician for example, as the family history that he wanted to tell did not necessarily need a painter as such." 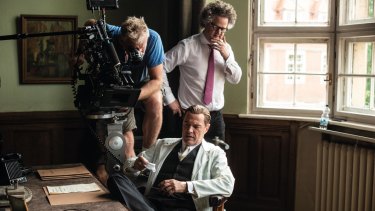 It all seemed very workable and gentlemanly until the trailer for the film was released late last year, whereupon Richter denounced it, a position he has maintained despite never having watched the three-and-a-half-hour movie itself.

That response took Donnersmarck by complete surprise. "I read him the full screenplay, every single page," he says. The painter had two small quibbles, "and I changed those two things because they didn't really affect the story. I kept him informed at every single step."

Perhaps, though, he shouldn't have been surprised at all, since Richter's biographer had shared the fact he had gone through much the same experience more than a decade earlier.

"Schreiber told me, 'You know what, this is going to end badly for you'," Donnersmarck recalls. "'He collaborated with me on this biography and now I'm his biggest enemy'. And I said, 'No, no, that's not going to happen to me'. And of course it did." 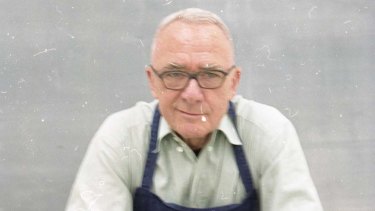 Richter has framed it as a breach of trust. Despite their agreement to keep the painter's name out of it, he claimed, Donnersmarck had "in reality … done everything to link my name to his movie". What's more, "he managed to abuse and grossly distort my biography! I don't want to say more about this".

Donnersmarck readily admits he has freewheeled around the facts of Richter's life in creating his portrait of the artist Kurt Barnert (Tom Schilling). But distortion is not a charge he takes lightly.

"Look, it's a tricky genre, but it's one I'm very attracted to – talking a lot of reality and then changing it with complete freedom until I feel it reflects truth better than the facts reflect the truth," he says. "People get really offended: either you're doing complete fiction or you're doing complete fact. In a way, doing historical fiction, which is what I'm attracted to, always gets you into trouble."

Certainly, the overlaps between Richter and Barnert are many. Both are boys when the Nazis come to power. Both have a favourite aunt who suffers mental illness and is euthanised by the regime because of it. Both marry a woman whose father was a senior official at the institution where the aunt was killed (the doctor is played in the film by Sebastian Koch, so appealing as a persecuted writer in The Lives of Others, so chilling here as an ideological chameleon who flourishes equally under Nazism and Socialism). Both escape from East Germany after forging a career as a painter of murals honouring the workers and find fame and fortune after years of struggle in the West. 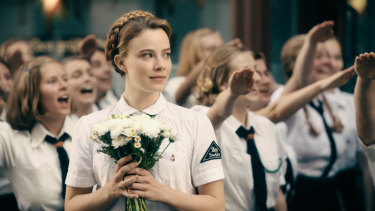 Saskia Rosendahl plays Elisabeth May, the aunt put to death by the Nazis for her mental illness.

And to a degree, Donnersmarck understands Richter's discomfort.

"If I imagine someone making a movie about my early life and not making it as a strict biopic, but taking all the liberties that a fiction writer takes, either it would be unpleasant to watch because it is so close to my life that I don't want to relive my trauma, or it would be so far from it that I would say, 'Hey, that's not my life'. So in a way I think the film is for everyone but him, and I understand why he didn't want to see it."

What he doesn't get is why the German media has been so willing to accept Richter's line that the film represents a kind of betrayal and distortion.

"I find it fascinating, the magic tricks that people can get away with," he says. "You work with someone for weeks and weeks and let them record countless hours of conversation and the sole premise of this is that this guy is going to use the information you're giving him for a fictional movie. It’s all on the tape, it's a matter of countless emails and letters back and forth. And then you still manage to spin the PR story somehow that this was done against your will? And the German press will just gobble it up? I'm amazed at the hypnotic power some people wield over others." 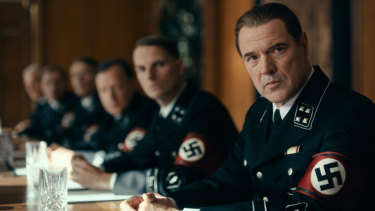 Sebastian Koch as Carl Seeband, an ob-gyn whose ideological sympathies shift with the winds.

For Donnersmarck, there's something sinister in all this – and it goes way beyond Richter. It points, he says, to the persistence of "the forces that led to the fact that Germany was the centre of all these catastrophes in the 20th century, namely the forces of group think. He knows how to use those.

I'm amazed at the hypnotic power some people wield over others

"People always think the ideology is the problem," he continues. "But it's not the ideology – it's the susceptibility to ideology.

Never Look Away is in cinemas now.