Affair betrayal for Rainie and Mitch in EastEnders as Stuart struggles? 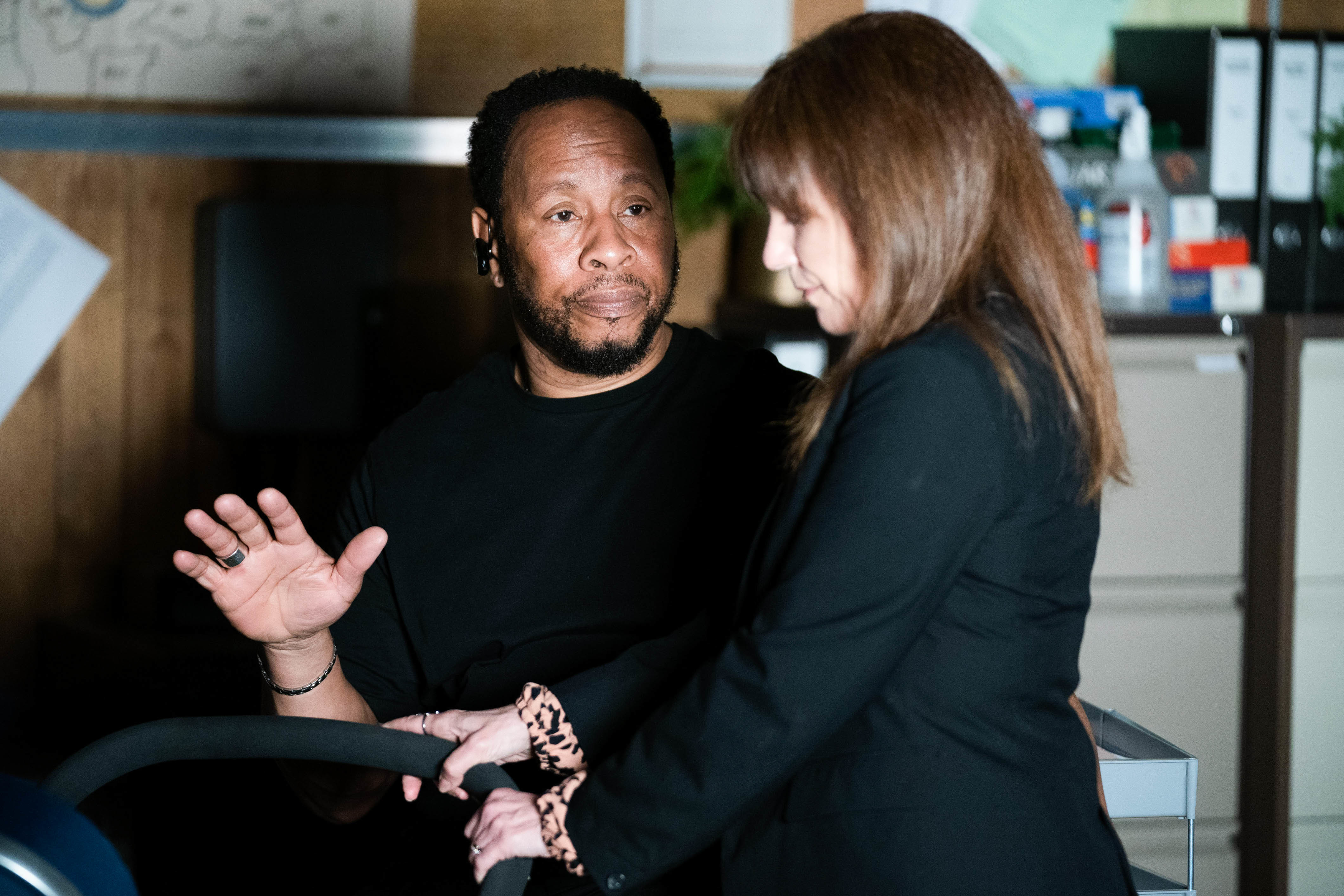 Mitch really enjoys looking after baby Roland. Not only is he a great dad, but he’s been giving Rainie and Stuart a break as well, who are both finding it stressful to manage the funeral parlour and look after their new baby.

As he struggles to connect with baby Roland, Stuart has often found himself growing jealous of Mitch, who is a natural around the young boy.

Coming up, Rainie is puzzled when she finds medication Stuart has attempted to dispose of and is left questioning why he’d want to make her believe he’s addicted again.

Unable to explain how he’s feeling, Stuart rushes off to a chemo appointment.

The next day, Stuart finally finds the courage to tell Rainie he has no feelings towards Roland.

Reeling from the news, Rainie goes for some air and bumps into Mitch, who can see all is not well.

Rainie manages to cover and says it’s difficult having a new baby around, but could she find comfort in Mitch?

Where could things lead if Rainie finds it hard to deal with Stuart’s PND?