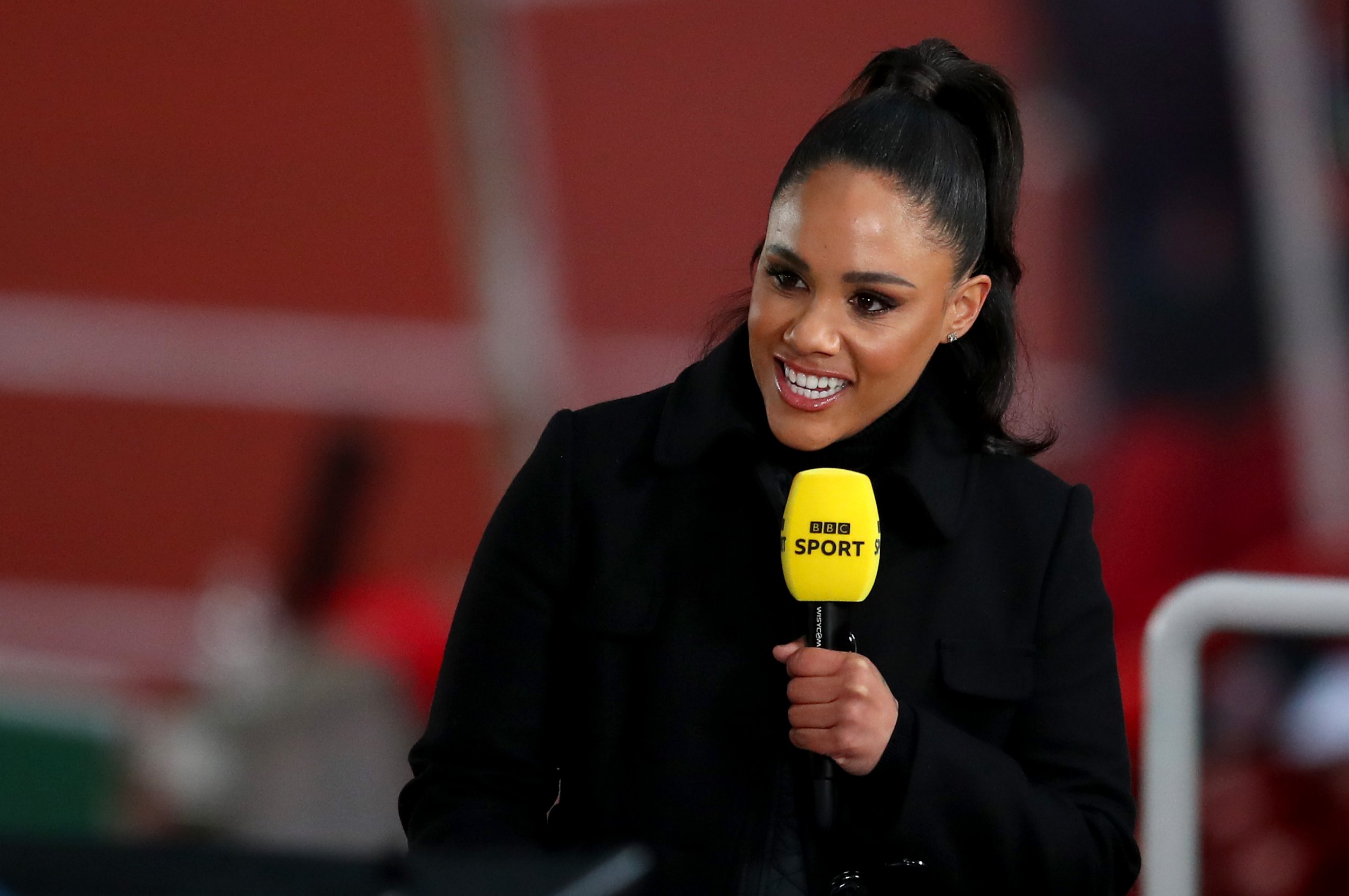 Alex Scott has defended herself after a former member of the House of Lords mocked her accent, saying she is ‘proud’ of her accent and where she comes from.

The Arsenal legend is part of the BBC’s Olympics broadcasting team, and has been commended for her presenting style and punditry during the channel’s Tokyo 2020 coverage.

However, one person who is not a fan is Lord Digby Jones, who demanded that Alex get elocution lessons.

The 65-year-old, who previously acted as Minister of State for Trade and Investment and retired from the House of Lords last year, tweeted: ‘Enough! I can’t stand it anymore! Alex Scott spoils a good presentational job on the BBC Olympics Team with her very noticeable inability to pronounce her ‘g’s at the end of a word.Competitors are NOT taking part, Alex, in the fencin, rowin, boxin, kayakin, weightliftin & swimmin.

‘She’s hot on the heels of Beth Rigby at Sky the Home Secretary for God’s sake! Can’t someone give these people elocution lessons? I fear that it may be aped by youngsters along the lines of the use of the moronic interrogative originally caused by “Neighbours”; on behalf of the English Language…..Help!’

Jones’ tweets were ridiculed by many, including actor Eddie Marsan, who quote-tweeted the post and added: ‘Many in this country still judge people by the way they speak rather than what they say.  @AlexScott has achieved the highest honours as a professional footballer & is a brilliant presenter but his Lordship has to have a dig at her East London accent.’

‘@AlexScott is a working class East London girl who’s risen to the top of two professions through hard graft & talent. She’s winnin’ in life and with this snobbish attitude, you’re losin’.’

While Jones may think that the presenter needs to go through some My Fair Lady style lessons, dropping a few g’s doesn’t seem to have held Alex back in any way.

The athlete is taking over from Dan Walker as the host of Football Focus this August, becoming the first permanent female host of the show.

Confirming the news, Alex, who made more than 200 club appearances during her playing career, earned 140 caps for her country and represented Great Britain at London 2012, addressed criticism of her landing the role as not only a woman, but a woman of colour.

Explaining that she completed a degree in sports journalism and broadcasting and did work experience placements with Sky Sports, Arsenal TV and London Live, Alex assured doubters that she had the correct skills and that no-one can ‘question my place or merit’.

She said: ‘I was one of the first female pundits on the BBC and I clearly remember being determined to transcend from being labelled a “female pundit” to “pundit”. Besides the statements surrounding my gender or my race, after being part of the BBC family for six years, I want people to see me on TV and think “she’s great at what she does”.’

Alex added: ‘You make mistakes but that’s life, no-one is perfect. I know that when I sit in that Football Focus chair I won’t be the finished article – and actually no-one ever is – you can always improve your craft, whatever that may be. Will there be judgement? Absolutely.

‘But like any young footballer – when you give them a chance, you see their progression and development over time – you see them grow as a player, into a better, more confident athlete.’

Alex will also be the first English-speaking female broadcaster featured in the history of FIFA, as she will be added as a commentator to FIFA 22.

Pretty impressive, if you ask us.