AMANDA Holden showed off her glowing tan in a polka dot blouse as she looks forward to the Bank Holiday weekend.

The 50-year-old looked sensational as she strutted through London in a green silk top and suit trousers. 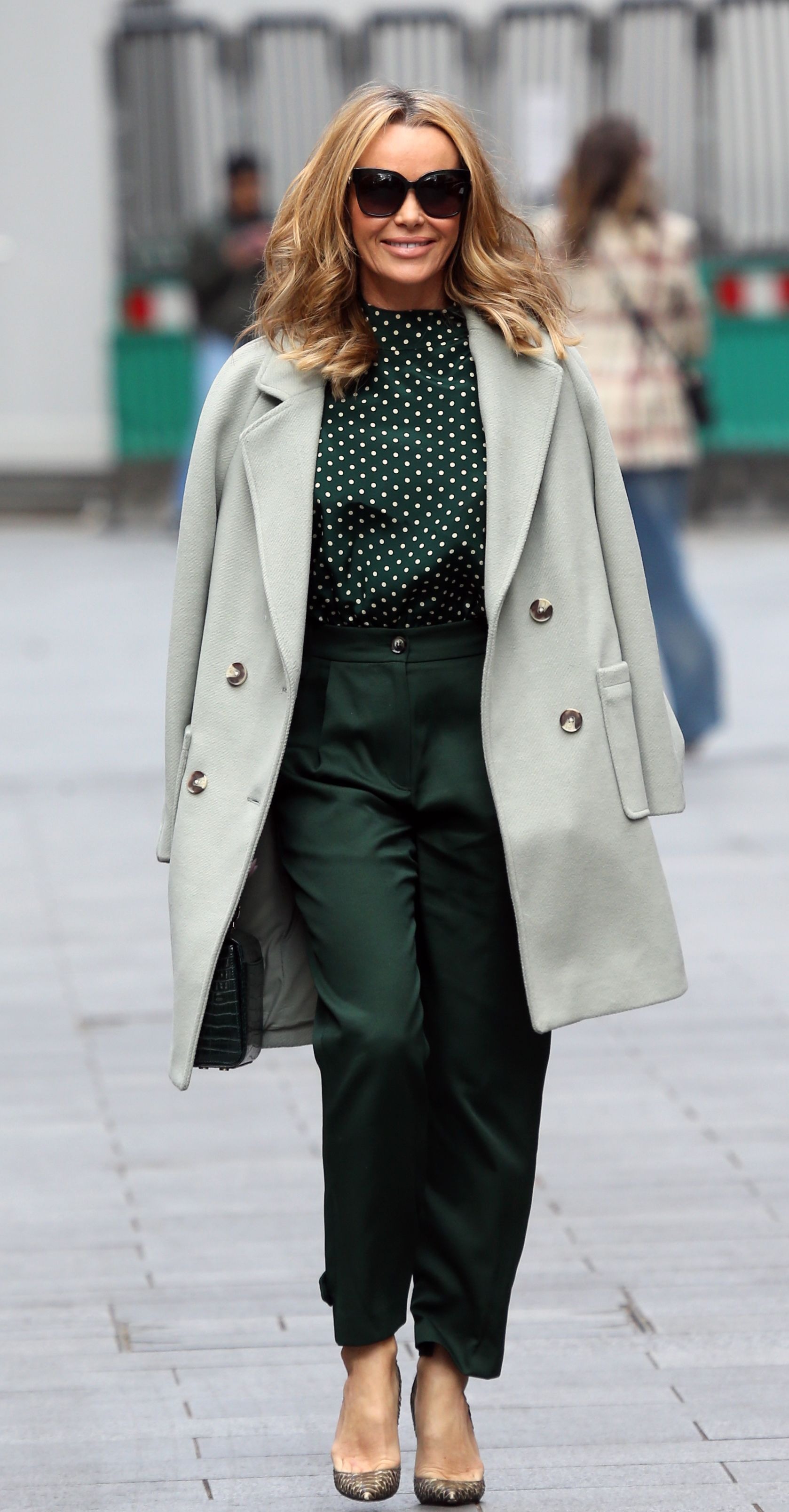 The Heart radio star put on a stylish display as she left work on Thursday morning.

The BGT judge oozed glamour in her gold snakeskin print Louboutin heels and her emerald ensemble.

The mum-of-two completed her chic attire with a sage green coat draped over her shoulders and a black clutch bag with oversized shades.

The TV star looked radiant with a neutral makeup palette and her blonde locks loose. 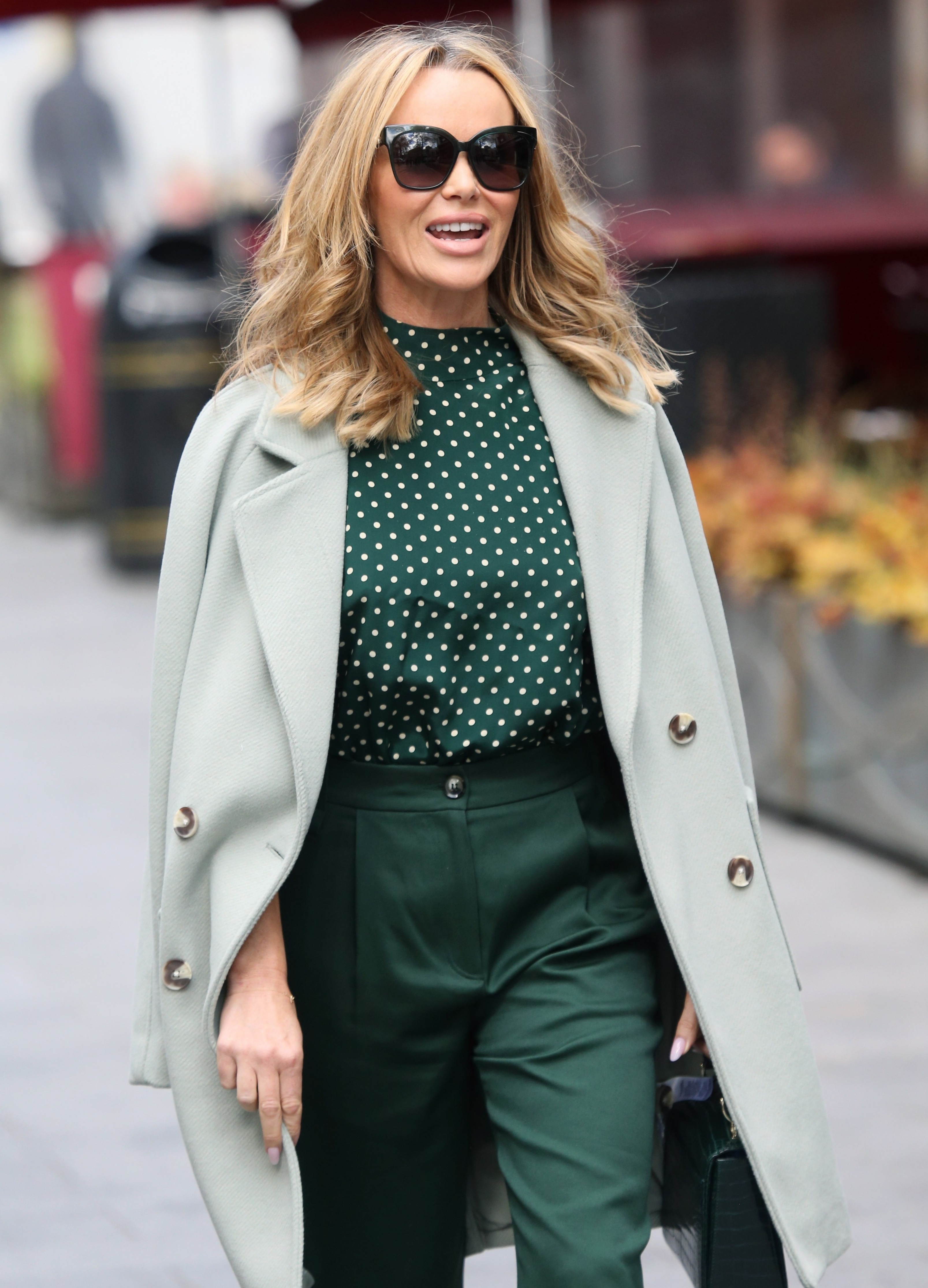 The blonde beauty flashed a big grin as she left Global Studios after presenting her breakfast show alongside Jamie Theakston and Ashley Roberts.

Amanda took to social media to give her fans a glimpse at her Hollywood-esque oufit.

The star shared a photo of her bracing on the balcony with her eyes closed, she wrote: "#morning #sunshine." 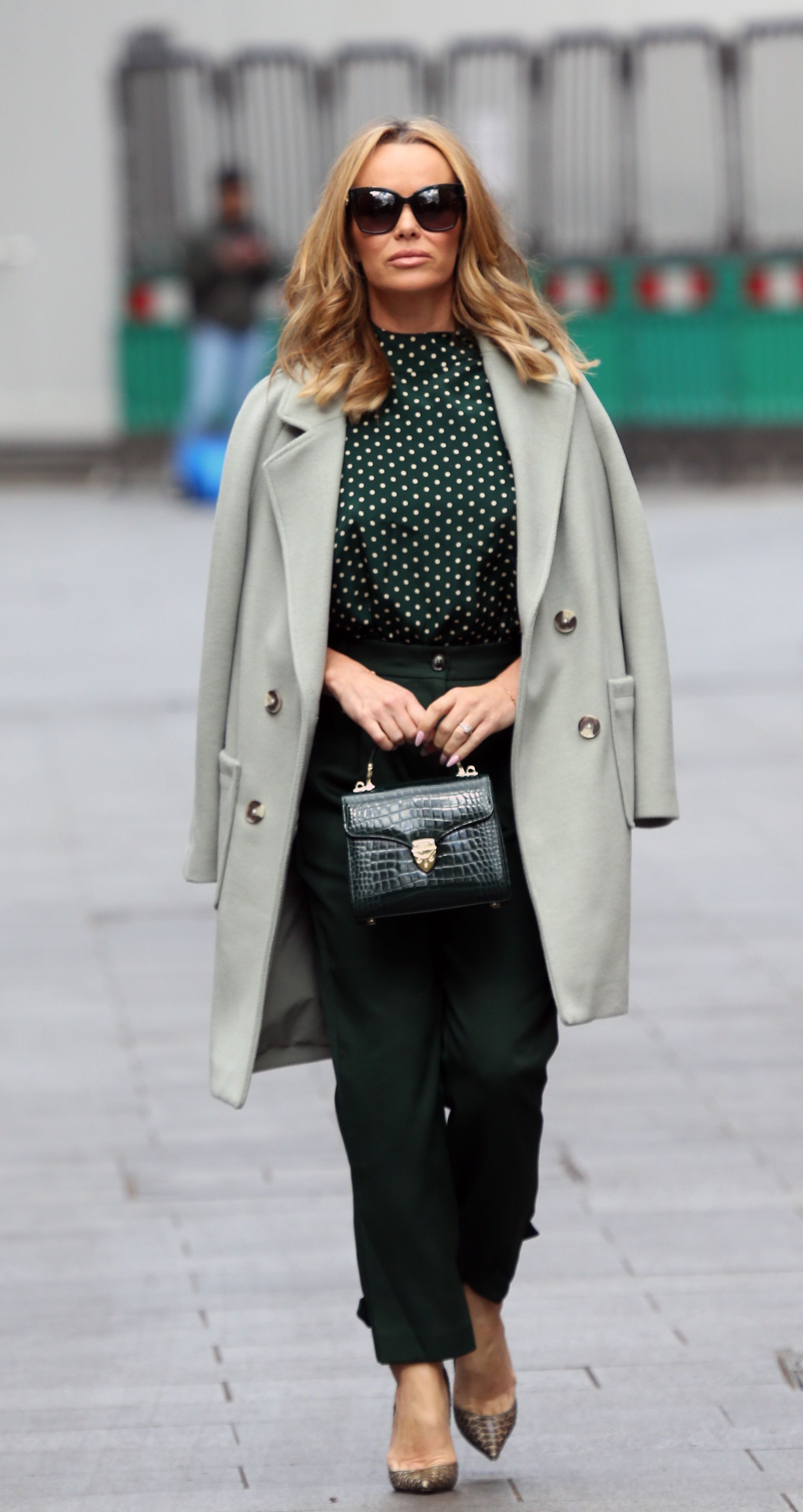 A number of fans gushed over Amanda's stunning look, with one writing: "You look gorgeous! This colour really suits you."

Another posted: "This outfit is breathtaking."

Amanda clearly could not contain her excitement at the thought of another Bank Holiday weekend, she shared a clip of her and co-host Ashley kicking their legs up with joy. 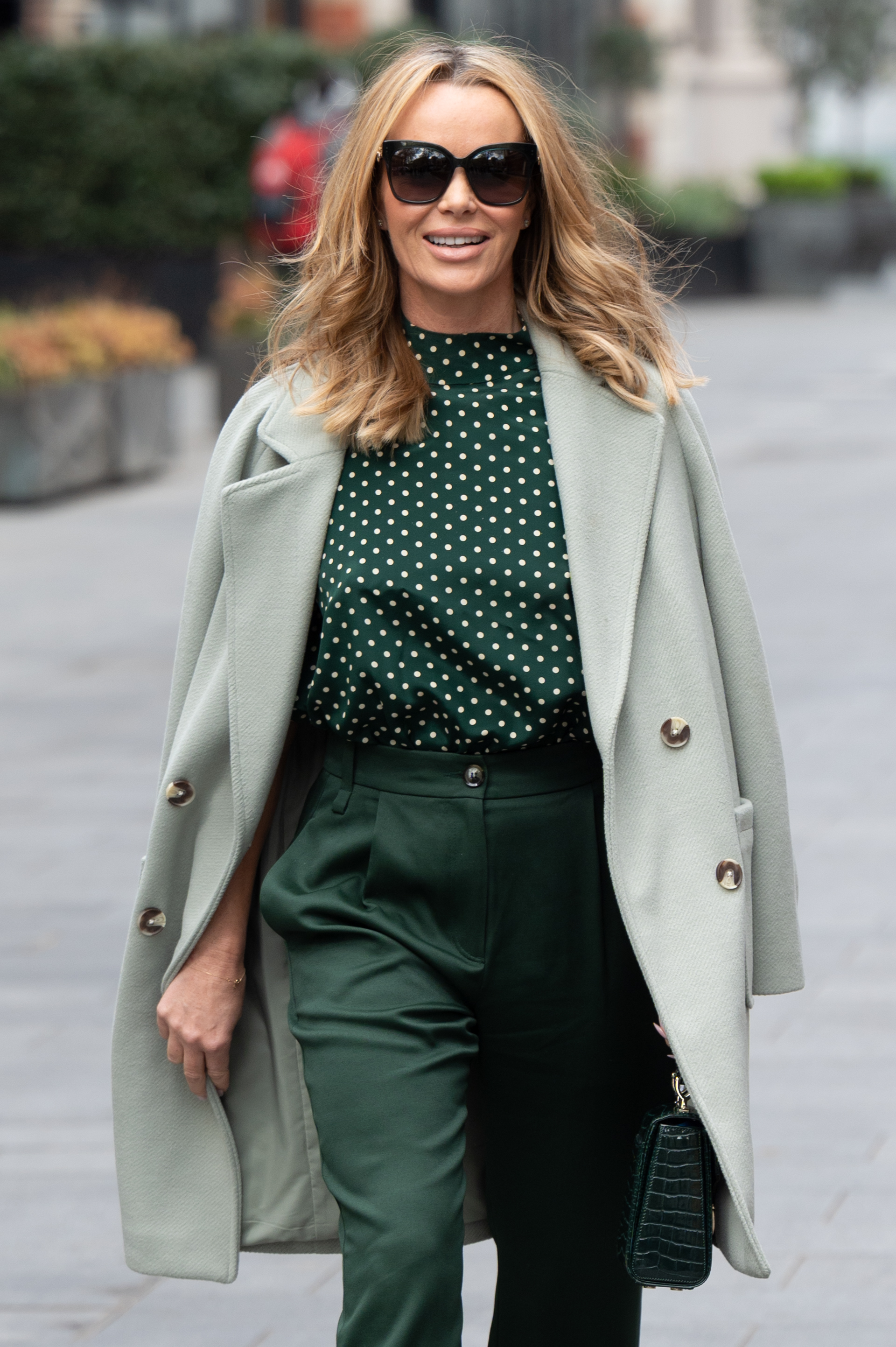 Alongside the video, she wrote: "It's nearly #bankholidayweekend."

Amanda is in a much better mood today, the star was left mortified yesterday after she learned her husband secretly recorded her snoring – and sent the audio to her Heart Breakfast co-host to play on-air.

She declared "I'm going to kill him" when she realised her other half Chris Hughes' had been plotting with Jamie Theakston to reveal her sleeping habits. 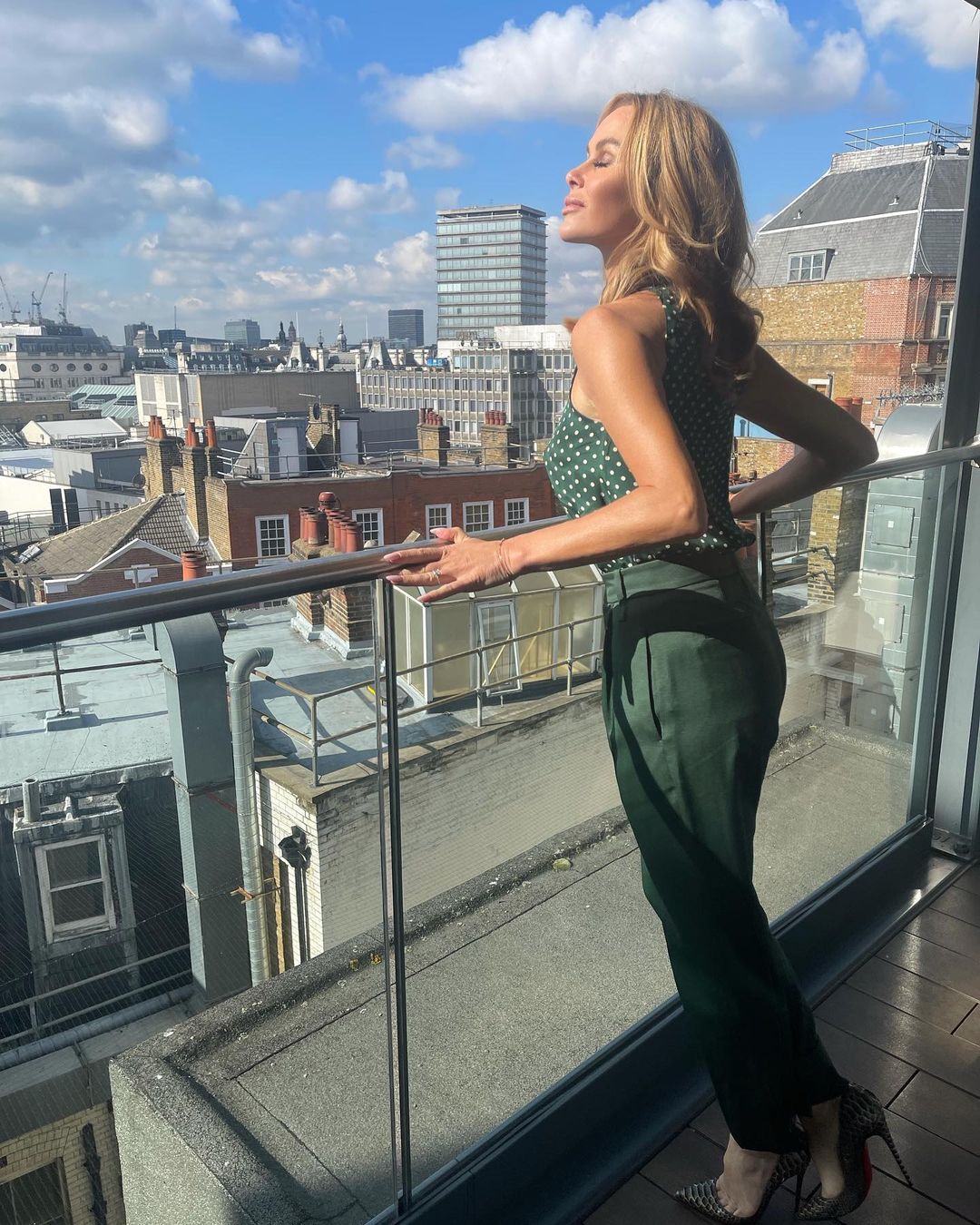 "So, he has messaged me on the show this morning. You wanna hear this? 'Hey JT, another sleepless night…crying emoji'.

"Well, it’s a voice note, which I’d like to play for you now. It’s got a time on it, it was timed at 2:36AM this morning. Location, well let’s just say…very much near your house".

The radio host then put Amanda out of her misery and hilariously played a clip of the BGT judge snoring.

A stunned Amanda, who has been married to Chris since 2008, then asked: "What is it? Is that me?" 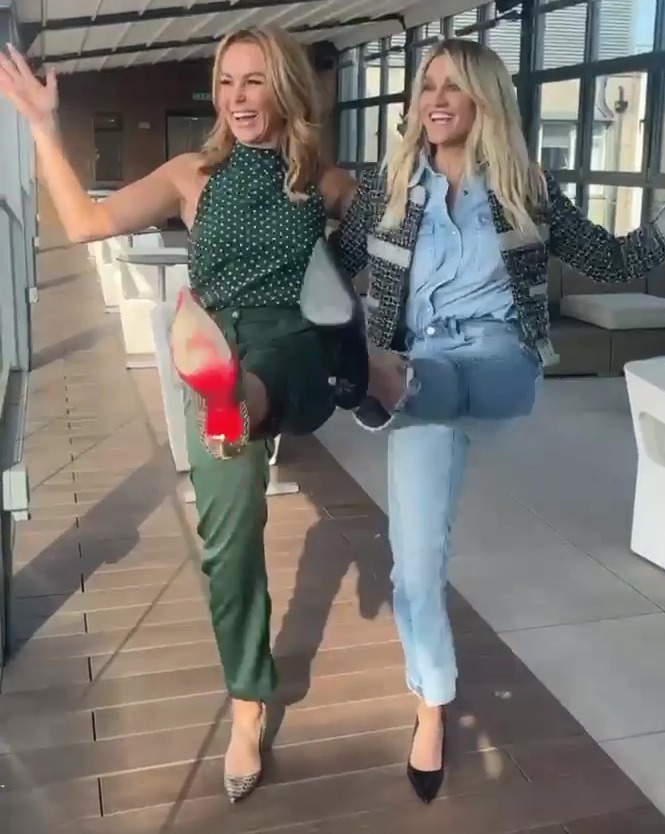 To which Jamie joked: "Do you ever wonder what Amanda Holden sounds like in bed folks?"

Continuing to poke fun at his co-host's expense, Jamie joked: "You don’t have any rhinos or hippos at home at all?" which left Amanda cackling with laughter.