After a couple irregular weeks defined by a rising CMT Music Awards and repeats, Monday primetime returned to normal with a three-way tie between top-rated programs American Idol, The Neighborhood and 9-1-1.

Per fast affiliates, all those three titles earned a 0.6 rating in the 18-49 demo. This is the second consecutive week CBS, ABC and Fox have tied for Monday’s top spot. While multiple titles brought in the night’s highest rating, only one tallied the most viewers: NCIS. With 6.15 million viewers, the long-running drama brought CBS another primetime win.

The night came to a close with another demo tie, this time between with NCIS: Hawai’i (0.4, 4.92M) and The Good Doctor (0.4, 3.75M). NCIS: Hawai’i dipped slightly from its last original broadcast while The Good Doctor was steady. NBC’s lowest-rated program was The Endgame (0.2, 1.46M), which matched the previous week.

Tuesday will see ABC bid farewell to black-ish, with the series finale and black-ish: A Celebration — An ABC News Special. All other networks, except a CW in repeats, will tout their typical programming. 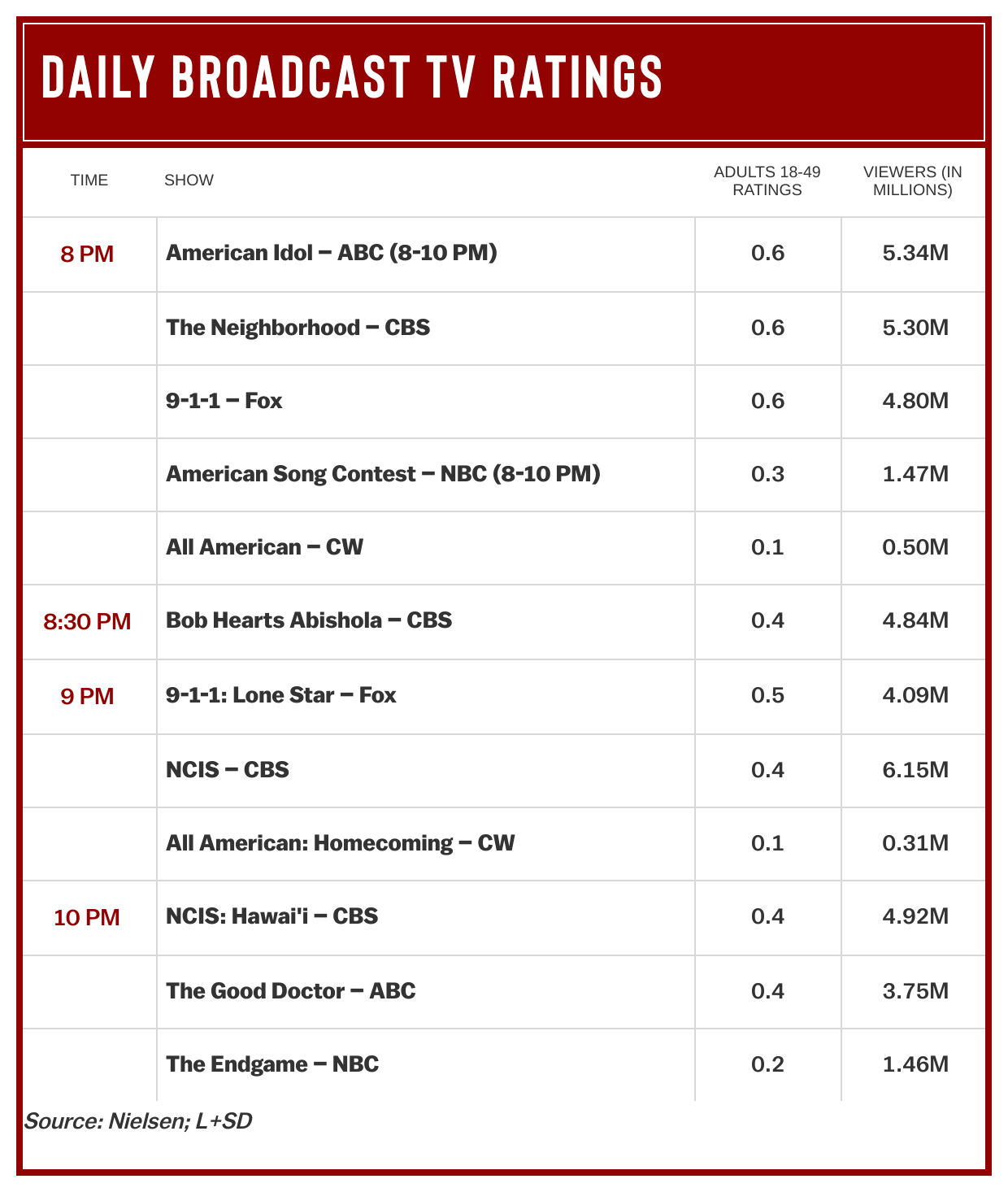