ABC brought together a handful of music’s most notable personalities, ranging from Cardi B to BTS, for the 2021 American Music Awards. While the BTS, Taylor Swift and Megan Thee Stallion were among the musicians walking away with honors, the annual awards ceremony failed to top Sunday primetime.

Going against NBC’s coverage of the Steelers-Chargers game, the AMAs drew in a 1.0 rating in the 18-49 demo and 3.77 million viewers. Marking the night’s fifth-highest-rated program of the evening, the 2021 AMAs were stable from last year’s ceremony (1.0, 3.80M). Like most awards shows this year and last, the ABC ceremony was behind its latest pre-pandemic iteration in 2019 (1.8, 6.73M) by a good margin.

NBC took the night with the Steelers-Chargers showdown, which saw the Los Angeles team win 41-37. The latest installment of Sunday Night Football was down from the previous week (3.4, 12.60M), which also dropped from the week before that.

CBS’ night peaked with The Equalizer (0.6, 6.37M), which returned after a week off for the Adele One Night Only special concert last week, which has since surpassed the 2021 Oscars in viewership.

The CW’s Sunday evening stayed quiet with a new episode of Legends of the Hidden Temple (0.0, 0.32M) and repeats of Masters of Illusion. 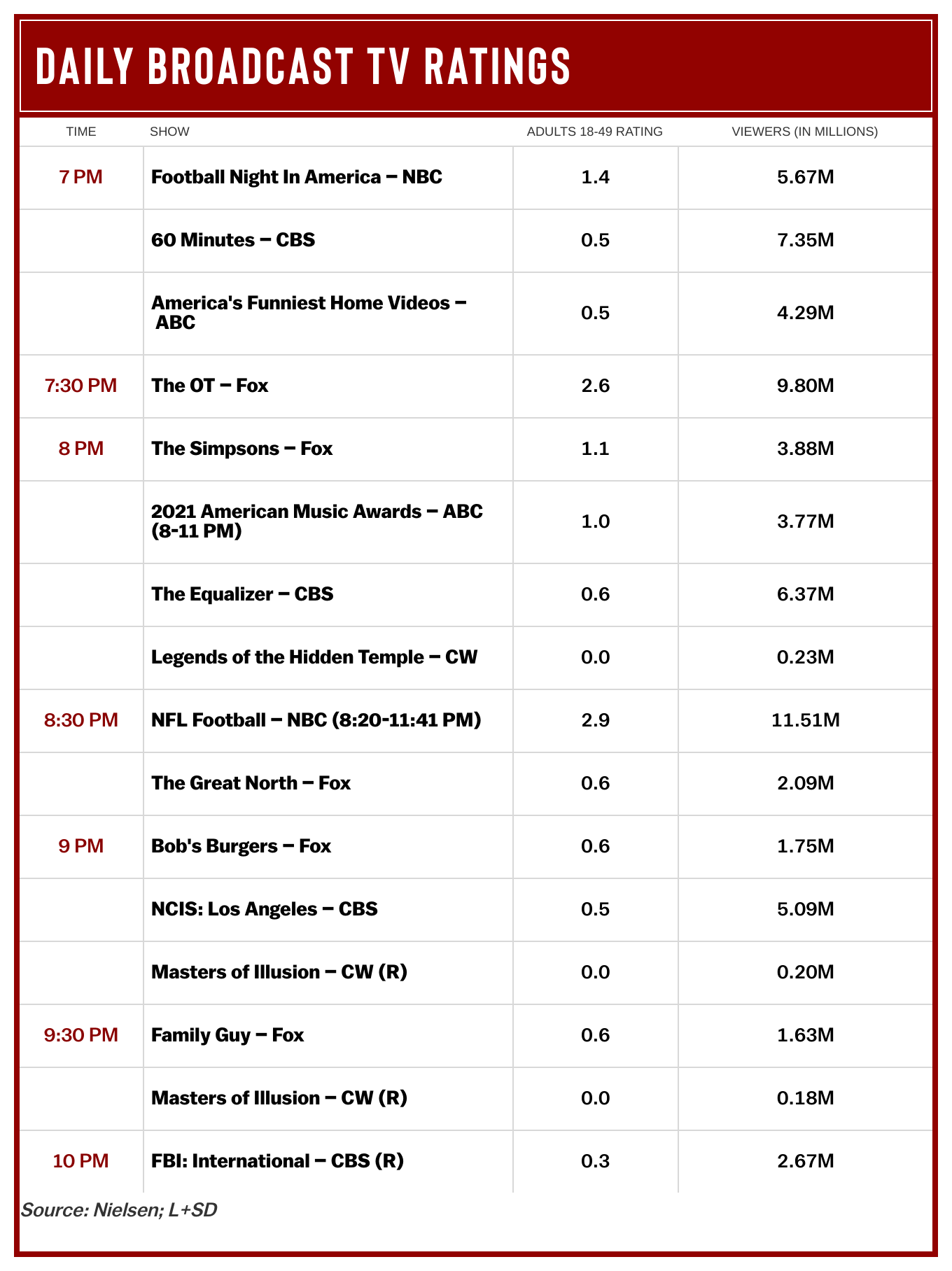 ‘Ghostbusters: Afterlife’ Opening: We Came, We Saw, We Kicked Up $44M+