AMERICA’S Got Talent judge Simon Cowell has shocked fans after he’s forced to do something he’s never done before on the show.

Viewers think the 62-year-old has changed a lot over the years after watching on the latest episode of the competition series. 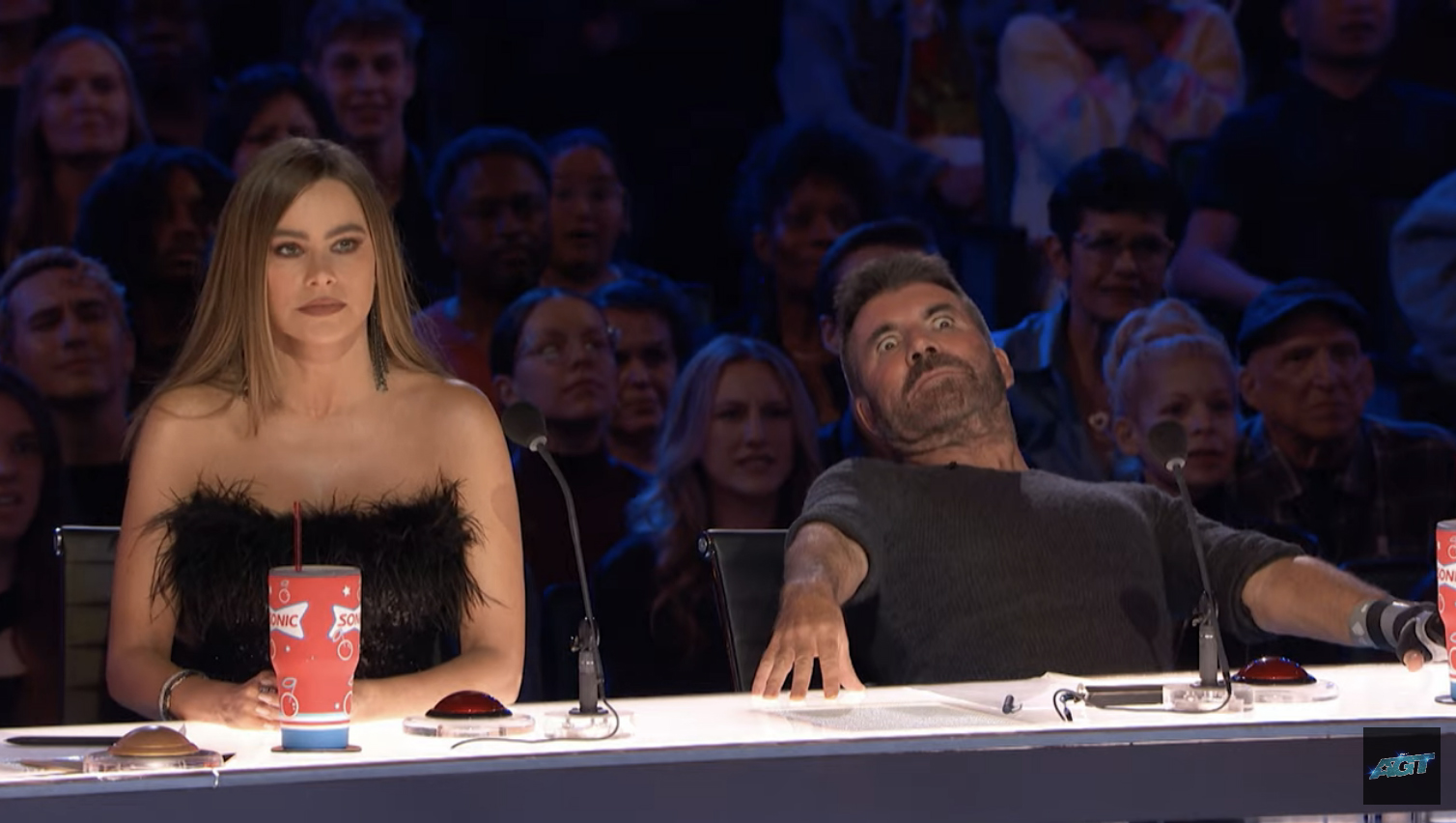 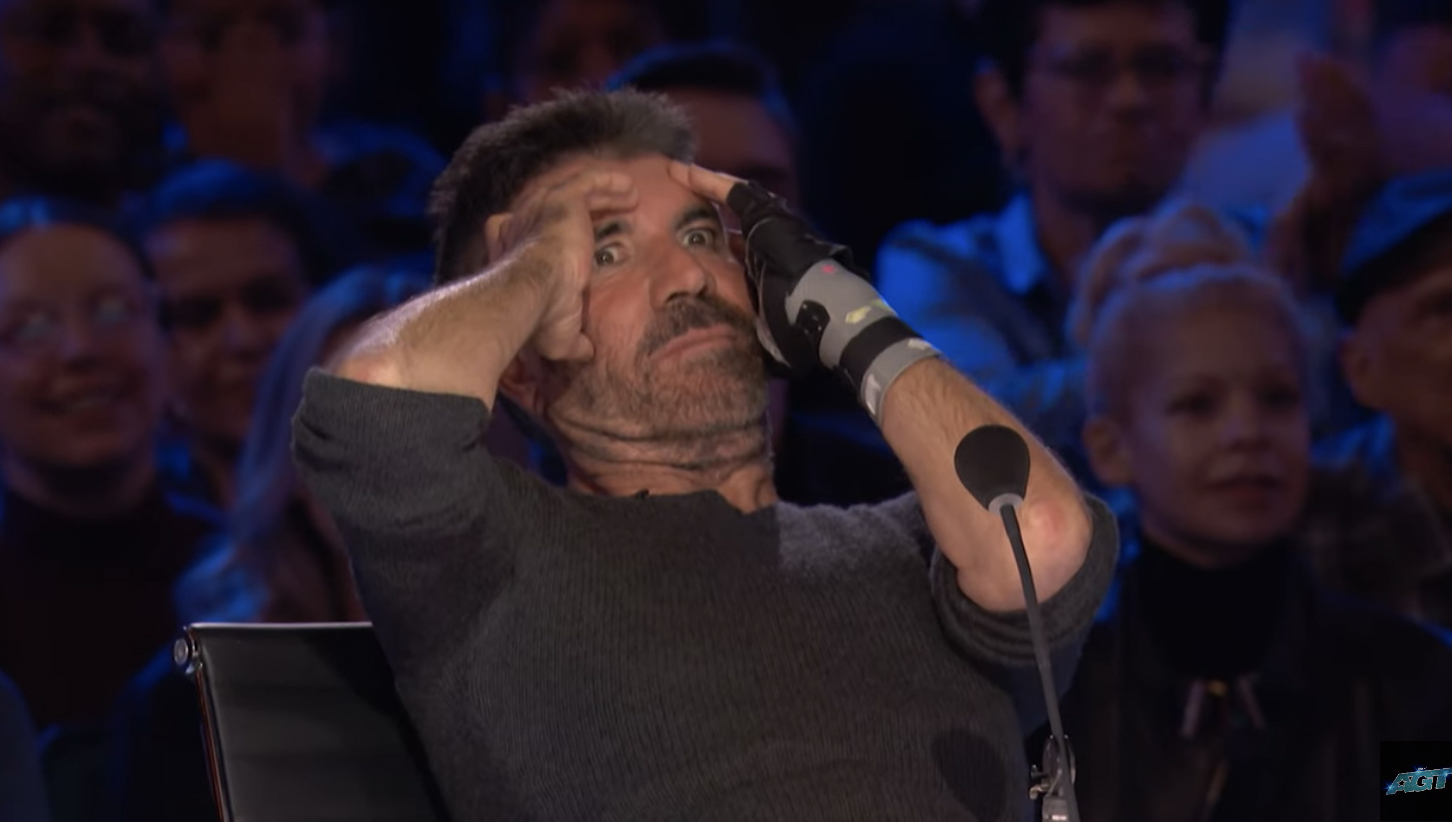 The auditions for Season 17 of America’s Got Talent with a whole new collection of hopefuls.

One, though, was almost too much for Simon to handle.

A contestant named Testa hit the stage to show off his acts of “danger” for the judges.

While he was the one actually testing his limits with the performance, fans said it looked like Simon’s limits were being tested, as well. 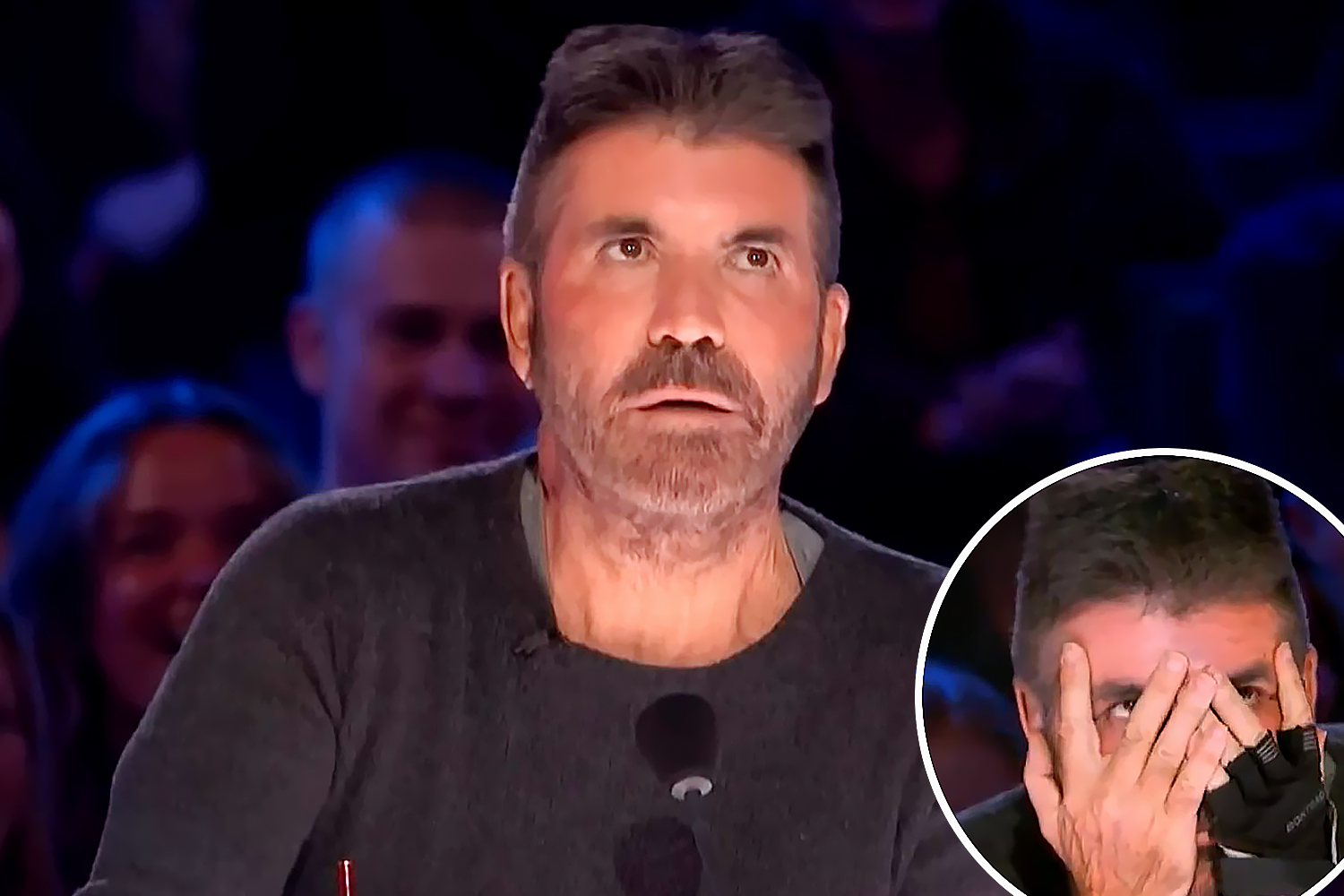 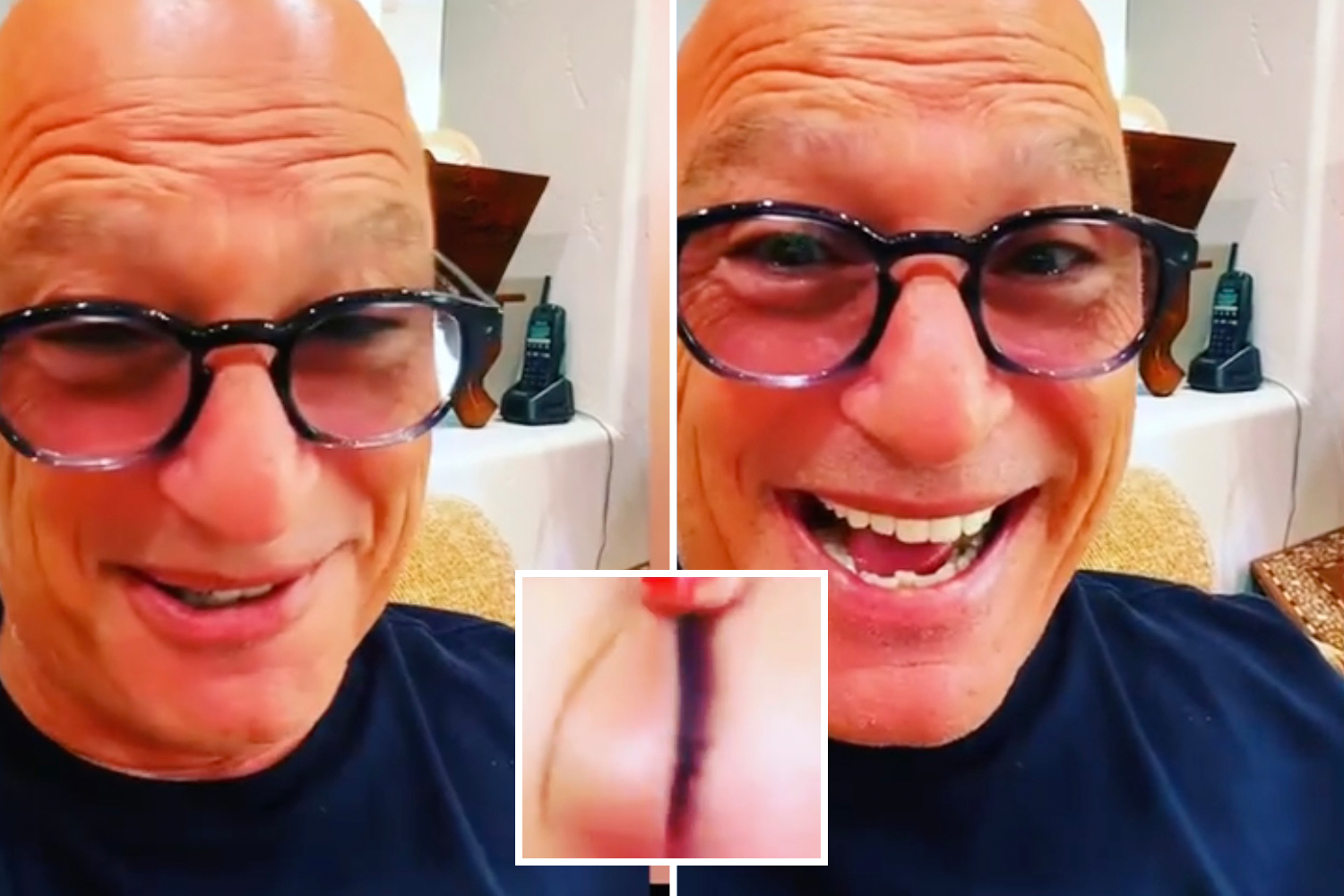 Testa started off by putting his bare foot through a large flame, with his foot blackening.

All of the AGT judges – Howie Mandel, Sofia Vergara, Heidi Klum, and Simon – watched in surprise and fear.

The American Idol alum appeared the most frightened, with fans calling him out for doing something they’ve “never seen” him do before: cover his eyes.

As Testa’s act continued, he began walking up a ladder with the rungs just made of machetes, the sharp side facing up.

Simon looked shocked and scared, with his eyes bugging out, before he completely closed his eyes and leaned back in his chair, as far from the stage as possible.

One surprised fan tweeted: “What the hell makes a person wake up one day and decide to try this?

“Like I'm asking for real? How in the hell was he able to do that without cutting himself?

Another asked the judge: “Lol Simon u ok there bud?”

A third wondered: “How is Simon going to make a judgement. He had his eyes closed the entire act.”

“This act legitimately broke Simon,” wrote a fourth. “He was frozen in time for a second.”

A fifth said: “I saw Simon getting afraid like this first time.”

Last week, while he didn't have to close his eyes, Simon looked frightened after a fight broke out on set.

Two contestants, called the Duo Rag Dolls, caused chaos after they started attacking one another after the judges voted against them.

It all started when the two women, in full face paint and rag doll outfits, went up on stage to show off their act – though, the audience and judges were confused by what exactly that was.

As Britney Spears’ Toxic played, the duo just walked around their living room set, slept on the pink couch, fought over a lollipop and danced badly.

The AGT crowd booed loudly for them, as the judges just sat there, dumbstruck.

Soon enough, all of them hit their buttons and gave the duo four X’s.

This is when they started to calmly nag each other for not doing as well as they should have, and, then, slowly, they began to physically fight.

One angrily shoved the other, which then led the two to start knocking each other into the furniture, falling over the set pieces, shoving one another to the ground, and breaking items over heads.

Security had to come up on stage to break up the chaos, as Simon was left in shock, scared by the scene in front of him.

Eventually they made their way to right in front of Simon, which was when he realized these weren’t regular contestants – they were actually WWE’s The Bella Twins.

Nikki and Brie Bella appeared on the show to prank Simon and the rest of the judges with the fight. 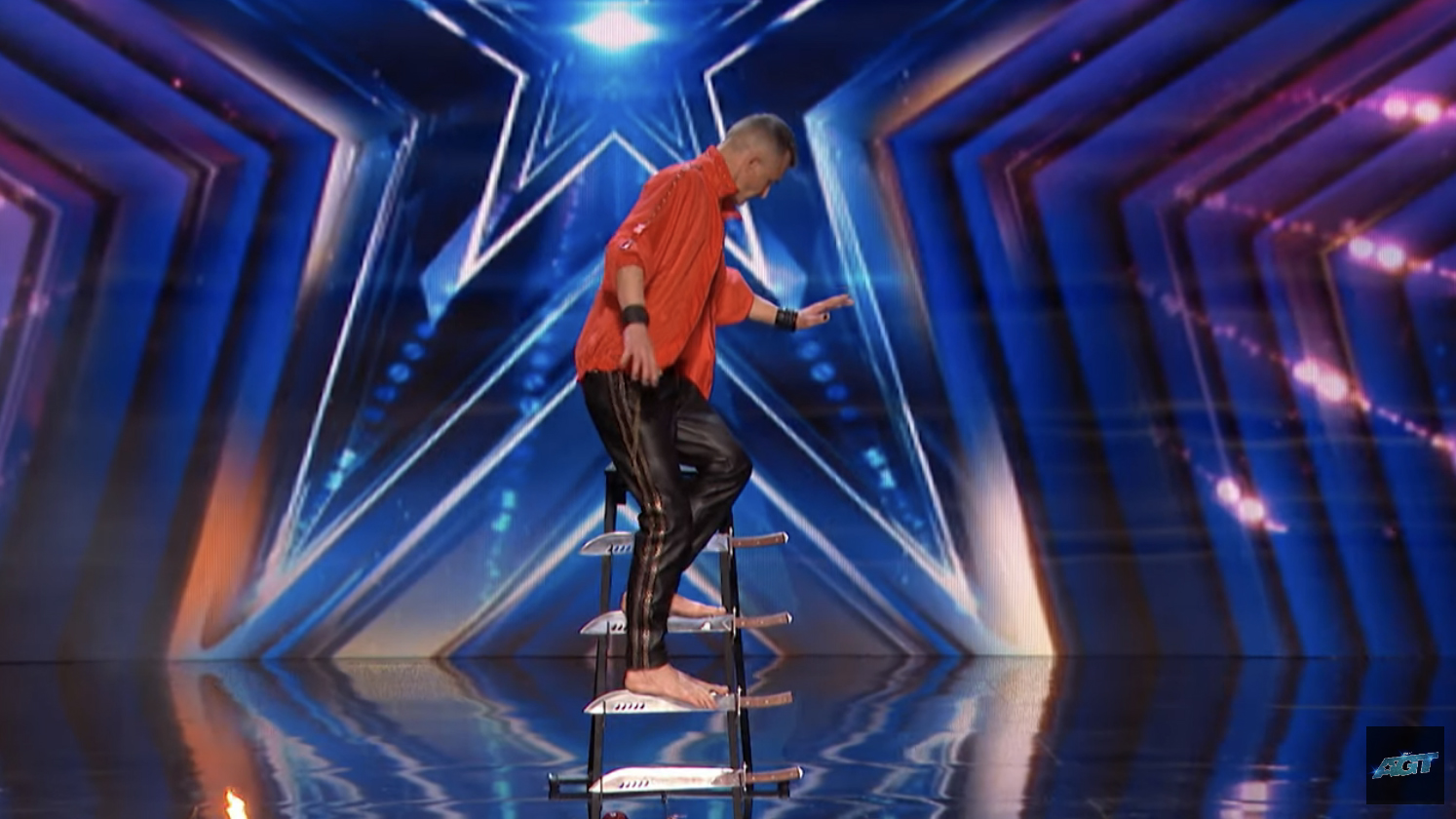 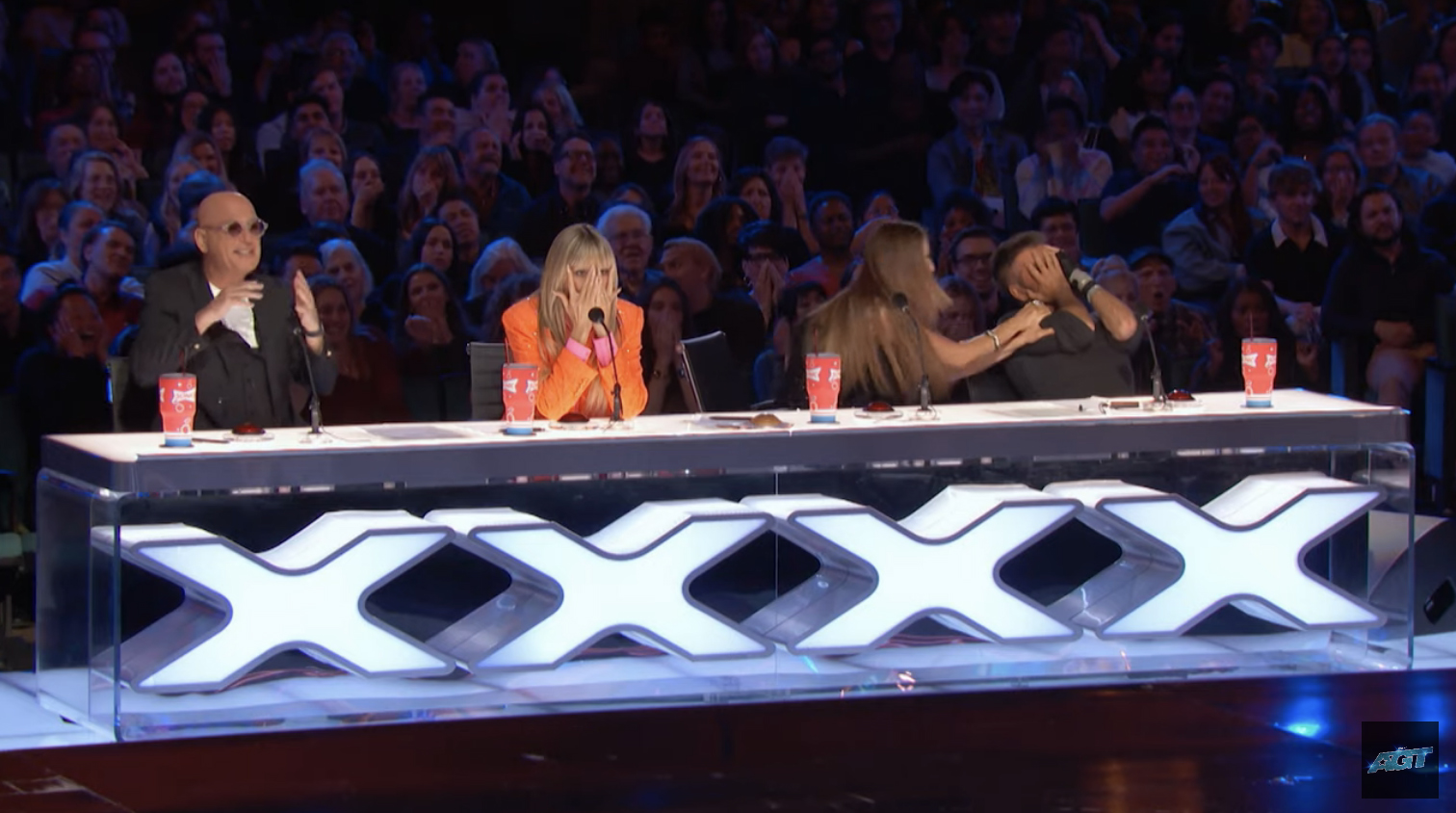