'And Tomorrow The Entire World' Acquired by Netflix 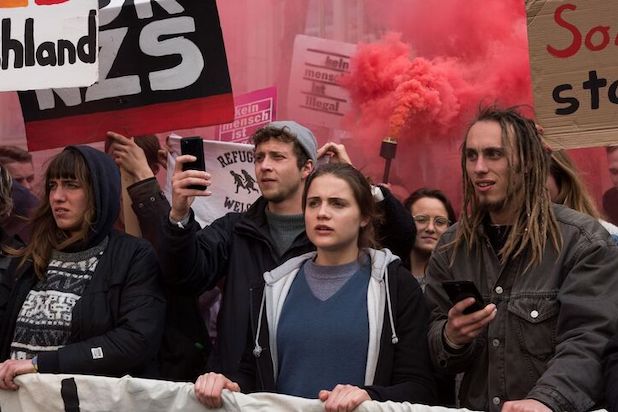 Netflix has acquired the worldwide rights, excluding Germany, to “And Tomorrow The Entire World,” Germany’s Oscar submission in the Best International Feature race that looks at a young anti-fascist protester in Germany battling the rise of the fascist right wing.

Julia von Heinz directs the film that stars Mala Emde in a modern-day film, though the story is in part inspired by the director’s own experience battling the rise of the Neo-Nazi party in the 1990s. The story grapples with the main character’s dilemma as to whether it is justifiable to use violence to combat violence and hate being spread by the opposition.

“I had the feeling now where I can’t do only entertaining films or films to escape from the world,” von Heinz told TheWrap as part of the film’s inclusion in TheWrap’s Awards and International Screening Series. “I have to do films that react to what is happening in Germany, and I have to also be an activist again with my skills now. I totally felt I have to do something.”

Netflix plans to release “And Tomorrow the Entire World” this April. The film first debuted at the Venice Film Festival last year when it was nominated for the Golden Lion, and it won the Best Ensemble Silver Hugo award from the Chicago International Film Festival.

The film was produced by Seven Elephants, Kings&Queens Filmproduktion and Haiku. Alamode Film will handle the film’s distribution in Germany.

and, Entire, the, Tomorrow
Celebrities