AN Antiques Road Trip expert threw his head in his hands after his co-star made a huge profit on letter scales.

A recent episode of the BBC show saw experts Charlie Ross and Izzie Balmer seeking out treasures before heading to auction. 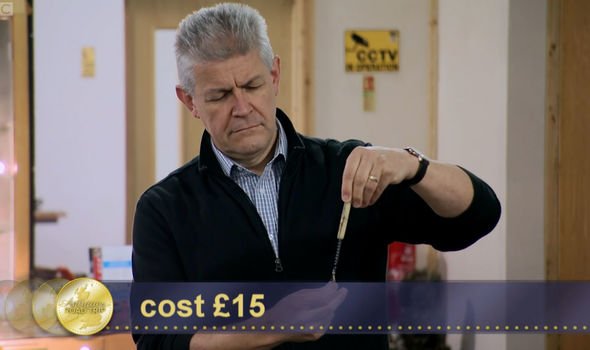 At one point, they each spoke about their favourite item from their co-stars haul, with Charlie saying: "An old fountain pen, but you clever girl, it isn't just a fountain pen, its scales.

"Letter scales to measure in ounces and at £15 I think there is a profit in them."

Charlie didn't know quite how much the letter scales would go for, but he received a shock when the bidding got underway.

He joked: "All your lot, as far as I can see, have gone in the room rather than online.

"I think all four have been sold to the room, are they all relatives? You just know how to do it, don't you?"

The letter scales eventually sold for £60, giving Izzie a whopping £45 profit on the £15 she paid.

With Charlie failing to make as much profit on his items, he placed his head in his hands and said: "You're amazing. Do you think some of it will rub off on me?"

"Well, it's been really fun, hasn't it?" Izzie replied but Charlie replied: "No, it's been dreadful."

As they left he added: "Seldom of a man could have had such a thrashing so early in a Road Trip."

By the end of the show, Izzie had boosted her £200 starting money by more than £100, and Charlie said: "Well done, you. Profits, profits, profits." 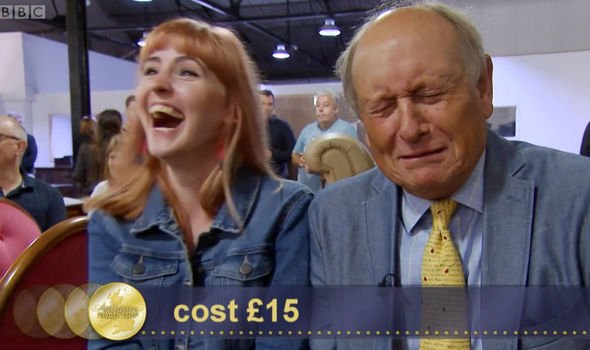 Antiques Road Trip airs on BBC One and is available on BBC iPlayer.