During Sunday night’s episode of BBC’s Antiques Roadshow, host Fiona Bruce and the experts were in Wollaton Hall in Nottingham. Throughout the episode, Eric Knowles met his match with a toy monkey, Susan Rumfitt challenged Fiona to guess the value of three intriguing cameo items and Kate Flitcroft was left stunned by a fire extinguisher cocktail shaker. However, Hilary Kay left one of her guests stunned when she evaluated Queen Victoria’s underwear, leaving him speechless.

Taking a first look at the array of clothing items, Hilary began: “When you see a V.R cypher and the initials under a crown on anything you know that you have something exciting.

“You have a piece of royal clothing. This extraordinary collection of Victoria’s quite personal items, how did they come to be in your family?”

The guest explained: “They came to me from my great aunt, the late 1930s and 1940s she was lady’s maid to Lady Englefield, who was the wife of Edward Fitzmorris Englefield who came from a long line of navel people.

“We found a sketch by Princess Louise of one of the Englefield’s Admirals.” 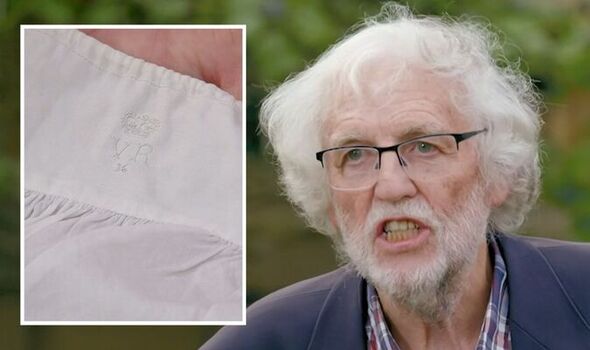 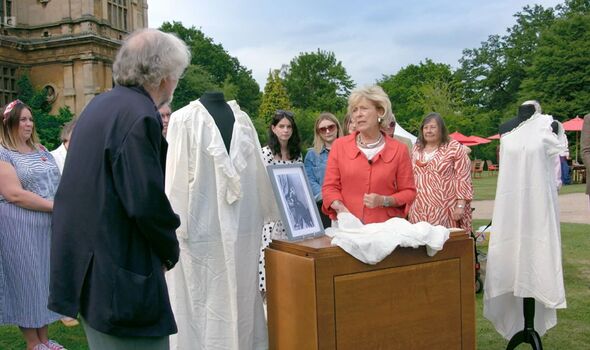 Hilary confirmed: “Louise being one of Queen Victoria’s daughters so somewhere there is a link, but you can’t quite put your finger on it.”

The guest laughed: “Quite isn’t the word. I am miles off.”

Taking a closer look at the garments, Hilary explained: “It is interesting that there are quite a lot of undergarments from Queen Victoria in circulation.

“I have spoken to experts in the Royal Palaces about this and the thought is, is that she asked her staff to give these away. 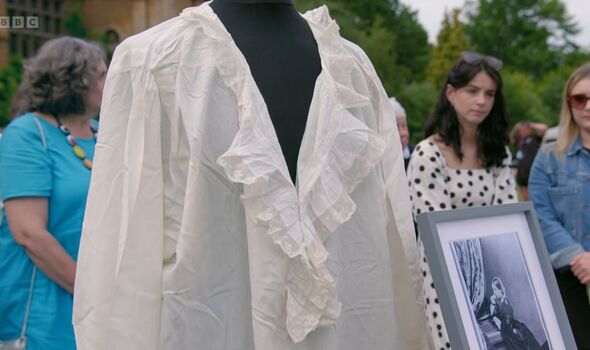 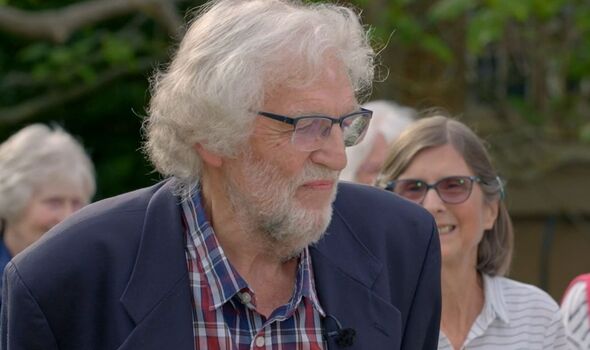 “But I think because of the personal nature of these, I think people did keep them as souvenirs, as a direct link to something very personal to the Queen,” she said.

Inspecting the garments, Hilary touched on the cypher many of the garments had and continued: “Now, all her clothing had a royal cypher.

“The pair of black stockings, they have a royal cypher, you can see VR and number two on there.

“But the things that I suppose people are most interested in are Queen Victoria’s split drawers. Basically, they’re like a pair of bloomers.

“It’s such a brilliant piece of design because if you think about Victorian costume and you would have your drawers because you drew them on first.

“Then you had your corset, you could never get the top of your drawers once you have your corset on, there was no way. What do we say about value?” she asked.

Being honest, the guest replied: “No idea,” before Hilary revealed: “I know that the market is strong and I would certainly say something above £15,000.”

The guest and everyone surrounding the pair gasped as the value was announced and left the guest lost for words.

“Right…” he quipped. “That’s a lot of money! Worth hanging on to then, very good.”

Speaking to the camera after, he explained: “I’m amazed that there is such interest that people want to pay so much money for this sort of item.

“I think we need now to make sure they’re looked after safely and perhaps better than just being in a box.”

Antiques Roadshow airs Sunday from 8pm on BBC One.