THIS is the awkward moment Katie Price's exes Kieran Hayler and Kris Boyson bumped into each other with their new partners. 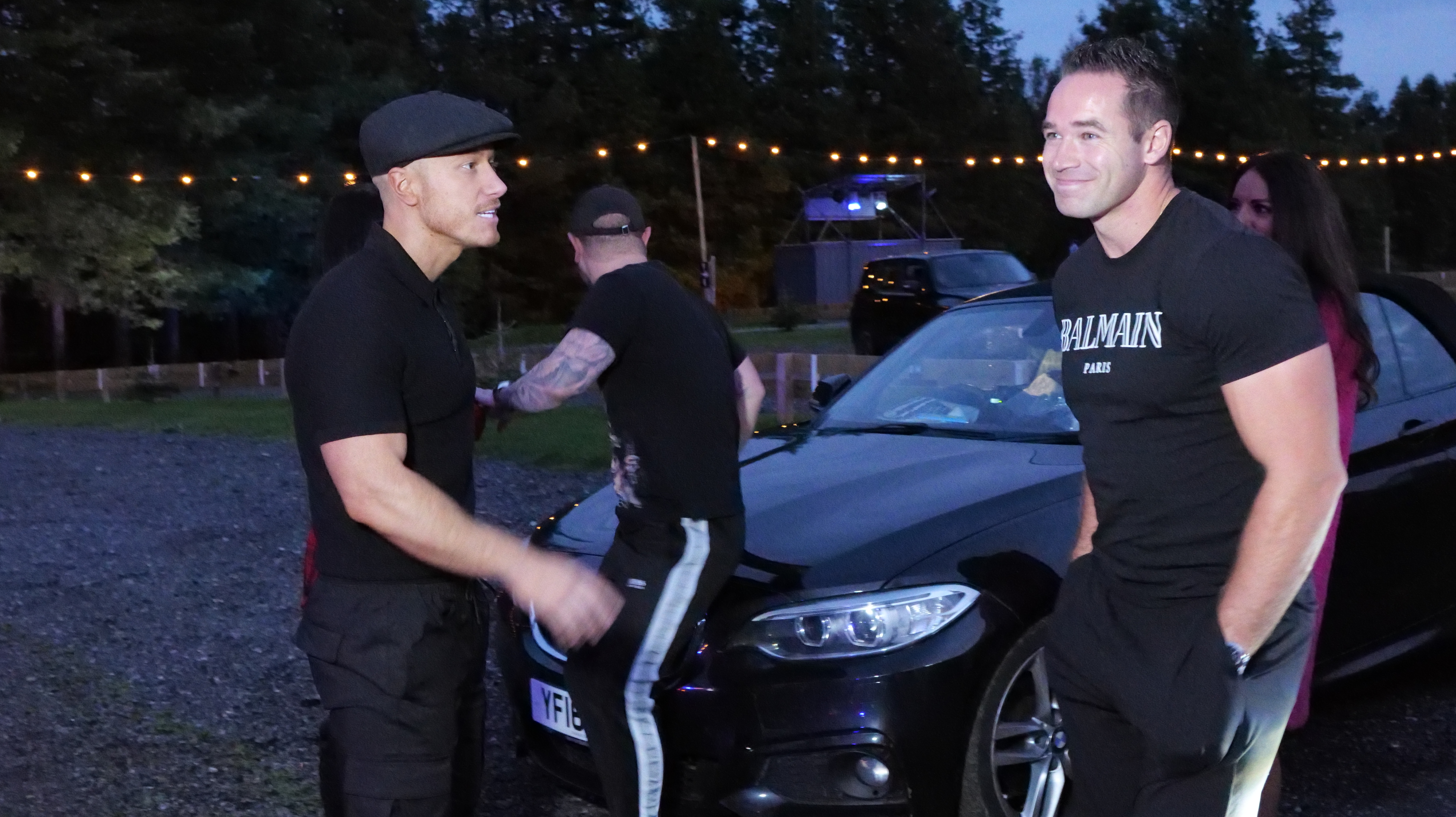 And despite all the guests watching from their cars, it wasn't enough to keep the pair apart – as they ended up chatting happily outside of their vehicles.

However, an onlooker told The Sun Online the evening had got off to a heated start – as they heard raised voices.

The insider revealed: "There were some frosty looks between Kieran and Kris as they were parked two cars away from each other as they were queuing for their press photos.

"When they parked up, Kieran left his car and stormed towards Kris and Bianca's car. Michelle looked like she was holding him back from going over. There were definitely some raised voices but I couldn't hear what was said." 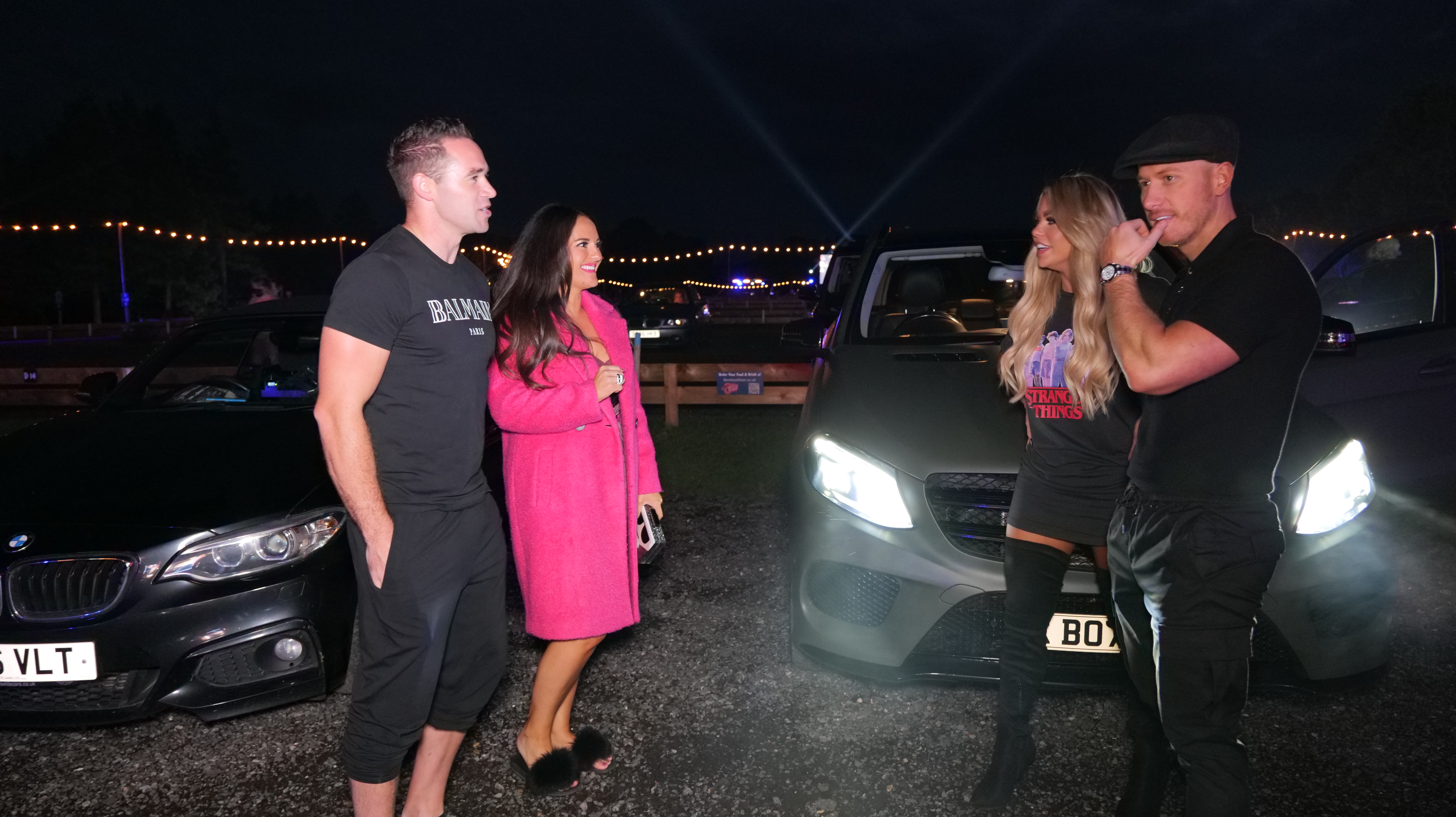 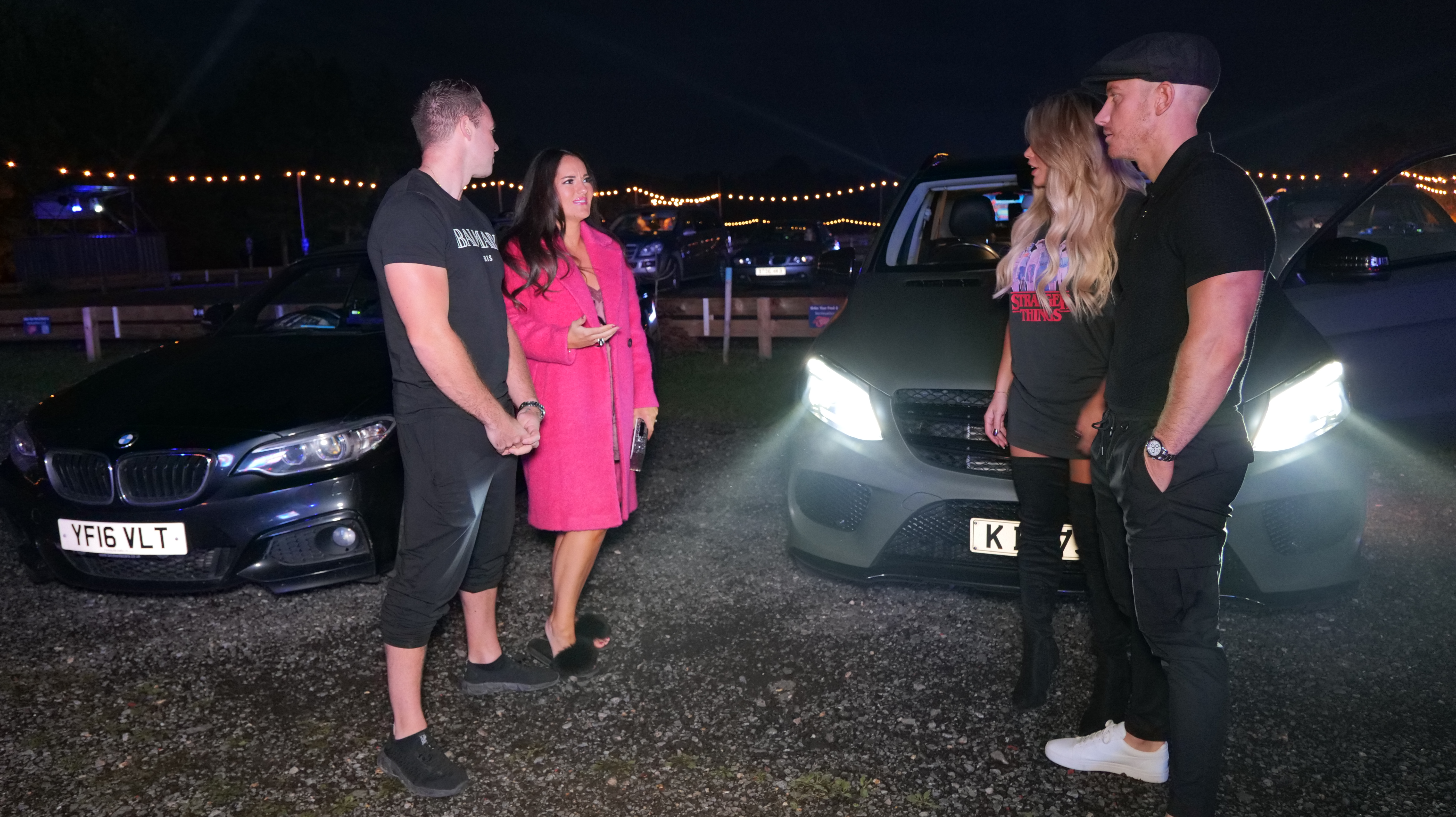 Luckily, it all ended well and the lads just had a chat – with a source close to Kieran joking that it "looked like a double date".

Former stripper Kieran, 33, wore black three-quarter length trousers and a black T-shirt – though he turned up in his underwear – while Michelle donned a large fluffy coat. 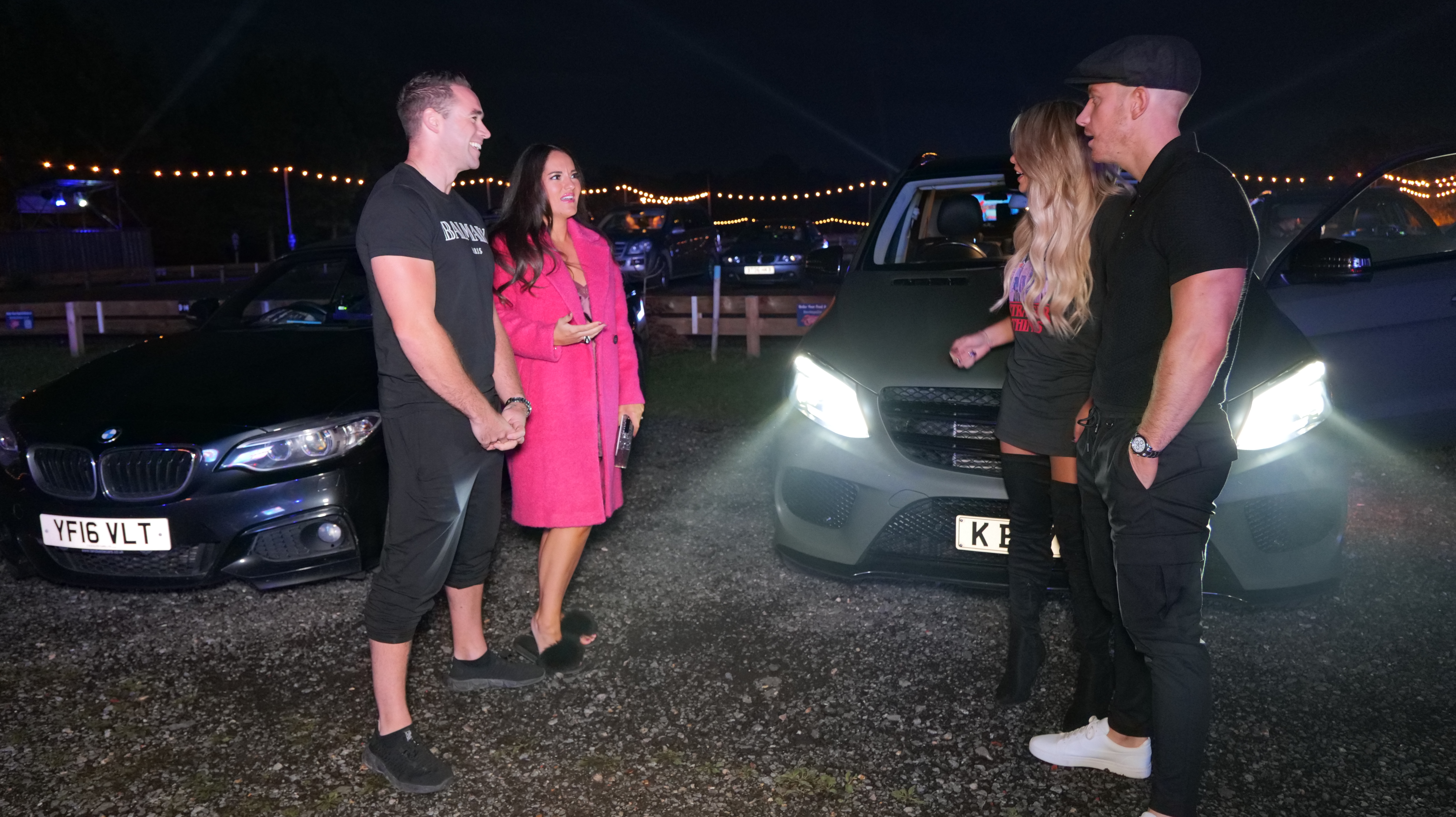 Kieran is Katie's ex-husband and the father of her youngest children Jett, seven, and Bunny, six.

She dated Kris on-and-off for several years, before finally calling it quits in December last year.

Katie might not be too happy about this meeting as she is currently engaged in a public feud with Kris. 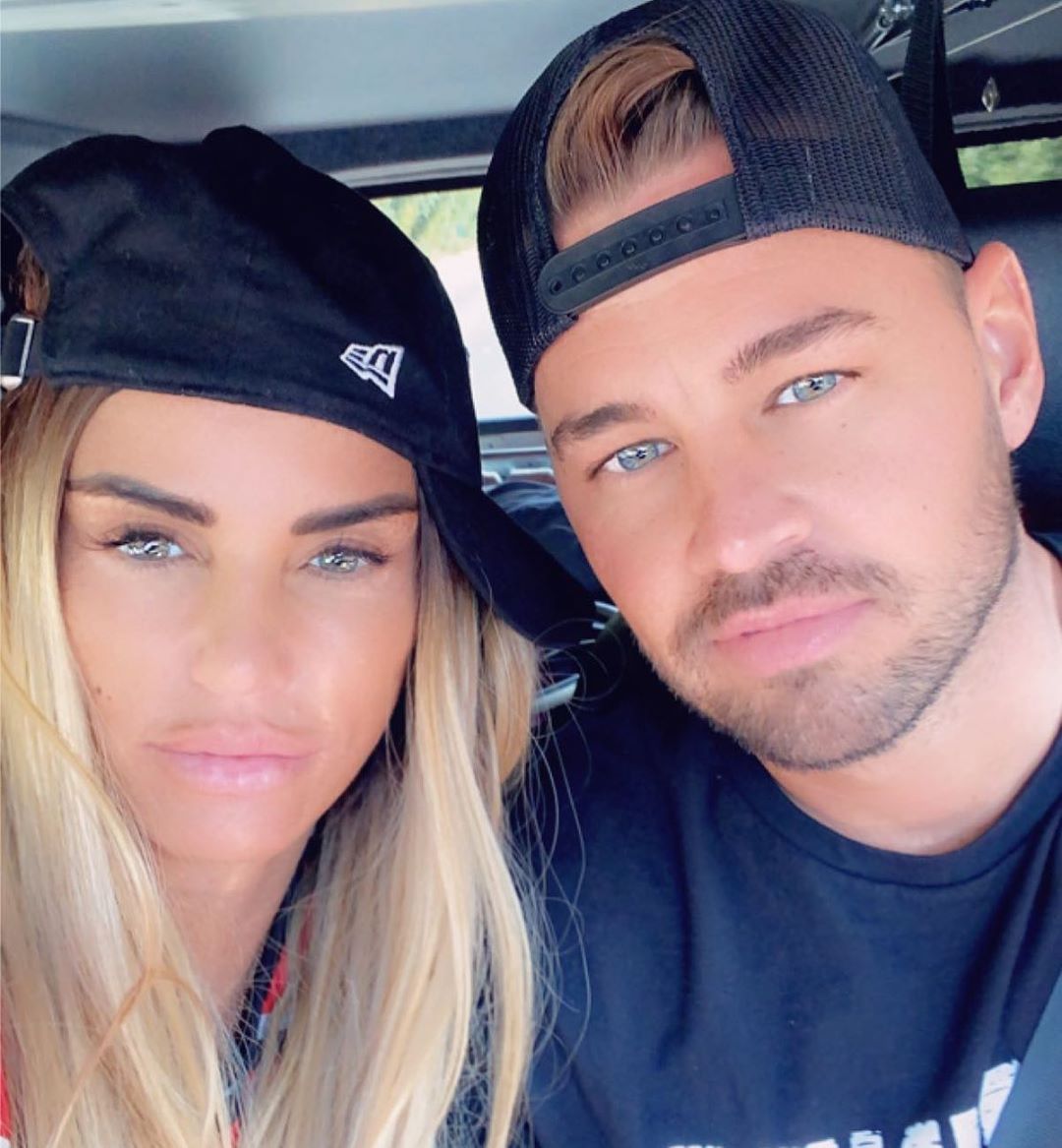 Her ex accused Katie of sleeping with three other people when they were together – and how he was left to babysit her five children while she cheated on him.

Katie hit back and accused him of using her for a "cheap headline".

She told The Mirror: "I’ve been in the media all these years and all I’m going to say is every time there’s been a guy, and it goes back years, 'Kate’s lying, I haven’t done this, Kate’s lying on that', and the truth always comes out that I was telling the truth every single time, you know it happens with every situation."

"And just remember, everything I say, I have evidence. Anyone can run their mouths about me, if it makes them feel good to use me as a cheap headline it just explains what they’re about." 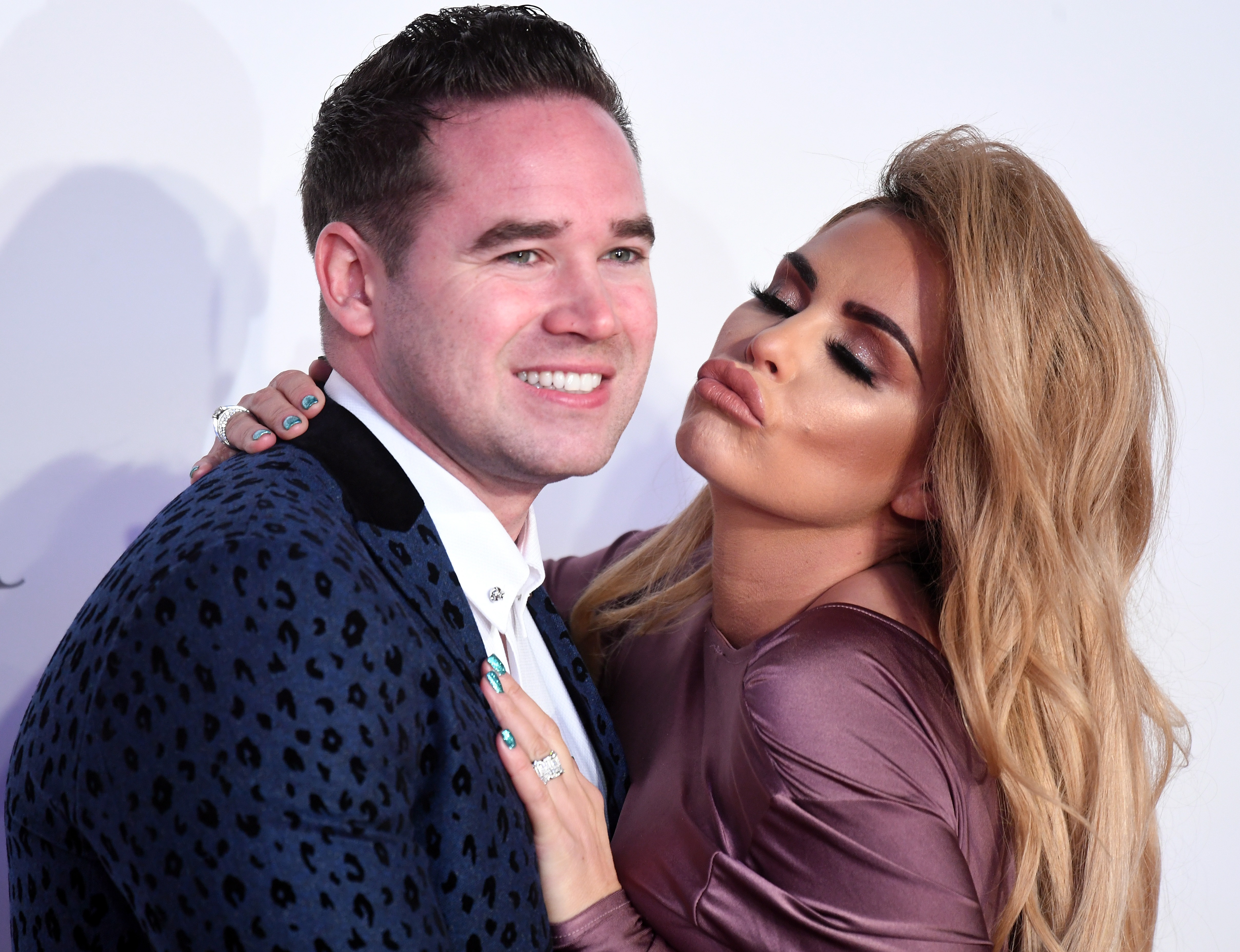 Kris also accused the former glamour model of thinking "endless nights staying out were more important than coming home to the kids", and referenced how he supported her during her stay at The Priory amid their romance.

Kris fumed: "Their dads will vouch for this as they've acknowledged it before; I treated every one of those kids as though they were my own.

"Let's not even talk about Harv; I was there 24/7 for that kid and gave him every bit of support and helped him out in every way I could.

"I'm not here to ruin anyone or open a can of worms but remember that whole weekend that you went to that hotel with that Drury fella? Who was looking after the kids? 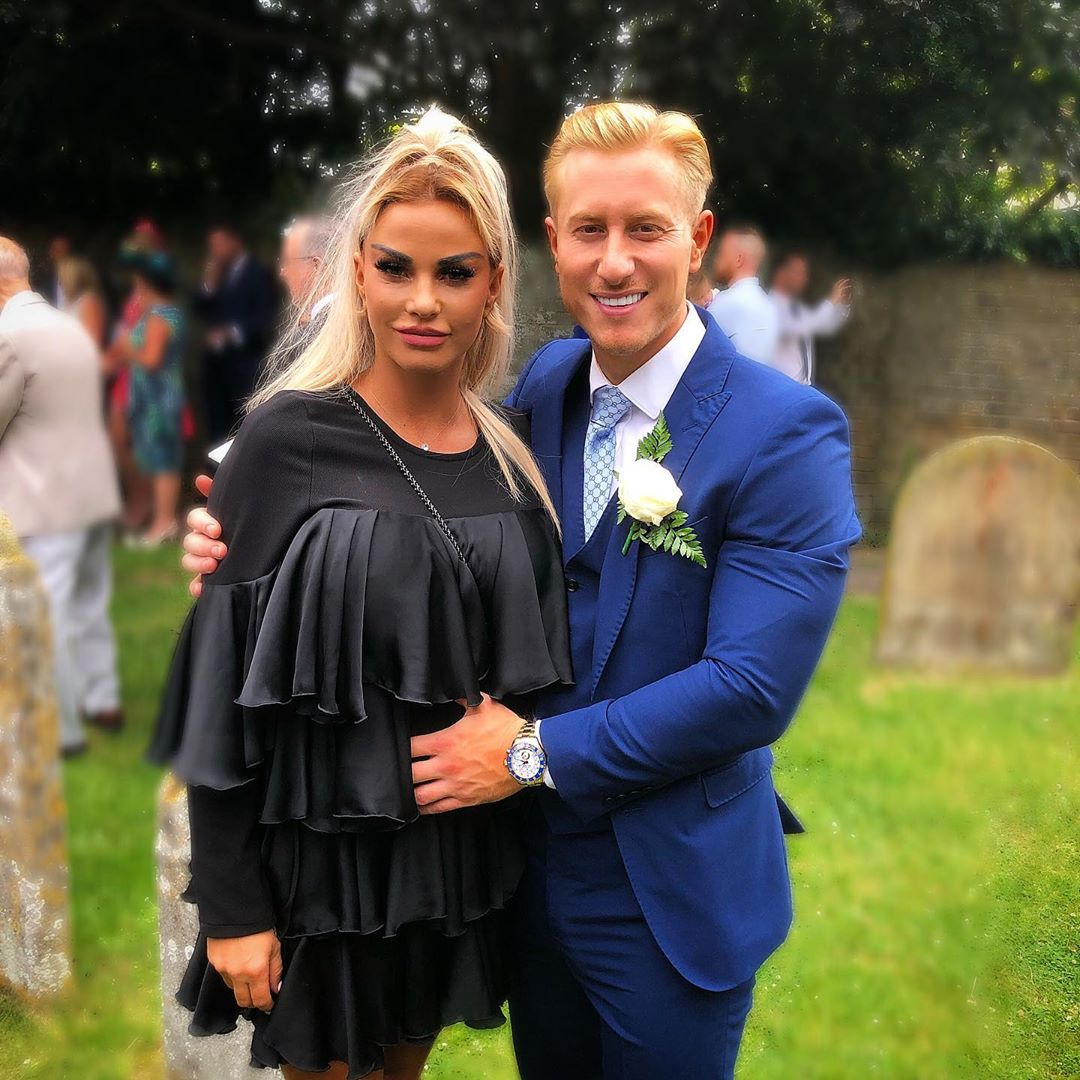 "Who was building them new bedrooms and working my ass off between work to make your kids comfortable in my house?

"I wouldn't want to start touching on the endless nights that staying out was more important than coming home to the kids."