“That’s the one prank that made everybody so mad,” the actor says 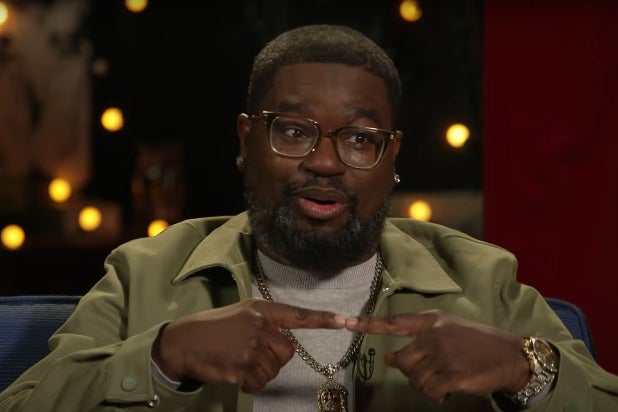 On a recent episode of “Conan,” Lil Rel Howery opened up about a prank that took place on the set of his new movie, “Bad Trip” — one that took a bad turn and nearly made him quit the film.

“I’m an actor, man…I’ve never called myself an actor — I’m not Johnny Knoxville, this is insane to me,” Howery told Conan O’Brien as he relayed the outlandish story to the host.

A hidden-camera prank comedy, “Bad Trip” is a buddy movie about two friends Chris (Eric Andre) and Bud (Howery) who take a road trip from Florida to New York in pursuit of one of their high school sweethearts — and involve the unassuming public in their antics along the way. One of these antics? The two friends getting their penises caught in a Chinese finger trap and asking strangers for help.

“No one here wanted to help you,” cut in O’Brien, which we feel is pretty understandable. “And people were mad.”

“That’s the one prank that made everybody so mad,” agreed Howery, before continuing with how the prank went down. “We went into a barber shop, and they led us into the wrong barber shop — our security wasn’t in there, there wasn’t any cameras in there.” Howery went on to explain how the shop owner, seeing two men walk in with their penises attached, “was so angry. We walked in there very humble, like ‘excuse me sir,’ and he’s like hey man what ya’ll doing?’”

According to Howery, the owner started looking for a gun. When he couldn’t find it, he went for a knife instead and chased the two actors out of the shop. “I quit,” Howery said. “I literally kept my costume on and walked to the hotel.”

After making it back to the hotel (with the Chinese finger trap still attached), Howery called his Tiffany Haddish and his agent and told them he was done. The silver lining of Howery prank gone wrong? It was that angry phone call to Haddish that got her cast in the film. Haddish apparently called Andre after talking to Howery and asked if she almost got her friend killed. When Andre said yes, Haddish told him she needed to be in the film because she loved that type of stuff.

“Bad Trip” is out on Netflix now.